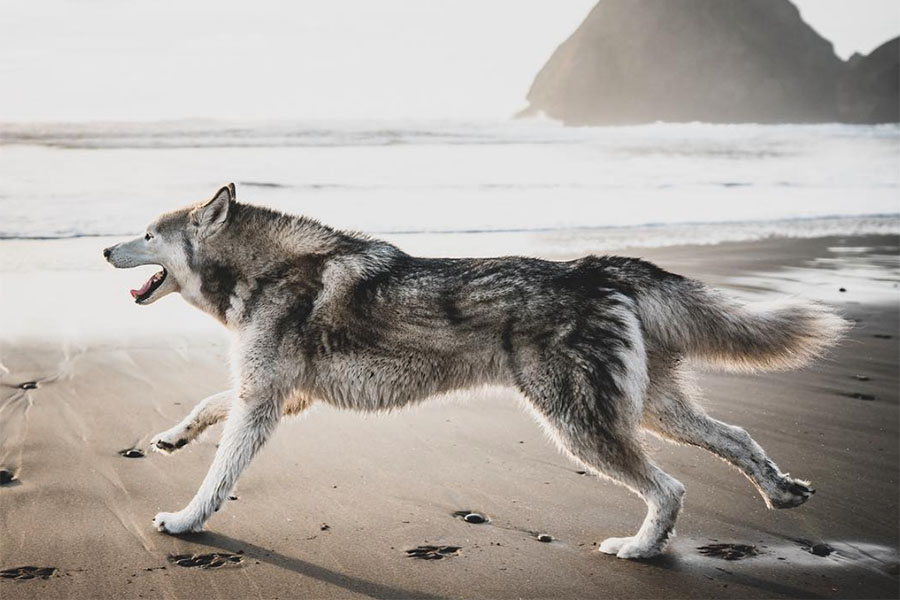 Loki is the most famous “wolfdog” in the world.

The Colorado-based dog has over 2 million passionate followers on Instagram.

Perhaps the most famous variety is the Czechoslovakian Wolfdog. Others include the Sarloos Wolfdog, Malawolf and more.

Owning a wolfdog is a huge responsibility that should’t be taken lightly.

If you want to learn more about these wolfdogs, you could start by checking out some Wolfdogs on Instagram. 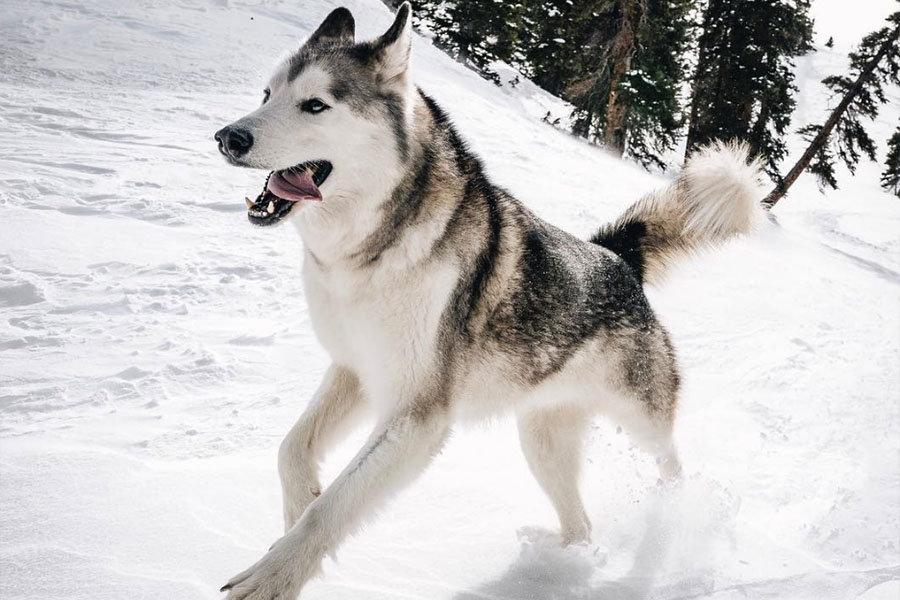 Here are 20 wolfdogs to follow on Instagram if you want to learn more about the different varieties of wolfdogs.

The native Irish Wolf may have died out with the invasion of Oliver Cromwell in the second half of the 18th century. However, the Republic of Ireland has an increasing number of Wolfdogs starting to appear. Willow (@willowrussell.wofldog) is a Czechoslovakian Wolfdog with a positive outlook on life. You can find Willow exploring the rugged Irish coast and landscapes.

We’ve got another Czechoslovakian Wolfdog (or Perra Loba Checoslovaca) up next. Aria (@aria_wolfdog) is based in Barcelona, Spain. This one-year old wolfdog has a soft spot for beaches and mountains.

Swapping Europe for the United States, our next stop is Colorado. Michelle’s Mutts (@adventuresofthewildlings) are closing in on 5,000 followers on Instagram. These two adopted Mutts can be found exploring the beautiful Colorado mountains. They’re advocates of bringing the Gray Wolf back to Colorado.

Raja and Ouray (@greywind.wolfdog) are based in Italy. They’re a wolfdog duo – more specifically a Saarloos wolfdog and an American wolfdog. These endless roamers love to hike and explore in Italy.

This account (@wolfy_and_donkey) is “just a tail of a wolf and her donkey”! Kimber is a two-year old high content wolfdog that lives with Donk, an aptly named two-year old Burro. Based in northern California, you can watch the incredible bond formed between these two animals.

Proving that Italy is a hotspot for Wolfdogs, Jessica Pecorari (@jessica_pecorari) has a stunning pack. She breeds North American Wolfdogs in Italy. Her wolf pack include Rebel, Django, Neeka and Lupo. If you want an insight into life as a breeder of Wolfdogs, this is the account for you!

Moving to the United Kingdom, Dylan The Wonder Wolf (@the.johnson.bottrill.clan) is a Czechoslovakian Wolfdog based in Northamptonshire. He’s a house wolf that likes to nibble ears, find treats and be an all-round good boy.

Saaya (@saayawulf) is a two-year old Wolf dog exploring the world. His Instagram account is a wolf advocate that wants to save the world’s wolves and protect the wildlife.

Moving on to our next Wolfdog, we’ve got Willow The Hybrid (@wander_with_willow). Willow is a 44.2 per cent Gray Wolf, as well as 23.9% Alaskan Malamute, 14.4% Siberian Husky, 11.8% German Shepherd and 5.7% Belgian Sheepdog. You won’t forget this majestic wolfdog in a hurry!

Next up we’ve got Sarah Whitewolf (@sarahwhitewolf87). She’s a vet tech with a passion for Wolves. This punk rock lover has a white Wolf and a black Wolf (plus a Siberian Husky).

Orco (@life.of.orco) is a stunning Czechoslovakian Wolfdog that lives in Slovenia but can be found exploring Europe with owner Tomas. Both dog and owner have a “shoot RAW – eat RAW” philosophy! There’s no doubting the outstanding beauty of Orco and his photos.

Ironwood Wolves (@ironwoodwolves) are based in Columbus, Ohio. They provide an educational facility to teach people more about wolfdogs. Their ambassadors include Lucian, Cana, Logan and Luther live with three foxes. You can learn more about their works as ambassadors by clicking here.

What is an ambassador? Here’s Ironwood Wolves to explain:

These are are specially trained and socialized ‘working’ animals with an extremely important job: to represent their species and help promote conservation and better understanding.

Wolfdog training and ownership is a challenge, writes Keisha Wolfdog (@keisha.wolfdog) in their Instagram biography. They go on to add that it should only be considered after thorough research. That’s responsible dog ownership! Keisha is 24.4% Gray Wolf (as well as 27.3% Siberian Husky, 26.8% Alaskan Malamute, 10.9% Alaskan-type Husky and 10.7% German Shepherd.

Moving onto our next wolf pack, the leader is Jennifer Ilene (@jenniferilene). She’s a deaf photographer who takes pictures of a wide variety of animals. If you’re a wolf lover and an all-round animal lover, this is the account for you. Jennifer already has 45,400 followers.

Living in Germany are Milo and Namid (@verwolft). They’re two wolfdogs born in 2018. Living in Stuttgart, you can follow their wolf adventures. Their mom Nici has started a YouTube channel called “A Wolfy Life” too.

Aspen Valley Wolves (@aspenvalleywolves) provide education about wolves and wolfdogs through their ambassadors. Khloe, Leonidas and Aurora make up their pack of three. Khloe and Leonidas do meet and greats as well as photography projects.

We’ve got Jeremy and Njord (@wolf_instinct) who are based in France up next on our list. These two adventurers are advocates of healthy lifestyles with your dogs (and wolfdogs).

We’re leaving France and heading to California to meet the next wolf pack. Archer, Sol, Luna and Cricket (@desertbunnyandwolf) are a pack of four. Archer is described as a high content wolf dog, while Sol and Luna are low content wolf dogs. Last but not least, Cricket is a rescue mix.

We love Jimi Hendrix’s quote displayed on the profile of Honza and Sitka (@kopernikk). Their story began in November 2014 when Honza met Sitka. He writes on his website: “From this moment, we are still on our way to discovering the beauty of this world”. Over half a million people are following their special moments captured by this pair.

Loki is a Wolfdog (@loki) with over 2 million followers on Instagram. Loki currently live outside of Denver, Colorado with his owner Kelly Lund. Together, Loki and Kelly love new adventures and to explore new places. Loki’s bio poses a philosophical question: “Why does watching a dog be a dog fill one with happiness?” There’s something peaceful about watching Loki’s adventures in all manner of landscapes.