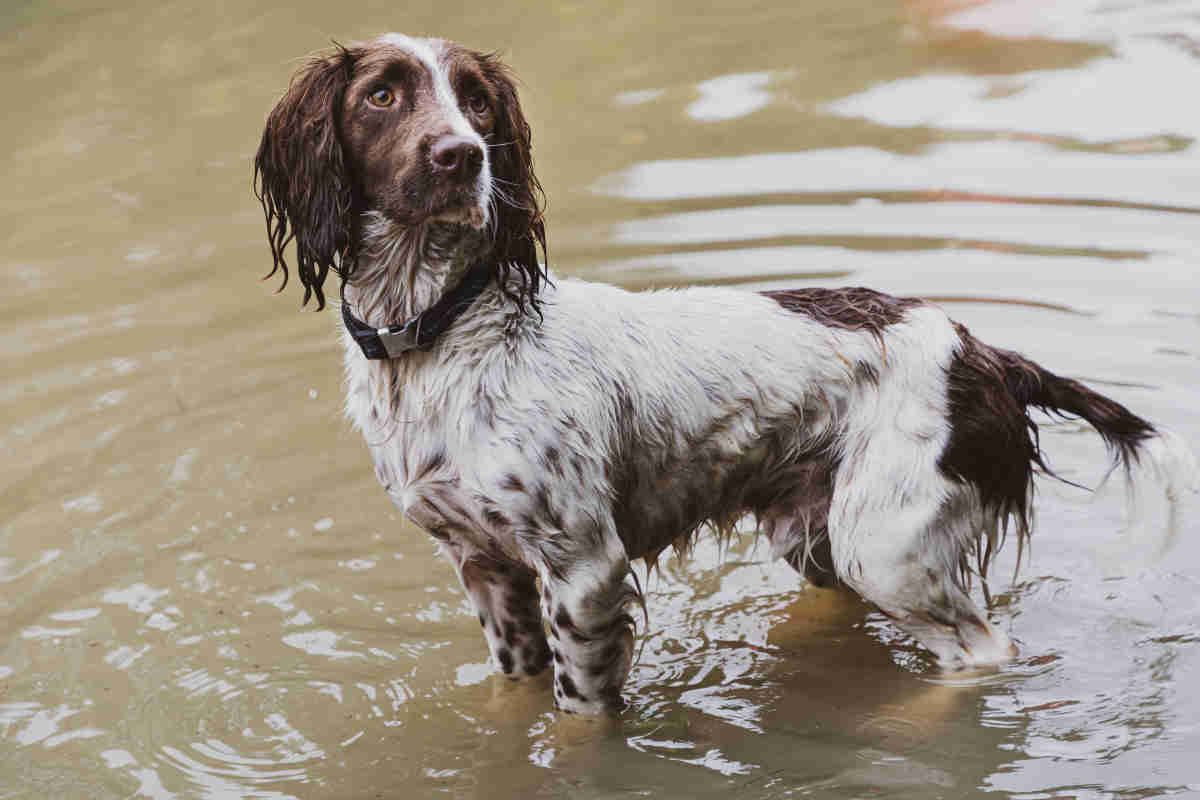 The Sprocker Spaniel is a popular cross breed in England.

The Sprocker is a cross between a Cocker Spaniel and a Springer Spaniel, combining the features of both breeds.

The Sprocker Spaniel has nearly 400,000 entries on the photo-sharing app.

In this article, we’re going to take a look at 20 Sprocker Spaniels to check out on Instagram.

Luna (@thebucketlistdog_) is a Sprocker Spaniel who loves an adventure! Her biography reads: “Stop dreaming about your bucket list and start living it”. Luna lives by this motto as the eight-year old lives her best life.

Lola and Ivy (@sprockerlola) are Sprocker Spaniel sisters who are still relatively young pups. This Sprocker duo have a red fed diet that keeps them fuelled for their many adventures around the UK.

Nelly (@nelly_sprocker_spaniel) likes to nibbles on toes in Essex. This adorable Sprocker has a number of passions in life, including sticks, twigs and kibble. Her dislikes include vets and being told no!

We’ve got a Sprocker Spaniel girl called Harley (@harley_chocolate_sprocker) up next. She’s not even a year old but Harley has been melting hearts on Instagram. Fulled by a raw diet, this Scottish Sprocker loves walkies run, sun or snow.

Willow and Olive (@southcoastspaniels) are described as typical Spaniels trying to live their best life. Based on the south coast of England, Willow and Olive aren’t afraid to get their paws muddy!

Willow (@walkswithwillow_) is an account based on Willow, Willow’s mum and her camera. With a collection of beautiful photos, it’s no surprise that Willow has amassed a follow of over 5,500 followers.

Monte (@sprocker.monte) is a one year old Sprocker Spaniel who loves to get out and exercise. Whether it’s running on the beach, playing in the snow or watching the local wildlife, Monte is an active pup!

Bella (@bella_thesprockerspaniel) is a Sprocker Spaniel based in the West Midlands, The one year old is fast closing in on 7,000 followers on Instagram. She’s got a happy face that’ll make you smile!

Chester and Cooper (@spanieldaft) are a Roan Sprocker Spaniel and a show Cocker Spaniel. This account will give you an insight into the subtle differences between the pure breed and hybrid dogs. Living in Scotland, these two Spaniels love explore the country’s rugged landscape.

Maisie (@spaniel.adventures) is a Sprocker Spaniel who is having lots of adventures in sunny Cornwall. She’s following in the footsteps of Millie. You can follow Maisie and her own explore the dog friendly spots in the English county.

Bentley and Morgan (@meet__the__sprockers) will sprinkle your Instagram feed with a little Sprocker love. They’re happiest in mud wherever they go! This regal duo are on the cusp of the 10,000-follower milestone.

Finn (@finnandhiswig) is a Sprocker Spaniel with a magnificent head of hair. He loves having his photo taken as a self-confessed poser! You can enjoy Finn’s misfortunes with hair – which isn’t a wig by the way!

Buzz Lightyear (@buzzlightyearthesprocker) is a chocolate Sprocker Spaniel who lives in Brighton. Buzz is less than a year old with big brown eyes and fluffy ears. This Brighton pup has over 9,500 fans on Instagram.

Tilly (@tilly_the_sprocker_spaniel) is a Sprocker Spaniel who will turn two this summer. This pretty lady can be found posing for a photo in lush woodland. With a dark brown coat and striking auburn eyes, Tilly is a show stopper!

Jasper (@sprocker.jasper) has an important profession: chasing leaves. Jasper has been born and raised in the North East of England. This leaf chaster has nearly 11,000 fans on the photo-sharing app.

Mango (@mangothesprocker) is a Dorset pup who loves to hang with her sibling JJ. This black Sprocker can often be found on the lovely beaches in the English county.

Ted and Mabel (@sprocker_oclock) are just two crazy Sprocker Spaniels living their best life. This duo have big smiles wherever they go. They’re close to hitting the 12,000-follower mark on Instagram.

Roshe (@roamingwithroshe) is named after some Nike trainers. The Sprocker Spaniel lives in the highlands of Scotland, which explains why Roshe’s account is full of breathtaking photos. Roshe is a spotty pawed boi with over 13,000 fans.

Jasper (@jasperthesprocker) is a Sprocker Spaniel based in Plymouth, Devon. He’s a dog with a blog! This handsome boy has over 13,600 fans on Instagram – and it’s easy to see why with his good looks!