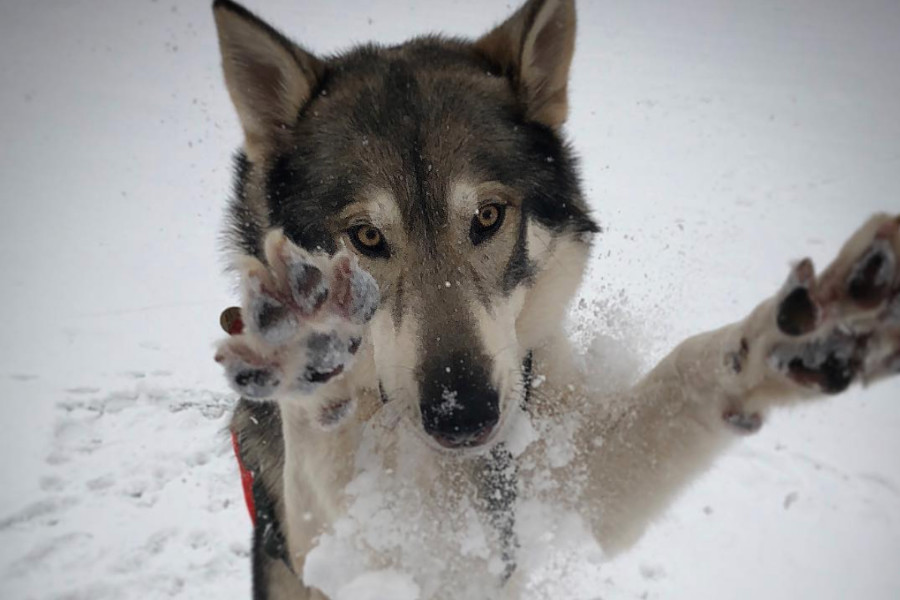 By Kieran Beckles
Updated on 23 January 2020

There’s a good chance you’ve seen a Northern Inuit dog but not realised it.

If you’ve seen an episode of HBO hit series Game Of Thrones then you’ll more than likely have set your eyes upon a Northern Inuit.

The popular TV show used Northern Inuits to play their Dire Wolves – and some of the four-legged stars of show are related to Scout.

While he may not have starred on Game Of Thrones, Scout has his own devoted following on TikTok.

He’s amassed a following of over 250,000 fans on the video-sharing app.

We spoke to Scout’s dad Stuart about Scout, Northern Inuits and their success on TikTok.

1) How did your first hear about the Northern Inuit Dog? 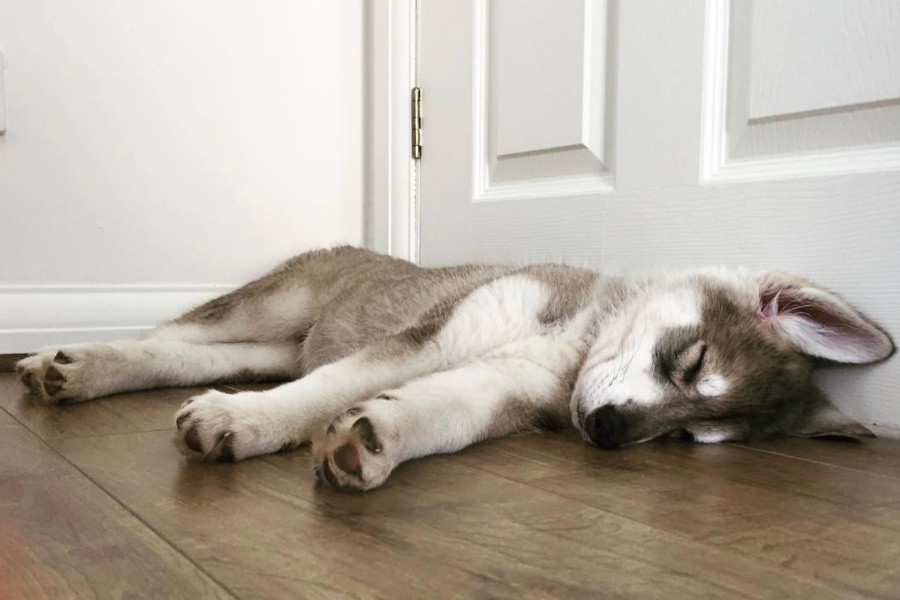 My partner always wanted a big dog and owned a Samoyed previously as a family pet. She wanted an Alaskan Malamute but I said they were too big. During some breed research she then came across the Northern Inuit breed.

2) What attracted you to the breed ahead of other breeds?

The Northern Inuit was a nice compromise for us in size and also temperament compared to similar breeds like Alaskan Malamute and Husky. Also having researched further we found out that it was the breed used for the Dire Wolves in the Game of Thrones TV series! Scout is actually the nephew of the dog that used to play Nymeria and Lady was played by his Great Grandmother, who was then adopted by actress Sophie Turner.

We were on the Northern Inuit waiting list and actually got Scout by chance. We were contacted to meet a litter of pups by accident as someone with the same name as my partner was on their waiting list. It wasn’t until we got there to meet the 8 day old pups that the mixup was realized but the breeder still allowed us to choose one. Scout actually could have ended up going to the USA so it was fate that he joined our family in the UK.

Scout is very playful. He requires a lot of attention and stimulation. If you are in a group of people and talking amongst each other he always speaks up and wants the attention on him. He is a very sweet boy and loves cuddles after a long day.

5) What are the challenges of owning a Northern Inuit Dog? 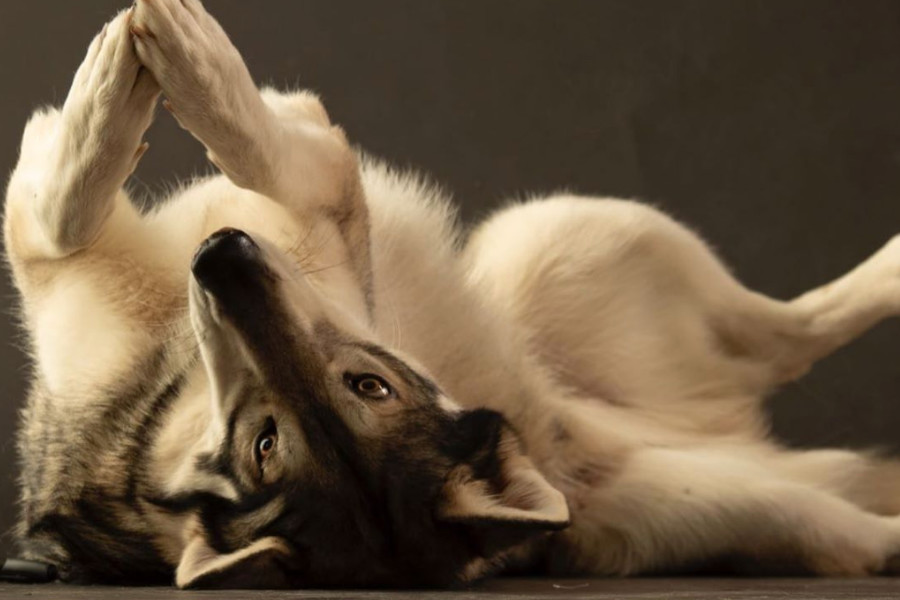 All dogs have their own traits and personalities but having interacted with fellow owners a few challenging traits of Northern Inuits are digging, separation anxiety and hair, a lot of hair!

Yes they are great pets. Very loving and such funny personalities. They need good training from day one and are very intelligent. Don’t expect Scout to do anything for you if there’s nothing in it for him!

7) Was Scout easy to train?

Scout has been hard work to train. He went to puppy classes and further training from there but has always had a high prey drive and a want to play with other dogs at all costs. For that reason his recall off lead is only good if we are in an empty field with no distractions. He is not food motivated as a training reward so he is more difficult to train having to find new toys etc to use as rewards.

8) What advice would you give to someone thinking about a Northern Inuit Dog?

Do lots of research into the breed before committing and understand the time and cost for owning this type of breed. There are a few Facebook groups with lots of helpful people in and also the Northern Inuit website.

9) What is the most common questions or comments you get about Scout?

From young children it is usually asking their parents if he is a wolf when he is seen on walks. 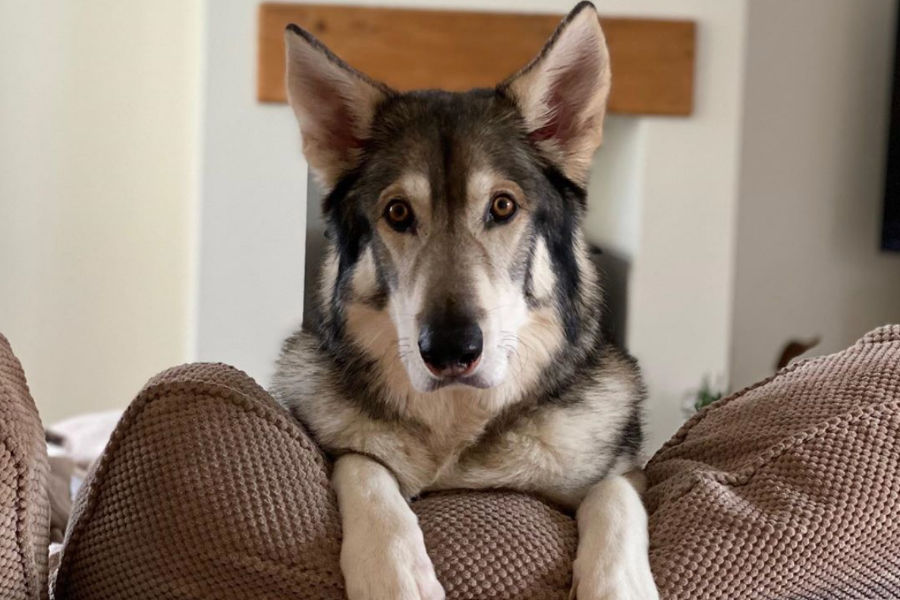 We just reached 250K followers which is amazing. We started just over a year ago making fun videos and it has grown from there. It’s so nice reading comments from all of our followers and seeing how much Scout can brighten up their day with his content.

11) Is owning a ‘talkative’ dog when it comes to TikTok?

It can be very good for TikTok as when Scout talks it can make for some very funny videos when mixed with audio sounds on TikTok. One of our most popular videos with two million views is Scout answering back at me.

12) What’s your favourite thing about TikTok?

I really like that any content has the chance to do well on TikTok. You don’t need to be a celebrity or have thousands of followers. Anything can go viral at any time! I love watching other users creative content in my spare time.

13) Does TikTok give you the ability to be more creative?

Yes, certainly. With the use of TikTok audio you can create lots of different content and be creative with it. Also with all of the filters and transitions to choose from you can make really creative content.

I post videos on TikTok and mainly photos on Instagram. TikTok content can take a little longer to create as it usually requires finding and fitting audio to videos of Scout. 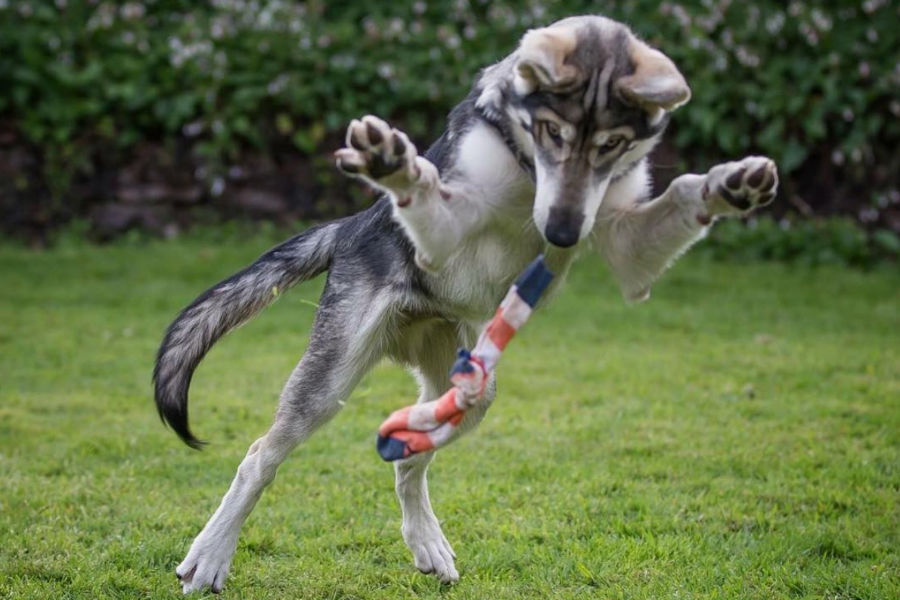 I prefer TikTok as the content is more fun for me personally. I prefer watching the creativity on TikTok from other users.

16) What advice would you give to someone starting a TikTok for their dog?

Try and shoot videos in good lighting using the best camera you can. Find fun audios to fit to your content and use relevant hashtags.

17) Do you prefer to create your own content or follow the challenges? What’s the pros and cons of both?

I do challenges when they are relevant to our type of content. I don’t usually do them just for the sake of it. Usually if there is a pet challenge or trend we will join in. Challenges can be good to create current and relevant content that TikTok want to promote but if the challenge doesn’t suit your type of content it probably won’t do very well.

18) Did you have a TikTok video that first went viral to kickstart your path to having as many followers as your currently do?

Yes our first viral video was Scout with a pair of headphones on listening to Billie Eilish – Bury A Friend. The video currently has over 4 million views and took us from around 30K followers to over 100K in 2-3 days.

19) What other TikTok dogs do you follow or draw inspiration from?

20) Finally, so far, what are the pros and cons of TikTok? 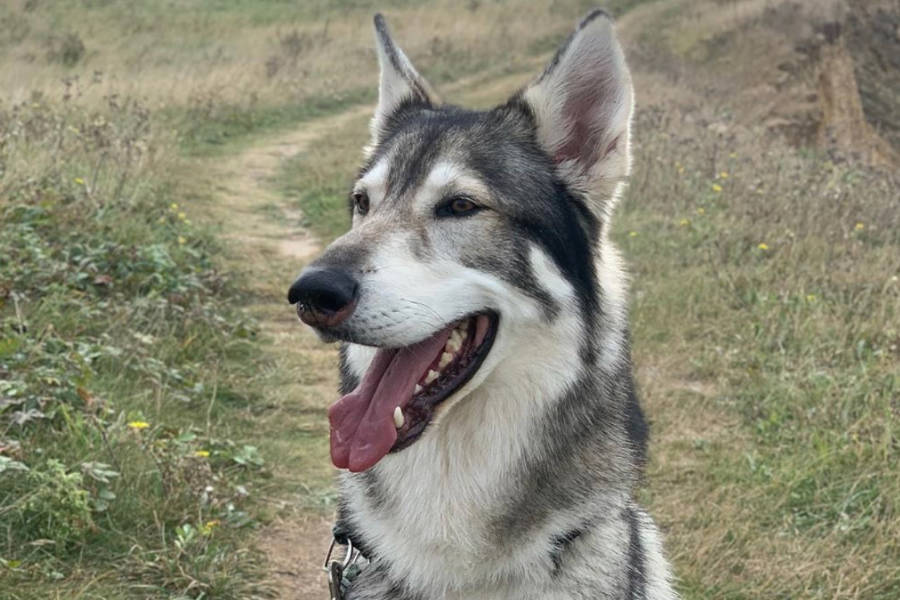