Isla and Finley the Samoyeds interview 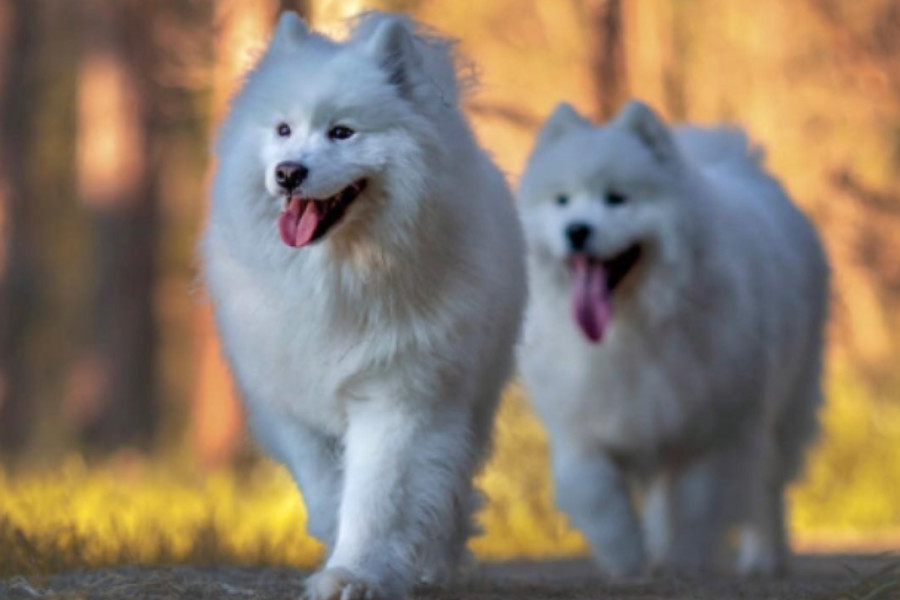 Samoyeds have a reputation for being great family pets.

The breed originated in north western Russia where they were used by the Samoyedic people to hunt and herd reindeer.

They also slept with the nomads at night to help retain body heat in what were unforgiving cold temperatures.

Samoyeds were very much part of the tribe and developed a unique bond with children.

Still unsure about Samoyeds as family pets? Well we spoke to Isla and Finley (@isla.and.finley.samoyed) to learn more about the Samoyed breed and how they interact with children.

So without further ado, let’s start our chat with Isla and Finley.

1) How did you first hear about Samoyeds? 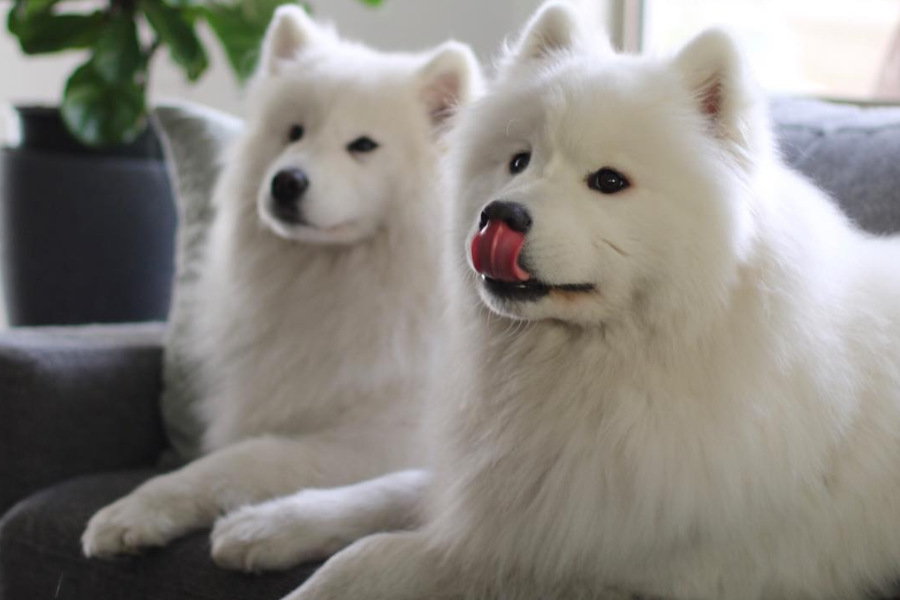 About five years ago, our daughter got very unwell with Chronic Fatigue. She was isolated and needed a companion. She researched dogs for months on end and Samoyeds seemed to be the perfect fit for our family.

2) Why did you decide Samoyeds were a good fit for you?

We love floofy things. They’re very family orientated and don’t smell and generally don’t drool. But that said, they love being with the family was the single most important thing for us.

3) Can you give us an insight into Isla and Finley’s personalities?

Isla is the queen. A very independent and sassy lady who loves attention. Finley is a gentle soul. He’s very affectionate and tuned into emotions. He also has a sense of humour. Both Isla and Finley make us laugh on a daily basis.

4) What are the challenges and the perks of owning two Samoyeds?

The floof is definitely a perk and a challenge. It’s an amazing experience to pet a Samoyed. Their floof is so soft but on the other hand daily vacuuming is a must. They are also stubborn which can at times be difficult. 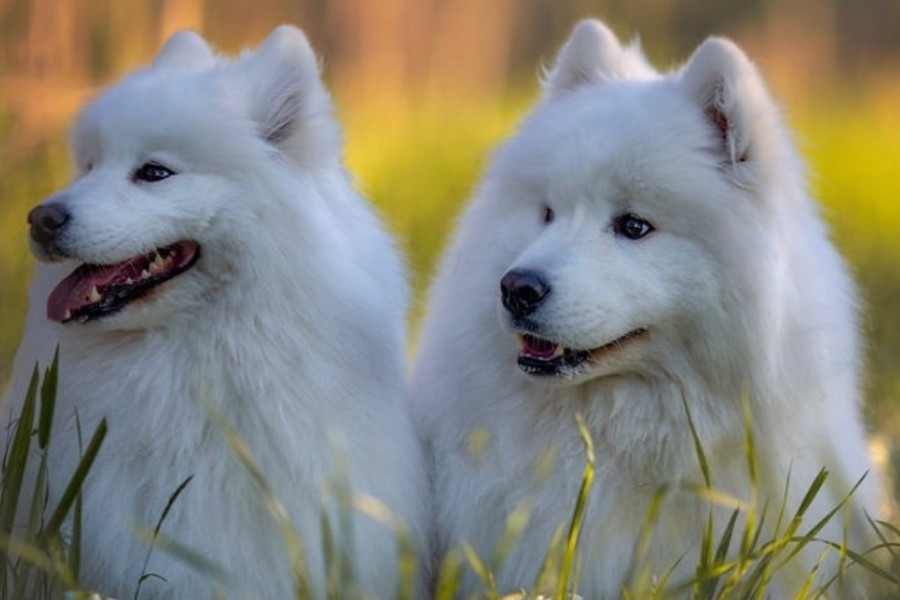 Oh yes. They were bred for this. Not only were they used for sledding and herding but they would also sleep in the tents of the Samoyede people to keep them warm at night.

I know some can bark a lot but Isla and Finley aren’t bad. They only bark when someone comes on our driveway. Both are very talkative! They always have an opinion on something especially when food is involved.

7) How much exercise do Isla and Finley require?

They’re couch royalty and are very happy to just laze around most of the day. But we do take them on two walks each day one of which is generally a lengthy one. Several times per week I take them on a 8 km walk.

8) What advice would you give to someone thinking about a Samoyed as their first pet?

Think twice before getting any pet. It’s a serious commitment and one that shouldn’t be taken lightly. There are expenses involved (food, grooming, vet costs) and these can become expensive. Also, Samoyeds really want to be a part of your life so you need to be able to invest in them time wise.

9) What have you learned about Samoyeds that you didn’t realise before you got Isla/Finley? 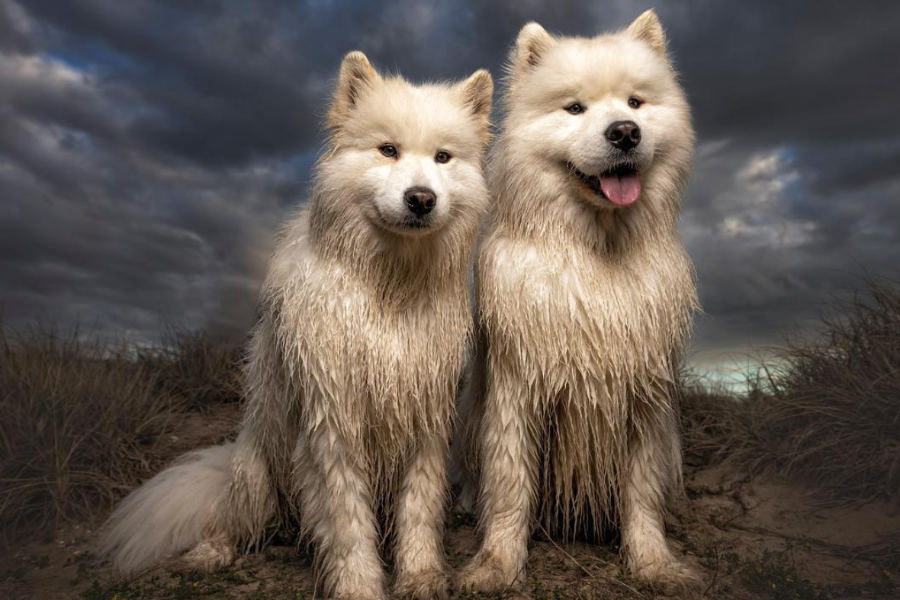 How special they are! We really do see them as our family and I didn’t expect that. I imagined them to be a wonderful companion for our daughter……but we all got smitten.

10) What is your favourite memory/photo with Isla and Finley?

It would have to be the one our daughter took of them when Finley was just a pup and they’re snuggled up together. Just love that one.

11) What is the most common questions you get asked about your two Samoyeds?

How do I keep them so clean? Seriously, I get asked daily.

12) Why did you decide to start an Instagram page for Isla and Finley?

I thought it would be fun to share their adventures and precious moments. It’s also a bit of a dairy for myself. I don’t put much effort into growing my account. I do it because I love it. I’ve “met” so many wonderful people from all over the world. It’s been mind blowing.

Be genuine and interact with your followers. It’s a social platform. You MUST be social.

14) What are your favourite Samoyed accounts?

There are so many that I love but @CoconutRiceBear has to be our most favourite.

15) Anything else we should know about the breed? 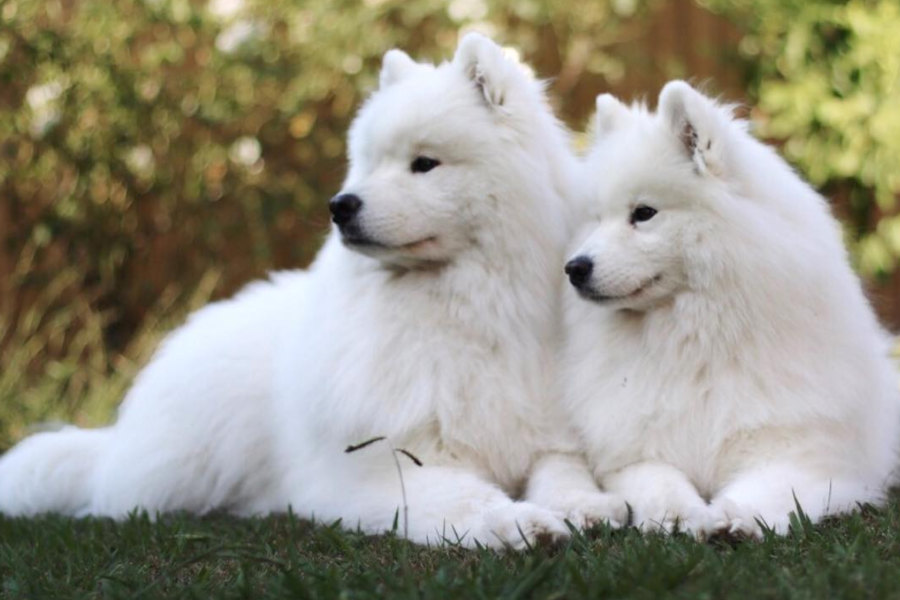 Just that they are a fabulous breed that will give you so much love. I adore my two young adult children but they are very closely followed by Isla and Finley.