Ryker The Aussalier Questions and Answers 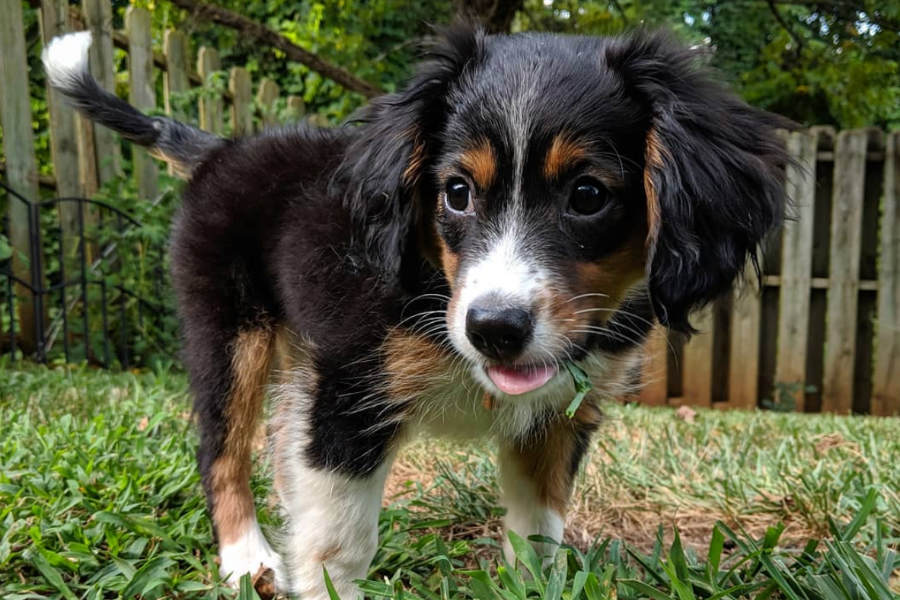 By helloBARK!
Updated on 8 November 2019

Ryker is a beautiful example of an Aussalier.

For the uninitiated, an Aussalier is a cross between an Australian Shepherd and the Cavalier King Charles Spaniel.

Ryker is still very much a puppy having been born in 9 May 2019.

Living in Knoxville, Tennessee, we contacted Ryker to learn more about the Aussalier breed.

So here’s our interview with Ryker (@rykertheaussalier).

Ryker The Aussalier Questions and Answers

1) How did you first hear about Aussaliers? 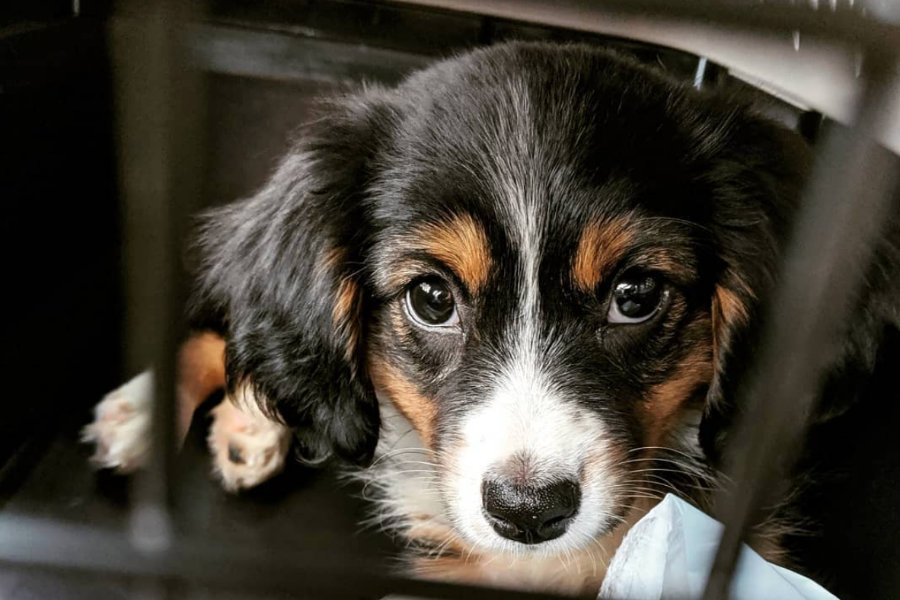 I actually found Aussaliers when looking for “cute dogs” on google! They showed up on a list and I fell in love with the way they looked. I then started googling as much as I could about them but since they’re such a new breed combination there isn’t much information out there.

2) What attracted you to the cross breed?

I really wanted the personality of a Cavalier King Charles Spaniel with the general good health of an Australian Shepherd – specifically on the heart health. Combining any heart-healthy breed with a CKCS significantly reduces the heart problems CKCS are prone to. I also LOVE the ears on CKCS but love the merle coloring on Aussies. I ended up choosing Ryker based on personality rather than looks which is why I don’t have a merle. Of course, I was also really attracted to this cross because they’re SO CUTE.

3) Can you give us an insight in Ryker’s personality?

Ryker is only 4 months old so a lot of his personality could be from just being a puppy. He’s very sweet. He loves to be near me but doesn’t have to be on me. He’s very playful and at this point has been good with all dogs and humans he’s met! He hasn’t met other animals but I feel like he would also be good with them. He is hyper but I think that’s mainly from being a puppy. He tires out and calms way down after doing to camp or the dog park.

4) Can you identify Australian Shepherd and CKCS traits in Ryker?

He definitely has a personality more like an Aussie. While both breeds can be “velcro dogs” he doesn’t feel the need to be in my lap or on my feet. He has the ears of a CKCS which I absolutely love. He also has spotted legs from the CKCS, but in general his coloring matches both tri-color breeds. He seems to like to herd in the sense that he likes to chase but doesn’t want to be chased. The style of his fur is more like a CKCS – it’s long on his ears, butt, paws and between his toes. His snout is long like an Aussie but I have seen a lot of other Aussaliers with the short CKCS snout.

5) Do they make good family pets? Do they do well with children? 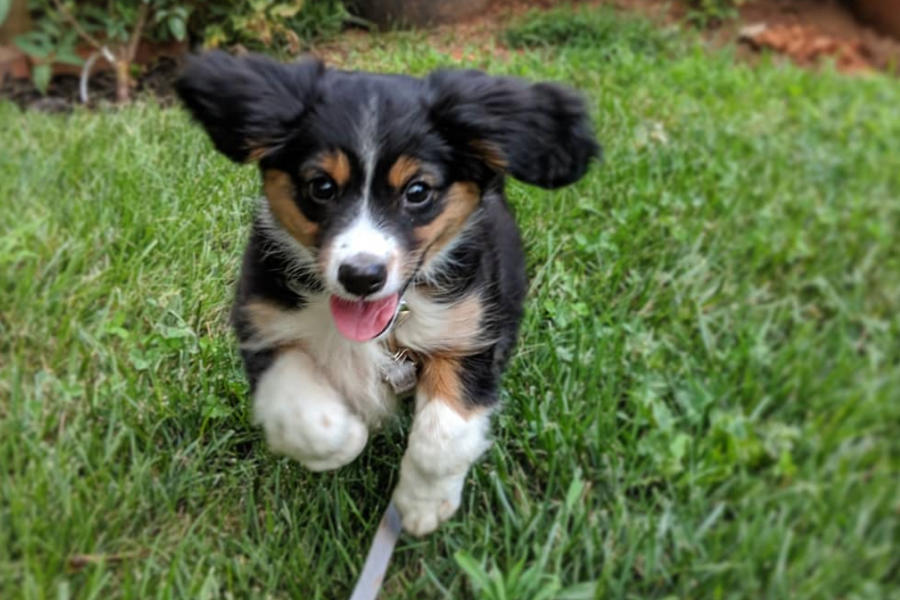 From my experience they DEFINITELY make good family pets. He’s very sweet and loves being with humans. I don’t have children in my home but he has been very good with the children he’s met, the youngest being around 4 years old.

6) Does Ryker require a lot of exercise?

I’d say he requires moderate exercise. I bet if he pulled more traits from the CKCS side he would require even less. I generally take him to the dog park for 1.5-2 hours a day if I don’t take him to daycamp that day. He does get hot very fast so it has been hard to take him on proper walks because he overheats.

7) Do Aussaliers shed a lot?

He still has his puppy coat so I can’t speak for how his adult coat will be. Right now he doesn’t shed as much as an Aussie or a Labrador (the other dog in my house is a Lab who sheds constantly and in bulk). I haven’t had any issues with his fur matting at this point but it’s going to be something to watch for because he does have long hair in some places.

8) Would you say Aussaliers are easy to train?

Ryker is VERY smart which makes him easy to train. I’ve been taking him to puppy classes to help me learn and get him more socialization.

9) What advice would you give someone thinking about an Aussalier as a pet? 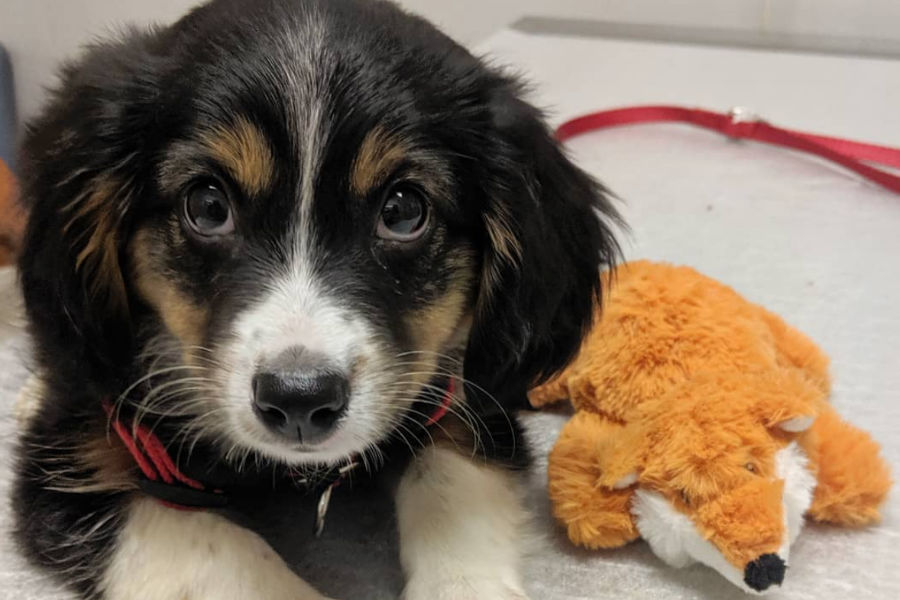 DO IT! He’s a very sweet and loving boy. Everyone who seems him immediately falls in love. Get some grooming tools for long-haired dogs and start brushing them and clipping or dremeling their nails young so they get used to it. As always, do your research on breeders to make sure you’re not getting one from a puppy mill or unsafe backyard breeder.

10) What other Aussalier or dog accounts in general would you recommend to our readers?

Two of Ryker’s siblings have their own insta accounts! @tobybinningtonaussalier and @zoey_the_amazing_dog are both blue merles from the same litter. @famouslypennylane is another one that I like. 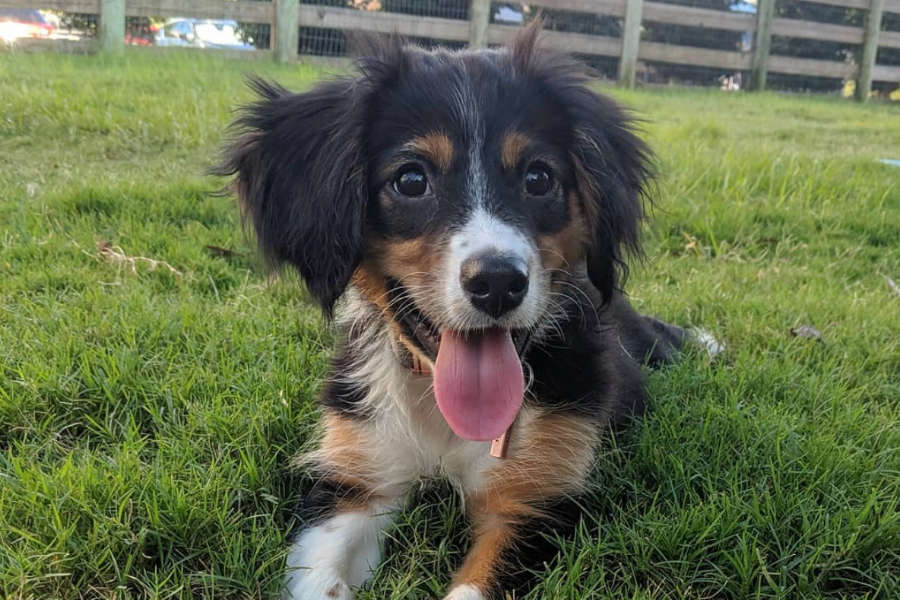 • They’re very sweet and loving. Both breeds can be considered “velcro dogs” which basically means they LOVE their humans!

• He is so cute that everyone who sees him loves on him and ask what he is. Most people are so enamored with him when they see him.

• He’s very smart which makes him easy to train.

• It’s a mouthful to explain what breeds make up the Aussalier for people who don’t know. “A mix of Australian Shepherd and Cavalier King Charles Spaniel”. That’s a lot of words!

• He’s been afraid of riding in the car and it sounds like his siblings have also had this fear. It might be a puppy thing but I’m not certain!

• He’s a very slow eater which means his big Labrador sister will eat his food the moment I turn my back!