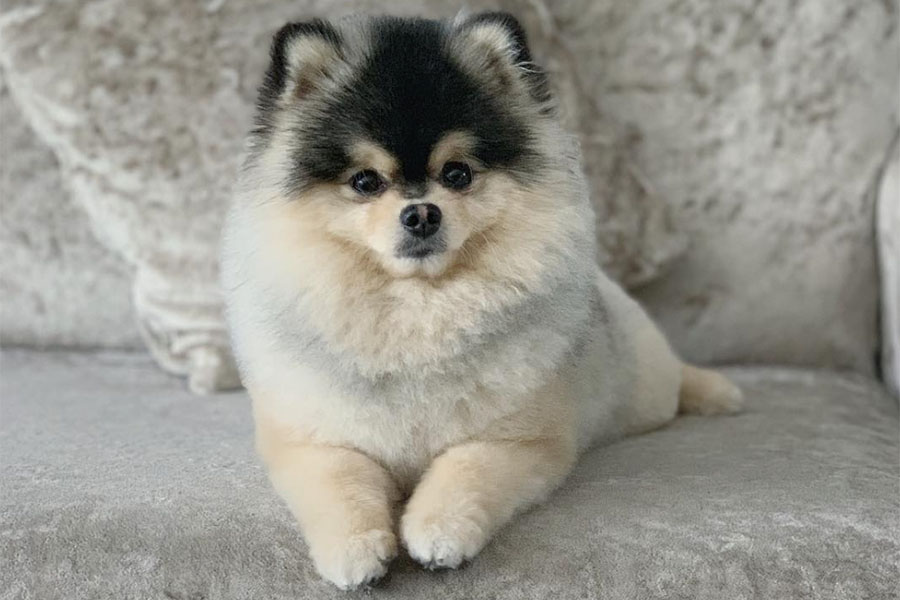 Pomeranians are the 23rd most popular breed in the USA.

It’s little wonder that the breed have proven so popular on Instagram.

In fact, the most followed dog in the world is a Pomeranian – but more on that later!

Pomeranians, or Poms for short, originate from the northern region of Poland and Germany but are now a popular breed worldwide.

The hashtag Pomeranians has over 12 million entries on Instagram, to highlight their soaring popularity. 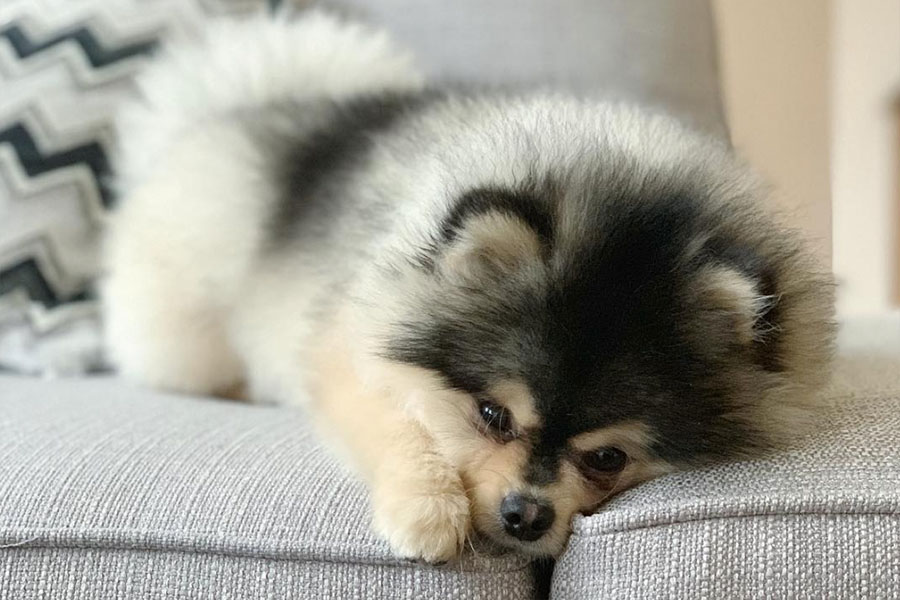 First up is a fluffy Pomeranian called Abby (@fluffypompaw). She was born in Norway but lives in the United States. Abby loves to play, especially chasing her tail. She doesn’t lack self confidence – knows she’s beautiful.

Oso (@lvpom) is a four month old Pomeranian. Considering Oso is based in Las Vegas, Nevada, you wouldn’t be surprised to learn this beautiful Pom is both mischievous and devious. You can watch this black and tan Pom grow up!

Next up is a New York City Pom living it up in the city that never sleeps. Dexter (@dexinthecity) is a little Pomeranian exploring the big city. The black and white Pom is closing in on four thousand followers.

We’ve got a special Pomeranian up next! Kosmo (@kosmoadventures) lives in Los Angeles and likes to find dog friendly places. Unfortunately Kosmo is losing his eyesight fast.

We’ve got a Pomeranian bringing smiles to the streets of Los Angeles and Phoenix next on our list. Sebastien (@selfieswithseb) has a simple mantra: life isn’t so ruff so just pet the fluff. 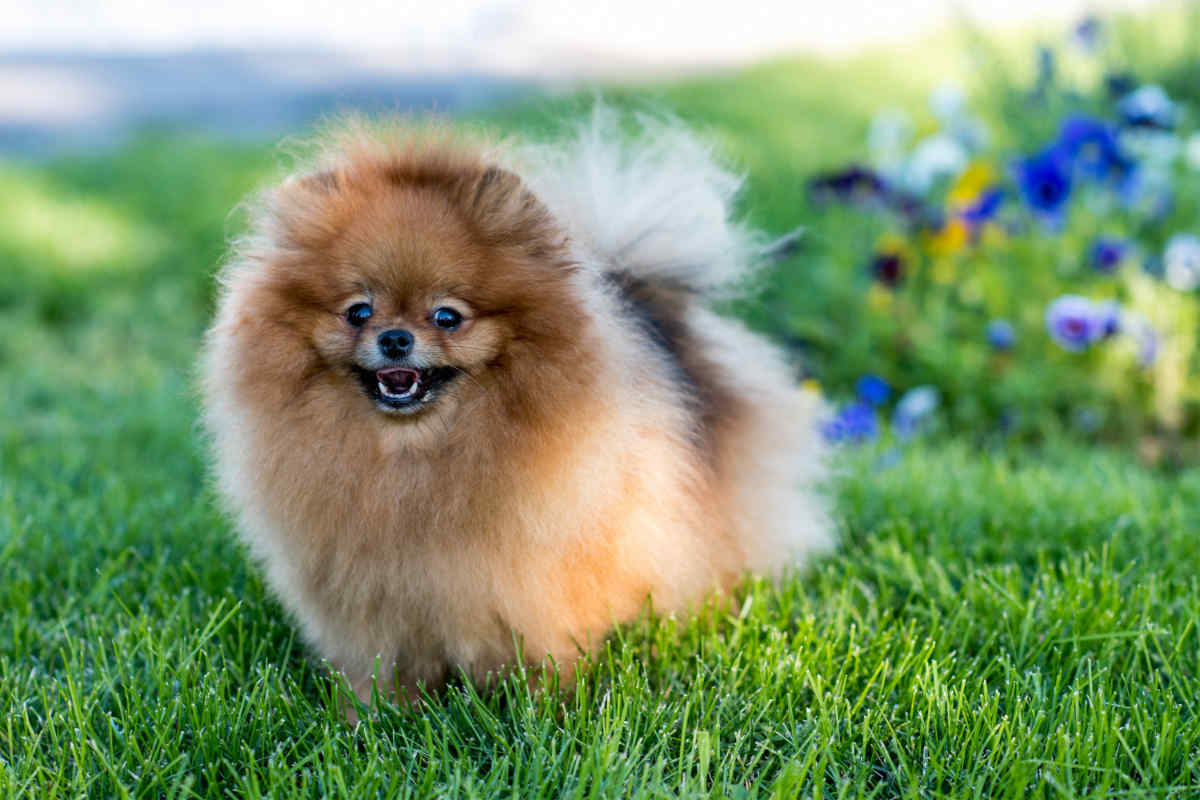 What’s better than one Pomeranian? Two Pomeranians, of course. Cookie and Parker (@twotoypomeranians) are two Poms who seem inseparable. Cookie is the big sister – she’s almost 13 years old. Parker is the baby brother and is three years old.

Mia (@miapomeranian) is another 13-year-old Pom like Cookie. Mia is living with congestive heart failure but you wouldn’t know it from her constant smiles. She’s an aspiring food critic with a cute baby sister called Pippa.

Kira (@orlandipoms) is a black and tan Pomeranian that is plotting for world domination. Kira’s well on the way to achieving it on Instagram. They are currently living in Puerto Rico. Kira has a little brother called Kuma whose just as cute.

Buddy Pom and Cubbie Pom (@buddy_cubbie_pomeranians) are two Pomeranians living in Sheffield, England. These dog influencers are always together and will leave you bowled over with their good looks!
11) Perry the Pom (@perry.thepom)

Perry (@perry.the.pom) is based in New York City. He’s a model and pup influencer. The four-year-old is a four pound Pomeranian. Perry has a simple rule for Pomeranians everywhere: fluffy and fabulous.

Pixxel (@pixxel_the_pom) is a one-year-old Pomeranian living in Singapore. The Pom likes to go on journeys and explore the beautiful country.

Santorini (@santorinithepom) is a Pomeranian living in Miami, Florida. The two-year-old is a Pom with good hair. Santorini has a cute brother called Abudhabi that you’ll want to check out too!

Next up we’ve got another adorable Pomeranian! Mocha (@mochapom_) is our first Australian representative. Mocha has the perfect name to describe his lush coat.

A special sporty Pomeranian is up next. Lucky Lucci (@luccidapoochie) is just a little Pomeranian boy that looks like a mini husky. Lucci has had a dramatic month after this one-of-a-kind Pom was stolen before he was safely returned to Mom and Dad. You may know his Dad – he’s former Liverpool FC footballer Daniel Sturridge.

If you’re looking for a little trendsetter, look no further than Pom Pom Chewy (@pompomchewy). With a name you won’t forget in a hurry, Pom Pom Chewy is a working model and actor.

Our first centurion is Chewie (@hi_im_chewie). The Hi-Five Pom likes to post about his daily life, food, travel and staycations. You’ll certainly be entertained by this California dog.

One of Kansas City Chiefs’ biggest fans is Cupcake (@cupcake.the.pom). Cupcake has a sibling called Pumpkin – too. Based in Kansas City, Missouri, this Pom duo will leave you smiling!

If you still haven’t had your Pomeranian fill, then Big Pom Family (@bigpomfamily) is the account for you. Based in Sao Paulo, Brazil, they’re a pack of six Pomeranians with different colored coats.

Adopted off Petfinder.com from a shelter in Oklahoma, Bertram (@bertiebertthepom) is now a bona fide social media star. He’s got 384,000 followers on Instagram. This chocolate Pomeranian currently lives in New York. Bertram can be found working at an art gallery.

We couldn’t talk about famous Pomeranians without mentioning Jiffpom (@jiffpom) who has more followers on Instagram that a lot of Hollywood’s biggest stars!