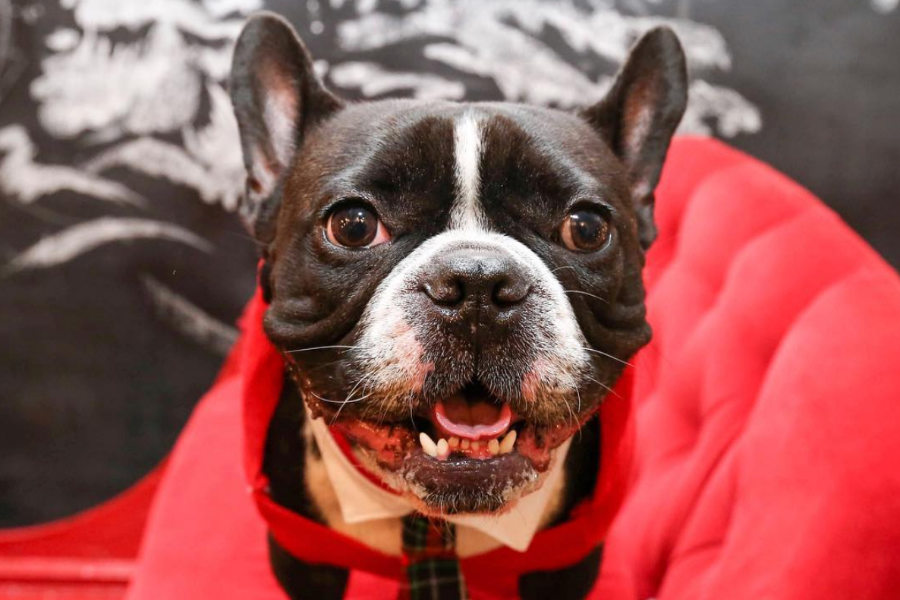 Oscar is a French Bulldog with quite the show reel.

This black and white Frenchie has starred on Ellen Show, Today Show and Good Morning America.

His move to London from New York City was even featured on House Hunters last year.

Oscar is on the brink of hitting the 200,000-follower milestone on Instagram, underlining his star status.

We spoke to Oscar’s Andre to learn about Oscar’s rise to stardom and his new life in London.

1) How did you first hear about French Bulldogs?

My husband and I lived in New York for many years and French Bulldogs were becoming quite popular in the last decade. Every time we would see a Frenchie walking down the streets, we immediately smiled and quickly we fell in love with the breed. They’re so cute, adorable and funny.

2) Can you explain how you ended up with Oscar? 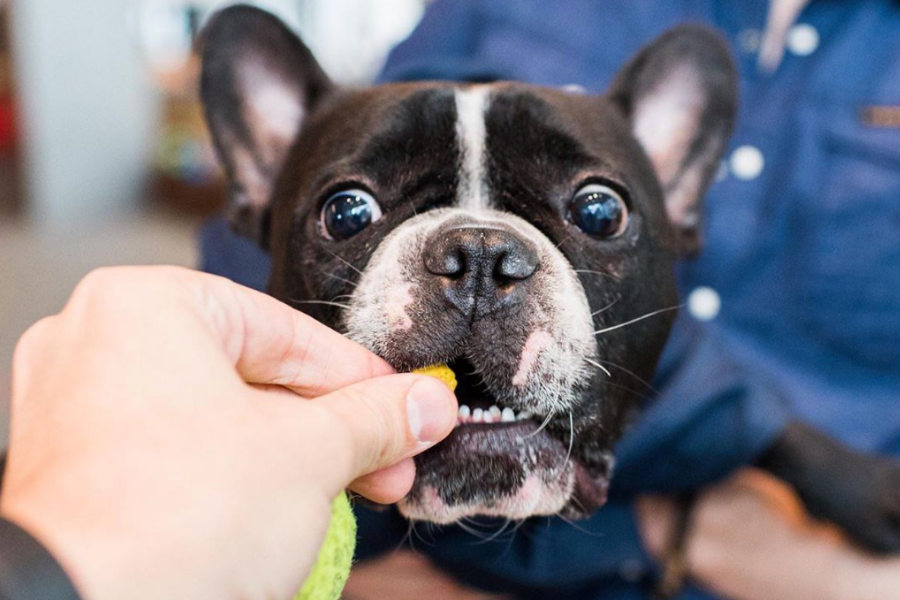 We planned on getting a Frenchie for almost 2 years. We wanted to wait for the right time because we needed space to raise a puppy. Eventually, after doing a lot of research about the breed, we decided it was the right time. We looked into reputable breeders and one day saw a pic of Oscar as a six-week old pup and immediately fell in love with him. We were actually looking for a cream-colored Frenchie, but Oscar really got our attention with his perfectly symmetric black/white combination. A couple of weeks later Oscar was living with us in New York.

Oscar is almost human, no kidding. He is incredibly smart, has an opinion and a million expressions. As a good Frenchie, he’s also stubborn. If he doesn’t want to do something, not even Queen Elizabeth would convince him otherwise. He’s also the sweetest boy, very affective and incredibly funny. He loves cuddling with us while watching Netflix for hours.

4) When/Why did you decide to get a second Frenchie aka Charlie?

Oscar was 4 years old when we decided to add another Frenchie to the family. Because of work, we would spend a lot of hours away from home, so we decided to get Oscar a sibling to give him company. We are obsessed with Frenchies and thought by having a second one would only bring more joy to our family.

5) Do you think French Bulldogs do better in pairs? How is their dynamic? 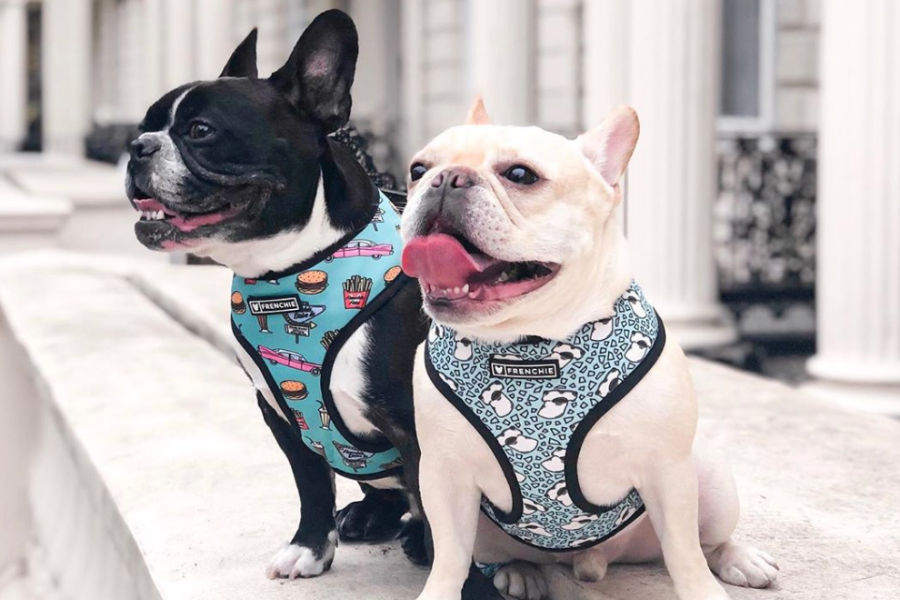 I think so. Specially if you don’t have enough time to bring them to meet-ups or playdates often, it’s good for them to have a best friend. When we got Charlie, Oscar was a bit jealous for a while. He felt like the attention he always got from his parents was threatened by the new puppy, which is absolutely common. Charlie was very hyper and Oscar didn’t have a lot of patience for that. After a few months, things changed and Oscar started begging for Charlie’s attention. They have a great dynamic and I don’t see them living without each other. They’re either playing or cuddling together for the most part of the time.

6) I see they’re NYC Frenchies living in London so I presume they’ve traveled from the USA to the UK at some point. Could you shed light on that experience?

Yes, we traveled from New York to Paris and then to London. It took a lot of paperwork and preparation. Unfortunately, it’s a very bureaucratic process. But as long as you pay attention to all the deadlines and specifics, everything goes well. In terms of traveling, they did great during the flight. For most of it, they slept by our feet in their comfy bags. We definitely recommend flying your Frenchie in the cabin, never in the cargo compartment which is very dangerous to brachiocephalic dogs. For more info, we have a blog post with all the detailed information about flying with the pups (click here to read).

7) Is there a big Frenchie community in London? If so, do you take an active part?

There are a few groups getting together at Regents Park and Hyde Park every couple of weeks. We only attended a couple of those meet-ups so far because of time, and they were a lot of fun. Nothing better than hanging out with dozens of adorable Frenchies.

8) What are the comments you regularly get when out and about with Oscar?

People love to see Oscar and Charlie dressed up. In New York, dogs wear very fashionable clothes. Londoners are just starting to get used to it, so they always get very nice compliments. They always bring smiles to people passing by. We took them to Paris and it was incredible how we had to stop almost every corner for people to take pictures with them. Seems like they really love Frenchies as well.

9) Can you explain how Oscar built such a big fanbase? How did it all start? 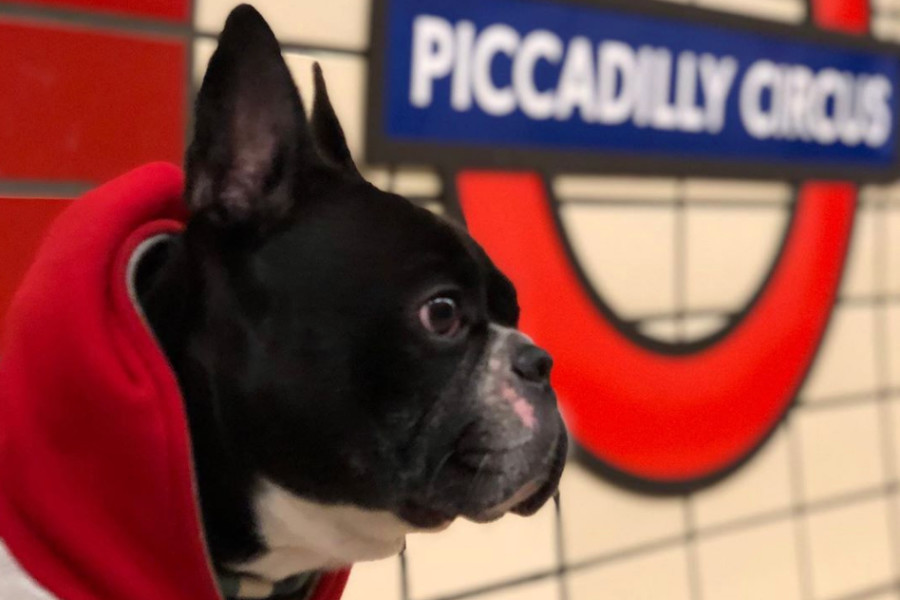 It all started quite naturally. As soon as we got Oscar as a puppy, I was so in love with him that I would post his pictures every day on my Instagram. So I decided to create his own account, mostly to have a memory album for myself. Very quickly, his account started to blow up, getting thousands of followers every week, motivating me to continue. We are very interested in fashion so we started posting pictures and videos of Oscar dressed up and his followers loved it. It became his trademark. In less than a year, Oscar had dozens of thousands of followers and advertisement queries started to pour in.

Oscar has made live appearances on NBC’s Today Show, and many other news / entertainment shows. Ellen Degeneres featured his viral video on her show and he had a dedicated segment on Good Morning America. One of the most exciting experiences was filming our very own episode of House Hunters International, from HGTV, aired last year in the United States. Our episode was focused on Oscar and Charlie moving from New York to London. We had a blast filming it and lots of laughs watching the final result.

11) Have any celebrities been lucky enough to hang out with Oscar?

Yes. Rachel Ray, Carson Daly and the Naked Cowboy all had their hands on Oscar. His dream is someday to meet Madonna!

12) What’s been your favorite adventure with Oscar given he’s a well-traveled dog? 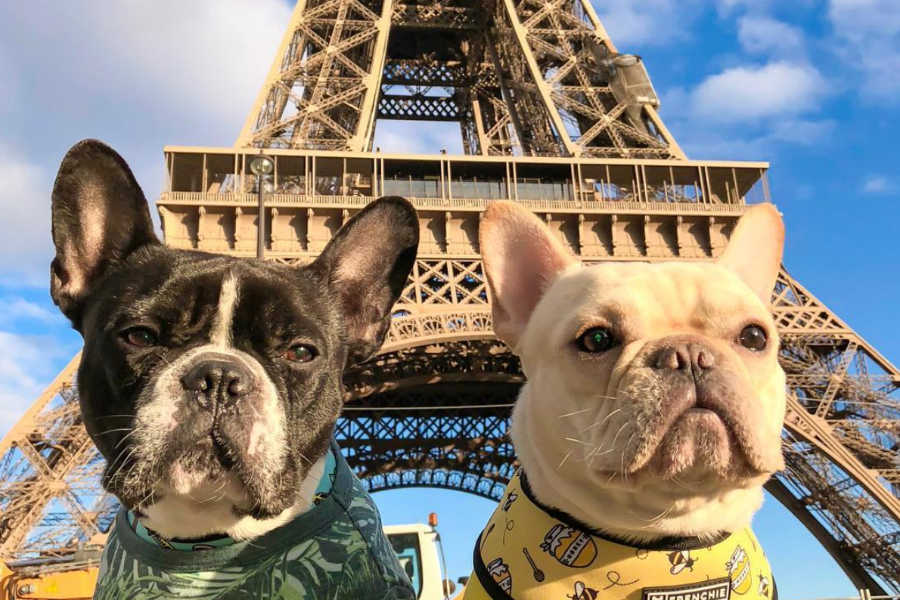 Oscar has been on movie premieres, NY Fashion Week runway shows and on TV shows. Everything has been incredibly fun. One of the most unforgettable adventures was our first trip to Paris, we had a great time exploring the City of Lights with Oscar and Charlie.

13) What tips would you have for someone starting an Instagram page for their dog?

Be organic, be funny and get ready to work hard. Pick what’s the most unique, quirky, funny, cute things your dog does that you love and most likely the audience is going to love it as well. Most importantly, have fun with it. And make sure your dog is always comfortable.

14) What are the pros and cons of running an Instagram page for Oscar?

I don’t see any con. We have had great experiences because of Oscar’s Instagram popularity. We have been invited to incredible events, have met amazing people and other dogs, great friendships. And sometimes Oscar spoils us with fantastic gifts and 5-star hotels through his collaborations 🙂

15) What other French Bulldog accounts would you recommend? 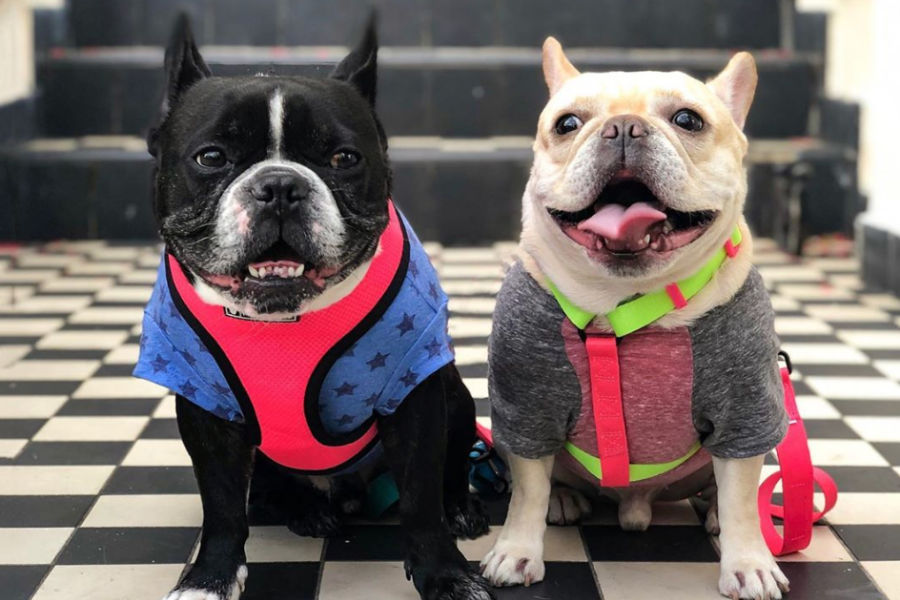 We have so many Frenchie friends it’s hard to pick just a few. Well, obviously Oscar’s brother, @IrresistibleCharlie. A few other close friends with amazing IG pages are @frenchieleo, @manny_the_frenchie, @thedailywalter, @ohhhromeo.