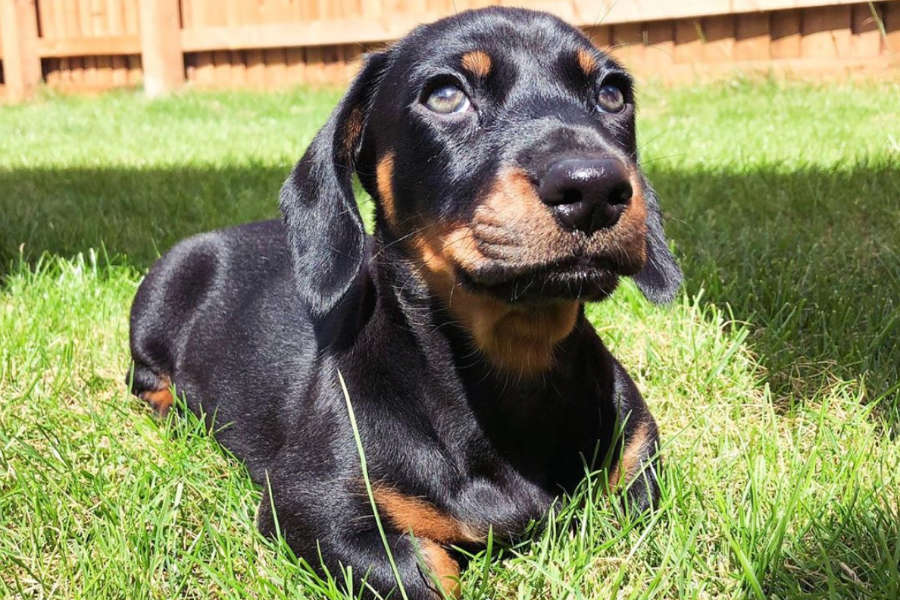 The England-based Sausage Dog has amassed an impressive 17,000 followers on the photo-sharing app.

It’s easy to see why when you scroll through his profile that is awash with adorable photos.

With big brown eyes and a good taste in fashion, you’ve got over 470 photos to scroll back through.

As you might expect, this pup looks just as dashing as his namesake in a Gryffindor scarf. 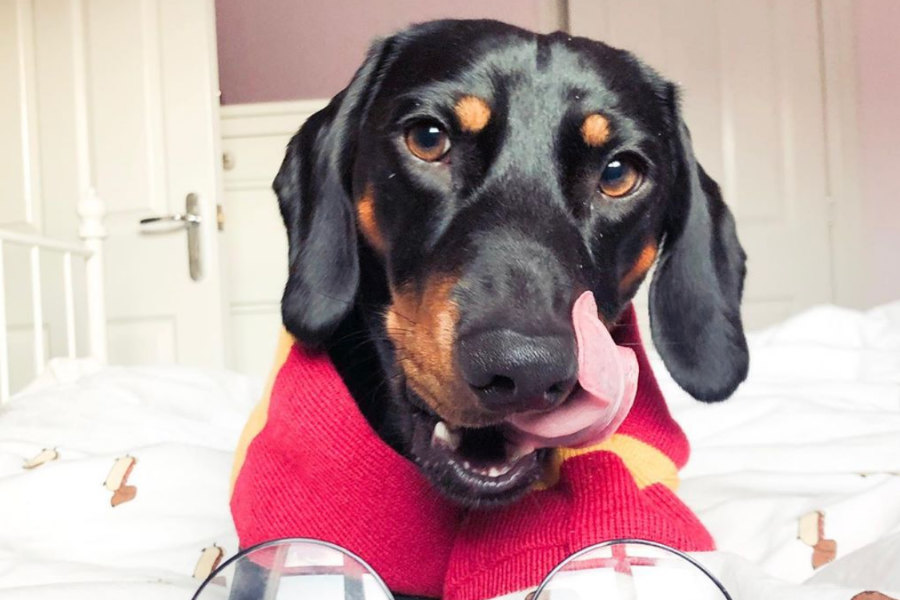 We featured Neville in our 20 Dachshunds to follow in 2020 – and we spoke to his Mom to learn more about this Doxie and the breed in general.

1) How did you first hear about Dachshunds?

2) How did you end up with Neville?

As soon as we bought our house there was only one question on my mind… can we get a sausage dog now? Neville had been named for years before we had him so it was just a case of finding him! The realistic answer of how we ended up with Neville was the price. Dachshunds may be small but the price can be big! I often joke that because he’s crossed Miniature/Standard and not KC Registered we bought a cheap knock off! (Love u really, Nev!)

3) Can you give us an insight into his personality? 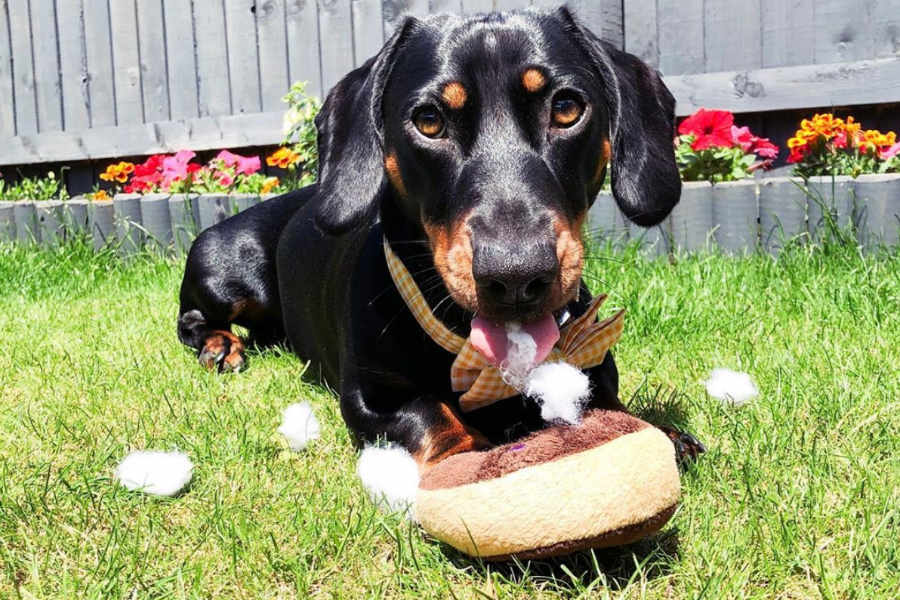 He’s just a regular happy pup. He loves playing but unfortunately we’ve banned most toys because he eats them (yes, literally). He spends a lot of his time staring out the window barking at people walking by. His favourite food is cheese, he’ll come running if he hears me get the cheese grater out.

4) Is there a big Dachshund community in England?

There seems to be. A lot of people we follow are from England. We’ve also been on a lot of sausage dog walks and Dachshund cafes!

I can’t speak for all of them but Neville certainly does!

6) Can Dachshunds be left alone?

We leave Neville alone sometime, but I don’t like to leave him too long as I’m worried he’ll be lonely! We have a cam we watch him on and he mostly sleeps or stares out the window whilst we’re out!

7) Do Dachshunds shed a lot?

I wouldn’t say a lot but he definitely does shed. It’s only noticeable on light coloured clothes/furniture. His window chair is usually covered! 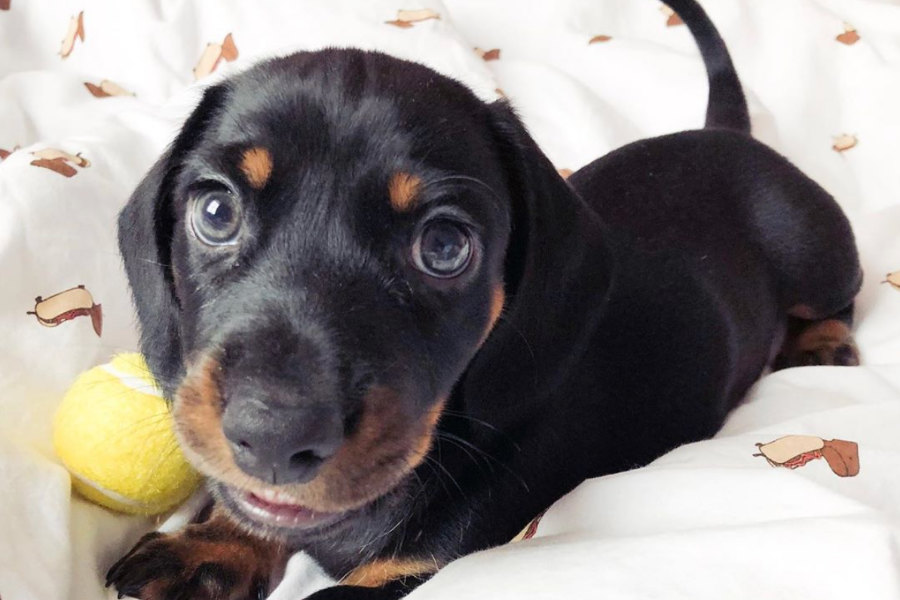 I don’t have a family but I think any dog could be a good family pet as long as they’re trained well.

9) What advice would you give to someone thinking of getting a Dachshund?

As with any breed… do your research! Make sure you’re choosing the right dog for you and your family. Yes, they are cute but at the end of the day they’re dogs. They take a lot of time and effort to look after.

10) Have you thought about getting a second Dachshund?

YES! All the time! I even have names! Unfortunately, it isn’t the right time. Neville goes to my parents whilst we’re at work and they have 3 dogs themselves so I can’t really force a 5th on them! Hopefully one day we can get a second!

11) What are the comments you get from strangers when they see Neville?

12) Do you enjoy running your Instagram page for Neville? 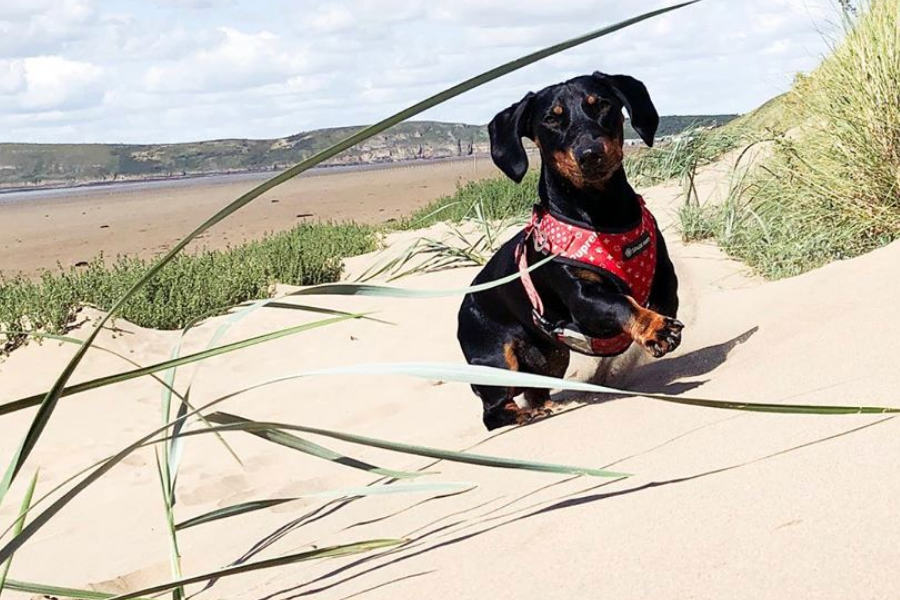 Yes! I only started the page for fun because I take so many photos of him, I never expected it to take off!

13) What advice and hacks would you offer to other dog owners on Instagram?

I get this question a lot and I never really know what to say. Honestly, I don’t know how we gained so many followers! I guess my main advice is try to post good quality photos with good lighting, write captions that your followers can engage with, and use hashtags!

14) Are there any drawbacks to having a social media for your dog?

Not really. It can take up a lot of your time but I’ve made that choice, if somebody didn’t want to spend their time on an Instagram page for their dog I’m sure they wouldn’t.

15) What other Dachshund accounts would you recommend to our readers?

We follow SO MANY amazing accounts! Some of our favs are:

• They will wake you up at 2am to poop