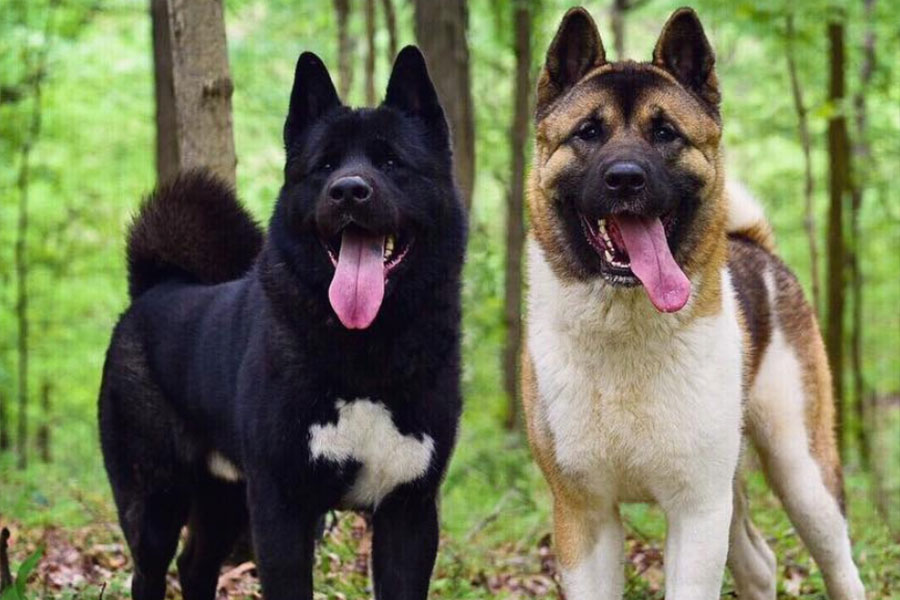 Morrow American Akitas are a pack of Akitas based in Tennessee.

These four Akitas – Typhon, Salem, Roulette and Ayra – and a bulldog called Olive make up the Spalding Pack (@thespaldingpack) on Instagram.

Their mom Alexis Spalding is an advocate for all things American Akita.

She uses their platform on social media to educate her followers on the breed, including both the pros and cons.

As with any dog, it’s important to do thorough research and consider whether you’re readily equipped to be a pet parent.

We spoke to Alexis to get an in depth insight into the American Akita breed.

In this interview, we touched upon some of the challenges of the breed and their unique temperament.

1) How did you first hear about the American Akita? 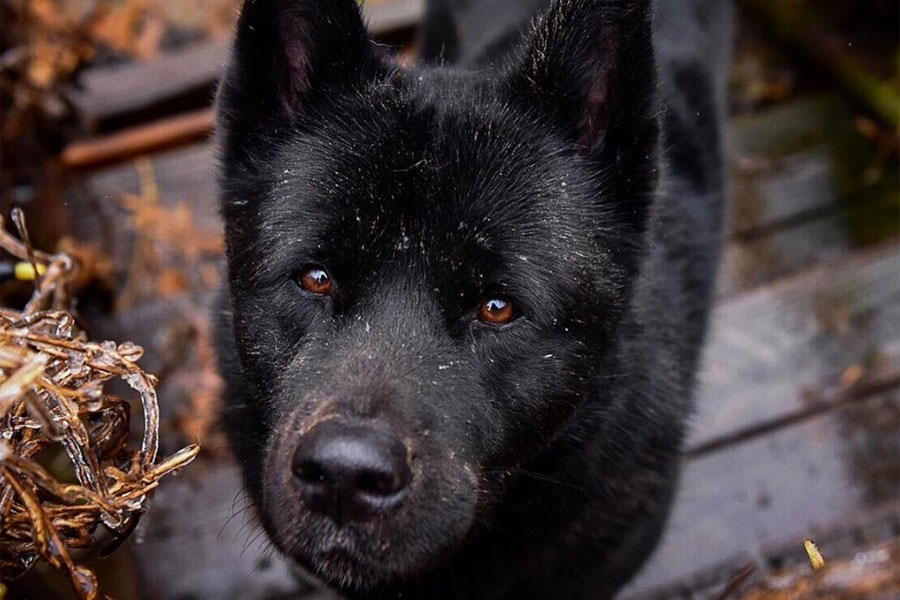 I was roughly seven years old and attended a Mary Kay party with my mother (I know, right? Does anyone do those anymore?) and the host owned an Akita. This huge, bear-headed dog walked up to their glass door from the back yard and I was in love. I researched them and begged my parents for one, which I was answered with not a NO but a HELL NO. So once I was out of my parents’ home and on my own, I finally got my first. Haven’t looked back since!

2) How did you end up with so many beautiful American Akitas?

I started my venture into Akitas with one male and did quite a bit of work with our breed specific rescues. I had fosters in and out of the house, did home checks, transports & evaluations for them – so I had my hands on a lot of Akitas. One of my dogs is a foster fail rescue. After spending so much time with rescue and learning the detrimental effects backyard breeders had on these dogs, I started to learn about the reputable show and breeding world. I attended dog shows and found a few good mentors, then went on to acquire a few for show myself. The rest is history!

3) Do American Akitas differ a lot from Akita Inu?

4) Can you give us an insight into their personalities?

Akitas are a very dignified breed and they are independent thinkers, as many of the ancient breeds are. They require respect and boundaries in all outlets of their lives, as they are a dominant and commanding animal. They are not an overly tolerant breed – so this is not the breed for beginners or homes that lack structure. They are very intelligent but can be stubborn and difficult to train. They are fiercely loyal and very in tune to their families and owners. They do have a silly and quirky side, but it’s only really shown to those they know and love.

5) What are the best things about owning an Akita? 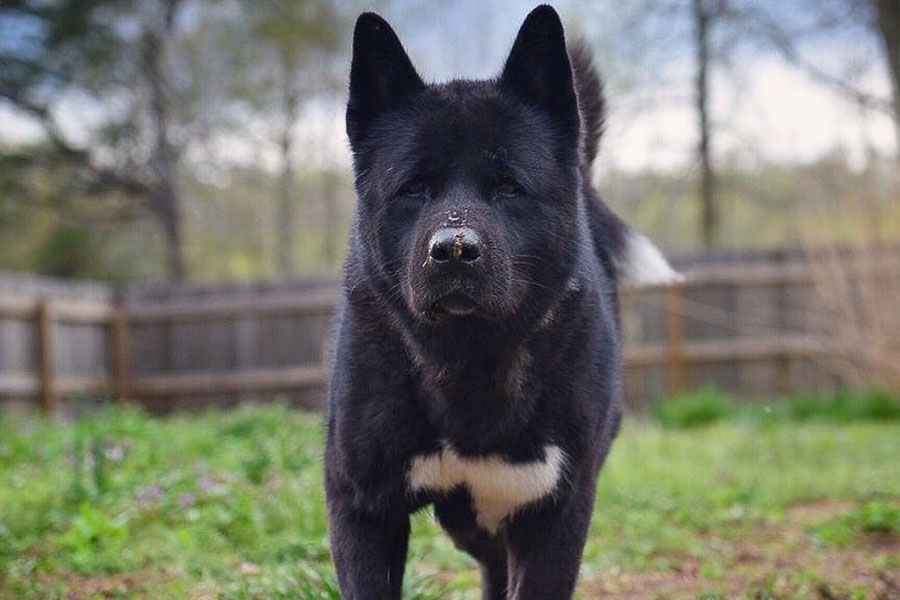 They are generally quiet and fairly clean. They are protective and driven. They own the room they walk in to, and that’s my favorite thing about them.

6) What are the most challenging aspects of owning an Akita?

Dog aggression. It’s in the breed and anyone who tries to tell you it’s not has their head in the sand. It’s in our written breed standard and many owners go into this breed blind, only to find themselves dealing with aggression they aren’t equipped to handle. Our standard calls for aloof with strangers and often intolerant of other animals, particularly those of the same sex. That can be very challenging for a new dog owner, especially one who went in to ownership of this breed thinking proper raising was all they needed to do.

7) What are the most questions you get asked about your Akitas?

“Are these Huskies?” Ha!

8) Are there any frustrating Akita misconceptions you’d like to debunk?

“It’s all in how you raise them!” – That is not only false but DANGEROUS advice. Genetics play a massive role into the mature behavior of any dog. 50% nurture, 50% nature. Akitas are, by their standard, often intolerant of other dogs and strangers. This is hundreds and hundreds of years of genetically predisposed behaviors that can’t be trained out – only managed. It’s crucial that potential owners research this breed prior to obtaining one and expecting the standard traits. Proper training and raising is of equal importance, but don’t expect to train an Akita to act like a Golden Retriever.

9) How do your American Akitas get along with your bulldog? 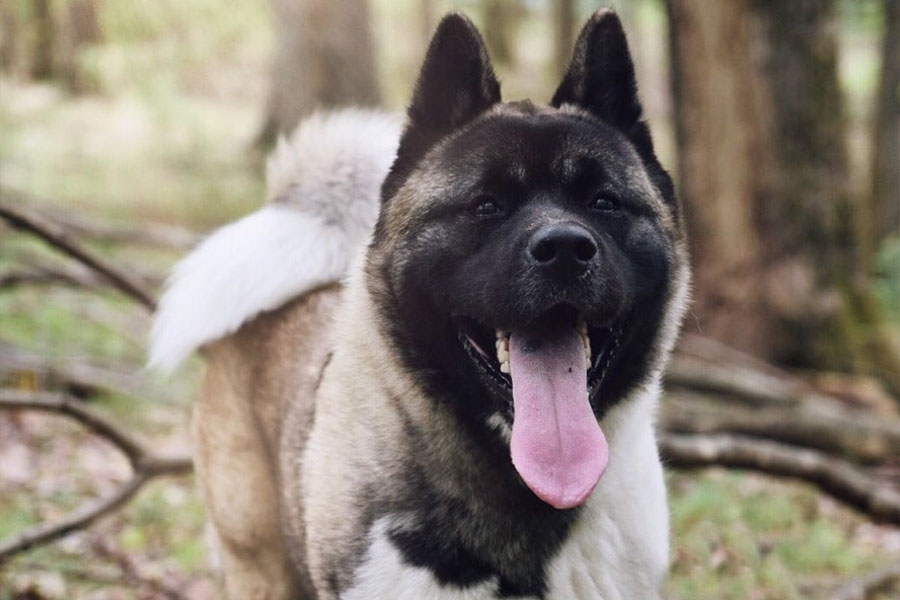 Shockingly well. Any time you bring a new dog into a home, it’s going to shake up the dynamic. Sometimes it works out, other times it doesn’t. Olive couldn’t possibly have been a better fit for this household. She’s not the brightest crayon in the box, but her heart is in the right place. She is a very dog submissive dog & is stupidly friendly with strangers also – it’s made integrating her into this house a cake walk and you’ll rarely hear me say that about anything with my dogs.

YES. These dogs should NOT be trained for guarding/bite sport. There are countless articles explaining why independent thinkers have no place on a bitesport field, but this is a breed that is not always the best at determining threat from non-threat. They are naturally aloof and wary and will defend their home and people with a tenacity that is unmatched. That’s something they are born with and not trained for. 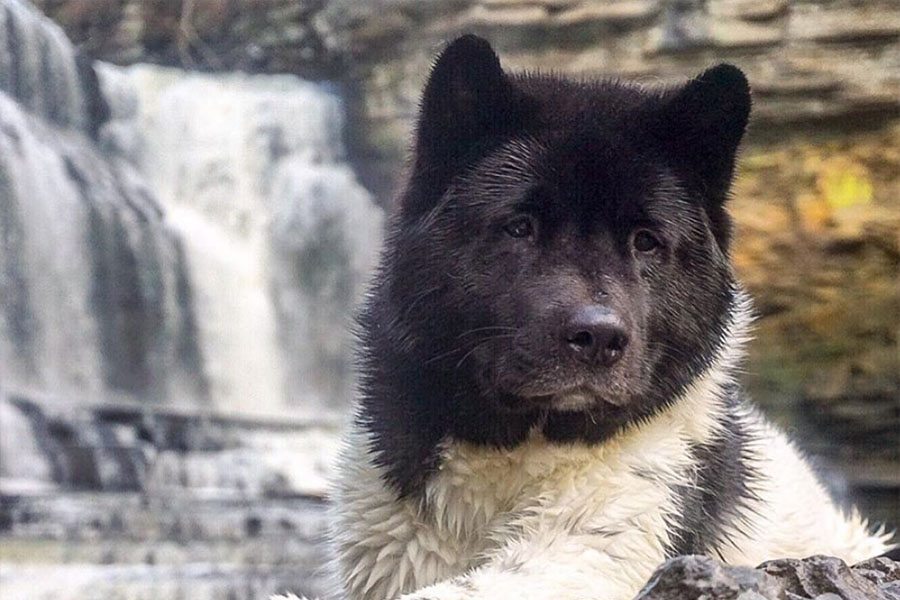 I don’t know if special is the right word, but they absolutely require firm, fair and consistent training. An Akita thrives in a structured environment. Early socialization is critical and rules and boundaries should be set and upheld from early on and into the duration of the dogs life.

12) Would you recommend an Akita to a first-time dog owner?

Generally – no. Simply because new owners don’t often know what to expect with dogs period and an Akita is a whole different ball game. They are not an easy breed and I know many breeders who don’t even place into first time homes. That said, if someone spends enough time around this breed and does the appropriate research into them and truly knows what to expect and do, it’s not an impossible feat. It’s just like skiing the blacks your first time out.

13) What advice would you give to someone thinking about an Akita as a pet?

Evaluate your home and situation. Do you have other pets? Do you want a social dog? Do you have young children? Read the breed standard and decide if that is truly the right dog for your situation. Akitas are beautiful and eye catching. So many people see them and think “I have to have that!” but it’s important to be sure that you’re right for an Akita and an Akita is right for you. That’s a big commitment. Working in rescue, I can’t tell you how many Akitas have been dumped at shelters for simply being what they are – Akitas.

14) Why did you decide to start an Instagram page for your Akitas?

The day I realized I had posted like 20 photos in a row of my dogs on my personal Instagram page and thought “Wow, I wonder if my friends even remember what I look like?”

Oh gosh, that’s a tough one. I like posts that get people discussing things. I personally try to use my platform to educate people not only about the breed, but about reputable breeders and how to find them. If you have a platform – use it. I like those posts the best.

16) Do you spend a lot of time on Instagram/and taking photos? 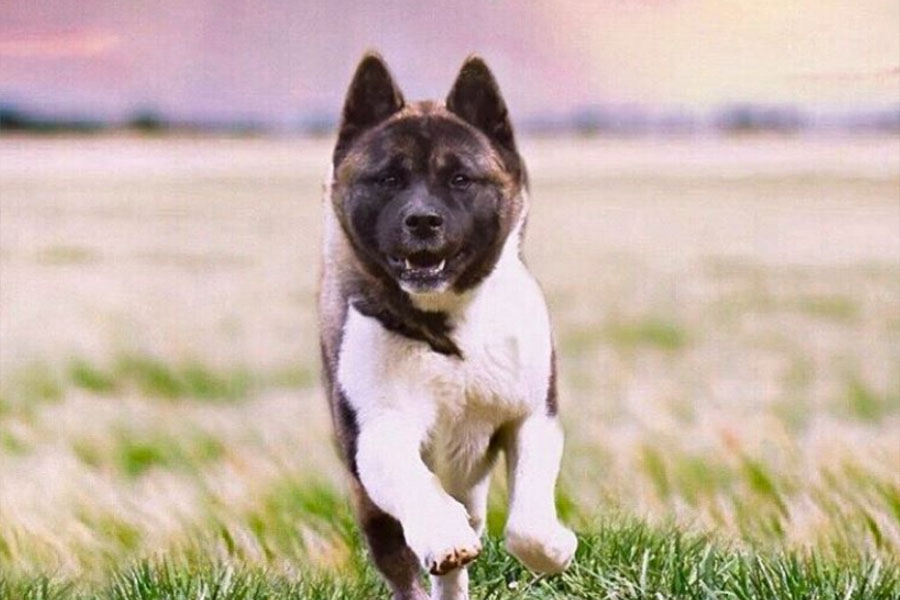 I spend a ton of time taking photos – but not much time on Instagram, surprisingly. I am trying to be better about being online to engage with everyone, but I spend so much time traveling out with the dogs and chasing them with a camera – only a fraction of that ends up on their Instagram page!

17) What other Akita accounts would you recommend for our readers?

This is also a hard question, because we have found so many wonderful Akita friends online. I don’t want to single anyone out, but if I have to choose one – Malcolm the Akita (@malcolm_the_akita) if always a go to. Malcolm’s owner May is a very breed savvy owner and uses her platform of nearly 75k to spread breed awareness and education also! I think it’s fantastic to see a well bred dog with a well educated owner, delivering the right message about the breed to anyone who may be interested in them. I love May because she doesn’t sugar coat any of the breed’s quirks – good, bad or ugly! If you’ve made it this far, you’re probably already following Malcolm but if not – go follow them!

• Loyal – This is a breed who would lay its life down for you. From the famous Hachi, loyalty is ingrained into this breed. They are often called “one owner dogs” and form very close bonds to their person or immediate families, but have little regard for those outside of their circle. I personally enjoy that in a dog.

• Intelligent – They are brilliant. They are always watching you and learning from the environment around them. They can be smarter than you, so they keep you on your toes!

• Clean – They’re fairly clean, but do require grooming care. (No one gave Roulette that memo.)

• Aggressive – They are also inclined to have genetically predisposed aggressive traits – particularly with other dogs, but potentially with humans also. This can be difficult for new owners to manage and understand.

• Stubborn – They are stubborn and they get bored quickly, so training can be a challenge.

• Independent – This is a tough dog breed. That’s never something I have sugar coated. They are independent thinkers and this means they evaluate a situation to make a decision, rather than standing by for the command of their human as many other codependent breeds would do. This could be “Your idea makes sense and will benefit me, I’ll do what you’re asking.” Or this could be “You’re making the wrong choice, my idea is better. I’m going to do this instead.” You have to understand the way this breed thinks and works to successfully own and manage them.

Mason The Akita Questions and Answers