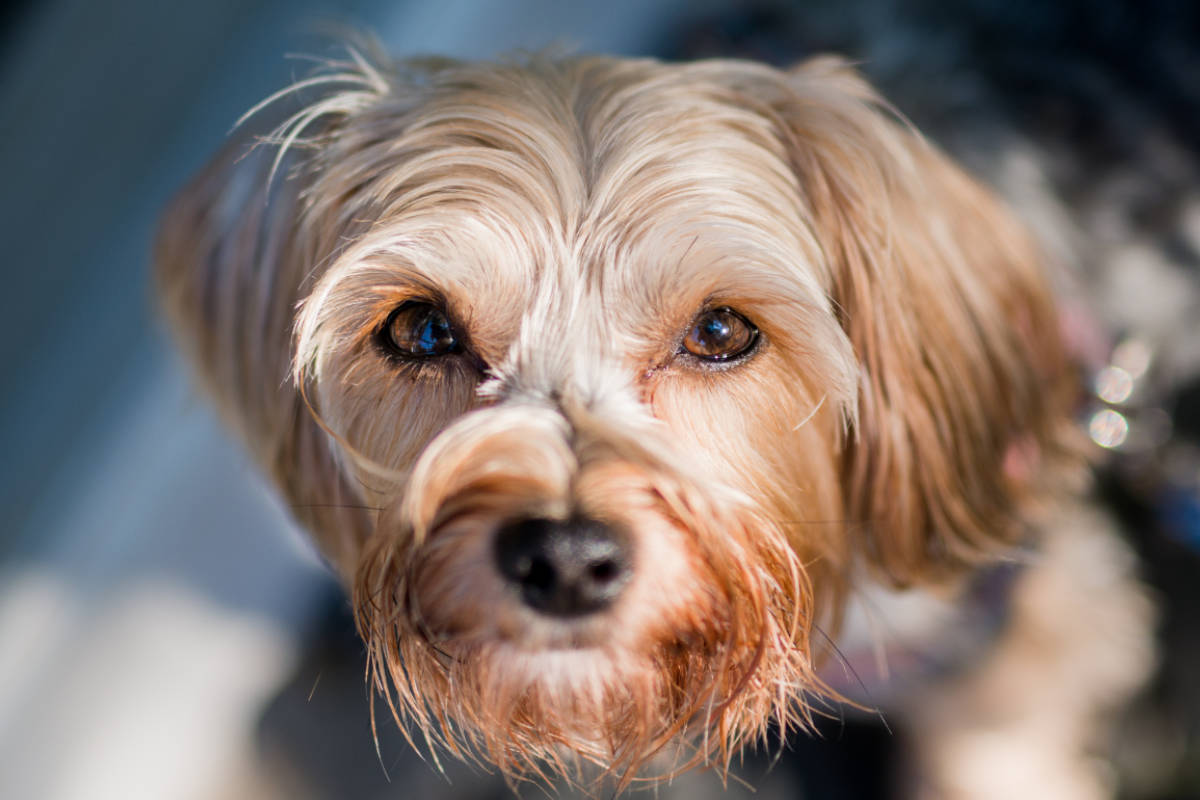 The Yorkshire Terrier is a common dog breed that is hugely popular as companion pets throughout the world.

When Yorkies are crossed with the easy-going Maltese dog, the result is a friendly and loving hybrid pup called a Morkie.

Morkies are often dubbed a designer dog breed given their increasing popularity over the past 20 years or so.

However, there are lots of Morkies who need to find a forever home after being taken in by rescue shelters.

If you’re thinking about getting a Morkie, one of the best ways to learn more about a specific type of dog is following examples of the breed on Instagram.

Zeus (@life_of_zeus_the_morkie) is a Morkie living Surrey in England. This adorable pup lives with his little sister called Luna. Together, they make the cutest pair.

Zoey (@zoey_the_morkie_) is a four-year old Morkie who likes to live life to the fullest. Zoey has one message for her followers: be kind! Zoey has nearly 2,500 followers on Instagram.

Otis (@otis.the.morkie) is a Morkie based in St Augustine in Florida. This puppy has the fluffiest little ears that will melt your heart.

Micky (@mickymorkie) is a Morkie living in Singapore. This one-year old has a beautiful white coat with a welcoming smile. You’ll often find Micky with his sibling Abby.

Jameson (@jameson_the_morkie) is a Morkie living his best life in Detroit. This male Morkie is one and fast approaching adulthood.

We’re heading to Toronto to meet Canadian Morkie called Minnie (@minnie.my.morkie). This little princess has a little sister called Loki, who is also a member of the Maltese Yorkshire Terrier cross breed.

Chandler (@chandler.the.morkie) doesn’t need a mom manager to manage his Instagram account. The Morkie is a a little model who lives to rock a bandana or an outfit.

Next up we’ve got a professional velcro dog called Rocky (@rockynycmorkie). This Morkie is living in the Big Apple. Rocky is closing in on 8,000 followers on the photo-sharing app.

Proving that Toronto is a hotbed of Morkies, we’ve got Mikko (@mikkomorkie). This TikTok star has a beautiful, fluffy white coat with a big smile.

Hattie (@hattiemaethemorkie) is a cute Morkie girl who loves to rock an outfit. Whether it’s a full body costume, an accessory for her hair or a bandana, Hattie is one of the most fashionable Morkies around.

Cleo and Jack (@morkiesinthecity) are a Morkie duo who live on the east coast. This cute duo love to explore New York and New Jersey together. Cleo and Jack have over 11,000 followers on Instagram.

Zoey (@zoey_the_morkie) is a cute Morkie who likes a good BOOP! This Morkie loves to be on all fours with her human sibling. The Maltese Yorkie cross is close to 13,000 followers on the photo-sharing app.

Olive (@olivethetinymorkie) is a Morkie boy living in Minneapolis. Olive has quite a few big loves in her life: her mama, bully sticks, fetch and posing for the camera.

Faith (@friendly.faith.the.morkie) is another example of a Morkie with supreme taste in bandanas. This petite lady loves to spot an array of different colors for her Instagram followers.

Dexter (@dexter_on_the_daily) weighs in at a dainty four pounds. This cute Morkie lives in Tulsa in Oklahoma. Dexter is on the brink of reaching the 20,000-follower milestone.

Kara (@peakepups) is a San Diego pup living with her bro Riley and sharing life with lots of foster dogs. Kara is sweet, mischievous and loves to snuggle. If you want to see life with a Morkie and how they do with dogs of all shapes and sizes, this is the account for you.

Rambo (@rambothepuppy) has nearly 30,000 followers on Instagram but this pet influencer has over 300,000 fans on Facebook. When Rambo isn’t fulfilling his social media duties, you can find him with his feline friend Fifi.

Herman (@hermaninthehood) is a Maltese Yorkshire Terrier living in Toronto. Herman deals in treats, especially when posing for photographs. This Morkie has a passion for travel, sharing his adventures with his 148,000 followers on Instagram.

Leo (@littleleothemorkie) is another famous Morkie living in Ottawa. THis Canadian canine is approaching his eighth birthday. Leo has a staggering around 150,000 followers on Instagram.

Hugo And Ursula Questions And Answers