Minnie and Max The Pugs Interview 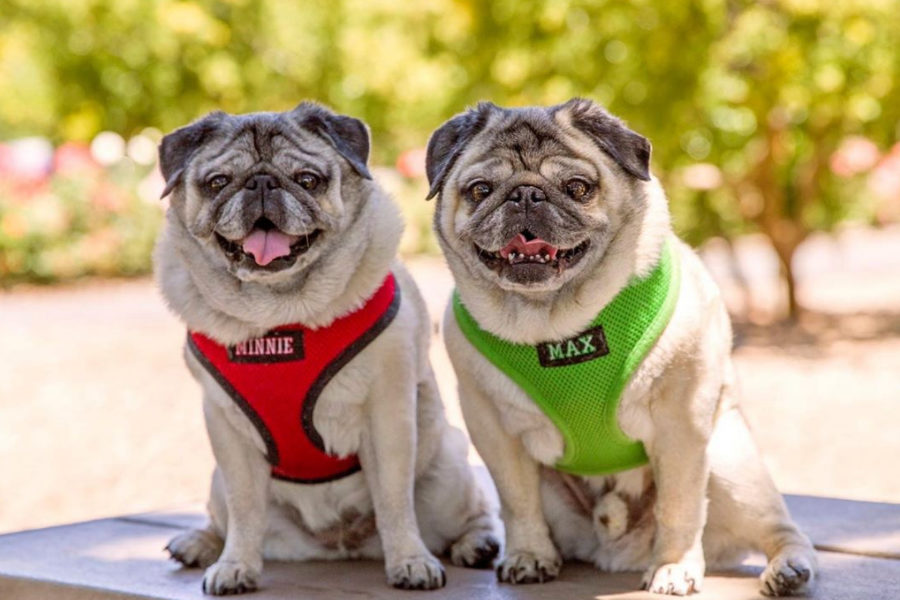 There are a host of pugs that have achieved social media fame in the Instagram era.

But two of the first pug double acts to make waves on social media were Minnie and Max.

This sibling duo achieved fame thanks to a viral head tilting clip that was featured on Good Morning America, The Ellen Show and more.

These days, Minnie and Max (@minniemaxpugs) are using their social media following to help spread the word about rescuing pugs – and dogs.

We spoke to Minnie and Max to learn a little more about their story, their viral hits and their work to help find abandoned pugs new homes.

1) How do their personalities differ? 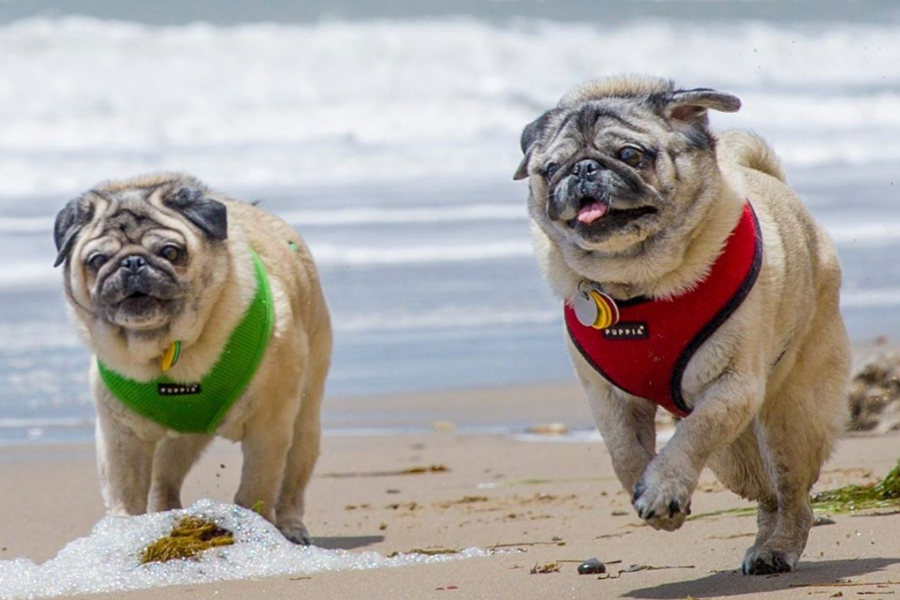 Despite being litter-mates, Minnie and Max have quite distinct personalities. Minnie is very smart, focused, energetic and self-confident.

Max is sweet, devoted, and relatively reserved and shy.

2) What are the best aspects of owning two pugs?

One of the great things about having two pugs is they always have each other, even when no humans are around. Minnie and Max are very bonded. They usually hang out together and use each other as pillows. Plus, it’s always nice for each human to have their own pug next to them at all times.

3) What are the challenges of owning two pugs?

Twice the vet bills, LOL! Also, even at age 11, we can be cranky towards other dogs. We tend to “team up” in order to show a passing dog who’s boss, just in case they don’t already know.

4) Can you give an insight into how Minnie and Max became viral sensations?

In late 2008, we had our pug friend Mabel staying with us while her humans were traveling. We posed all three for a photo tilting their heads (as many pugs do) and sent it to them as an email attachment. We then did a video similar to the photo while asking a few recognizable questions of them. “Wanna go for a riiiide, etc.” We tried to attach it to an email as well but the file size was too large. We decided to upload it to our rarely used YouTube account and simply send them the link. (We also CC’d a couple dog friends who we thought might enjoy it.)

Several weeks later, our email inbox was filling up with video comment notifications from YouTube. Soon after, we received an email from ABC’s “Good Morning America” requesting permission to air it. Soon thereafter, it appeared on Ellen, Regis and Kelly and others. Another version of the video appeared on Jay Leno’s Tonight Show and several subsequent videos appeared on Animal Planet.

5) What is the most memorable experience you’ve enjoyed as a result of their social media fame? 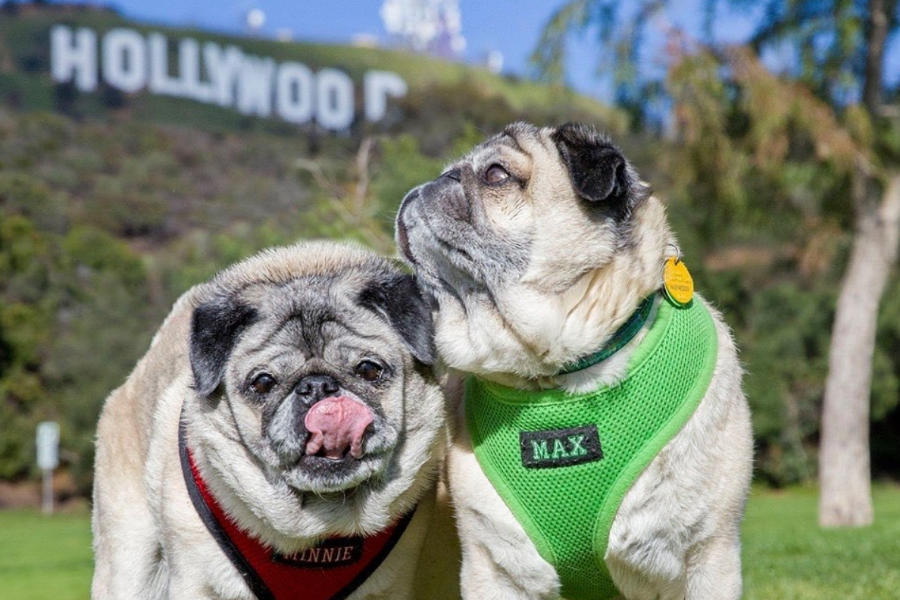 Our video was featured on an Animal Planet show called “Puppies vs. Babies.” The show was like a “March Madness” bracketed tournament where videos of puppies and babies went head-to-head before advancing to the next round. We knew we were going to be on the show but did not know the results of the competition until we watched it live with a few friends. It was like watching the Super Bowl and we all cheered when we won. That was a fun moment.

6) Have Minnie and Max met many celebrities?

No. We have many celebrity friends and fans online and although we travel frequently we don’t seek them out to meet them. That said, we’re always happy to meet up with anyone who requests it. We love ALL of our fans, not just those with a blue checkmark.

7) Do people recognize Minnie and Max? What are the comments you get the most?

Yes! It always fun to run into people who recognize them. We ran into a fan jogging in Chicago who stopped us on the street. We occasionally see fans who obviously recognize them but don’t want to bother us. They should know we’re always happy to stop for a photo. Almost everyone says we look smaller in person. They also tell us that following them brightens their day. That means a lot to us.

8) What advice would you give to someone looking to improve their dog’s social media game? 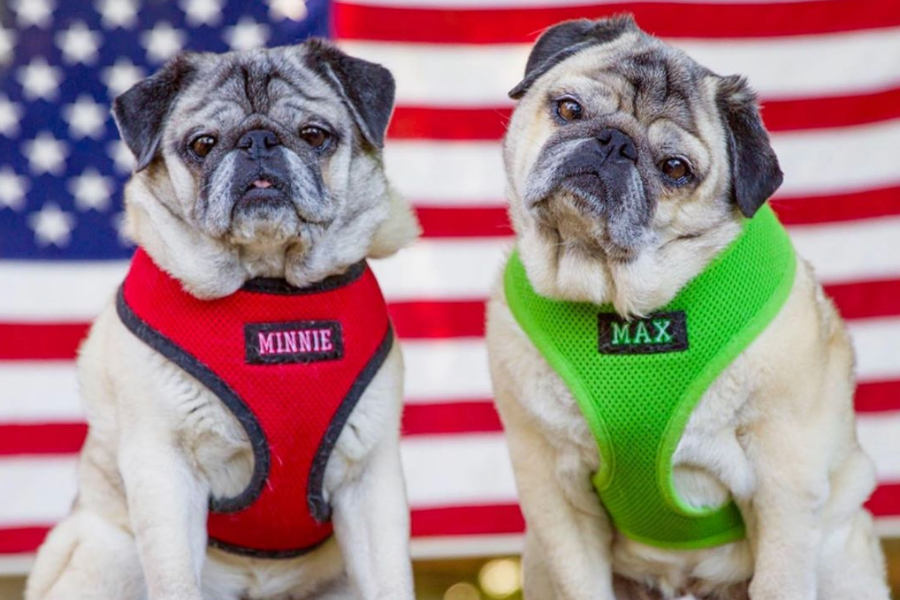 Hire an assistant or intern! The new algorithms favor video and constant engagement. It can be VERY time consuming. Posting the occasional photo no longer gains much traction. We decided early on that we were not willing to devote the time and energy required to make M&M reach their highest potential in the social media space. Unfortunately, it means the vast majority of our followers never see our posts. We have our dedicated following and that is good enough for us. We enjoy having a life outside of social media. The folks who have done especially well work very hard and spend a great deal of time and effort, we can assure you. They’ve definitely earned their following. We had our day and we wish all the newcomers well!

9) What are the pros and cons of having Insta-famous dogs?

We love being invited to events and like to travel. We enjoy meeting folks who follow M&M online and have made a lot of friends this way. We have also been able to use our relative fame to raise awareness and fundraise for various rescue organisations. Not really much downside besides a little pressure to meet posting expectations. (We try to post daily.)

10) What other famous dogs do you admire or draw inspiration from?

Wow. There are so many now. We actually remember when there were just a handful. Harlow and Sage have incredible content. They inspired me to buy a better camera. Doug is the hardest working pug in show business and we respect that. (We had the pleasure of making a video with him a few years ago.) So many great pug friends like Ozzy, Brandy, Gidget, Hamilton, Scoutie, Timmy, Matti, Saty, Milo and Otis, Finley and others. Shoutouts to Manny, Marnie, Tuna, Popeye and Dougie who we all had the pleasure of meeting. Boo was the OG and we go back to around the same time. He inspired us to make good, simple content and also followed his lead in keeping the human BEHIND the camera only! LOL

11) How did you get involved in animal rescue organisations?

We decided early to use our “fame” to support our local Pug Rescue and eventually many others. We started sharing rescue org posts and attending rescue events. We have been fortunate to become friends with many folks who work so hard in the interest of animals in need. They are the real celebrities in our opinion. Supporting them is the least we can do.

12) Is there enough awareness about rescuing a Pug? 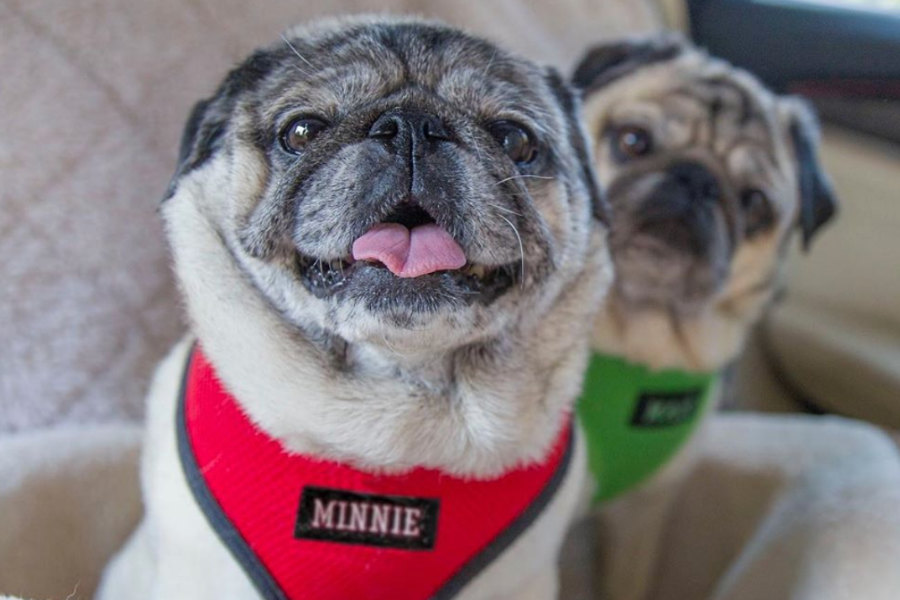 Many folks are surprised to hear that such a popular purebred dog is often surrendered to a shelter or rescue. Whenever someone asks about obtaining a pug we remind them of the rescue option first. We need responsible breeders and rescue organisations working together towards the same goal: Every pug deserves to be healthy, happy and living in a loving home.

13) What would be your message for someone thinking about getting a Pug?

Don’t get a pug impulsively. They require extra attention and often more than the average amount of veterinary care. That said, most pug people will tell you that they certainly are worth the extra effort. 🙂