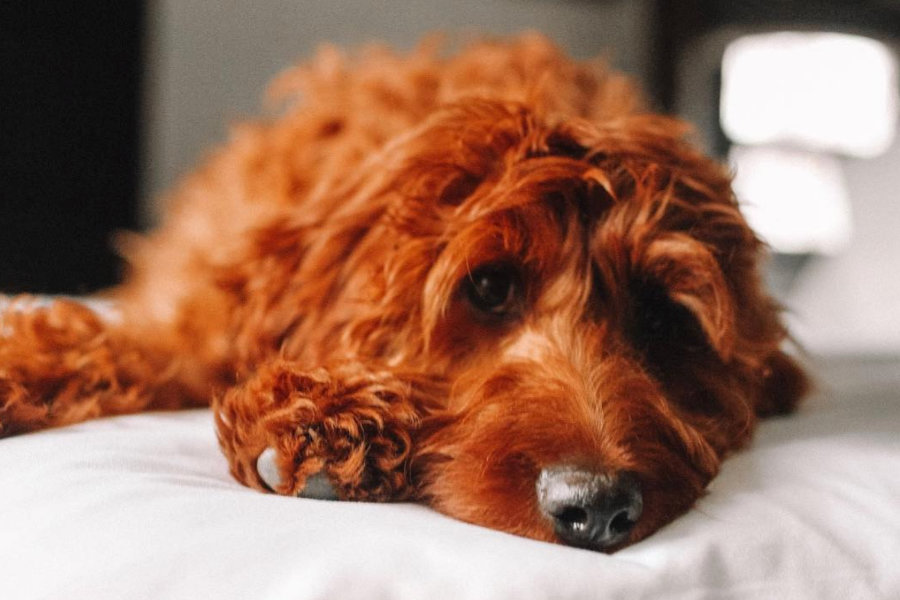 If you haven’t heard of an Irish Doodle, you won’t forget them in a hurry once you’ve set eyes on these beautiful dogs.

For those who are unaware of these upbeat designer dogs, an Irish Doodle is a cross between an Irish Setter and a Poodle.

These fluffy pooches were bred to work as service and therapy animals, helping those in need but with an allergy to dogs.

While it’s unclear when the first Irish Doodle was bred, these sociable dogs rose to prominence in the late 1980s and early 1990s.

These medium-sized dogs can come in a variety of different colors: red, apricot, black and white. 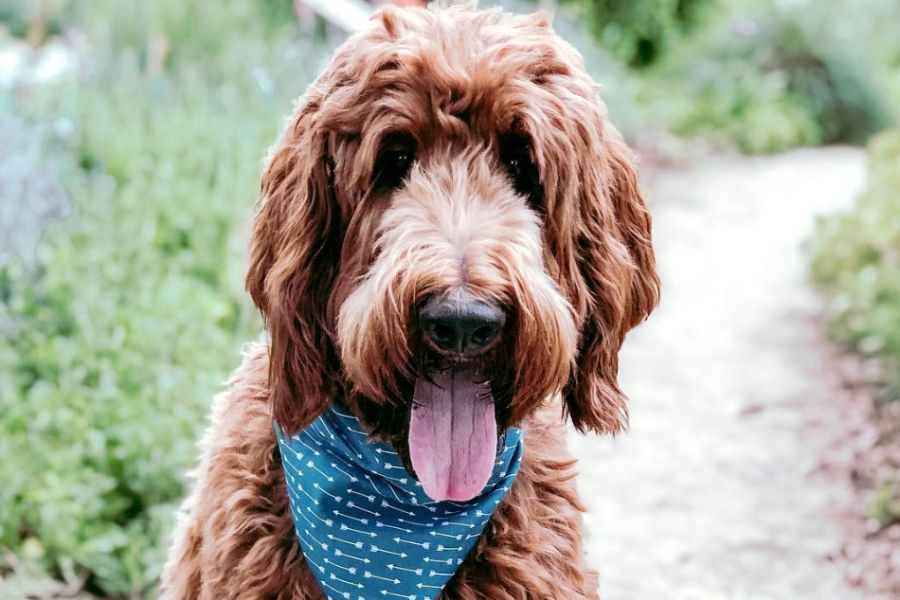 While there is a lot of information readily available about pedigree dogs online, learning more about Irish Doodles can be challenging.

However, Instagram is a great tool for dog lovers who are thinking about an Irish Doodle as a pet and want to learn more about the cross breed.

With one of the biggest followings of the Irish Doodle community on Instagram, we have to start with Fitz (@fitz_no_tantrums). Fitz is a F1 Irish Doodle – he was born to an Irish Setter and a Poodle based in Pennsylvania. This one-year old can be found sporting a stylish bandana or two in Detroit, Michigan. Fitz is well on his way to 18,000 fans on the photo-sharing app – and it doesn’t come as a surprise given this “no tantrums” pup has rugged good looks.

While red Irish Doodles are the most common variety of these beautiful hybrid dogs, they can also be found in white. Winston (@winston.the.irishdood) is a fine example of a white Irish Doodle. Living in Kentucky, this soon-to-be two-year-old Irish Doodle has three passions that pooches all around the world will be able to relate to: sticks, peanut butter and squirrels. Winston has over 12,000 followers on Instagram who have fallen in love with this charming Irish Doodle.

Next up is an Irish Doodle who loves to go hiking in Orange County, New Jersey. Cooper (@cooper_the_irishdoodle) is a red Irish Doodle with a taste for the outdoors. He isn’t even one yet but Copper has found his hiking paws judging by his beautiful photos at High Point State Park in New Jersey. On the cusp of the 10,000 follower milestone, you’d do well to follow this gorgeous dog and his adventures.

If you’re looking for an Irish Doodle with a definite sense of style, you’re search is over. Hunter (@hunterdoodle530) is a fashion-conscious Irish Doodle that loves nothing more than sporting a snazzy bandana. This Irish Dood has a bandana for every day of the year (or it certainly seems like that). If you want some tips on how to make your dog more fashionable, you should hit follow like over 4,400 other people have already done on Instagram.

We’re excited to introduce the first apricot Irish Doodle on our list. George (@gorgeousgeorge_thedoodle) doesn’t disappoint – he’s just as gorgeous as his Instagram handle suggests. It’s little wonder that this two-year old Irish Doodle is a babe magnet (in his own words). He may be a gentleman but George has begging down to an art. When George isn’t breaking hearts, you’ll find this charming dog stealing socks, undies, and hearts in Portland, Oregon.

Continuing our quest to find Irish Doodles on Instagram, we’ve got an Indiana pup up next in the shape of Bubba Mo (@bubba.thedood). The Irish Doodle has been stealing hearts for little over 13 months – and we’re sure he’s doing a fine job with his undeniable good looks. Bubba has amassed over 1,000 followers in 12 months, which makes for steady progress.

We’ve had red Irish Doodles, apricot Irish Doodles and we’ve even had a white Irish Doodle but it’s time for our first Mini Irish Doodle. Tucker (@tucker_theminidoodle) is living in New York City with his two dads. His Instagram profile boasts countless photos of this little pup exploring the city that never sleeps. When Tucker isn’t posing for photos for his 1,200 fans in the Big Apple, he’s a sock enthusiast.

Switching back from Mini Irish Doodles to Irish Doodles, next up is Leo (@leo_the_irishdood), who is living his best life in Pittsburgh, Pennsylvania. Being a bad boy since the 11 March 2018, Leo can’t stay in trouble too long with his undeniable good looks. With beatiful brown eyes, we imagine Leo is quite the charmer.

Moving down south, Zeus (@thatdood_zeus) is based in Winchester, Virginia. This Irish Doodle has a charming white fur on his chin and chest that really add to the Irish appearance. Judging by his Instagram page, Zeus has an active lifestyle, with plenty of videos of his training, walks, adventures, play time and naps (obviously). He’s fast approaching 1,000 followers before his first birthday.

If you’re interested in a Mini Irish Doodle as a pet and you want to learn more about their different stages of development, you should follow Nori (@nori_thedoodle). She was born on 15 February 2019, so she’s still a tiny little pup. Over 500 people are following her as she experiences all the sights, sounds and smells of the world.

Last but by no means least is Pisgah (@pisgahthedoodle). We like the sound of the RV life that Pisgah lives with her humans. Exploring Western North Carolina, Pisgah can be found in the woods, at the beach or sampling delights such as ice cream. This F1 Irish Doodle will win you over with her good looks and atmospheric photos.