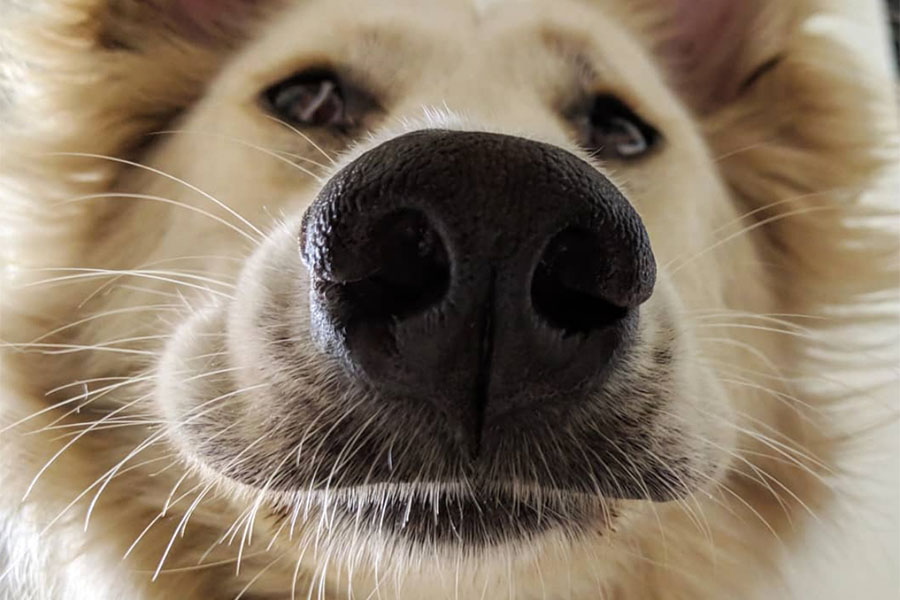 You may have seen Sam’s incredible transformation photos on Reddit, blossoming from an adorable puppy into a stunning wolf.

Having been adopted in February 2018, Sam’s parents Saray and Maor believe their wolf is in fact a Golden Shepherd.

For the uninitiated, that’s a cross between a Golden Retriever and a German Shepherd.

We spoke to Sam’s parents to learn more about this booping sensation.

If you want to check out more of this Golden Wolf’s, you can head to her Instagram page and her YouTube channel.

1) Can you give us a little background into how you ended up with Sam?

We can start by saying that Sam is our sunshine, inseparable part of our lives. Before we adopted Sammie we had a difficult year. We had a Golden Retriever puppy named Bailey, she died when she was only 1 year old from a genetic kidney failure although we did everything we could to save her. After a period of mourning and grief we saw an ad for a puppy that needed a home and we instantly knew she was exactly what our broken heart needed. The next morning, we drove to the shelter and she ran directly to us. She really chose us as much as we chose her. We decided to name her Sam because its a combination of both our names – Saray And Maor.

2) Did you know what type of mix Sam was before you adopted her?

No. Based on the way she looked as a puppy, everyone thought she’s a Golden Retriever, no one guessed she would grow up to be that beautiful wolf.

3) Your photo of Sam as a puppy and as an adult went viral on Reddit. What were some of your favourite comments on the photo?

Lol, a lot of people reacted to the order we placed the pictures. Our native language is Hebrew, and in Hebrew you write from right to left (kinda weird ha?) So instead of placing the pictures before on the left and after on the right, we placed them backwards. Oops 🙂

4) Can you give us an insight into Sam’s personality? 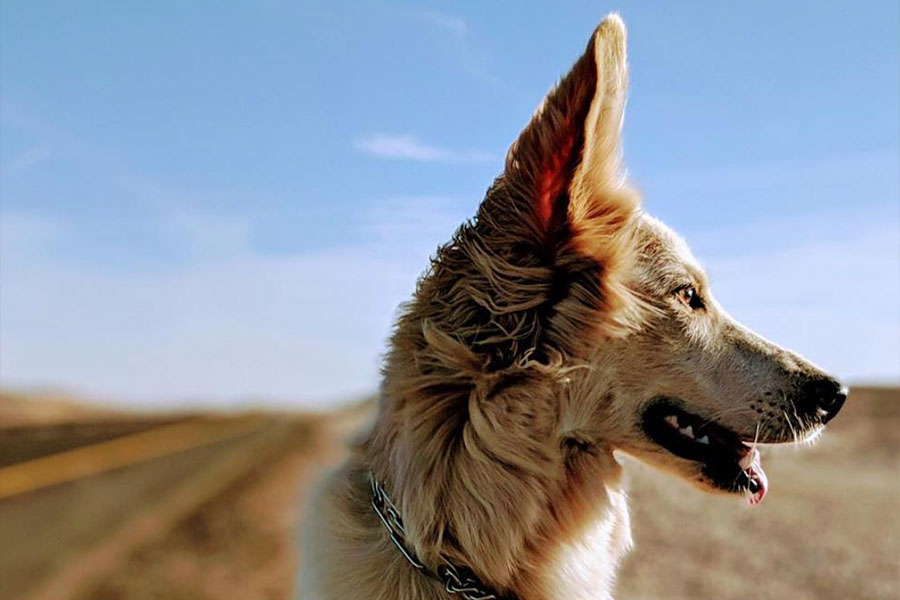 First of all she’s super funny and clumsy. She loves to play (her favorite game is Tug of War) and likes when we pet and cuddle her, but not for a long time. She’s also loyal and very protective of her family (she makes us feel safe). Sam is very smart, sometimes it feels like she understands everything were saying, which brings us to the fact that she knows how to express herself and tell us what she wants.

5) How does Sam fit into your lifestyles?

Sammie is a perfect doggo, she brings to our home a lot of happiness and funny moments. We love her so much and we try to take her with us everywhere we go.

6) Given you think Sam could be a Golden Retriever/German Shepherd cross, do you see traits of each individual breed?

Yes, for sure. From the Golden Retriever side she gets the color and the soft fur. She loves people so much and always smiles. From the German Shepherd, she gets her special ears of course and her athletic and protective side.

Definitely! We feel like we won the genetic lottery.

Surprisingly not that much. She has lots of fluffy hair but her shedding is not that bad. We need to sweep the floor every other day.

9) What is your favourite memory with Sam? 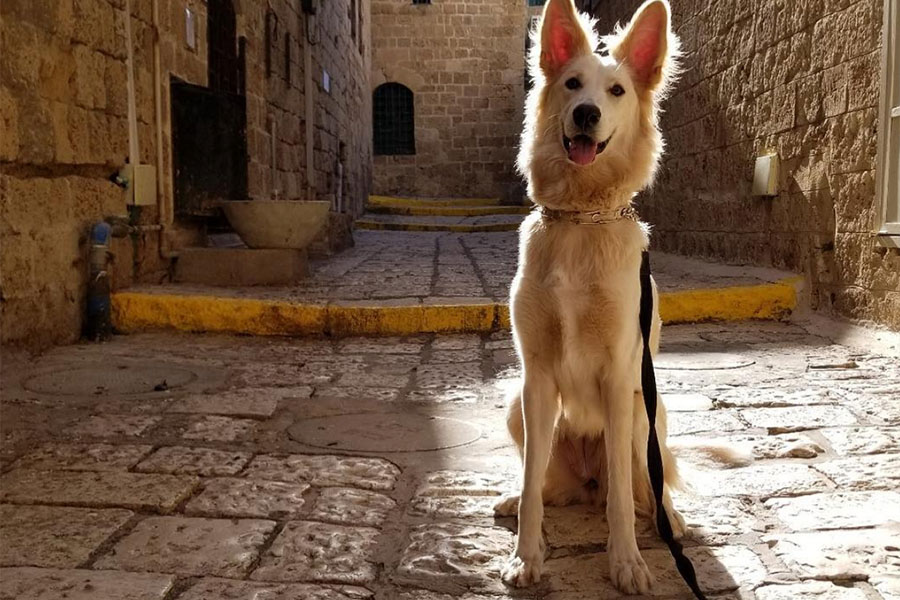 This is a hard one, because we have a lot. We would say the period when her ears started to erect, it looked so funny and they were so floppy.

10) Your Booping video was extremely popular on Reddit. How did the video come about?

We are trying to catch her authentic reaction every video that we make, such as when we play with her, get her a new toy, taste something new, etc…

11) Why did you decide to decline some big media outlets who wanted to license the video?

Viral video companies are looking for exclusive content in exchange for a promise that the video might get bought by their customers which in that case they are willing to provide 60% revenue. We decided to skip the offers because of the exclusivity they request. We prefer to have the option to share the video so that more people would enjoy.

12) What videos do you have planned with Sam next?

Our next few videos will include some more fun toys we bought her, a special costume and how we keep her teeth so white (brushing).

13) Do you spend a lot of time coming up with content ideas? 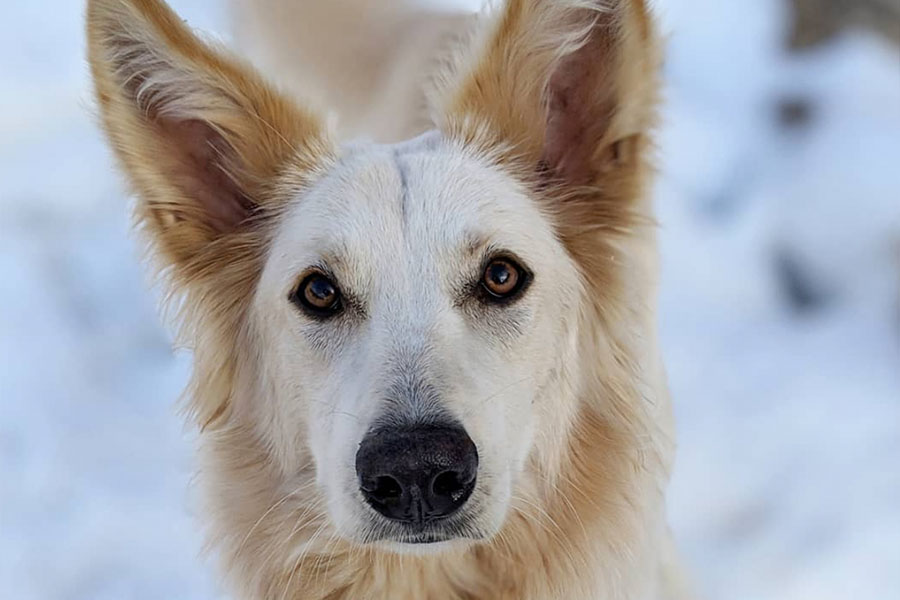 The opposite: we have so many ideas but not enough time to shoot and edit them all.

• Always smile and happy, they don’t miss an opportunity to wiggle their tails.

• They are super smart and easy to train.

• They give really warm hugs, unconditional love, and keep you safe.

• They barely shed, relatively to a big dog.

• And like any other dog they bring you happiness and love into your life.

• They love cuddling but for a short time and this is too bad because they have super soft fur that you can pet for hours.

• They are super smart so they can easily trick you.

• They are full of energy and needs lots of exercise.