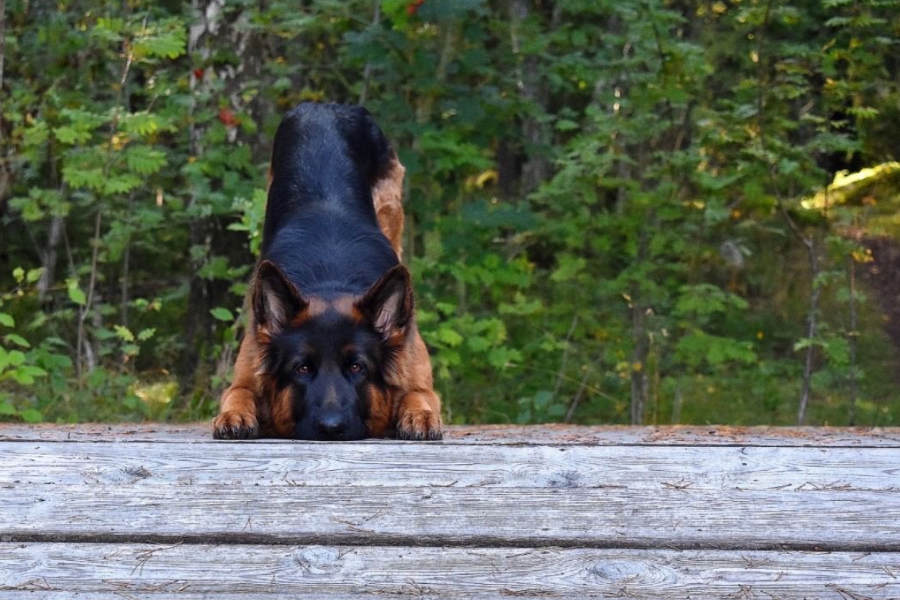 German Shepherds are one of the most popular dog breeds in the world.

There is thought to be around 10 million German Shepherds globally, which highlights their rise and rise in the canine community.

German Shepherds can make great family pets as well as serving an important function within society.

Like any breed, German Shepherds are subjected to unfair misconceptions, usually being branded as aggressive dogs.

They’re ranked as one of the world’s most intelligent dog breeds alongside Border Collies and Poodles.

We spoke to Swedish GSD Freja (@wanderwithfreja) to learn more about the German Shepherd breed.

1) How did your first hear about the German Shepherd breed? 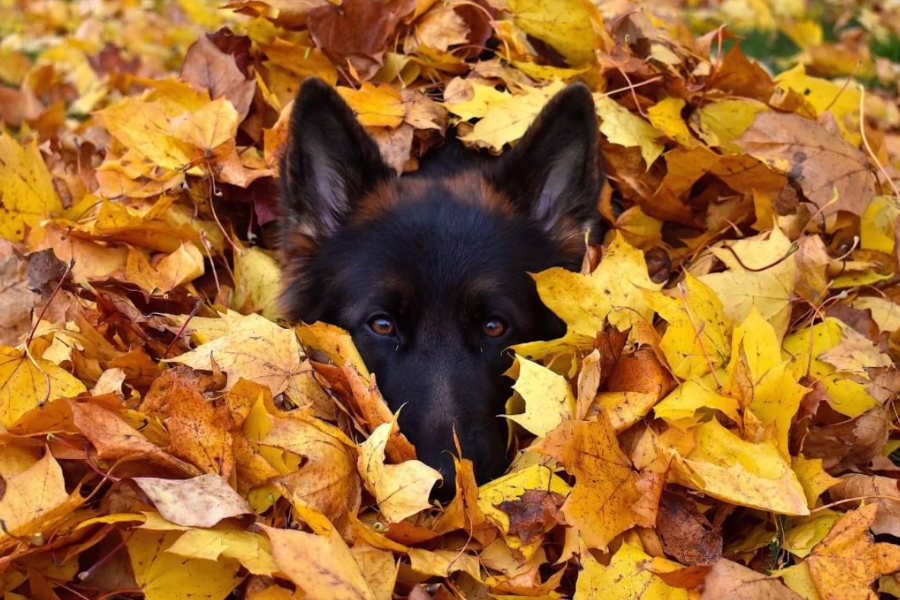 2) What attracted you to the breed ahead of other breeds?

It was kind of obvious that I would get a German Shepherd as my first dog since they have been such a big part of my life and had impact on me and I had an emotional connection to the breed. But as every person I had to make sure that the breed fit my lifestyle. Of course the look and mentality of the breed made me want it too. They are smart, quick learners and fit dogs who loves the outside and has a huge pack oriented mindset which I love.

I started to look for a dog, specifically a long coat female. I already had my mind set on that part. I wanted a healthy dog with some drive to work and please, of course from a good and reputable breeder. I also wanted a classic red and back German Shepherd. I joined a couple of forums on Facebook and asked for tips regarding breeders. I didn’t go with any of the tips…hahaha! I later visited lots of puppies and didn’t feel a connection to any of them. But out of nowhere a picture popped up on Facebook (in the forums) and I instantly fell in love with the puppy in the picture. I called the breeder and we had a long phone call, and a couple of weeks later I drove 4 hours to pick up puppy Freja. 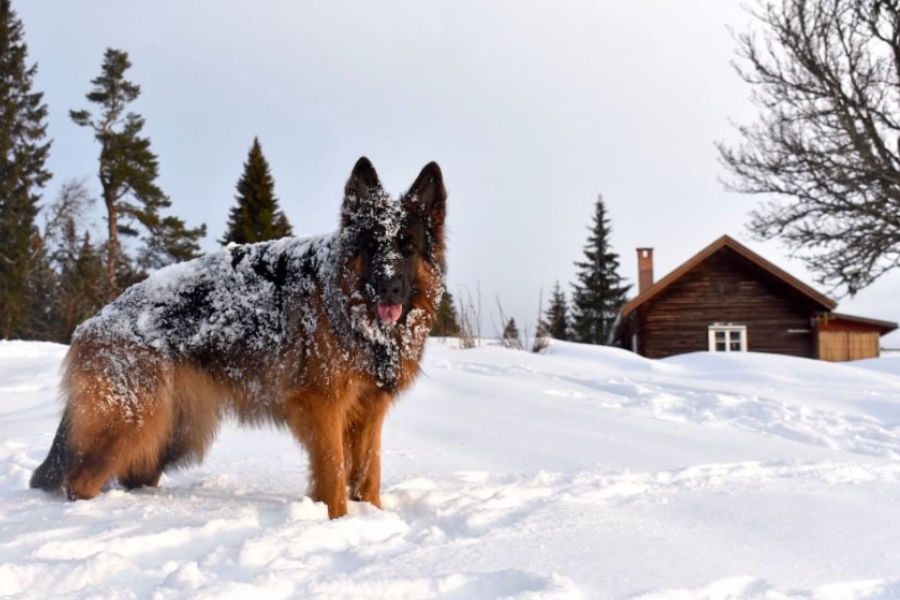 She really is an old lady in a young body and with a lot of power, energy and will. Freja is a really loving dog, even tho she isn’t affectionate. She is super goofy, yet serious all the time. She talks a LOT, and really tries to understand what I say when I talk with her and others. She also uses her voice and body to show me what she wants: if she wants to go out she’s going to tell me and if she wants her ball that is stuck somewhere, she will come and get me so that I can get it for her. She does everything at 110% and doesn’t half do anything. Her favorite thing in the entire world is to work and train, she loves obedience, herding and nose work. Even though we haven’t gotten that far with it, yet! She also adores other dogs but can be a bit unsure when meeting new ones due to the fact that she has gotten attacked multiple times before.

Like all breeds, they need training. But I think it varies a lot and depends on the individual dog. This includes their genetics and what they are used to doing. Of course the breed is bred to work so they have the conditions for it. For example, Freja needs a lot of stimulation, both mental and physical. My old family dog didn’t need as much. He was walked a few times a day and spent most of the day outside in our yard. My family didn’t train him for any specific role. But overall I would say that the breed needs a lot of stimulation, not only physical but mental as well and a good amount of obedience and especially social training, socializing.

6) Is a German Shepherd a good family dog?

It’s an amazing family dog. The breed is very pack oriented as I mentioned earlier. But normally the breed loves children of all sizes and is careful around them too. They usually “adopt” the children and treats them as their own.

7) Have you considered getting a second GSD? Does Freja get along with other dogs?

Many times, I almost got another one during summer 2019 but stopped myself since I wouldn’t really have the time for a puppy. I want my next dog to be a GSD but you never know. I also have some other breeds in mind but they will never replace the place I have for GSDs in my heart. It will forever be my favorite breed. Freja gets along with other dogs. Of course, there are individuals that she doesn’t gel with but overall she works with almost every dog. Freja has unfortunately been attacked three times by other dogs so she needs a proper introduction and it will take a couple of minutes for her to warm up when it comes to some breeds. But we go on dog walks and meet-ups pretty frequently and she gets to play with dogs at least twice a week.

8) Are there any misconceptions you’d like to debunk about German Shepherds? 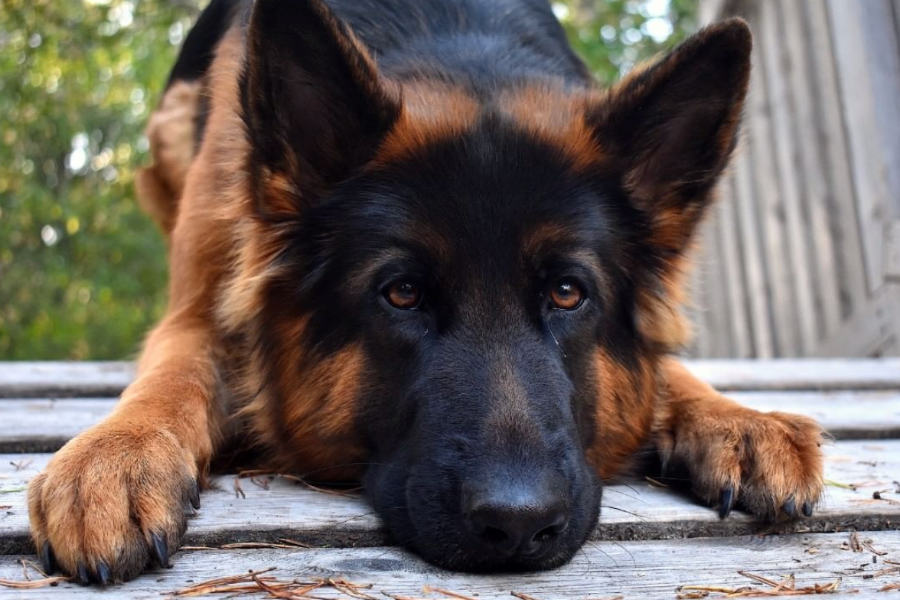 That they are dangerous to have around children. Most GSDs likes children. Some of them needs to learn to remain calm around them and settle down, it’s all about their upbringing (the same with most breeds). I don’t know how many times I’ve heard people tell me to keep my dog away from children, especially when my little sister is with me.

All dogs needs a healthy and well balanced diet and what the dog needs often varies and depends on the individual. But I would say that they need a diet that contains lots of protein.

10) Do German Shepherds require a lot of stimulation?

They are bred to work and it’s an active dog breed so the it’ll need a lot of stimulation, but the breeds can also rest and relax for a day. The breed needs both mental and physical stimulation.

11) What comments/questions do you get when you’re out with Freja?

If she’s aggressive! That’s probably the most common question that I get when I’m out and about with her. But I also get asked if she has any health problems and problems with her hips due to the reputation that GSDs have. And they always try to argue with me over the overall health of the breed.

12) Is there a big German Shepherd community in Sweden?

I would say so, I’m in multiple GSD groups on Instagram and Facebook where I can contact and talk to other GSD owners in Sweden. We also have lots of meet-ups here in Stockholm that a group on Facebook organizes (Schäferträffar i Stockholm). The community is bigger in the big cities than in smaller ones on the county sides for example.

13) Why did you start an Instagram page for Freja? 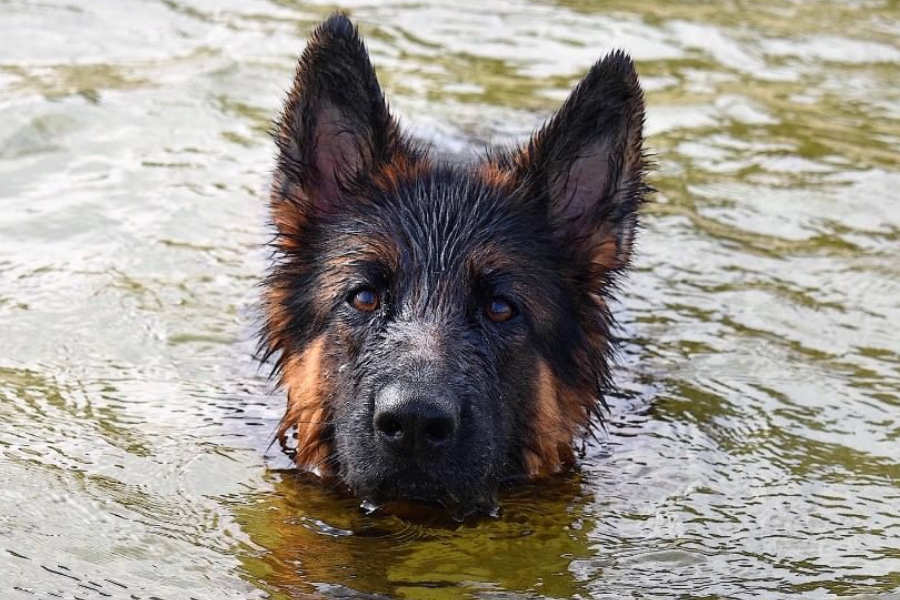 My family said that it was annoying that I posted so much about her on my personal account so I decided to start her Instagram after that. I had already thought about it before when I saw some other profiles on the explore page. But it was mostly because I wanted to have a memory of her and pictures from when she was growing up and her achievements.

14) What’s your favorite memory/post with Freja?

I really don’t have a favorite post, it changes all the time since we go on new adventures and takes new pictures. But one on my favorite memories is definitely seeing how happy she gets every winter when it starts to snow. It’s like she’s another dog.

15) What are the pros and cons of having an Instagram page for your dog?

Pros is definitely all the people we’ve met through our page, and that we have had the opportunity to meet some of them in real life too. And the constant support and tips from others, it has helped us a lot with our training. I don’t really have any cons since I’ve stayed out of drama for most part, but one thing is definitely the constant drama amongst GSD accounts that don’t get along and don’t agree with each other. It’s so tiring and frustrating.

16) What other German Shepherd accounts would you recommend to our readers? 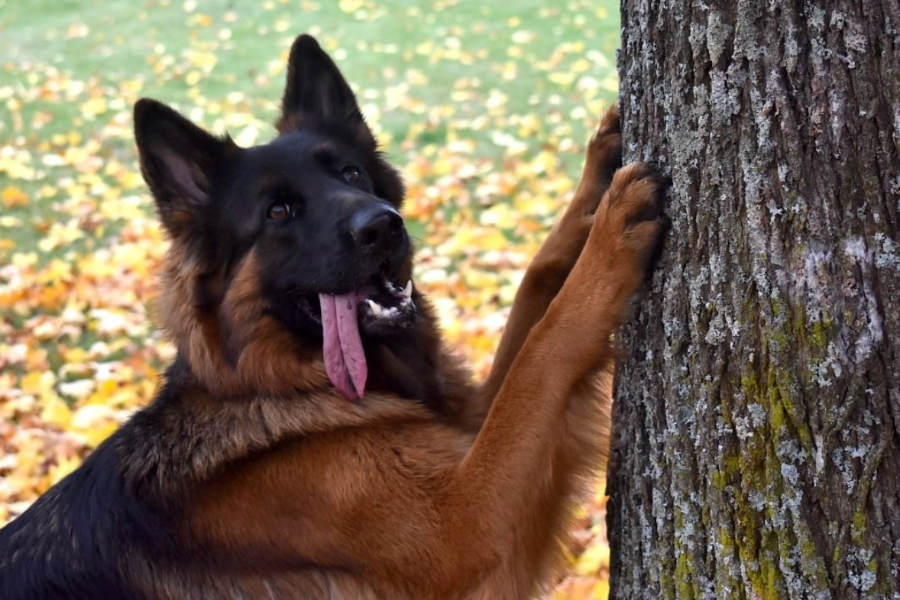 • Loyalty – a GSD will never stab you in the back, it will always have your back. You have a unbreakable bond with your dog and they will support and help you during their whole life. I will have a long life companion.

• Intimidating – I’m not a fan of the conclusions and stereotypes around the breed but I really like that people gives us space when we’re outside in public or when I’m out walking Freja late at night. I never have to be scared when I have her with me because people usually don’t approach us (unless they’re familiar with the breed or if it’s kids).

• Athletic – I LOVE that it’s an extremely active breed that is alway up for adventure and work. And having an athletic breed has also helped me get up and go out and do stuff during those days when you just want to be isolated from the world. This trait also help with your growth, they always challenge you since they need a lot of mental stimulation. They help you to evolve your communication skills in that way since you, the owner needs to teach the dog new things.

• The size and the fur – I love that it’s a big dog but it’s still not huge like other breeds. They’re the perfect size for everything, working, cuddling, adventures and other things. And their fur is thick and they have a double coat that keeps them warm during colder seasons hand helps them cool down during warmer ones. They are ideal for almost all places that you live because they adapt to their environment very well.

• Shedding – The fur is also a con due to the extreme shedding. People usually joke that GSDs sheds twice a year and they last for six months each, and it’s not wrong (not completely true either). Freja has a long coat and she looks like a short coated GSD when she is done shedding. You need to vacuum everyday because there is balls of hair laying around everywhere.

• The stubbornness – They talk back and refuse to listen. They can actively ignore you if they’re not in the mood. This makes it really tough sometimes because you get frustrated because you know that they hear you and you know they know what they’re supposed to do. But it is also pretty funny when they try to argue with you.

• The aggressive stereotype – Even though it can be nice that people respects her and leaves us alone it’s really annoying when we get to a meet up, a dog field or a dog park and people leave when they see us coming or avoids us without knowing the dog. This also makes it hard for a owner to socialize their GSD.

Millie the Malinois Questions and Answers