Dexter the Doberman Questions and Answers

Dexter is a Doberman with star quality.

He’s an award-winning show Dobie with a significant following on Instagram.

His profile is awash with his photos from competitions, as well as snaps from his day-to-day life.

Whether you like candid or professional dog show photos, Dexter (@doseofdex) provides a fascinating insight into life as a show dog.

We wanted to learn more about Dexter and his success inside the ring.

So we spoke to Dexter’s owner and handler Brittany to find out more about what goes into preparing for a dog show and this stunning Doberman’s success.

1) How did you first hear about Dobermans? 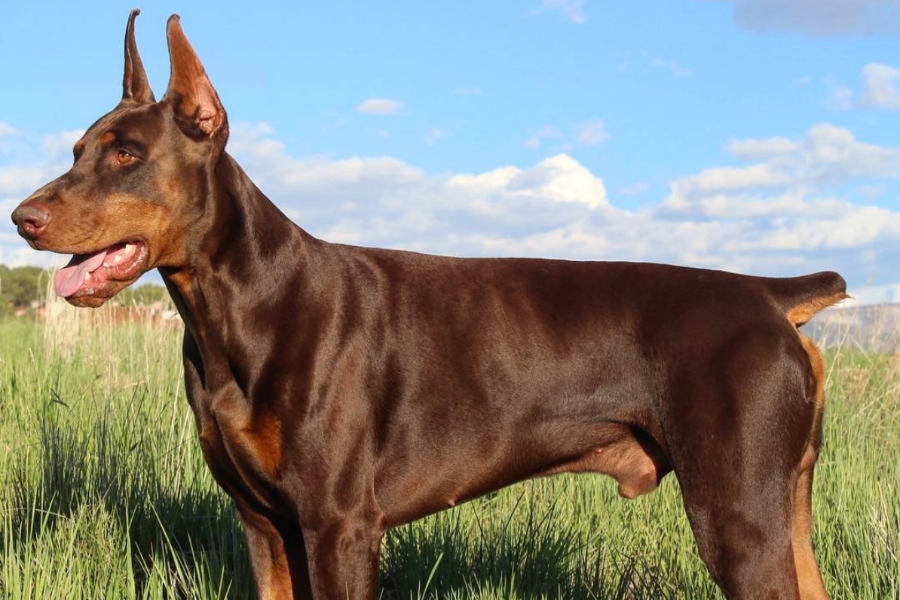 Honestly, Oliver and Company. Ha. But my first encounter with one, and what put them on my radar, was at my first job. I worked at a boarding kennel and a red Doberman would come in named Bacall. She was great and became my favorite boarder.

When I decided I wanted my own dog, and then decided on the Doberman breed for said dog, I researched breeders and found one that I liked. We spoke at length about what I was looking for in a puppy/dog. I was then “matched” with a puppy that best fit what I was looking for, and that happened to be Dexter. She was spot on with her matchmaking skills because he has been the best dog.

3) Can you give us an insight into Dex’s personality? 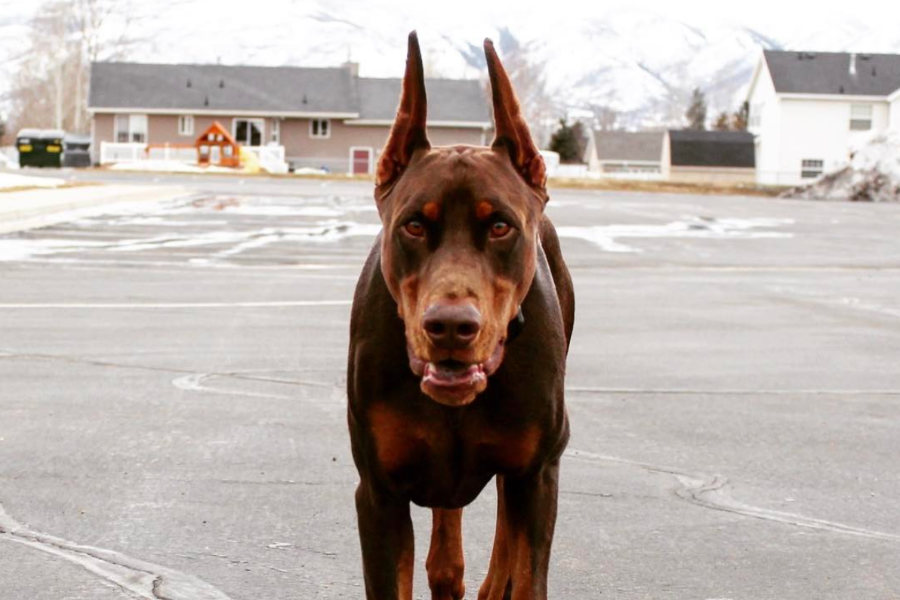 He is pretty sensitive and very in tune with my emotions. Craves attention from his family, but if someone touches him once it is their moral obligation to keep petting him for forever. He’s smart and clever, but likes to try and half ass things he doesn’t feel like doing so training is never boring. Likes to let everyone know when he is displeased in the form of whining. Constant shadow, constant companion and has the patience of a saint when it comes to the other animals in the house (Shetland Sheepdog and a cat).

4) What’s the best thing about owning a Doberman?

Constant companion and buddy. Plus, they are such a versatile dog that you can really do anything with them and have a good time; hiking to competing in dog sports.

5) How did you get involved in showing Dex?

His breeder liked how he was maturing and asked if I would be willing to show. I thought “why not” since it would be a new experience for him and another way to train and socialize. He was with professional handlers at first and showed for about 2 years with them with an okay show record (lots of second place, but got a few wins too). It was a little frustrating to deal with, because who likes to lose and still have to pay for it haha, so I decided to make it a fun bonding thing between dog and owner and show him myself.

6) Can you tell us about Dexter’s success? How much work goes into dog shows? 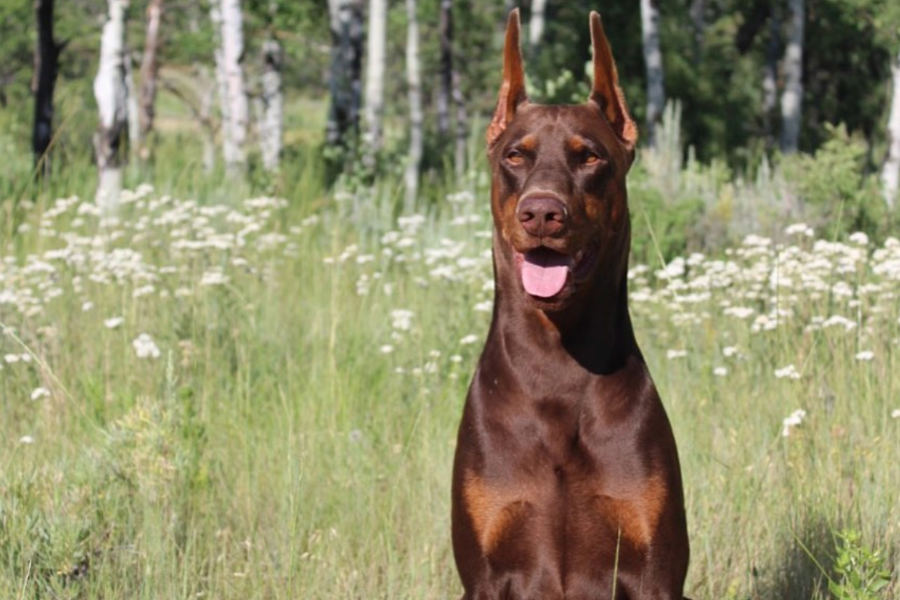 It took a bit for him to really come into his own and start getting recognition in the ring. He was able to get 7 points (need 15 for a championship) with a handler, but it did take a while to get them and I kind of think he was just going through the motions of showing because that what was asked of him. I think his success really came when I decided to do it with him. People who know him joke that he is obsessed with me, and I always say if he could live in my skin with me he could, but I think what really put him over the edge and more competitive was doing it with his owner. He gave more in the ring, he had laser focused, he knew what I was asking for and went above and beyond to give it to me. I was able to finish him in 2 shows with only 5 months of handling classes.

Surprisingly, a lot of work goes into dog shows. Before I started learning I thought running around a ring and making your dog stand was all you had to do. But there is so much more to it…stacking your dog correctly to show them in the best light to the judge, learning how to gait with your dog so that they can show their full range of movement to the judge, free stacking, the list can be endless especially when there are so many little things that can make a world of difference. I think training and practice never really end, or at least I don’t think it should have an end to it, because there is always something that can be tweaked and changed to make your next show even better than the last. It is like any hobby or new skill; to get better you must practice.

7) Do Dobermans require a lot of training?

Like with any dog, they require constant training/refreshing. But yes, they require a good amount of training. They are a dog thats original purpose was personal protection, so training and socializing them is extremely important if you want a well rounded. They are very quick learners and are super smart, but they also can test boundaries and even go through a phase of acting like they just forgot everything they have learned. Gotta love teenagers. If someone is looking for a dog that requires minimum training or activity, it is definitely not the dog for them. They can benefit greatly from group training classes, at home training as a form of mental exercise, going on outings to expose them to all scenarios etc. They are a smart and powerful dog that are AMAZING when the time has been put in to train and socialize, but if its not put in they can become a big headache and problem.

8) Do Dobermans get along with other dogs? 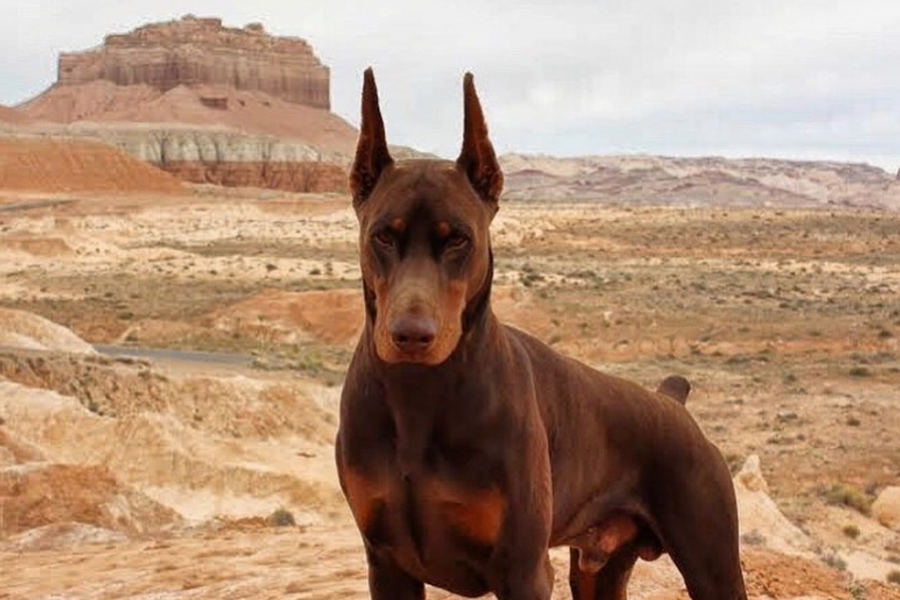 Dobermans are prone to SSA (same sex aggression), and seen more with males, so while they can get along with other dogs that is always a precaution that should be in the forefront of the mind. Other than that, when trained and socialized like any other dog they can be great in a multi-dog household. Dexter lives with a 15 pound Sheltie and they are a great little tag team.

9) What are the most common questions you get asked about Dexter?

Where did you get him, how much does he weigh, how tall is he, is he friendly, has he sired any litters (answer to that is no), does he like showing.

10) Would you recommend a Doberman to a first-time owner? 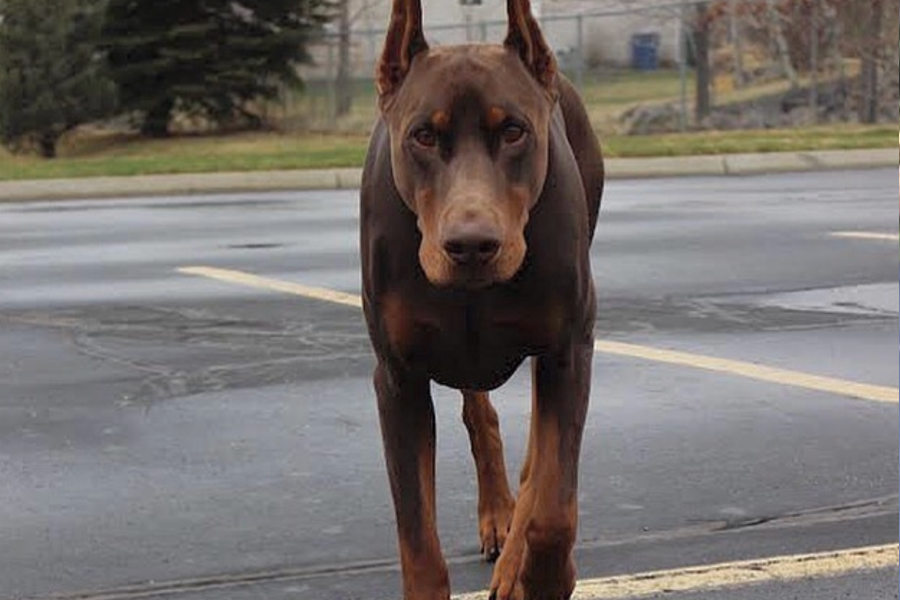 I think as long as someone puts in the time to properly research the breed (temperament, health issues, training, etc) and understand the commitment that goes in to owning one, they can be a breed for the first time dog owner. Does this breed fit into my lifestyle? Am I prepared to deal with the potential health issues that can come with a Dobe? Can I put in the time for training? Am I in a living situation that will allow Dobermans or be a good environment for a Doberman?… I think it is important that research entails speaking to breeders or breed specific rescues (whatever route someone takes), and even going to dog shows to meet the breed and speak to owners and handlers too before fully deciding on one are also extremely important too.

11) Do Dobermans have a lot of energy?

Yes! They do tend to mellow out a little as they age, but still have energy to go go go. Mental and physical exercise are important outlets for their energy.

12) What’s the best thing about having an Instagram page for your dog? 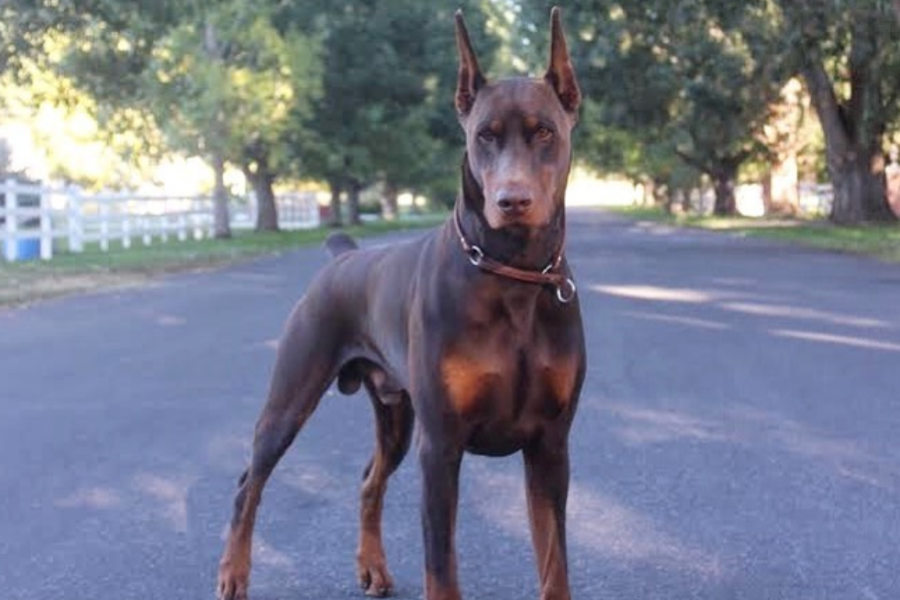 It’s basically like a virtual photo album of him just growing up. All his accomplishments, any funny things that happened, adventures we have done together, and I love that. I also love getting to know other Doberman people out there that I probably never would have come across if Dexter didn’t have his own IG page.

13) How often do you spend on your Instagram page?

Honestly depends on the day and my schedule, but maybe a total of like 1- 1 1/2 hours a day give or take.

14) Do you have a favourite post or story about Dexter?

My current favorite post is the one of us finishing his championship. It was a great moment for us.

15) What other Doberman or dog accounts would you recommend? 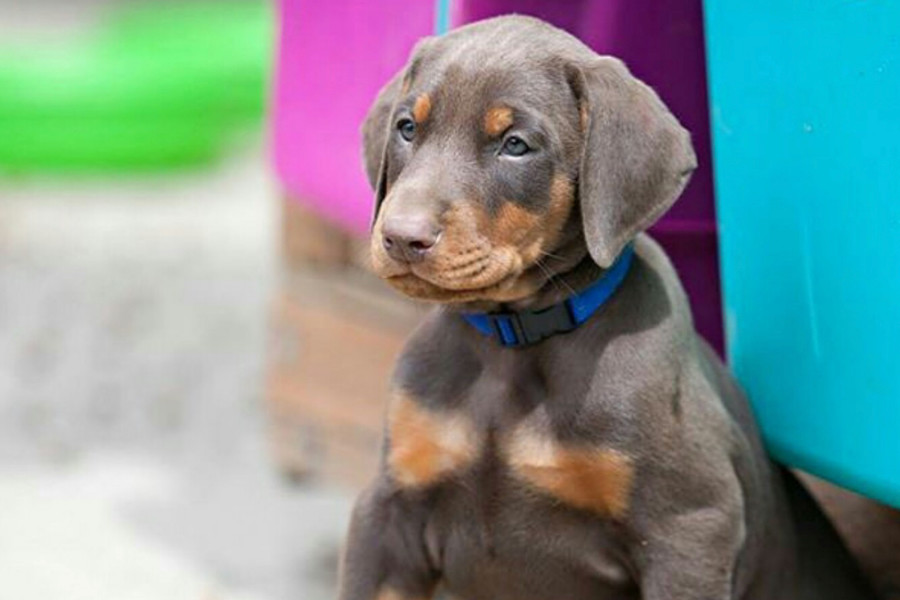 • Versatile – They are a dog breed that you can do anything with; conformation, obedience, agility, rally, barn hunt, etc. They can excel in lots of dog sports as well as be a great companion

• Loyal – Their family is their life. Very devoted and very much want to be in the thick of the action.

• Beauty and brains – They are a gorgeous dog (totally not biased) and you will get a lot of attention while out and about with one. On top of that they are very smart and not afraid to use their brains to get what they want ha.

• Health – They are not the healthiest breed. Very prone to DCM (dilated cardiomyopathy), with about 57% of the breed getting it. at some point. Any Doberman, no matter if it came from the best and most ethical breeder or the crappiest living situations ever can still get it. vWD, Wobblers, hypothyroidism, albinism…it is important that if someone is looking for a breeder, instead of a rescue, that they find an ethical and responsible breeder that fully health tests their dogs before breeding. Some of these issues can be avoided if you buy responsibly.

• Stigma – Dobermans are seen as scary dogs, cant fault people for that, but because of that you can have people ask ridiculous questions (myth about their brain growing too big for skull and attacking owner), or will actively avoid you and your dog on the street. Having a well trained Doberman can help fight the stigma as well as be a good breed ambassador

• Velcro dog – can be a con when you just aren’t in the mood to deal with a shadow that has to be all up in your business. Sometimes you just need your own space!