Copper And Lily The Labradoodles 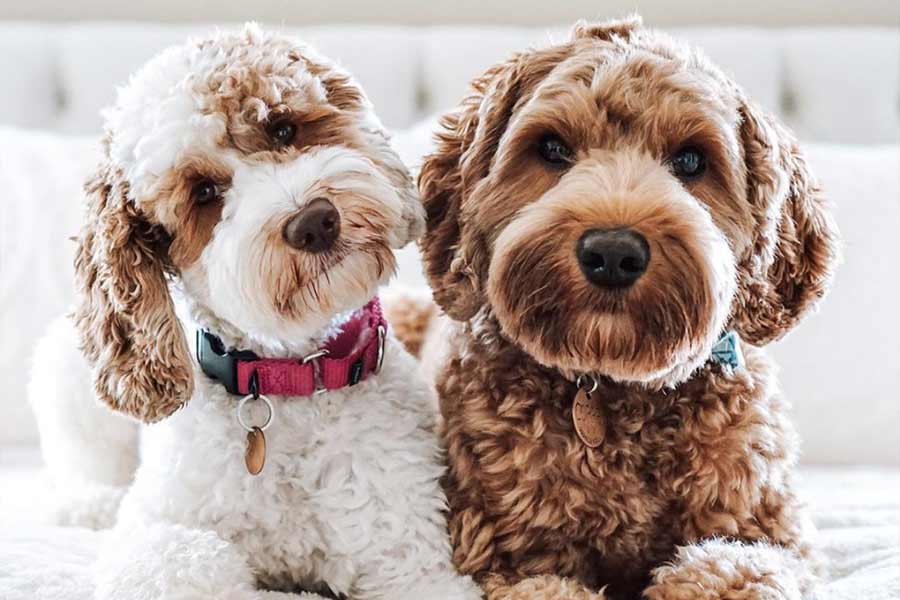 Copper is the older sibling, while Lily is a year younger than her brother.

Copper and Lily have an impressive following of over 74,100 followers on Instagram.

We spoke to their mom Jenny to learn more about Copper and Lily as well as Labradoodles as a whole.

1) What attracted you to the Labradoodle breed? 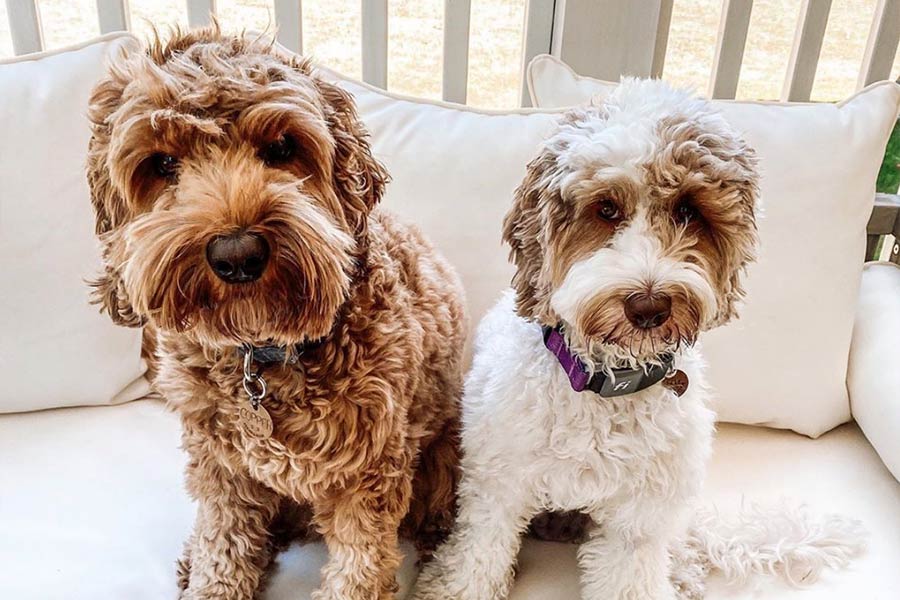 2) How did you end up with Copper and Lily?

We decided to get a puppy after we had both finished with grad school, and got on a waitlist for a littler in early February 2017. Copper was born August 2017 and we got him in October 2017 shortly after we had moved into our first house.

3) How would you describe the personalities of Copper and Lily?

Copper is very sweet, sensitive, and loves to be the center of attention. I call him my velcro dog because he never lets me out of his sight and is always right by my side. He’s very smart and loves a good treat, but he is also very stubborn. If he knows you don’t have a treat, he will be the one to decide if he does whichever trick you ask him to do. Overall, he’s pretty low energy, and would prefer to sleep all day.

Lily is also very sweet and cuddly, but she is also very playful. While she is much more energetic than Copper, she is also much more easy going than Copper. Copper is a bit more uptight and doesn’t like it when you hold him for too long and definitely does not like to be brushed. Lily will let you hold her like a baby, and will fall asleep while you brush her. She is somewhat of a velcro dog as well, but she is also very independent. When we are working during the day, Copper will lay at my feet, and Lily goes back and forth between napping in my office, or entertaining herself with toys in another room.

4) Do Labradoodles do better in pairs? 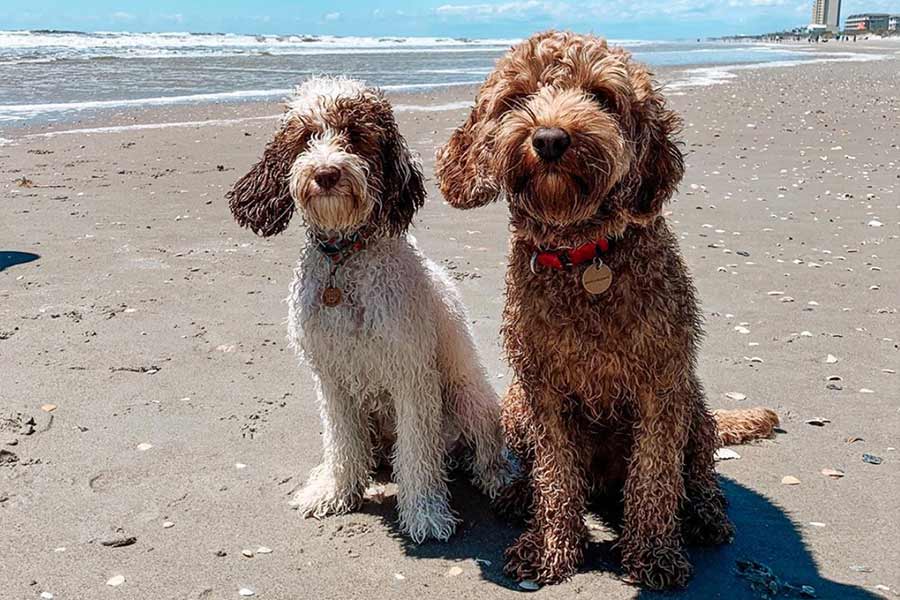 I am not sure if they necessarily do better in pairs as a blanket statement. Copper lived his first year with us as an only child, and he seemed to do very well. Now that we have Lily, he misses her a lot when she’s gone. Lily doesn’t know any different than life with a sibling. She is very attached to Copper. I think most Labradoodles will do great with a sibling, but if you don’t have the time or money for two, it won’t be a problem at all. There’s always playdates with friends!

Most will! Be sure to socialize them from a young age to children, and there shouldn’t be any issues. Copper and Lily both love kids.

Yes, as are most dogs that are low shedding. They require regular brushing to prevent matting, as well as regular groomings. They are also prone to ear infections because of their floppy ears, so they require regular ear cleaning.

8) Would you recommend Labradoodles to a first-time owner? 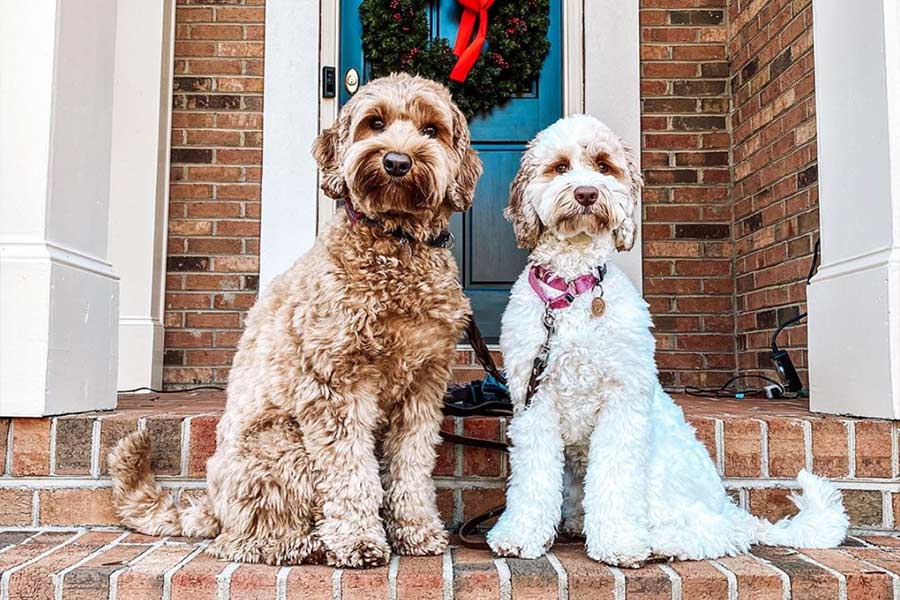 As long as they are willing to put in the time to groom them, I think Labradoodles are a great breed no matter the experience in raising a dog.

9) Why did you decide to start an Instagram page for Copper and Lily?

I originally started it as a way to document Copper’s life. I thought it would be a fun way to share pictures with our family and friends, and whoever decided to follow.

10) What is your favourite photo or video you’ve posted of them on Instagram?

That is a really hard one! I think it would have to be the video of them reuniting after they were apart. It’s just so heartwarming to see and I’ve watched it probably a hundred times.

11) What advice would you have for someone starting an Instagram page for their dog?

Just have fun with it! Try not to focus on the follower count–that comes with time. The accounts that typically grow the fastest are the ones that are authentic, and have great quality pictures/video. Just look at Instagram as a way to document their life, and interact with other dog accounts to make friends.

12) Is there a big Labradoodle community online? Why do you think people are so passionate about Doodles? 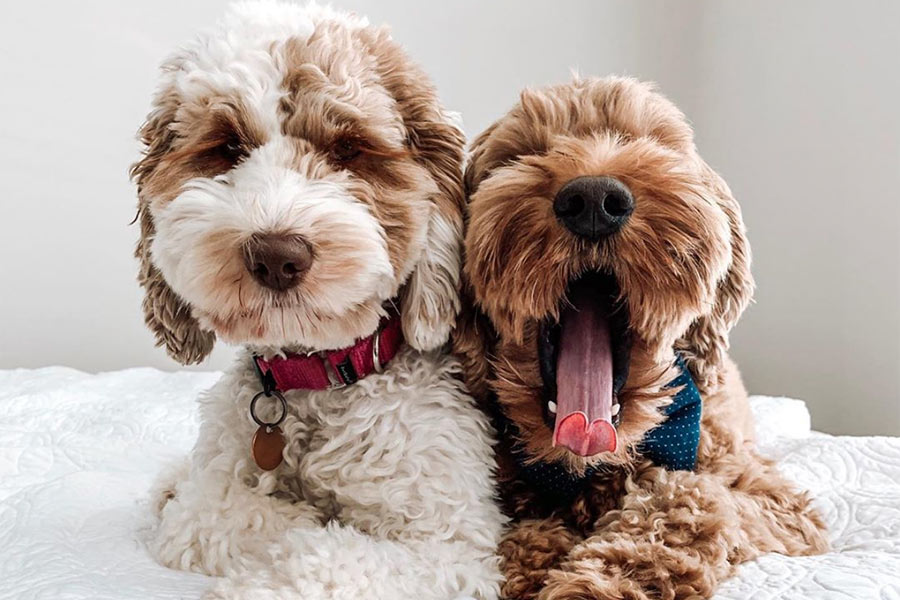 Overall there is a big “Doodle” community on Instagram. Goldendoodles are generally much more popular than labradoodles, but labradoodles are becoming more popular as time goes on and certain accounts are giving them a lot of spotlight. Labradoodles were actually the original doodles! I’m not positive why people seem to be so passionate about doodles. My guess is because they essentially take popular breeds, such as Labs and Goldens, and make them low-shedding and less-allergenic. And that teddy bear look certainly doesn’t hurt!

13) What are the pros and cons of Labradoodles? (a few pros and a few cons with an explanation would be great)

• Personality: as long as you put in the time to socialize them, they are some of the sweetest dogs ever.

• Brains: they are super smart and easy to train.

• Looks: could they be any cuter?

• High maintenance: be prepared to put a lot of time and money into grooming, on top of what is already required to train/socialize them.

• Expensive: True Australian Labradoodles (and doodles in general) are becoming more and more expensive as the demand increases.

14) What other Doodle accounts would you recommend? 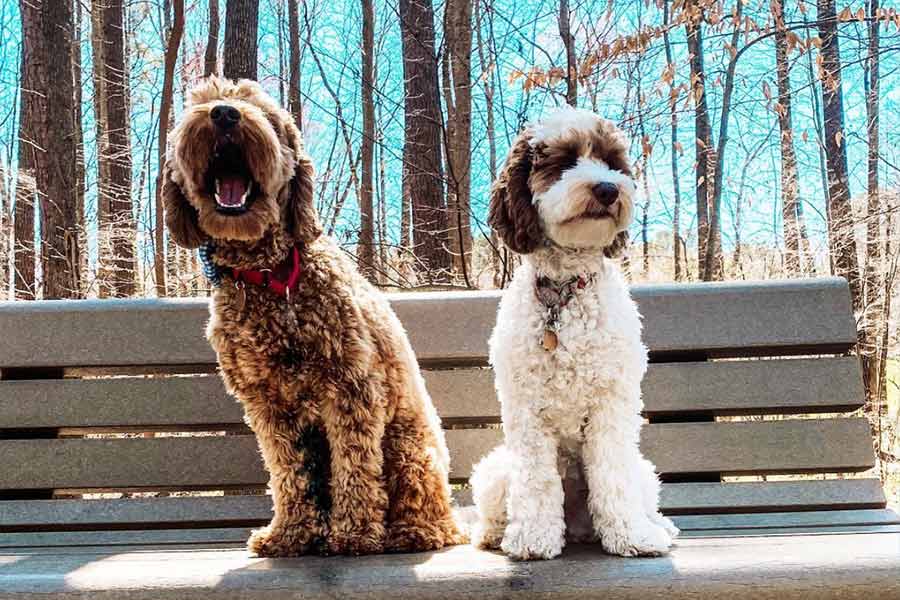