These dogs may be small but they’ve got big personalities.

The American Kennel Club lists the Chihuahua as the 33rd most popular breed in the USA.

Chihuahuas come in two different varieties: the long haired and the short haired.

These little dogs are hugely popular on Instagram with over 23.5 million posts under the Chihuahua hashtag.

If you want to learn more about the Chihuahua breed such as whether they’re hypoallergenic, a great place to start is following some of these dogs on Instagram.

To get you on your way, here are 20 Chihuahua accounts to check out on Instagram.

Ella (@lil.chiwolf) is a little lady who has been ruling the world since 2017. This Chihuahua believes she was born a wolf, just a little shorter than most wolves! Ella’s profile is awash with cute photos of this shewolf. Ella is close to reaching the 1k milestone.

We’ve got a little celebrity up next – literally! Mr Miyagee (@mrmiyageesa) considers himself the smallest celebrity dog inspiring a nation. He’s got an array of titles, including Dare 2 Care ambassador, brand influencer, emotional support animal and therapy dog. Not bad for a Chihuahua!

You won’t find many better Instagram handles than @sunnythechipup. Living in New York City, Sunny writes that he’s stuffed animal come to life. A quick glance through his page will leave you wanting to cuddle this little pup.

Chowder (@chowder_bee) is a special needs rescue dog. This pretty Chihuahua weighs in at 2 pounds of love and crazy. She’s a model and a calendar pup. She’s also a therapy pup and a professional good girl. Hats off to Chowder!

This Chihuahua will be a hit with Harry Potter fans. Dobby (@yetidobby) is a Chihuahua princess and full-time trembler. You can find this adorable smooth haired customer living in the concrete jungle of Hong Kong.

Oscar (@oscar_the_blue_chihuahua) lives in Milwaukee, Wisconsin. He’s got the puppy eyes down: he loves to look innocent and get what he wants. However, Oscar warns if he doesn’t get what he wants, there’ll be consequences. So with that in mind, you better check out his Instagram page!

Our next Chihuahua is a rescue advocate. Chia (@chiathechihuahua) was adopted over four years ago. She believes dog lovers should consider adoption first. This little lady weighs in at four and a half pounds. Originally from California, you’ll find Chia in the beautiful Canary Islands at the moment.

Theresa (@theresa.chihuahua) is a Chihuahua that loves all Chihuahuas. You’ll often hear Chihuahuas are dogs that like to be in the company of their own breed. This is true of Theresa who likes to share not only her own photos but snaps of other Chihuahuas too.

We’ve got a fashion conscious Chihuahua next on our list. Venus (@venusafrodite_ ) is a doggie designer who has a pet ecofriendly approach to fashion. Venus is always smiling.

Swapping Brazil for Japan, we’ve got Chihuahuas and Cherry Blossoms to look at. Popo and Pom (@popocopocos) are two Chihuahuas with a substantial following. Giving us the Asian slant on Chihuahuas, we love their photos of Japan’s famous Cherry Blossom. 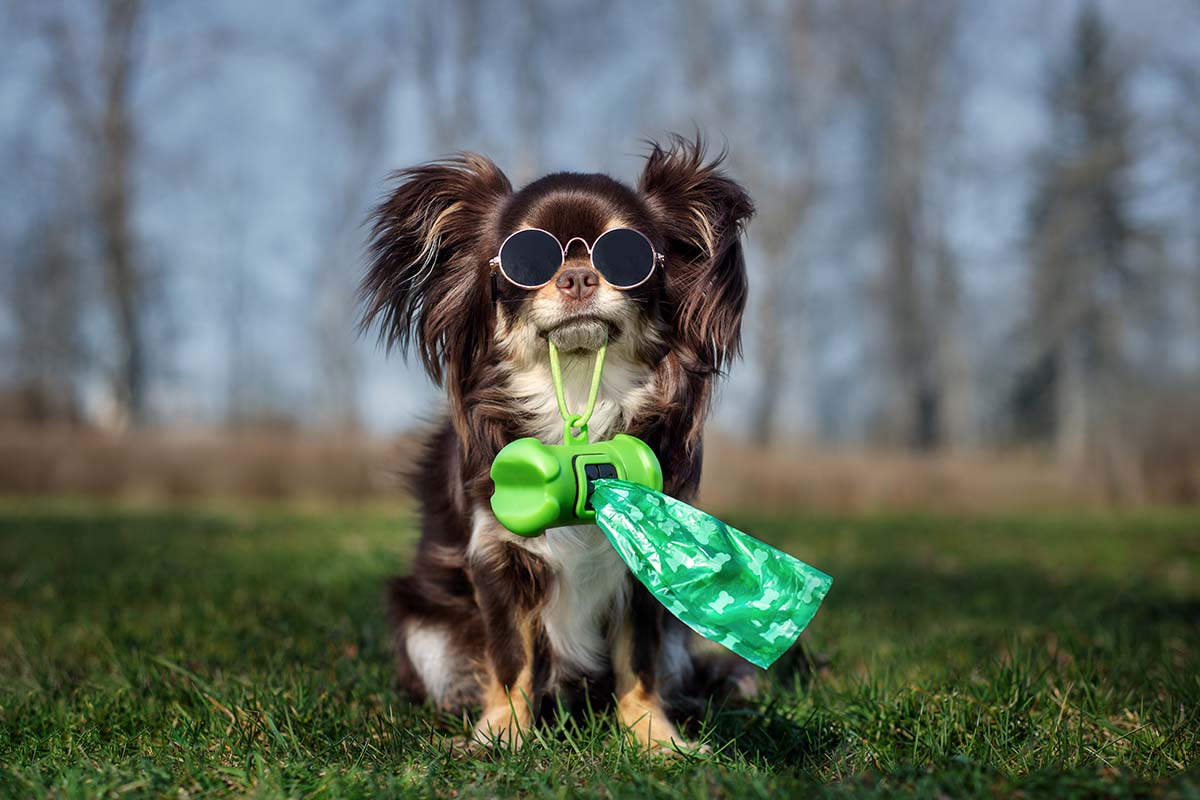 What’s better than one Chihuahua? Two Chihuahuas! We’ve got AO and Mono (@ao.mono) up next. They’re two adorable Chihuahuas with a sizeable Instagram following. AO and Mono have different colored coats and unique facial expressions of their own.

Double trouble: Huey and Duey (@thetwinchis) will certainly entertain you. They’re two Chihuahuas who were rescued from a puppy mill. These twin brothers have lots of personality.

Proving that some Chihuahuas do have a tough start to life, Brie (@brie_the_chi) is a puppy mill survivor. This tiny Chihuahua is living her best life since being rescued.

Japan is a country that loves Chihuahuas. It’s hardly surprising given the population density. Tarao (@licca_tarao_0311) fascinates his Mom with his personality. The eight-year old gets lots of love from his pet parents plus his 48,500 following.

Once again highlighting the rescue philosophy within the Chihuahua community, here’s Lu-Seal the Pig-Seal-Dog (@lusealdog). This cute Chi was abandoned at nine years old unable to walk due to obesity. Luseal has turned it around and lost a staggering eight pounds. Now this beautiful Chihuahua is advocate to end pet obesity.

Have you heard of the Chihuahua Army? They’re six Chihuahuas called Bailey, Izzy, Lily, Tarquin, Dharma, Archie and Ludo (@kingsturge) living in Manchester, England. With a sizeable following on TikTok, this Chihuahua gang will put smiles on faces.

Pippa (@pippa.thechihuahua) is our first Spanish representative. Living in Madrid, Pippa is proving that it’s not about size, just attitude. This gorgeous little dog loves to wear a sombrero.

If you still haven’t had your fill of Chihuahuas yet, we’ve got Kiki, Toy and Jiji (@marika_kikitoyjiji). This trio live in Tokyo, Japan. They’re a fine example of how Chihuahuas can coexist with young children despite stereotypes that you read online.

Last but not least we’ve got Lolita (@lolitathealien). She lives in Argentina. Lolita is a self professed alien dog who was adopted. Lolita is a princess and a diva. They’re advocates for adopting dogs rather than shopping. Lolita has over 200,000 followers on Instagram.

Scout the Pomeranian Questions and Answers