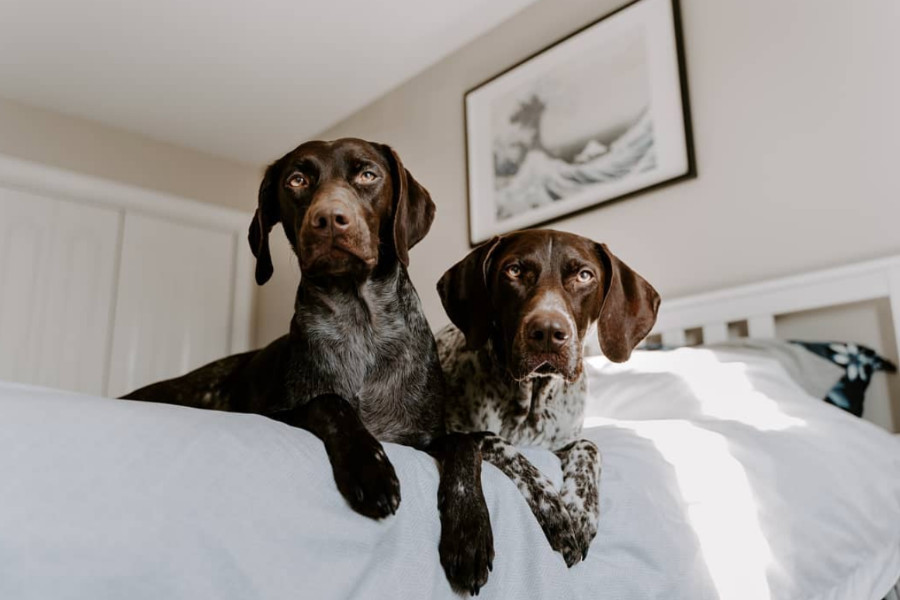 By helloBARK!
Updated on 16 August 2021
Exclusive

Charley and Murphy are two German Shorthaired Pointers who live in Ontario.

They’re two GSPs who love to explore Canada’s beautiful landscapes, with their brown and white coats complimenting the white backgrounds.

It’s easy to see why Charley and Murphy have gathered such an Instagram following thanks to their easy-on-the-eyes photos.

The fact that Charley and Murphy are two beautiful examples of German Shorthaired Pointers helps.

We spoke to Charley and Murphy’s mom Shirley about life with two German Shorthaired Pointers.

1) How did you first hear about German Shorthaired Pointers? 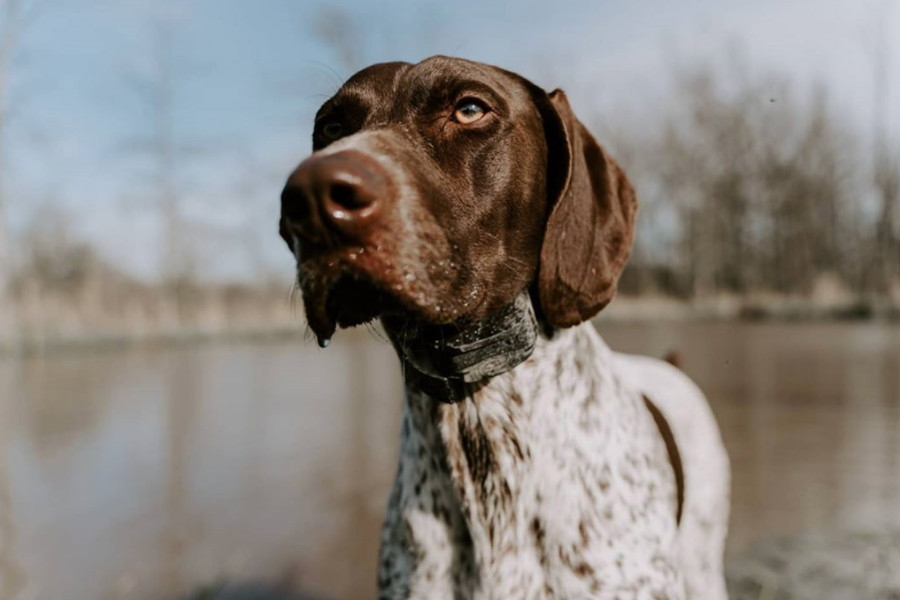 We originally had our sight set on a Weimaraner but due to their larger size, we looked for something within the same family of Pointers with similar personalities and traits. That’s when we fell in love with GSPs.

2) Why do you think German Shorthaired Pointers are so popular?

I believe GSPs are very popular because they’re gorgeous dogs, they’re full of personality, friendly, easily trainable and very versatile. They’re known for their natural abilities for hunting but they’re also a good house pet who love to be your hiking companion during the day, and your snuggle buddy at night.

3) How would you describe the size of your German Shorthaired Pointers, Murphy and Charley? 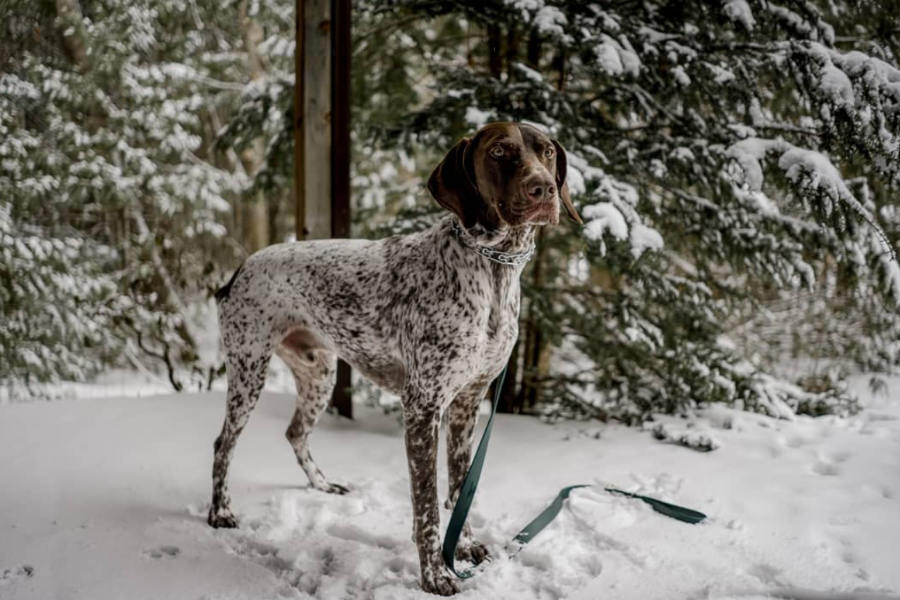 Murphy is a male at about 58lbs and Charley whose a female at 45lbs. Murphy is a bit more dense in weight, and Charley is more slender in comparison.

4) How would you describe Murphy and Charley’s respective personalities?

Murphy and Charley have completely different personalities. Murphy is calm, and poised but always seeks attention by stealing socks, shoes and our oven mitts. Charley is the outgoing wild child, independent and was born to run.

5) Do you believe German Shorthaired Pointers do better in pairs? 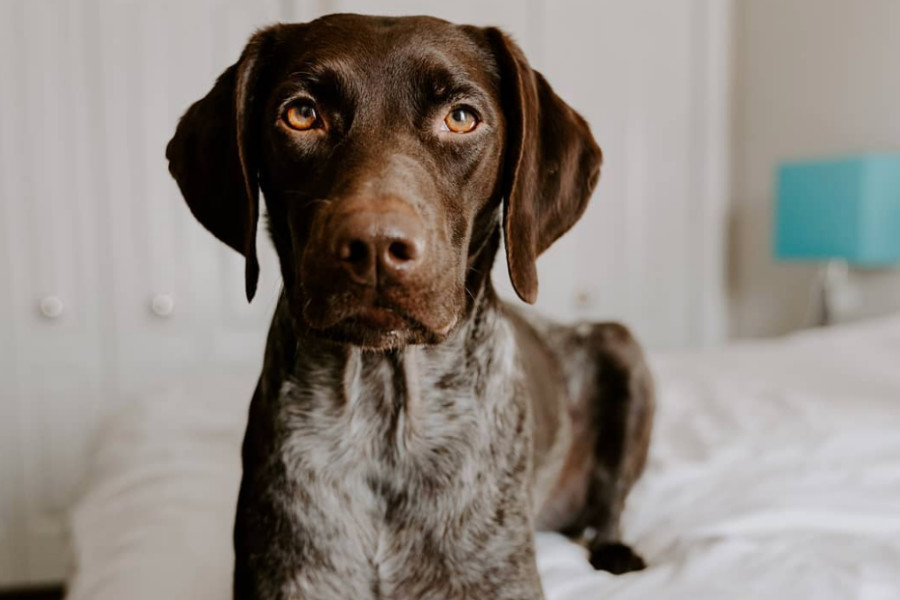 Although it means more work for us, I believe they are better as a pair. They love to keep each other company during our walks, when out running or wrestling together, and even when they’re just sunbathing in the yard.

They’re definitely not hypoallergenic. They tend to shed quite a bit. They’re shorthairs, not “nohairs”!

7) Do German Shorthaired Pointers require a lot of grooming? 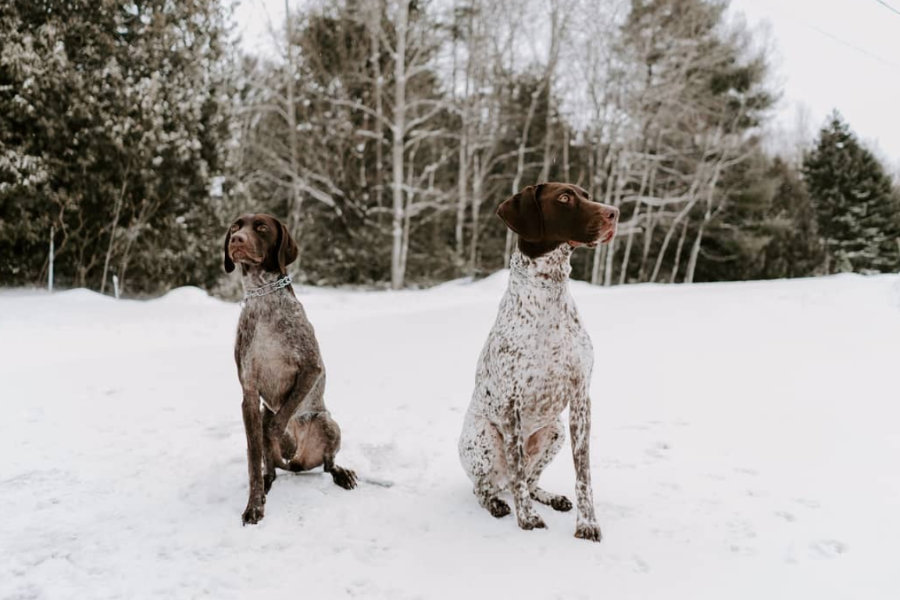 GSPs are great and don’t require a lot of grooming of the fur. A quick brush after their baths and during shedding season is all they need. We do like to keep up with regular nail trimmings, ear cleanings and teeth brushing.

Pointers are very lively and can be very accident prone. With all dogs, come vet bills, but be prepared for some rambunctious personalities and definitely worth considering pet insurance.

9) Are German Shorthaired Pointers fussy eaters? Why did you decide to feed raw? 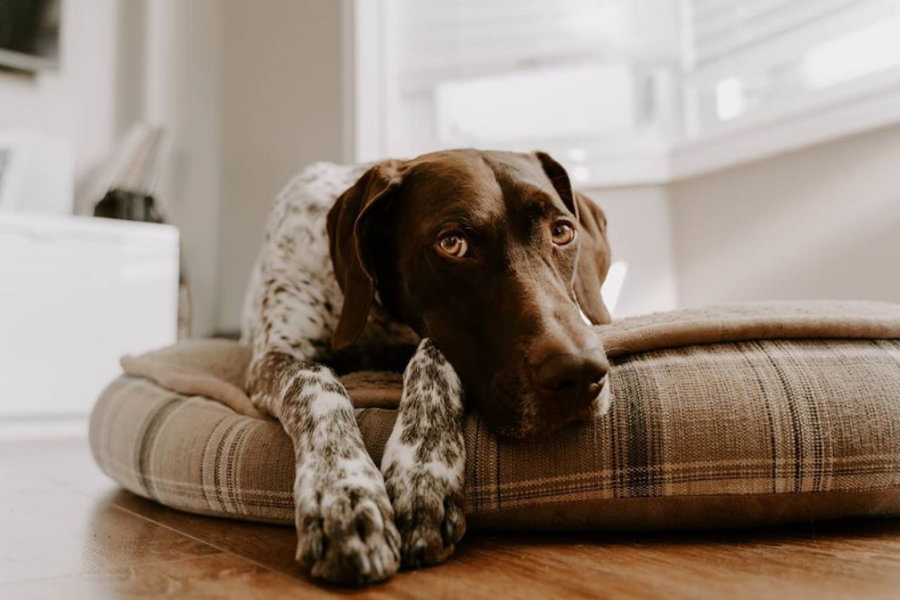 We had gone through enough trial and error with different kibble companies to know that it wasn’t for us. None of them seemed to agree with Murphy’s stomach, so we made the switch to raw. It was like night and day, and we are happy knowing they gets fresh foods daily and loaded with nutrients.

10) Why did you decide to start an IG page for your dogs?

There were only so many puppy photos I could post on my personal IG account. I also followed some really inspiring GSP accounts and that’s what gave me the push to jump back behind the lens in capturing my dogs personalities. 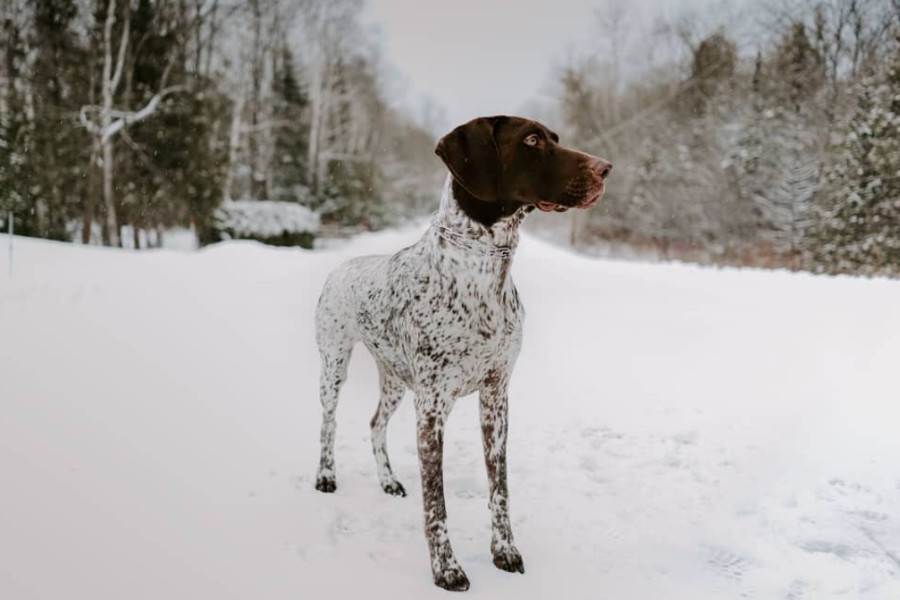 My favourite memory/post of Charley is a video I took during the dogs first camping trip. Charley adores my sister, and when they see each other, Charley jumps up to hold hands and the two of them jump excitedly like two best friends. They still do it every time they see each other!

12) What advice would you have for someone starting an Instagram for their dog?

Don’t compare yourself to others. It’s important to be authentic and allow others to get to know and love the personality of you and your pup! Your life is just as beautiful as someone else’s. Be patient, the followers will come with time and have fun with it!