Brexit to be decided by Larry the Downing Street cat 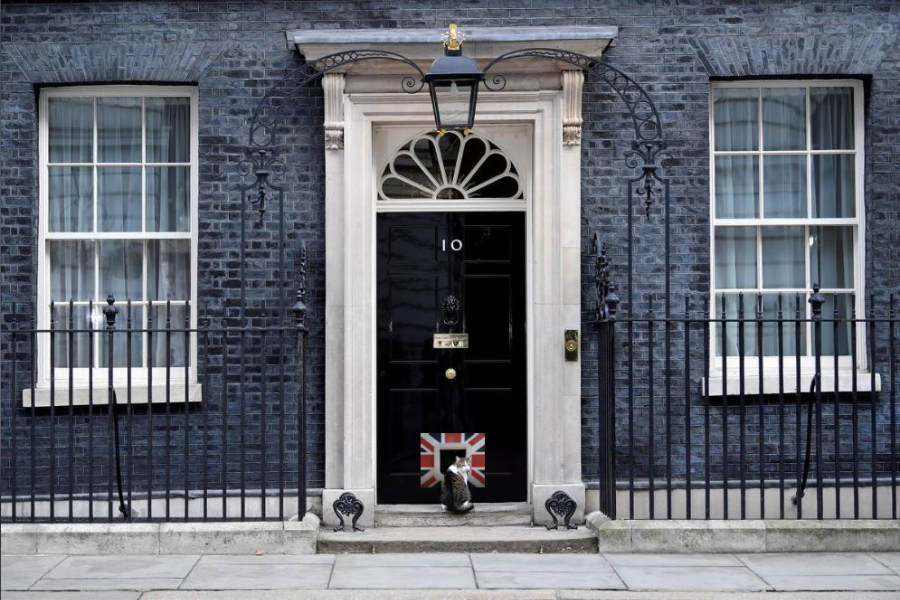 A Glamflaps ‘Le Brexit’ cat flap has been installed in the door of Number 10 (Photo: Glamflaps)

Brexit will be decided at midnight tonight with the help of Larry the Downing Street cat.

Exhausted government officials have turned to the resident feline to make a decision one way or another after agreeing they would never agree.

A cat-flap has been installed in the door of Number 10. If Larry walks out more often than he goes back in during the course of the day, Britain will leave the EU with no deal. If he goes back in more often – or chooses not to venture out at all – we’re staying.

No-one in Government is sure where the idea came from, although rumours suggest officials learned from French Brexit Minister Nathalie Loiseau, who decided to call her cat Brexit after watching him wrestle with indecision. She said: “He wakes me up every morning meowing to death because he wants to go out. When I open the door he stays in the middle, undecided and then gives me evil looks when I put him out.” (source: Le Journal du Dimanche, March 2019).

But Larry, being British and assisted with a Union Jack ‘Le Brexit’ cat flap surround designed by Glamflaps International, is expected to be more decisive than his French cousin.

A Whitehall source, said: “It’s an obvious solution really and I can’t think why it’s taken us so long. Larry knows his own mind and doesn’t tolerate rats anywhere near Whitehall – the exact opposite of what goes on in Parliament.

“As a bonus, he’s respected and the public likes him.”

For further information about Glamflaps and to purchase the Le Brexit cat flap surround, visit www.glamflaps.com.