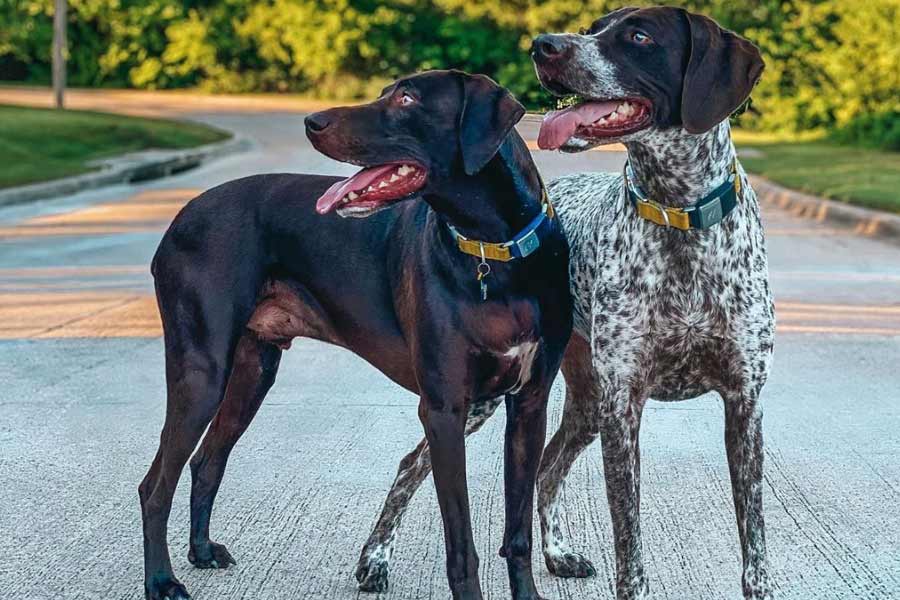 By helloBARK!
Updated on 17 June 2020
Exclusive

German Shorthaired Pointers and Vizslas are two of the most striking dog breeds.

Abbie and Gunnar are two charming examples of these breeds with over 28,000 followers on Instagram.

Living in Texas, they’re a duo that love an adventure, whether it’s making a splash or exploring local parks.

Abbie is an American Kennel Club-registered German Shorthaired Pointer, while Gunner is a GSP and Vizsla mix.

In a bid to learn more about German Shorthaired Pointers and GSP-Vizsla mixes, we spoke to Abbie and Gunnar’s mom Chelsea.

1) How did you first hear about the German Shorthaired Pointer? 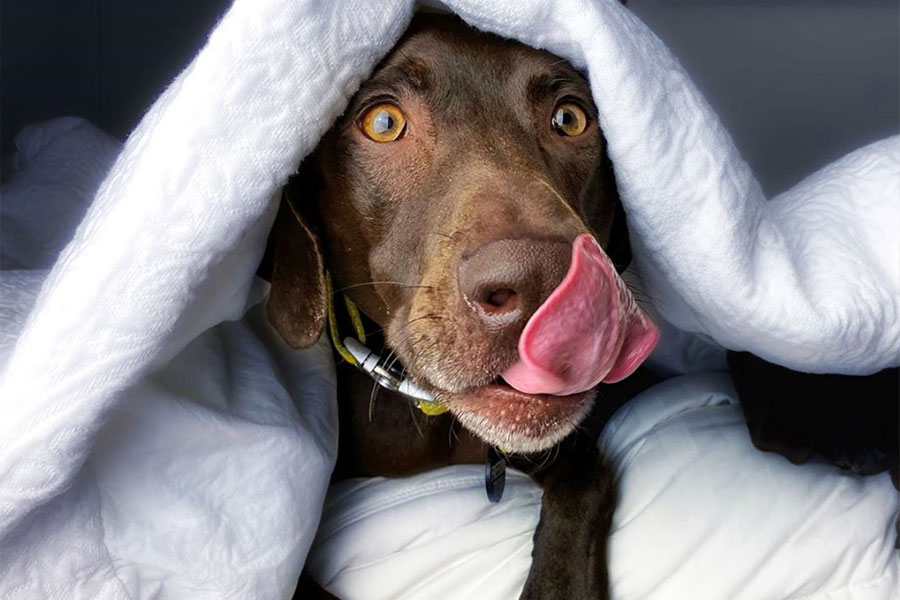 2) What attracted you to the German Shorthaired Pointer breed?

I love how regal they are. I really love their quirky personalities, how trainable they are, and how active they are.

3) How would you describe the German Shorthaired Pointer temperament based upon Abbie’s personality?

She’s like the pretty, popular girl in school. Haha. She acts better than you (dogs) when first meeting her and wants everyone to know who runs the show. But she is SUCH a sweetheart when you get to know her! She is also SO obedient and I could not have asked for a better first dog (of my very own).

4) Do German Shorthaired Pointers need a lot of exercise?

A TON! They are high-energy and bred for a purpose. They need a job or something to focus on.

5) Are German Shorthaired Pointers difficult or easy to train? 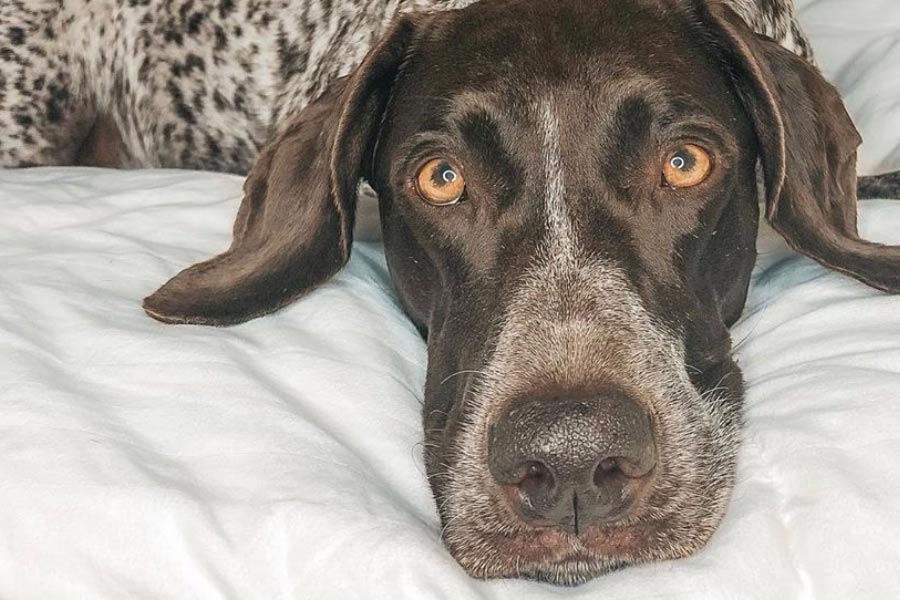 I think it all depends on the dog. Overall, they are very easy to train. But every now and then you can get a hard-headed dog who doesn’t want to listen.

I could not have asked for a better pet for my family. Abbie is insanely good with our 1 and 2 year olds. She is THE most patient dog I’ve ever known.

7) How did you first hear about the German Shorthaired Pointer x Vizsla mix?

I hadn’t really heard of a German Shorthaired Pointer/Vizsla cross before. We just happened upon Gunner and knew we wanted him in our family!

8) Can you identify the German Shorthaired Pointer x Vizsla traits in Gunner?

What are they? Gunner is definitely crazier than Abbie and I attribute that to the Vizsla in him. He is also way more co-dependent and vocal and I think that’s the Vizsla also.

They are soooo sweet and silly!

10) Do German Shorthaired Pointer x Vizsla cross get along with other dogs in your experience? 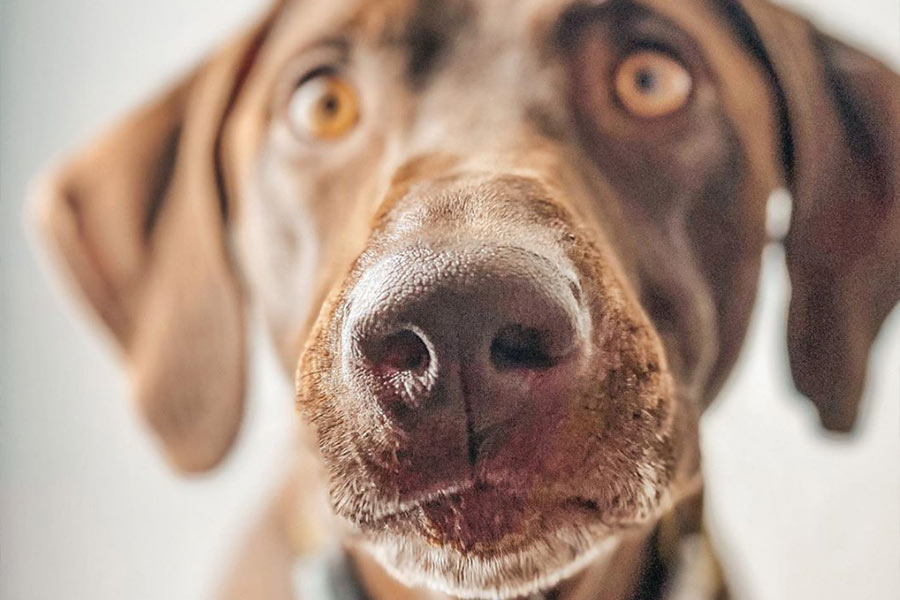 They are extremely smart! Which can make it easier and more difficult, all at the same time, to train them.

12) Do Abbie or Gunner suffer from separation anxiety?

13) How do you feel to be an advocate of German Shorthaired Pointer and Vizslas?

I will always be an advocate for these breeds! But I want people to know what they’re getting into before they adopt or buy a German Shorthaired Pointer or Vizsla. They are extreeeeemely active dogs and they need lots of stimulation and training. I hate seeing these dogs end up in shelters because owners didn’t know what they were getting themselves into. I always suggest doing your homework before bringing a dog into your home, no matter what the breed!! 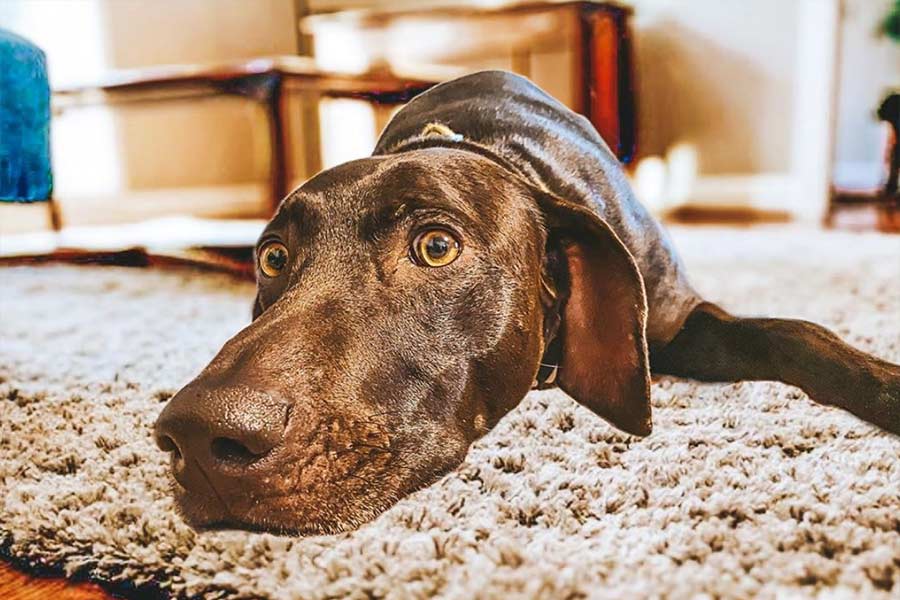 Favorite memory is when we lived in Utah and would hike every weekend with the pups. I hate seeing their bodies get old and not work like they used to.

15) What advice would you have for someone starting an Instagram for their dog?

Be REAL! Post high quality photos and write engaging tag lines/subjects. Tag large pet accounts and use good/relevant hashtags. Switch up your hashtags with every post. Comment on lots of other people’s photos and spend at least one hour every day engaging with people and making real connections. Don’t do follow for follow. Just follow whoever inspires you!