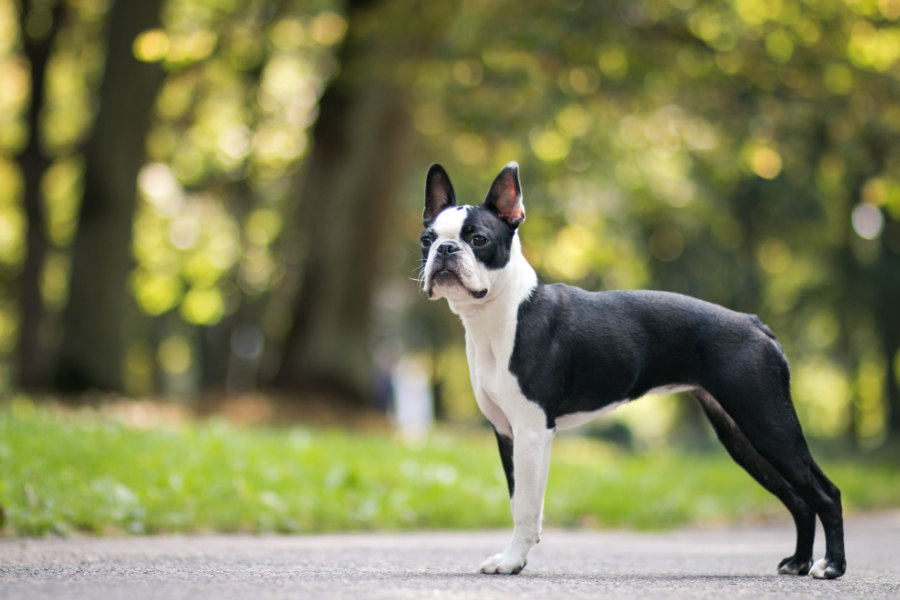 This explains why quite a few Instagram accounts use the word gentleman in their handles.

The Boston Terrier earned this reputation thanks to their friendly demeanour and impeccable manners.

They’re considered an excellent choice as family pets thanks to their affectionate, playful and sweet nature.

The American Kennel Club rate the Boston Terrier as the 21st most popular dog breed in the USA.

The Boston Terriers hashtag has over 8.5 million photos, highlighting their popularity on Instagram.

In this article, we’re going to take a look at 21 Boston Terrier Instagram accounts to follow if you want to learn more about this breed.

Emily (@themotherofbostons) is the mother of two Boston Terriers called Chuck and Kevlar. Boston Terriers have earned a reputation for being excellent family dogs. You can watch this adorable duo adjust to life with a new human arrival extending this family to five. Not only that, this Boston Terrier double act live life on the road in their GDRV.

Harley (@harleyinthewild) is a Boston Terrier exploring the beautiful British countryside and more. Harley likes to find the wild without the wilderness as well as photographing his adventures to bring his followers along with him.

If you love Boston Terriers, you’ll certainly get your fill with Suzy, Stella Blue and Piper (@suzg_stellablue_piper). They’re three adorable Boston Terriers living in Southern California. No wonder they’ve been nicknamed the three pack of sass by their pet parents.

Gosta (@mr.gosta) is a four-year white and brindle Boston Terrier living in Sweden. This handsome boy has a number of hobbies that include snoozing, chewing on his little sister’s toys and smelling stuff.

When you think of Boston Terriers, you think of a dog that loves to cuddle. Well Bo (@bo_thebostonterrier) lives up to that stereotype. Bo loves to snuggle. His other passions include tennis balls, treats and exploring Jersey. He describes himself as a proud member of the undercover squirrel squad.

Baxter and Dixie (@bossyterriers) are described as “silly little doggos”. Baxter is a 10-year-old Boston Terrier, while his younger sibling Dixie is five. These bossy Boston Terriers will certainly provide you with lots of laughs. If you love The Masked Singer, you’ll love their outfits. 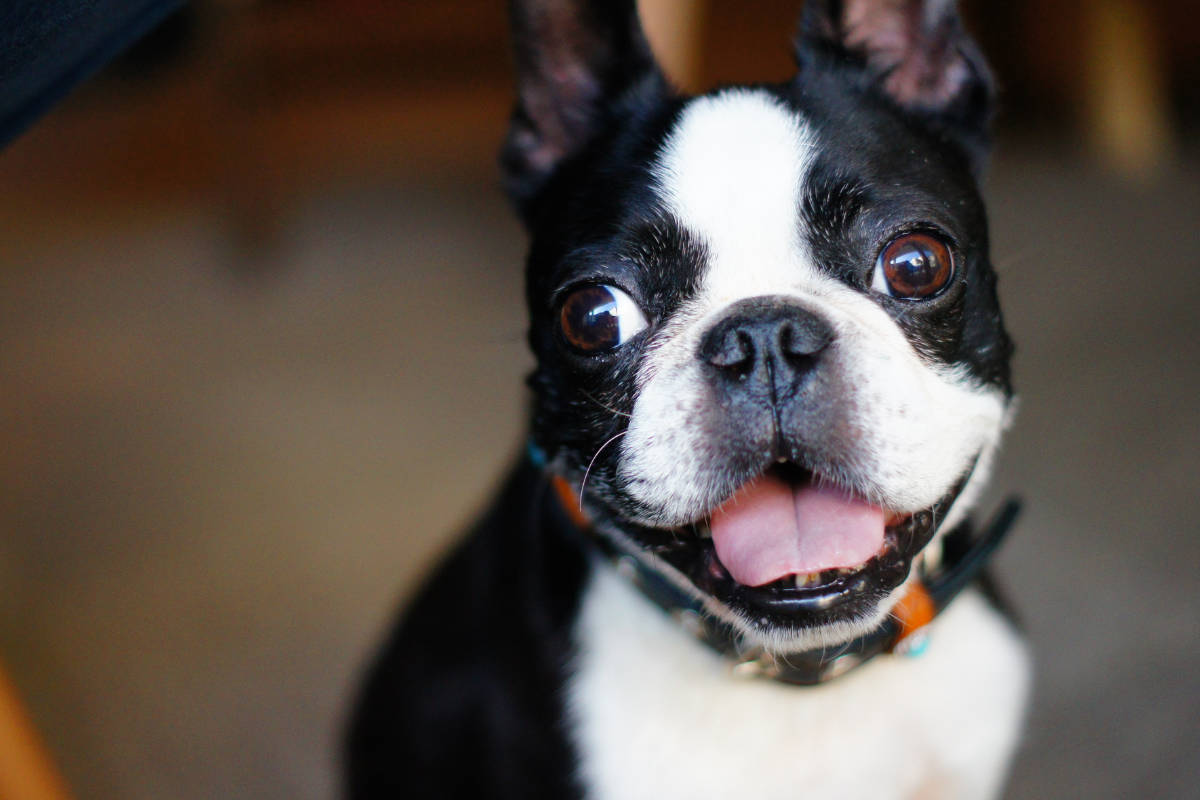 Rubi and Adel (@rubi.adel) are two sassy sistas in pink. They’re actually related although there’s an eight-month age difference. Rubi and Adel are cuddle bugs, princesses with a pink attitude. If you love the color pink, you can pawty with these two!

Trinity (@trinity.approved) is a big-time CEO aka Chief Excitement Officer. This pretty lady is a next level paper shredder and a gift unwrapper. Trinity has an aesthetically pleasing Instagram account with lots of blues and pinks.

Gatsby (@gatsby_boston_terrier) is a Boston Terrier living life in the suburbs of London. Gatsby’s passions include food, sleeping in his parents and play football.

Watson (@watsup.with.watson) is a Boston Terrier living in Canada. He is a gentleman who likes to bring pawstive vibes. This one-year old is nicknamed Watty. You can check him out on TikTok, too.

Next up we’re heading to sunny San Diego to meet Rocky (@littlerocky). Rocky is a model who loves to wear an outfit to make his followers smile. 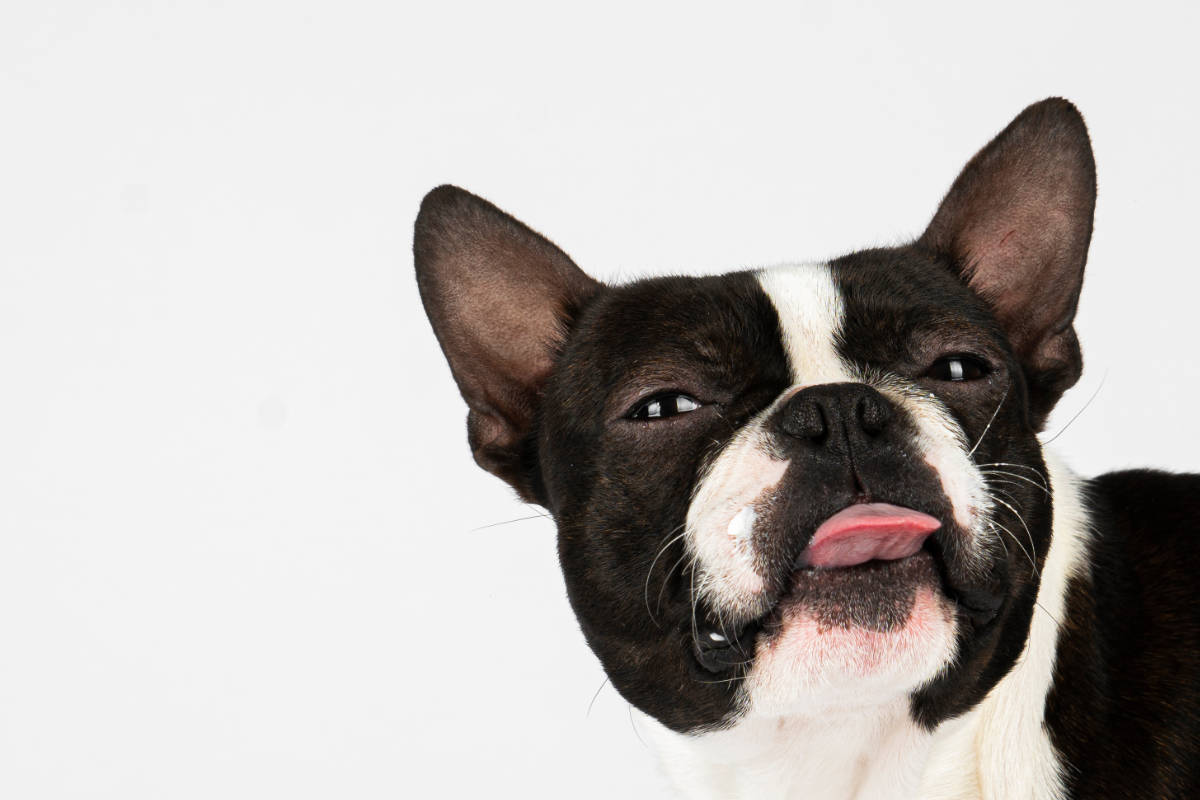 Staying in California but moving north to San Francisco, we’ve got Pokey (@petitepokey). Dubbed the Pokey Monster, she is mommy’s lil piggy. We love the purple theme running throughout this account.

Kona (@kona_the_boston) is a Boston Terrier with a name that may remind you of the big island of Hawaii, coffee or beer. In my case, it’s beer! While Kona was born in San Diego, she’s now a Pacific North West puppo living in Seattle.

Peanut (@mrpeanut_theboston) is described as part rabbit, part piglet, part lizard, all puppy and no chill. This Boston Terrier pup is dubbed the master of the blep. Peanut lives in Brisbane.

Olive (@olive.and.gus) is a glossy lip queen. She’s got a big personality, judging by her photos. Olive is another Boston Terrier that likes to play dress up. She’s got two sisters, Shirley the Pug and Prissy the Dachshund.

Frances and Sting (@ohmydoggies) are two Boston Terriers with another canine companion called Dexter. This trio love to pose for photos in the studio, with beautiful, charming and entertaining results. Frances, Sting and Dexter are based in Kansas. 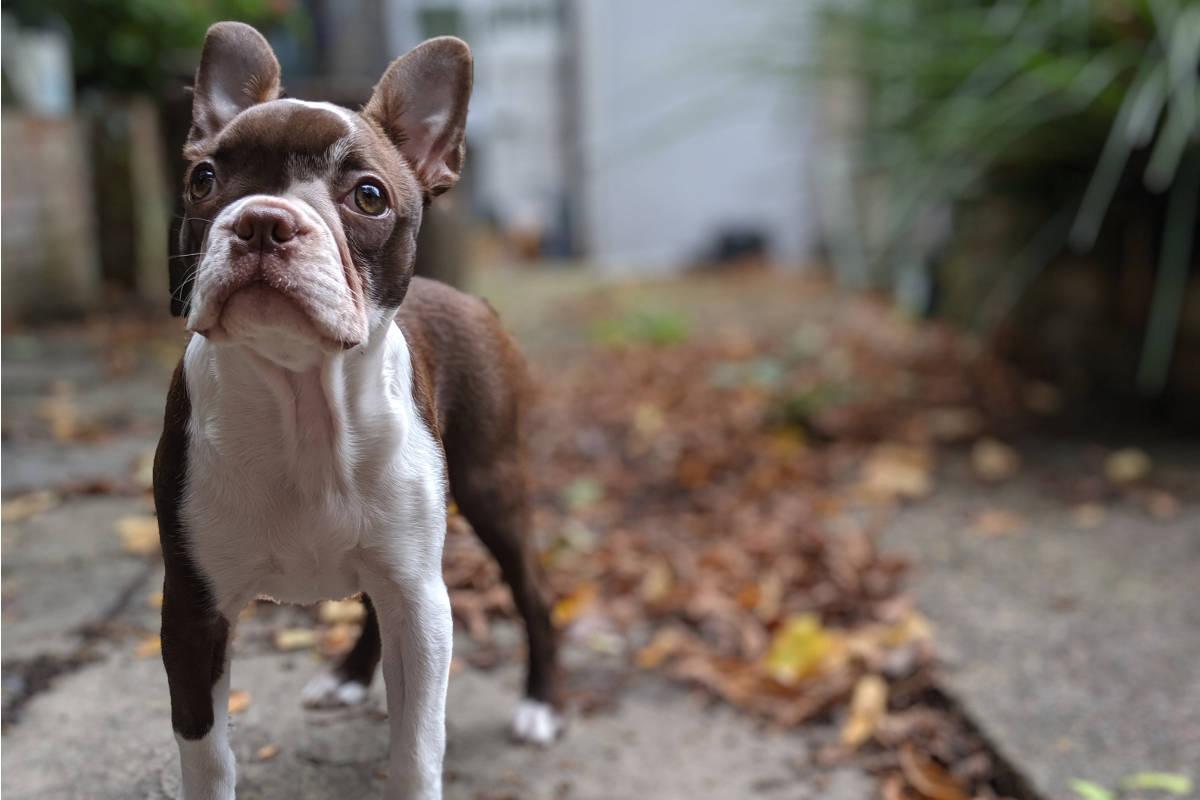 Buster (@bostonterrierpuppy) is a five-year old Boston Terrier. He uses his account to spread pawstitivity and love. This handsome boy will melt your heart.

Mac and Dottie (@macdotbostonterriers) are two adventurous Boston Terriers based in Auckland, New Zealand. This fun duo are five and three so they’re well into adulthood at this stage. You can often find them hanging with their cousin, Safire.

Hawk (@bologna_hawk) is a Boston Terrier living in Virginia. He likes to be the centre of attention. His pet parents write that his way of being ignored involving screaming at you until you give him some attention.

Toby (@tobythegentleman) is a good boy living in Dublin, Ireland. He’s a gentleman who loves to keep his Instagram followers entertained with his fun and quirky videos. His photos will also make you smile.