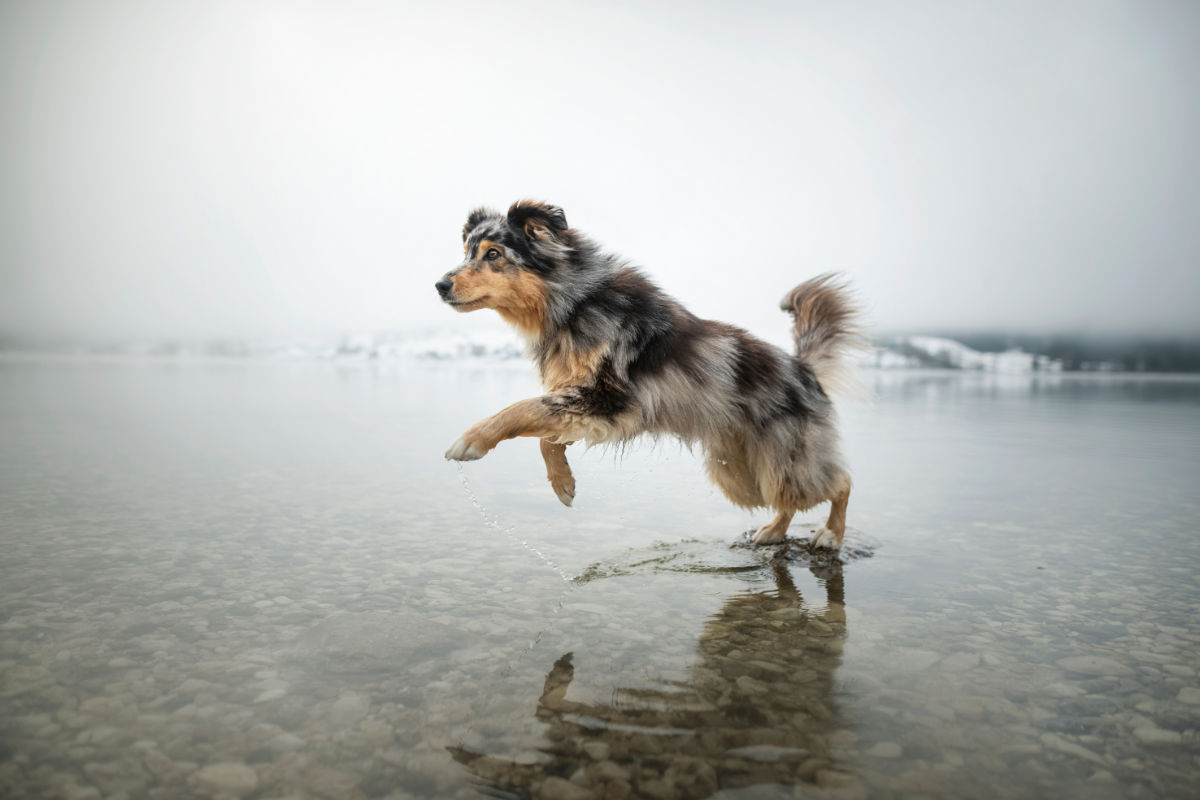 Australian Shepherds are one of the most beautiful dog breeds.

They’re striking coat colors complemented by their mesmerising eyes ensure these dogs will leave a mark on whoever they meet.

The American Kennel Club list the Australian Shepherd as the 13th most popular dog breed in the USA.

There are other 6.6 million photos on Instagram under the Australian Shepherd hashtag.

In this article we’re going to take a look at 20 Australian Shepherds to check out on Instagram.

We’ve got a trailblazer and adventurer up next. Apollo (@apollotheauss) is living in Pittsburgh, Pennsylvania who likes to eat a raw food diet. There’s a warm, inviting glow to Apollo’s account that helps to showcase this Aussie Shepherd’s handsome features.

Cohen (@life.as.cohen) is a Mini American, Australian Shepherd and Border Collie mix. He’s described by his mom Tammy as a “beach bum” and “adventure dog”. You can check out their fun life together in sunny San Diego on Instagram. They’ve got over 22,000 followers on the photo-sharing app.

We’ve got the delightful Snickers (@snickersherz) next on our list of Aussie Shepherds. Snickers is the first European Aussie to make our list. He’s got gorgeous coat colors and loves to smile.

Bliss and Vida (@dogsoulmate) are two Australian Shepherds who live their life with their dog owner Tine. Bliss came first and Tine describes this Aussie as her “absolute soul dog”. Vida is described as “funny and busty”, with lots of energy. You can check out her blog, Dog Soul Mate, to learn more about her Aussie Shepherds and take a look at her online shop.

Proving that Germany is something of a hotspot for Aussie Shepherds, we’ve got Nero (@thelifeofnero) up next. David is Nero’s human companion in Bremen, Germany. It helps that David is a professional photographer, explaining there’s no shortage of stunning photos of Nero. 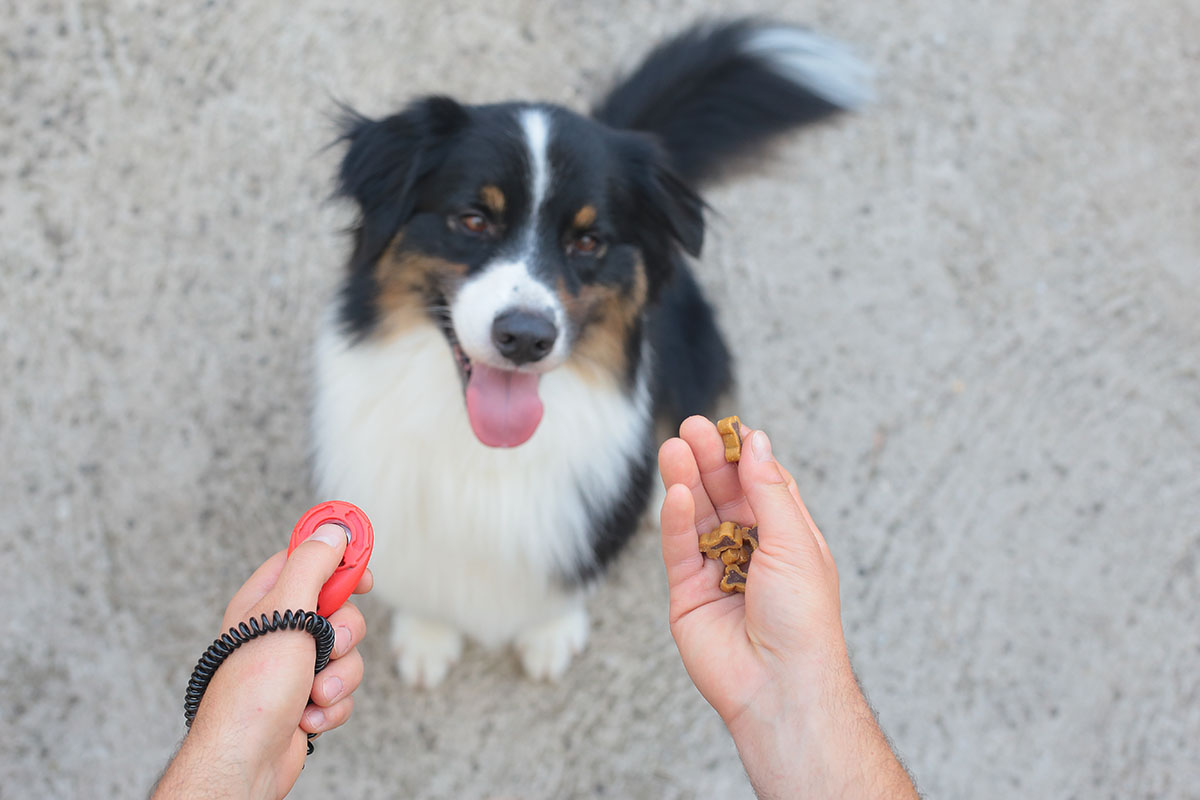 Copper and Capo (@coop_and_capo) are brothers from the same mother (and father). They’re living their best life in North Carolina. Copper and Capo are owned by two self-proclaimed “crazy dog parents”. This charming pair of Aussies have over 31,000 followers on Instagram.

Olive (@olivetheauss) is a blue merle Australian Shepherd that is also based in North Carolina. Her mum Aurelia describes Olive as a smart Aussie who likes to receive lots of belly rubs. Having said that, her favourite thing to do is belly rubs.

Tigger and Taavi (@happy_aussie) are two Australian Shepherds who love to explore European countries. This duo like to go where they feel most alive, taking their 44,800 followers with them. Whether it’s Germany, the Netherlands or Switzerland, you can be sure that Tigger and Taavi will find the perfect location for a snap.

Django, Jager and Banks (@myaussietribe) are an Aussie tribe with a Great Dane called Blue for company. This quartet live in Melbourne, Australia. This gang love a beach day, unafraid to make a splash and get wet.

We’re heading to Brooklyn to meet Hero (@herotheaussie) next. He’s a mini Australian Shepherd described as “your girlfriend’s best friend”. Hero may be small but he’s got a huge 48,300 following. Hero is one of the older Aussies on our list at the age of six.

Keira (@theadventuresofkeira) is an Aussie Shepherd Border Collie mix who excels at agility and disc. Her mom Victoria writes that she kills it with kisses. Keira has amassed a following of nearly 55,000 followers thanks in part to her breathtaking photos in the Pacific North West.

It seems like a lot of the Aussie Shepherds on Instagram are based somewhere in the Pacific North West. Adelaide (@thegoodqueenadelaide) is a Seattle resident who loves to explore the moody landscapes of PNW. Adelaide is described as basically the Beyone of dog Instagram. They never sit or stay because life is too short.

Raku and Fenix (@bend.brothers) are black tricolor and blue merle Australian Shepherds. They’ve moved around a lot, or so it appears on their Instagram, sampling Wisconsin, Minneapolis, Oregon, Washington before returning to Minneapolis. 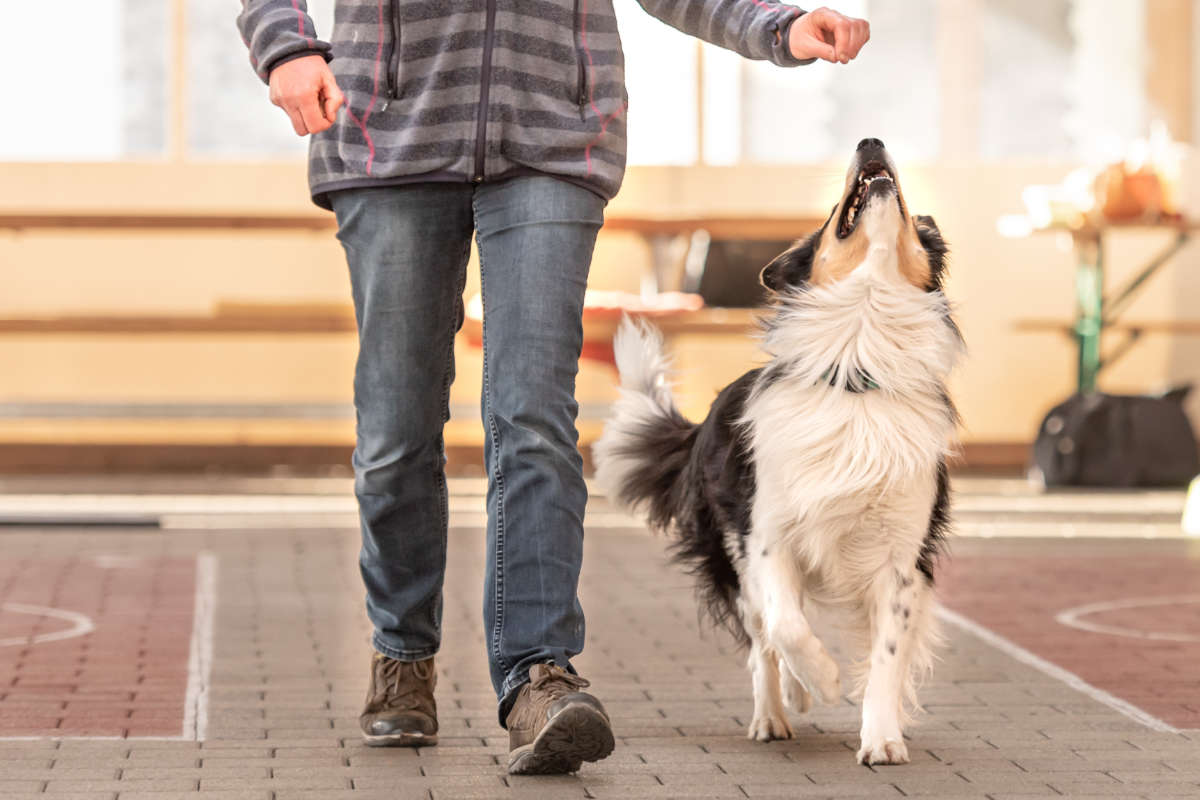 Atlas and Aries (@atlas.aries.aussies) are next up on our list. They’re based on a small island called Okinawa. This duo love the beach life, so that’s where you’ll usually find them. They’ve amassed a fanbase of over 72,000 people.

Kiba (@kiba.aussie) is a red tricolor miniature Aussie Shepherd based in Seattle. Continuing the PNW trend in this article, Kiba likes to explore this particular region of the USA. You can follow Kiba’s adventures and stories along with 76,000 others.

Thori and Valkyrie (@just_thori_things) are two Australian Shepherds living their best life in Savannah, Georgia. Thori’s personality is described as having a “Kanye attitude, Drake feelings”. Valkyrie is the other Aussie who is nicknamed as a “lil possum critter”.

We’re almost at the end of our Aussie Shepherd feature. Oliver (@oli_the_aussie_) lives in Portland, Oregon. He enjoys a raw food diet, ensuring that he can get the best out of life. If you’re looking for a stylish bandana, Oliver has got it sorted.

Secret (@my_aussie_gal) is a five-year old Australian Shepherd who loves to learn ticks and chase balls. Mary is a clicker training advocate. They’ve been featured in the media for their brilliant trick videos on social media. Secret’s other pasttimes include painting and yoga.