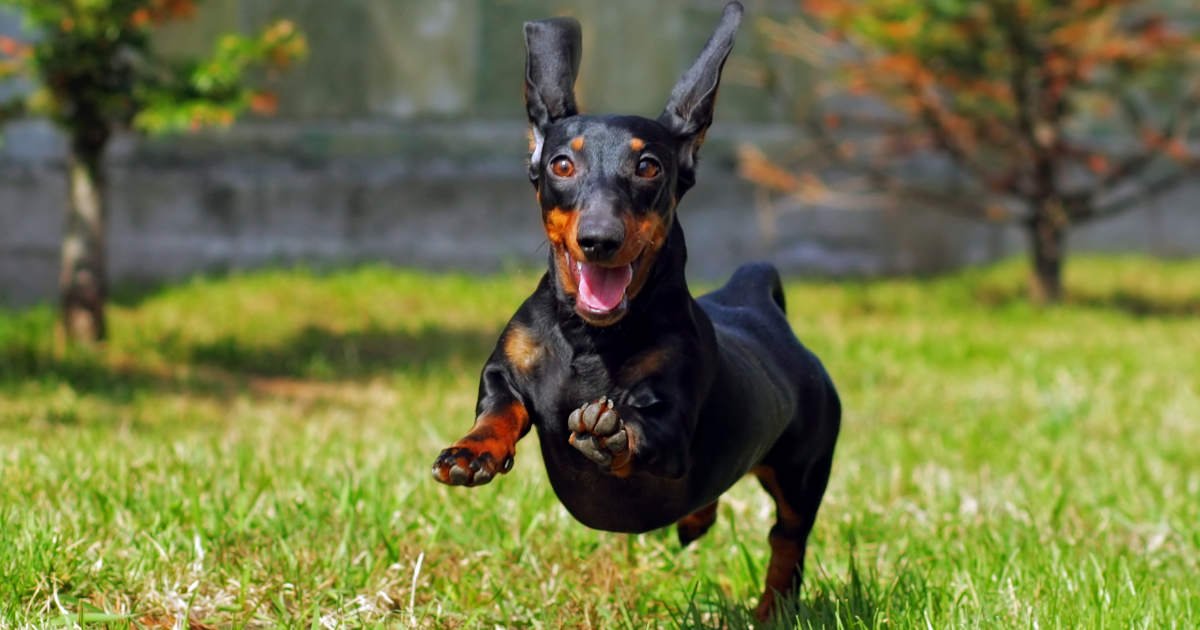 The Dachshund may have originated in Germany but these dogs are a worldwide hit.

Their popularity took a dent during World War I and World War II, but the Sausage Dog is now one of the most popular breeds.

Given their unique body shape, it’s no surprise that these dogs are popular on social media.

With long bodies, big eyes and an alert tail, they have a look that is unforgettable.

The #dachshund has over 10 million posts, while the hashtag Dachshunds of Instagram has over 4 million submissions.

But who are the Dachshund stars leaving their mark on social media? Here is a look at 10 of the most popular members of the breed on Instagram.

When you Google “Dachshund Instagram”, Crusoe (@crusoe_dachshund) tops the page, which is some feat for this little pooch. With in excess of 600,000 followers, this sausage dog has an incredible fanbase. It’s not hard to understand why. A New York Times Bestselling Pup and winner of the People’s Choice Award, Crusoe is a pack leader.

A post shared by Monty the Miniature Dachshund (@montyminidachshund) on Nov 23, 2018 at 5:22am PST

Proudly describing himself as United Kingdom’s number one Dachshund, Monty (@montyminidachshund) loves to swim and take naps – and lots of treats of course. Always prepared for the cold British weather, you can find this mini Dachshund sporting a wooly hat or jacket to keep him warm. Monty leaves his 134,000 Instagram following feeling warm inside with his handsome photos.

Fact attack: These colourful dogs can be found in a staggering 15 different varieties, which explains why these pups are so unique.

These two Dutch Dachshunds are certainly stylish. Based in Gouda in the Netherlands, Diesel and Merlot (@dutchdapplez) are very different – Merlot is long haired and Diesel sports smooth coat. Their differences add to their charm. Aside from their 24,000 Instagram followers, they have another claim to fame: Diesel and Merlot created #FloppyEarsFriday.

The name Scrappy Doo (@scrappythedoxie) certainly stands out – and that’s before we get to his brother Obie. While one is a full time model, the other gets the better end of the deal as the official treat eater. Living in New Orleans, Louisiana, their Instagram page lives up to vibrant American state. With almost 65,000 followers on Instagram,

Fact attack: Dachshunds served a purpose – they were bred to hunter badgers and other burrowing animals. They first emerged in Germany almost 300 years ago.

If you follow Twix and Bridie (@twixnbirdie), you can expect to see lots of adventures and naps. These chocolate and tan Dachshunds melt hearts on social media with nearly 2,000 fans – and it’s easy to see why. Their big brown eyes are enough to make anyone hit the follow button.

Did you know? Dachshunds have three different coat types: smooth coat, longhaired and a wire-haired. They shed to varying degrees.

This little, dapple weenie dog has a nose for big adventures. But Nutmeg (@nutmegthelongdog) also has a partner in crime called Violet – and they are very different in appearance. Nutmeg is a long-haired Doxie with a chocolate and tan coat, while Violet is chestnut an white. Coming up on 10,000 Instagram followers, this pair are well worth a follow.

Proving that Dachshunds do come best in pairs, Tank and Bear (@tankandbear) are two inseparable Doxies. These sausage dogs come in two different colours that really complement each other: black and tan and brown. They love to dress up together, whether it’s donning a party hat or wearing a bowtie. You can bank on these dogs to bring dapper to Instagram.

Did you know? Two British monarchs have been big fans of Dachshunds: Queen Elizabeth II and Queen Victoria were known lovers of this German breed.

A long-haired mini Dachshund, Jerry (@jerrytheminidox) is a blonde bombshell that will bowl you over. Keen to stress that he is a natural blonde, Jerry has gorgeous floppy, fluffy ears that add to his undeniable beauty. Just over a year old, Jerry is a Dachshund to watch on social media.

Fact attack: Dachshunds have always remained a popular breed in the United States. In fact, they are the 13th most popular breed as of 2017.

Another blonde beauty on Instagram is Salchicha (@chicha.the.mini.doxie), who loves to get up to lots of adventures in Vancouver, Canada. This long-haired Dachshund has almost 3,000 fans on social media who have fallen in love with her long nose, short legs and big heart.

Did you know? Dachshunds have a life expectancy of between 11 and 12 years, although they can live into their mid teens and later.

We finish with a British long-haired Dachshund duo called Dexter and Dickens (@itsdexteranddickens). Based in London, their bio reveals their of sleeping with their tongues out and causing mayhem wherever they go in the English capital. These long-haired Doxies have a following of 13,000.

Fact attack: Doxies have a trademark bark which is distinctive characteristic of the German breed.