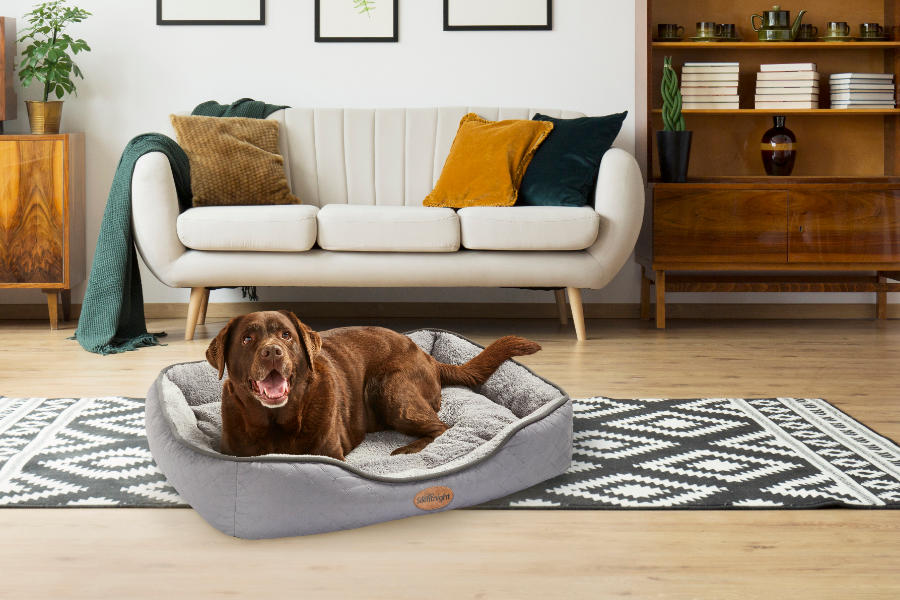 Animal loving Brits would rather kick their partner out of bed than their pet, according to new national research.

Eight out of 10 pet owners happily compromise on their own sleep so that their four-legged friend can enjoy a great night’s kip, the nationwide study by Silentnight Pet Beds reveals.

Over a third admit to sleeping in an uncomfortable position so as not to wake their pet and a quarter let their pet hog the bed, steal the duvet or choose their position in bed first.

One in 3 Brits admit they have even stayed in bed longer than necessary if their canine companion is asleep.

The nation’s attitude to its pets’ creature comforts is also impacting its relationships; one fifth admit to preferring to sharing their bed with their pet rather than their partner, a quarter find their partner more annoying to sleep alongside and a fifth say their partner’s snoring or restlessness is more irritating than that of their dog or cat.

A surprising 12% of pet owners kick their partner out of bed so that their dog or cat can kip in style – so it’s little wonder that 17% reported that their pet is more affectionate than their partner at bedtime.

Silentnight Pet Beds, which surveyed 2,000 Brits about their pet-loving habits, also found that 18% of the country will choose to lie awake because of their pets’ snoring rather than disturb their furry friend’s slumber.

And the pet love-in doesn’t stop there – 21% of Brits admit tucking their pet in neatly under the duvet, with a further 22% letting their pet sleep next to them on the pillow.

Brits are so dedicated to their pets’ sleep that many will leave their bedroom rather than wake-up their dog or cat. 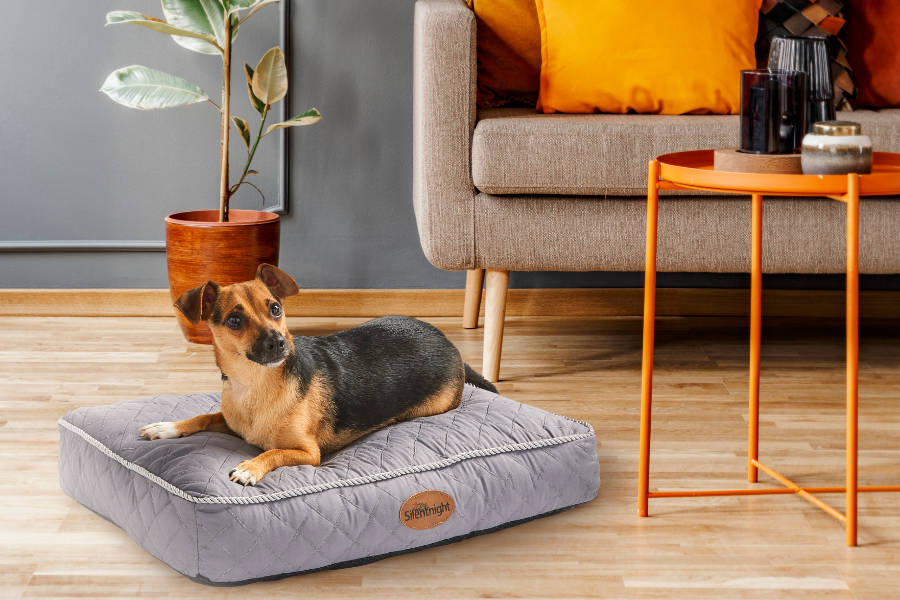 Almost half of pet owners (44%) have headed to the spare room to allow pets to sleep in their bed undisturbed. A further 45% have kipped on the bedroom floor, with 18% confessing they’ve headed out to the car rather than disturb their pet’s sleep. Almost 1 in 10 pet owners have even endured a cold night in the garage to ensure their furry friend is well rested.

According to Silentnight’s research, 10% of pet owners undertake one of these rituals nightly, 12 per cent weekly and 20 per cent regularly.

Sleep is an essential part of pets and their owners’ lives and with over seven decades of experience in creating sleep havens for humans, Silentnight wanted to make sure that we could cater to the ideal night’s slumber for the nation’s four legged sleepers – as well as make life more comfortable for their human companions.

So we have created Silentnight pet beds to help Britain’s cats and dogs enjoy a great night’s sleep in their own beds – leaving pet owners to enjoy a restful evening that doesn’t include relegating themselves to the doghouse and compromising on their own sleep.

The sheer volume of pets in the nation’s beds is staggering. Almost 1 in 10 of Brit pet owners sleep alongside five or more dogs or cats. In total, 64% of British cat and dog owners currently share their bed with at least one furry friend. And 12% of them have even dressed their pet in pyjamas at bedtime

Is it any wonder that pet owners are jealous of their pet’s sleep? Over a fifth believe their general wellbeing would improve if they had the sleeping pattern of their cat or dog.

To help the nation’s pet owners get a better night’s sleep, without compromising on their pets’ perfect night’s sleep, Silentnight has created a revolutionary range of pet beds that cater for cats and dogs whatever their individual needs.

The range comprises of three collections – Ultrabounce, Airmax and Orthopaedic – and each uses the same trusted technology as Silentnight’s human bedding and is available in sizes small, medium and large

Silentnight’s versatile pet bed range is available from a wide range of retailers, including Silentnight, Amazon, Argos and Very.

Rover Reveals The UK’s Most Popular Dog Breeds of 2020