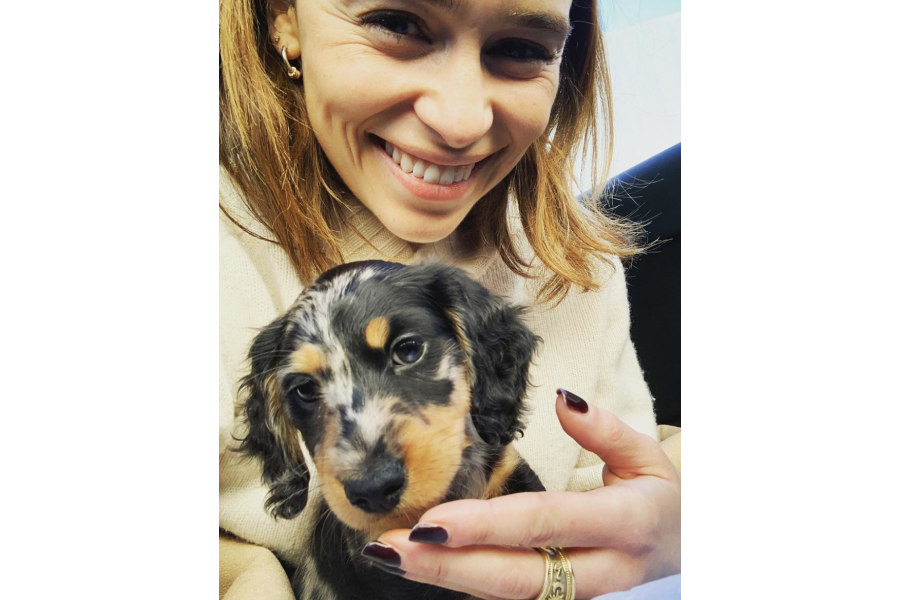 Forget Mother Of Dragons, Emilia Clarke is the mother of Dachshunds.

The Game Of Thrones actress took to social media on Tuesday to debut her new Doxie puppy called Ted.

Emilia, who played Daenerys Targaryen on the hit HBO show, posted a series of photos of her new squeeze.

Handsome Ted appears to be a long haired Dachshund with a mesmerising coat full of color.

The Last Christmas actress shared two selfies with Ted, as well as a photo of her new puppy taking a nap.

Clarke posted three photos on Instagram and wrote the following caption introducing Ted to the world:

“He just can’t stop. He physically.cannot.stop being the MOST BEAUTIFUL PUPPY IN THE ENTIRE WORLD. 😎 Erryone meet Ted. Super Ted. My new main squeeze. Light of my goddamn life. Ready to fill this instagram feed to bursting whilst still being able to leave room in a teacup. 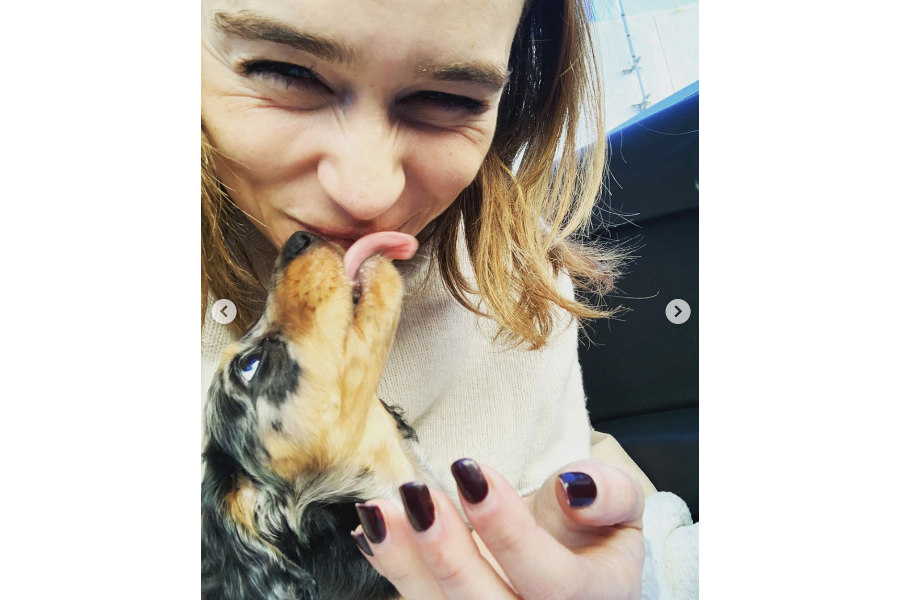 In fact, Ted’s trio of photos had nearly 500,000 likes and 3,000 comments in the 30 minutes after he was introduced to the world of social media. 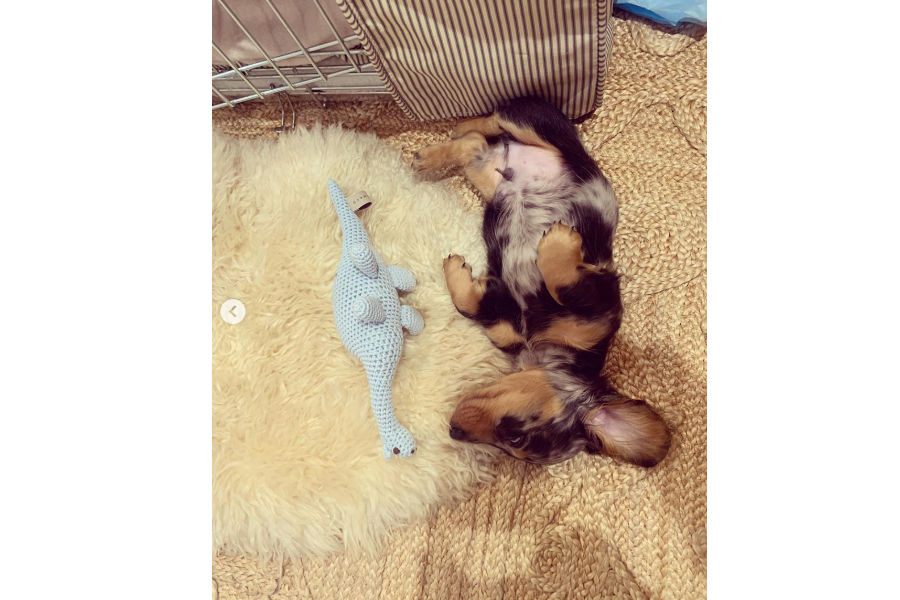 Her Game of Thrones co-star Nathalie Emmanuel, who was allies with her character Daenerys Targaryen in the battle for the seven kingdoms, was clearly in love with Ted already.

The one-time King Of The North Richard Madden didn’t waste any time leaving a comment under Clarke’s post, although the Game of Thrones star is more accustomed to Dire Wolves than Dachshunds.

Madden posted one simple emoji which received over 1,800 likes: “😍”

Dachshunds are one of the most popular dog breeds in the world, especially amongst city dwellers given their small size.

The American Kennel Club list the Dachshund as the 12th most popular dog breed in the world.

Dachshunds are prone to some health issues that Clarke will need to be aware of.

“Please do your research before welcoming a Doxie into the family, for IVDD, health issues, background on ‘dapple’,” Arlo the Dachshund told hellobark.com.

“Get pet insurance!!!! I’ve had Arlo insured since we got him, so if anything were to happen we are partially covered. Dachshunds are cute, and a great joy but they do need maintenance.”