These are three breeds of dogs that are often confused due to their similarity in appearance, size and temperament.

You’d be forgiven for confusing a Jack Russell with a Parson Russell or a Russell Terrier.

Even esteemed Kennel Clubs in Australia, United Kingdom and United States have different definitions when it comes to these three breeds.

Jack Russell Terrier are perhaps one of the most popular breeds in the world but American Kennel Club doesn’t recognise these dogs.

Instead, some JRT are classified as Parson Russell Terriers depending on their size.

This is despite the fact that the Kennel Club and the Irish Kennel Club recognise the Jack Russell Terrier as a breed.

A brief history of the Jack Russell Terrier

The Jack Russell Terrier originated in England in the 1800s.

Their heritage can be traced back to the small white English terrier that became extinct around 1700s.

Reverend John Russell was responsible for creating the breed for fox hunting before they later developed into dogs adept at hunting badgers.

It all started when Reverend Russell adopted a small white and tan dog called Trump in 1819.

Wikipedia describes her appearance as “…white, with just a patch of dark tan over each eye and ear; whilst a similar dot, not larger than a penny piece, marks the root of the tail.”

Trump was used as a basis for Jack Russell Terrier, who were bred to “bolt foxes out of their burrows”.

The primary purpose of the early JRT were to hunt foxes, but Reverend Russell look to temper their aggression and was proud to declare that his dogs “never tasted blood”.

While Reverend Russell has been widely accredited with starting the breed, it is important to note that there are no direct descendants of Trump.

When he died in 1883, he had only four aged (and non-breeding) terriers left after selling many of his dogs throughout his life due to financial troubles.

An introduction to the Parson Russell Terrier 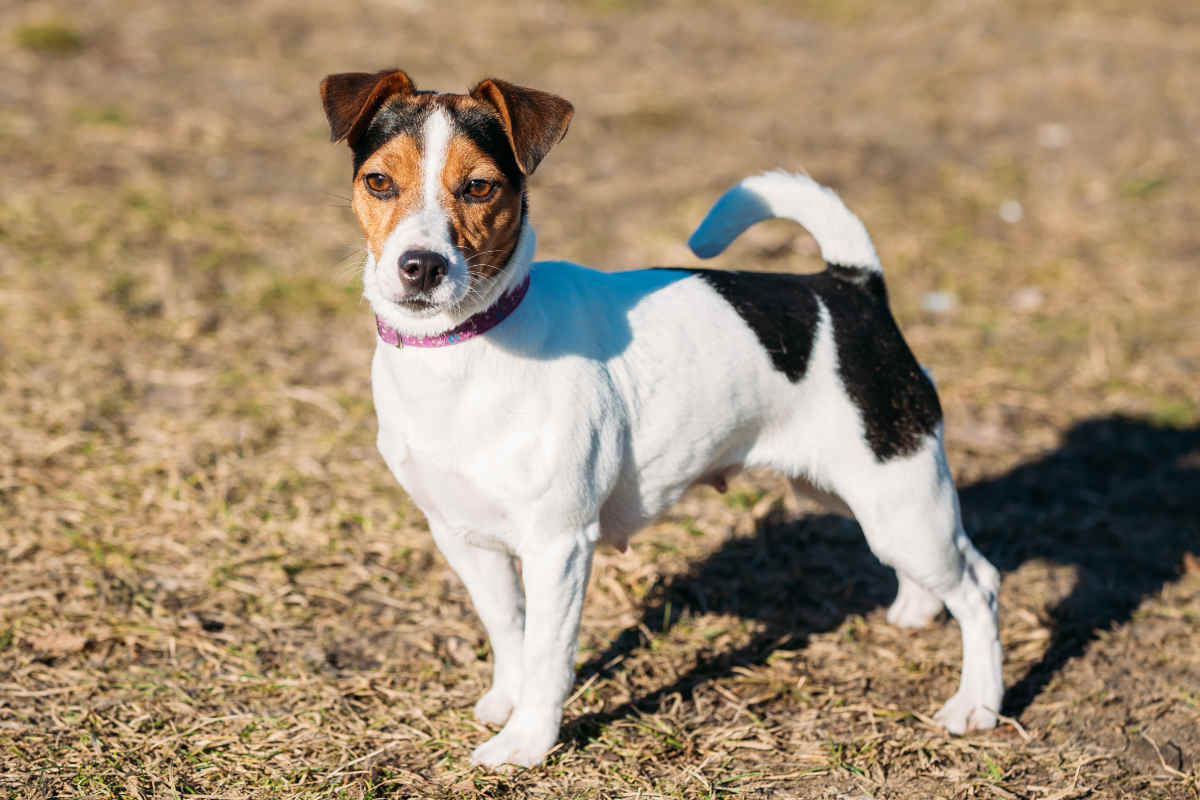 The Parson Russell Terrier can trace its roots back to Arthur Blake Heinemann.

He was responsible for creating the breed’s first standard in 1894 as he looked to fine tune these dogs for work at his Devon and Somerset Badger Club.

Heinemann looked to develop a dog with a focus on burrowing after badgers rather than fox hunting.

According to Wikipedia, terriers were acquired from Nicholas Snow of Oare and were thought to have been descended from Russell’s original dogs.

As a result, his name was associated with the breed before the Devon and Somerset Badger Club was renamed Parson Russell Terrier Club in 1930.

Following his death, their numbers dwindled and the club was disbanded before they reformed in the 1980s.

In the autumn of 1983 PRT enthusiasts learned of a scheme to promote the so called Jack Russell and of a plan to apply to the Kennel Club for recognition.

Deeply concerned that the type of terrier associated with the Reverend John Russell would become extinct or just be an unrecognised mongrel, these enthusiasts hastily re-formed The Parson Jack Russell Terrier Club (PJRTC) and adopted the breed standard which had been drawn up by Heinemann.

Soon afterwards the Club made an application to the Kennel Club asking for recognition of the Reverend John Russell’s type of terrier but were turned down.

The Jack Russell Terrier started to decline after World War II due to the decline in fox hunting – and hunting in general.

The SEJRTC, unlike JRTCGB, implemented a restriction that meant Jack Russell Terriers had to be at least 13 inches (33cm) in height at the withers.

In Australia, Jack Russell Terrier was officially recognised as a breed in 1991. 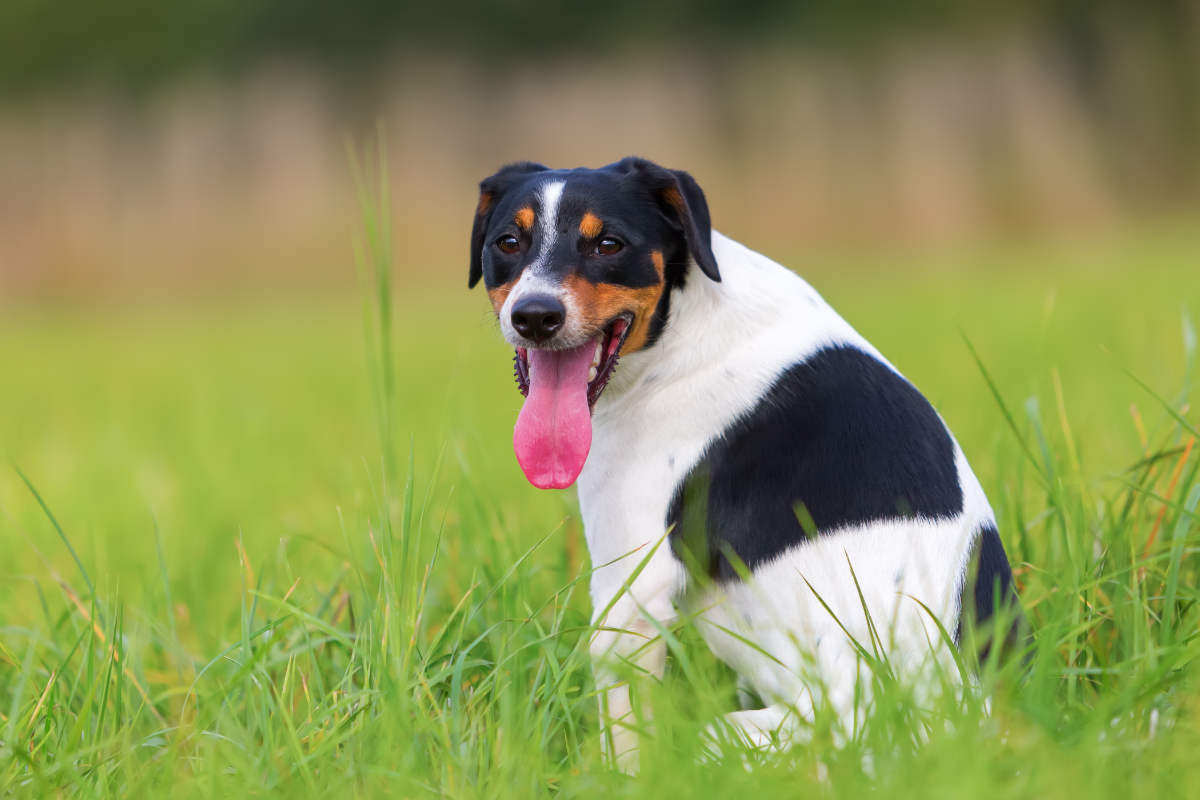 The Jack Russell Terrier Associaton of America was eager to see these dogs retain their working characteristics rather than be bred for conformity.

The Kennel Club in England has recognised the JRT since 1 January 2016.

Their definition of the breed’s appearance is:

A strong, active, lithe, working terrier of great character with flexible body of medium length. Smart movement. Keen expression. The coat is predominately white, and may be smooth, broken or rough.

It is important to note that their bodies and their weight should be in proportion to their height to produce a sturdy, well-balanced dog.

Parson Russells should be between 12-14 inches (30-36cm) at the withers, which is within the range of JRT but more restrictive.

They usually have a longer frame and a larger head to result in a larger body size than Jack Russells.

The Parson Russell Terrier could be described as having a square body, while Jack Russells are more rectangular in shape.

Parson Russells have a wider chest than their Jack Russell counterparts.

The Kennel Club defines the difference between Jack Russells and Parson Russells as:

“The Kennel Club recognises the Parson Russell Terrier which is similar in appearance but slightly larger than the Jack Russell. However, the name Jack Russell is applied to a number of different types of similar small terriers, but due to the diversity amongst these types it has proved difficult to come up with a single breed standard.”

However, they are smaller dogs than the Kennel Club’s definition of JRTs.

The Russell Terrier should measure between 8-12 inches (20-30cm) and they should be longer rather than taller at the withers.