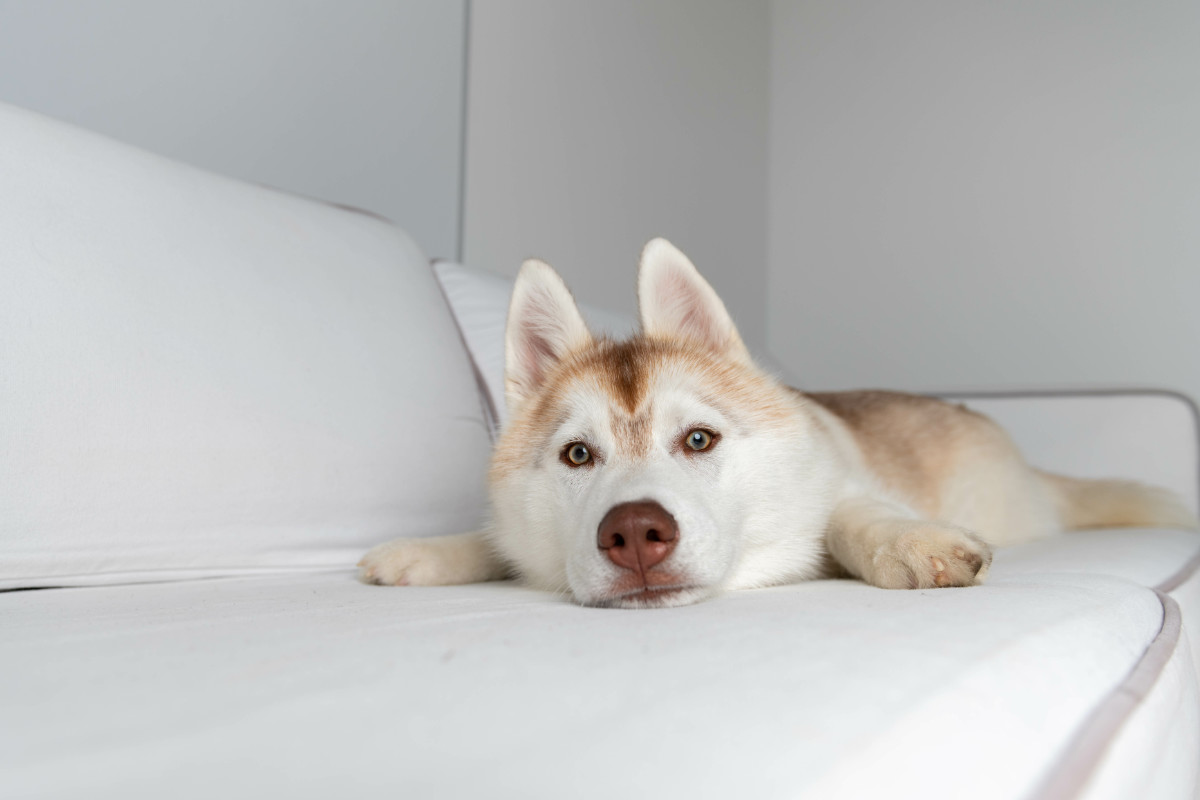 Siberian Huskies are one of the most charismatic dog breeds.

They’ve got a striking appearance thanks to their dramatic coat and eye colors so these medium-sized dogs attract attention wherever they go.

These much-loved dogs were traditionally used as sled dogs but in the 21st century, they’re more commonly viewed as family pets.

The American Kennel Club ranks the Siberian Husky as the 19th most popular breed in the world.

In this article, we’re going to take a look at the pros and cons of the Siberian Husky breed.

We’ll hear from some famous Siberian Husky accounts to get a unique insight into these dogs. 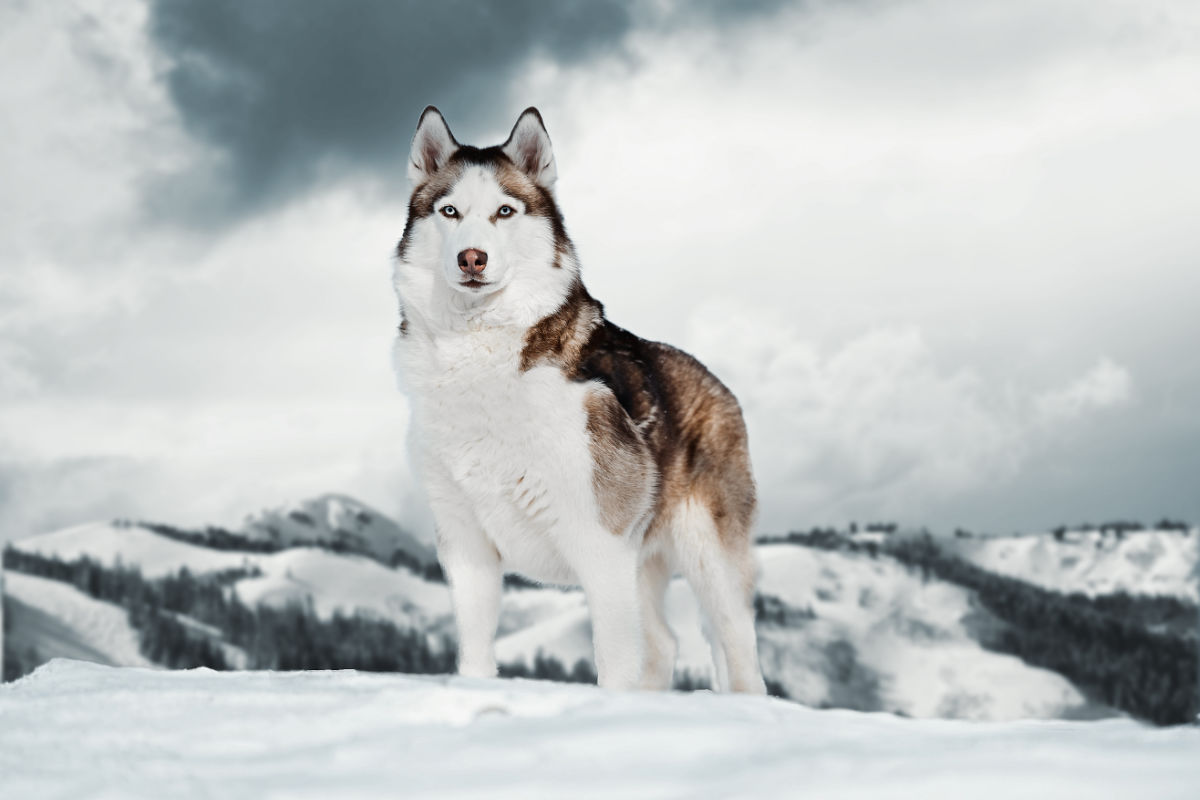 If you’re an active person and you want a dog that can keep pace with your frenetic lifestyle, the Siberian Husky could be the perfect dog for you. They were traditionally used as sled dogs so these charismatic canines have a lot of energy to burn. Whether it’s going for a challenging hike, a jog at the local park, an outdoor agility park or training session in the garden, these dogs will relish the chance to enjoy some physical and mental stimulation.

Asked in an interview with hellobark.com whether the breed have a lot of energy, the Husky Squad explained why these dogs have an underlying desire to exercise.

Absolutely! After all, that’s what they were bred for. It’s in their blood, in their genes, and on their mind ALL THE TIME. Huskies are working snow dogs. They were bred to run long distances while pulling a load. They’re born with incredible stamina and endurance, and fulfilling their need to “work” is essential.

We’ve touched upon the Siberian Husky breed’s desire to exercise, their ancestors were traditionally key members of the Chukchi tribe and even helped to keep these indigenous people warm at night by sleeping close to them. Fast forward to the 21st century, Siberian Huskies make much-loved family pets. They’re affectionate with people they’re bonded to, they show loyalty to members of the home and they’re usually patient with children. Having said that, you should never leave a child unsupervised with a Siberian Husky or any dog for that matter.

YouTube star Skaya is an example of a playful Siberian Husky who is an excellent family pet.

Some of the best things about owning a Siberian is their friendly and charming personality, as well as their playful demeanor. They’re always up to have fun and give you a good laugh when you’re down. Although they can be aloof at times, they truly are a pack dog and love their families unconditionally. 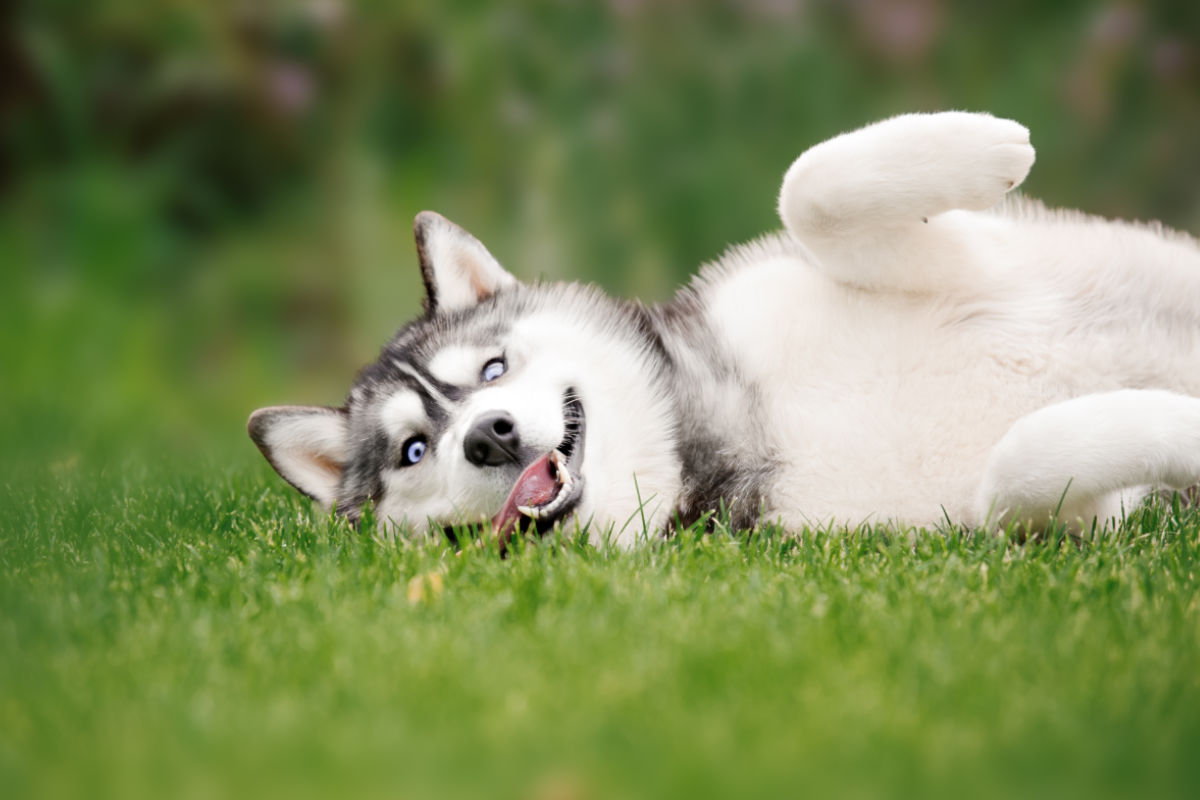 If you want a dog that will challenge you and your ability as a dog owner, a Siberian Husky could be the right breed for you. They’re smart dogs but they like to learn on their own terms. A common theme amongst the dog owners that we spoke to is the larger-than-life personalities of this breed. Sometimes described as sassy, Siberian Huskies will make you laugh with their demanding voices, goofy antics and peculiar ways.

Hila is what you would imagine a husky to be like, personality wise. She has attitude, energy, and she challenges me every day. Literally challenges me to be the alpha! She’s a born leader and if I died tomorrow she might take over my YouTube channel (lol.)

Britney Spears is very beta. He has taken the role of second between him and Hila, a role huskies usually negotiate among themselves when they meet. Since Hila was the oldest and lived at the house first, she became the alpha over the two. This makes Britney Spears especially sweet, kind, and cuddly to people. He doesn’t like to challenge me, and instead would rather snuggle.

If you’re thinking about getting a Siberian Husky, you may prefer to adopt a member of this charming breed. You could head to your local rescue shelter to see if they’ve got a Husky in need of a forever home. They’re perhaps one of the most common breeds found at rescue shelters. Alternatively, most major cities will have dedicated Siberian Husky organizations. 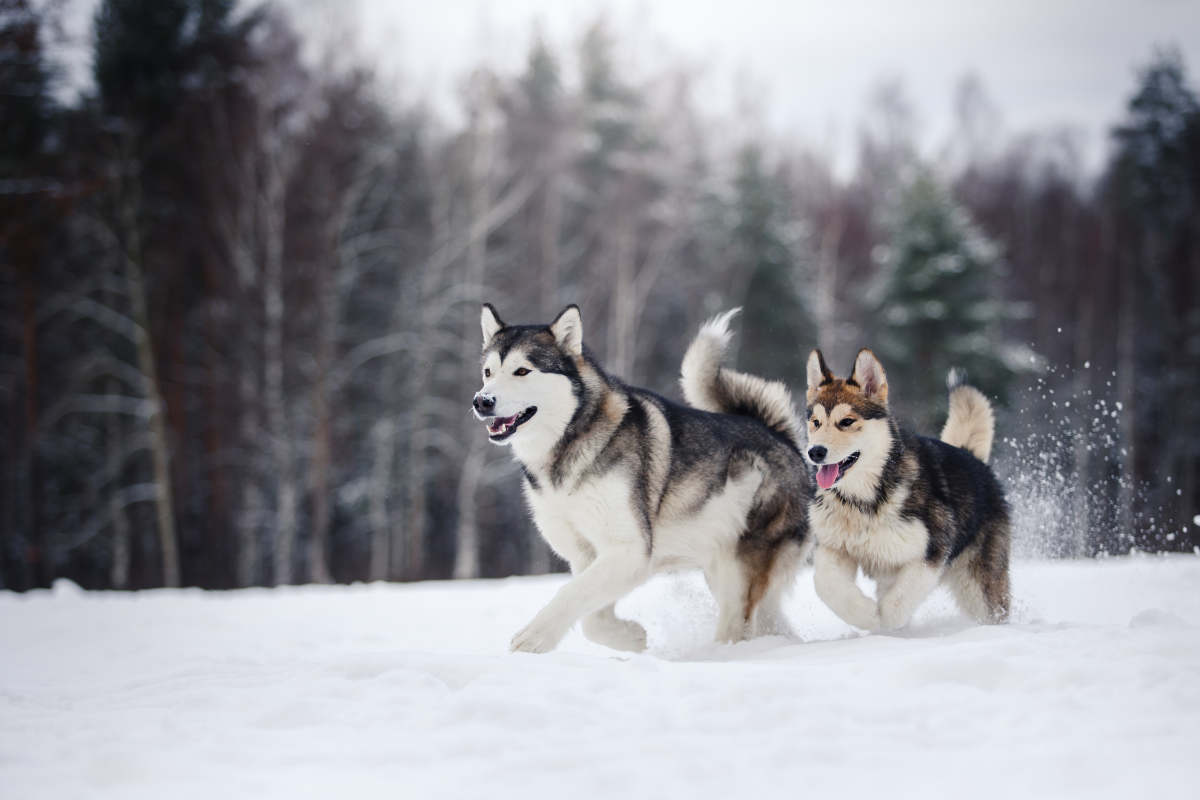 Require a lot of exercise

While we listed their energy as a pro in the section above, it could also be a con if you’re someone who is more of a coach potato than an energiser bunny. Siberian Huskies require a lot of daily exercise whether it’s going for a walk or even just some enrichment activities at home. If Siberian Huskies don’t get sufficient exercise, they could resort to some destructive behaviours.

GoWithTheFlou warned that Huskies aren’t right for people who don’t have the time to keep them mentally and physically stimulated.

If you are considering a husky, you have to have time and active lifestyle. Husky is not a couch dog you watch TV with, they need a lot of activities and training, just walking isn’t enough. You need to have good nerves and systematic approach when it comes to training. I promise that you are not going to disappoint with this breed as long as you have time and a sporty lifestyle you can include your husky too.

If you take pride in a clean home, Siberian Huskies might be a challenging breed to own for you. They’re heavy shedders all year round and they’ll blow out their undercoat twice a year. So you can expect a lot of hair on the floor, in corners of your home, on chairs and sofas and all over your clothes. Forget about wearing black (or you’ll need an effective lint roller!).

The Husky Squad gave us an insight into the sheer volume of dog hair!

There’s fur everywhere. Permanently. It’s something you have to learn to embrace. Huskies molt their undercoat twice a year, which creates a snow storm for several weeks each time. This process is natural and necessary to protect them through the seasons. Never shave a husky coat! It’s very harmful.

A solid grooming and bathing routine will help deal with this effectively. It took us years to figure this out, but we now have an amazing routine in place, and this topic is one of our most popular videos on our channel. Our routine helps tremendously with shedding, and also gives hundreds of thousands of dog parents a way to turn grooming into an amazing spa-date for their pups.

As you’ve probably noticed from the countless videos of Siberian Huskies on Instagram and TikTok, Siberian Huskies are a talkative dog breed. They’ve got opinions and like to air them! This could be considered a charming trait by dog owners but perhaps not by neighbours if you live in an apartment, town house or semi-detached home.

While you may have saved for the initial cost of buying your Siberian Husky puppy, you’ll need to budget for the monthly costs of owning one of these dogs. They’ve got vociferous appetites! They’ll require a lot of dog food and plenty of treats for walks and training. It’s something you’ll need to think about before you bring your dog home. Having spoken to our Siberian Husky owners for this article, the cost of their dog food was described as a potential challenge associated with having one of these energetic Huskies in your home.

Siberian Huskies are smart dogs but they’re independent thinkers who like to do things their own way. These athletic dogs may attempt to challenge your authority or outthink you. That’s why it’s a good idea to start training at a young age and use positive methods. Once you’ve implemented the basics, it’s a good idea to continue with regular training to ensure your Siberian Husky is mentally stimulated and reminded of basic commands.

Skaya’s owner shared her experience with this challenging trait.

One of the most difficult parts of owning a Siberian Husky is how stubborn they can be. Mix that in with the fact that they are very smart, mischievous, high-energy breeds, and you easily have a recipe for an out-of-control dog without proper training.

Sixty Formula explained why getting a second Husky won’t necessarily fix the problem.

Separation anxiety is not an issue with Hila, but it’s a serious issue with Britney Spears. One thing husky owners should caution is something called “litter mate syndrome” and this is when one dog becomes co-dependent in the other. Since Hila is the alpha between the two, Britney Spears sees Hila as his mother figure and gets very upset when she’s removed without him included. Hila doesn’t care so much lol.