A Shiba Corgi is a cross between a Shiba Inu and a Corgi.

The Corgi comes in two different varieties: the Pembroke Welsh Corgi and the Cardigan Welsh Corgi.

Shiba Inu are an ancient Japanese breed that have achieved fame in pop culture over the past couple of decades.

They’re usually small dogs with an appearance not to dissimilar to a fox!

In this article, we’re going to take a close look at the Shiba Corgi Mix, including their appearance and temperament.

With the introduction over, let’s take a closer look at the Shiba Corgi Mix.

What is a Shiba Corgi Mix?

A Shiba Corgi is a cross between a Pembroke Welsh Corgi or a Cardigan Welsh Corgi with a Shiba Inu.

Other names for this mix are Shiba Inu Corgi Mix, Corgi Shina Inu Mix and a Corgi Inu.

They’re a relatively new designer breed that started to appear in the early 2000s.

Before we put the Shiba Corgi under the microscope, let’s take a closer look at the Corgi and the Shiba Inu. 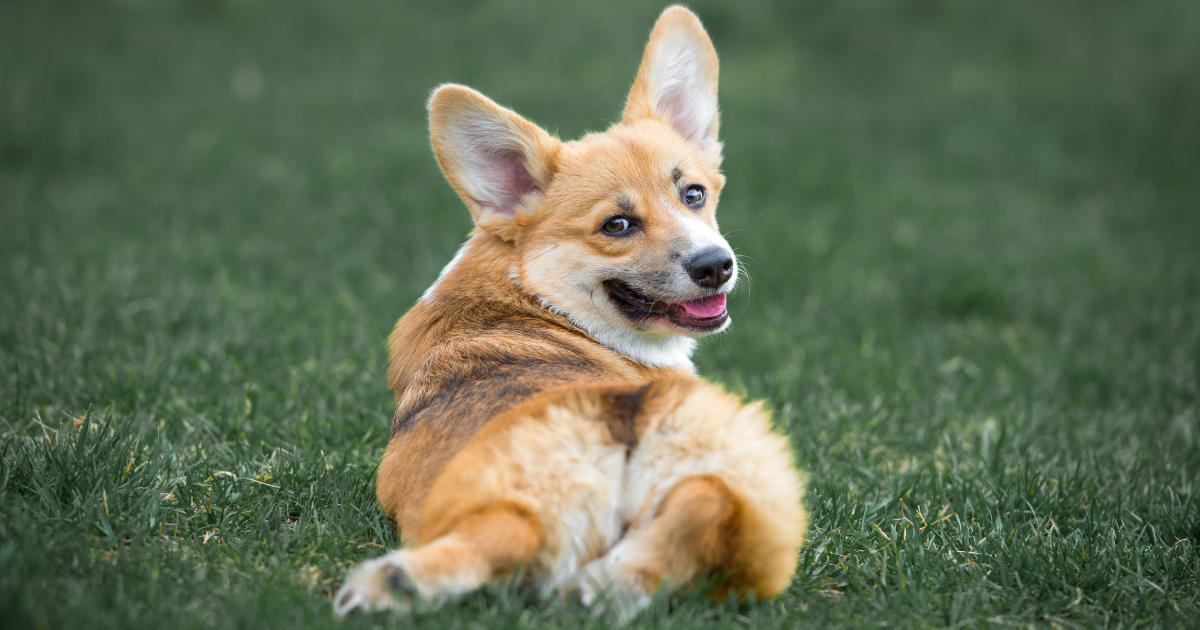 As we mentioned above, there are two different types of Corgi – a Cardigan Welsh Corgi and a Pembroke Welsh Corgi.

One of the key differences between the two Corgi varieties are their tails – Pembrokes usually have docked tails but Cardigans have bushy, fox-like tails.

Both breeds are thought to have originated from Wales, although there is some conjecture surrounding how both breeds arrived in the United Kingdom.

They were used as herding dogs, which is why some Corgis still have a herding instinct which can be problematic around pets and children.

The Shiba Inu is an ancient Japanese breed. They’re one of the oldest Asian breeds.

While they may appear cuddly, Shina Inu were bred to help hunt small game in Japan.

They were given the name Shiba Inu in the 1920. They were almost left extinct following World War II.

Although Japan and the USA were in direct conflict during that period, the Shiba Inu has since become a popular breed stateside.

They’re the 44th most popular breed in the United States, according to the American Kennel Club.

The Shiba Inu is a medium sized dog that will grow to a height between 13.5 and 16.5 inches. They can weigh between 17 and 23 pounds depending on the sex of the dog.

So we can estimate that a Shiba Corgi should grow to height between 10 and 17 inches, while they can weigh from 17 to 38 pounds. This can vary from dog to dog depending on which traits they inherit from their Corgi and Shiba Inu parent.

A Shiba Corgi will usually be likened to a fox. They”ll usually have some variation of brown, red, fawn, sable or brindle coat. Other possible colors include blue, white and pied.

They should have relatively long bodies like the Corgi with short legs. Their tail will usually be curled over their backs. Although, it can be stubby like the Pembroke Welsh Corgi.

Their upright ears can give them an alert look like a fox, while their eyes will usually be brown with a black nose. They tend to have a pointed muzzle.

It can be difficult to predict the personality of a mix breed. There are no guarantees that a Shiba Corgi will be more like their Shiba Inu or Corgi parent.

Corgis can make great companion dogs with a sweet personality. They enjoy human company and have a strong work ethic. They’re often described as faithful and loyal dogs.

They need quite a lot of exercise given they were bred to be herding dogs. If they don’t get enough exercise, they could encounter health problems.

Shiba Inu have been stereotyped as aloof and independent dogs. They usually will be relatively cautious around people that they don’t know.

However, they’re still good natured dogs that are bold and courageous. They don’t lack self assuredness.

With consistent training from a young age, Shiba Inu can be great dogs.

Shiba Corgi will require quite a lot of exercise given both of their parents are working dogs.

WagWalking recommends around 60 minutes of exercise every day or walking these hybrid dogs eight miles a week.

Regular exercise can ensure these dogs don’t suffer with obesity problems. It can also help to deter destructive behaviours that could be the result of boredom or lack of stimulation.

While nearly one quarter of the US population own a dog, around 10 per cent of Americans are allergic to canines. So that’s a lot of people who presumably have researched hypoallergenic dogs.

The designer breed will need daily brushing to remove dead or loose hair.

Corgi usually shed a lot at the changing of the seasons, so you can expect to find a lot of hair left on furniture in late spring and early summer.

Shiba Inu shed twice a year but the shedding can last for prolonged periods. Their coat doesn’t require regular brushing because it rarely becomes knotted. However, grooming a Shiba Inu daily will help to remove dead hair that could otherwise end up in corners of your home.

The Cardigan and Pembroke Welsh Corgi have an average lifespan of betwen 12 and 13 years. A Shiba Inu will usually live to the age of 13 to 16.

So a Shiba Corgi will live around 13 years judging on the life expectancy of both parents.

Usually, cross breeds will have less health problems that purebred dogs due to the widening of the gene pool.

So the designer breed should cost around the same price but it can vary depending on each individual breeder.

For those looking to find out even more information about the Shiba Corgi mix, you might want to consider reaching out to members of this cross breed on Instagram.

In our experience, dog owners are more than happy to provide useful information about their pups to anyone thinking about getting a dog and eager to do proper research.

If you’re interested in a Shiba Corgi puppy, you should contact an established and reputable breeder. They’ll usually ask you to fill out a questionnaire, place you on a waiting list and request a deposit.

So we’ve come to the end of our introduction to the Shiba Corgi.

These designer dogs are a mix between a Shiba Inu and a Corgi. They usually will be fox-like in appearance.

Small to medium in size, they should be long rather than tall.

However, it’s impossible to predict which exact traits they’ll inherit from each parent.