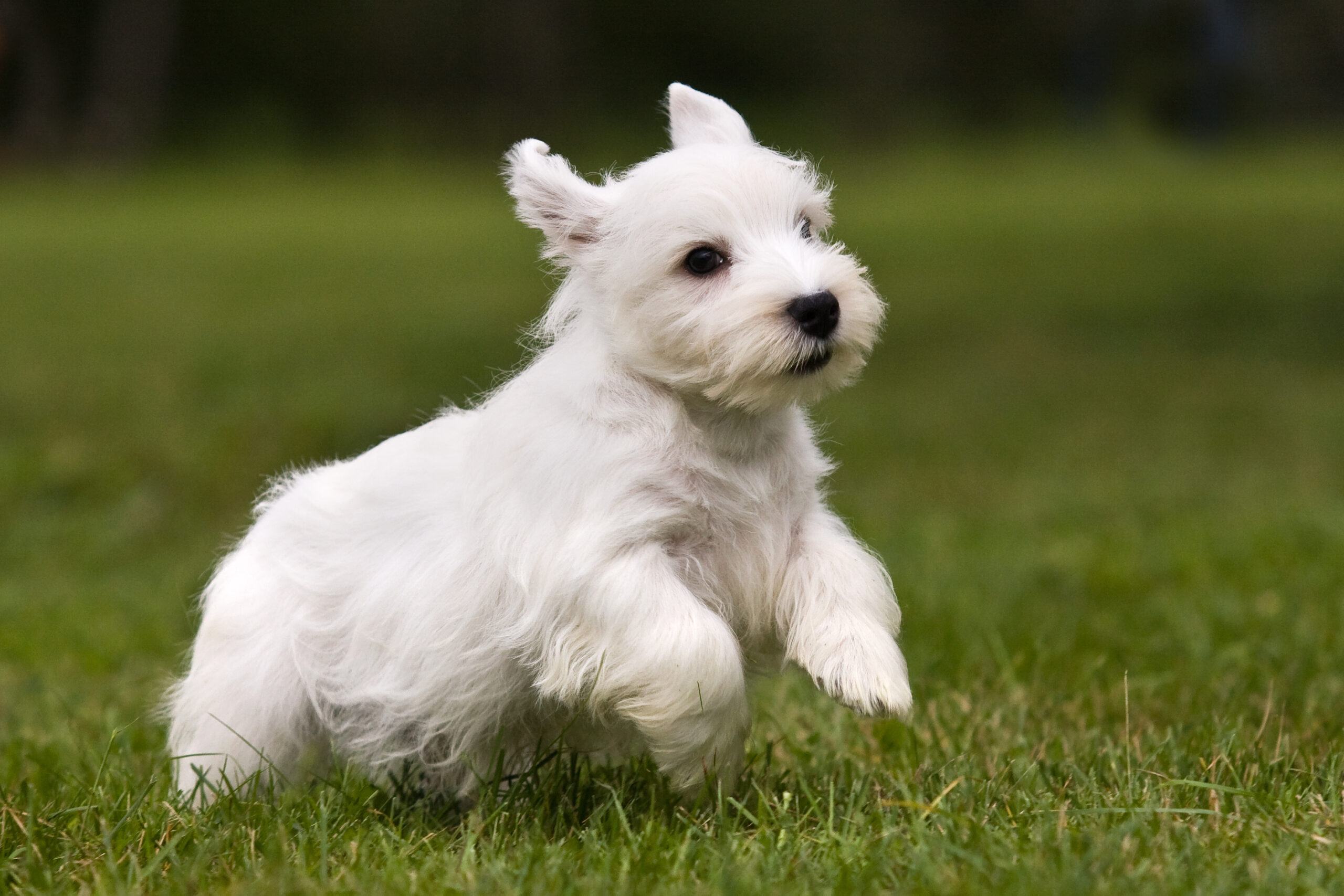 These Welsh dogs are one of the less common varieties of Terrier in comparison to the popular Jack Russell Terrier.

The Sealyham Terrier breed started in the 19th century in the Sealyham estate in Pembrokeshire.

Although their popularity rose during the 1920s, 1930s and 1940s, their numbers have dwindled in the 21st century.

Sealyham Terriers are a robust breed that were used to hunt pests on the Sealyham estate.

However, in modern culture, they’re primary function is companion dogs.

In this article, we’re going to take a look at Sealyham Terrier lifespan.

What are Sealyham Terriers? 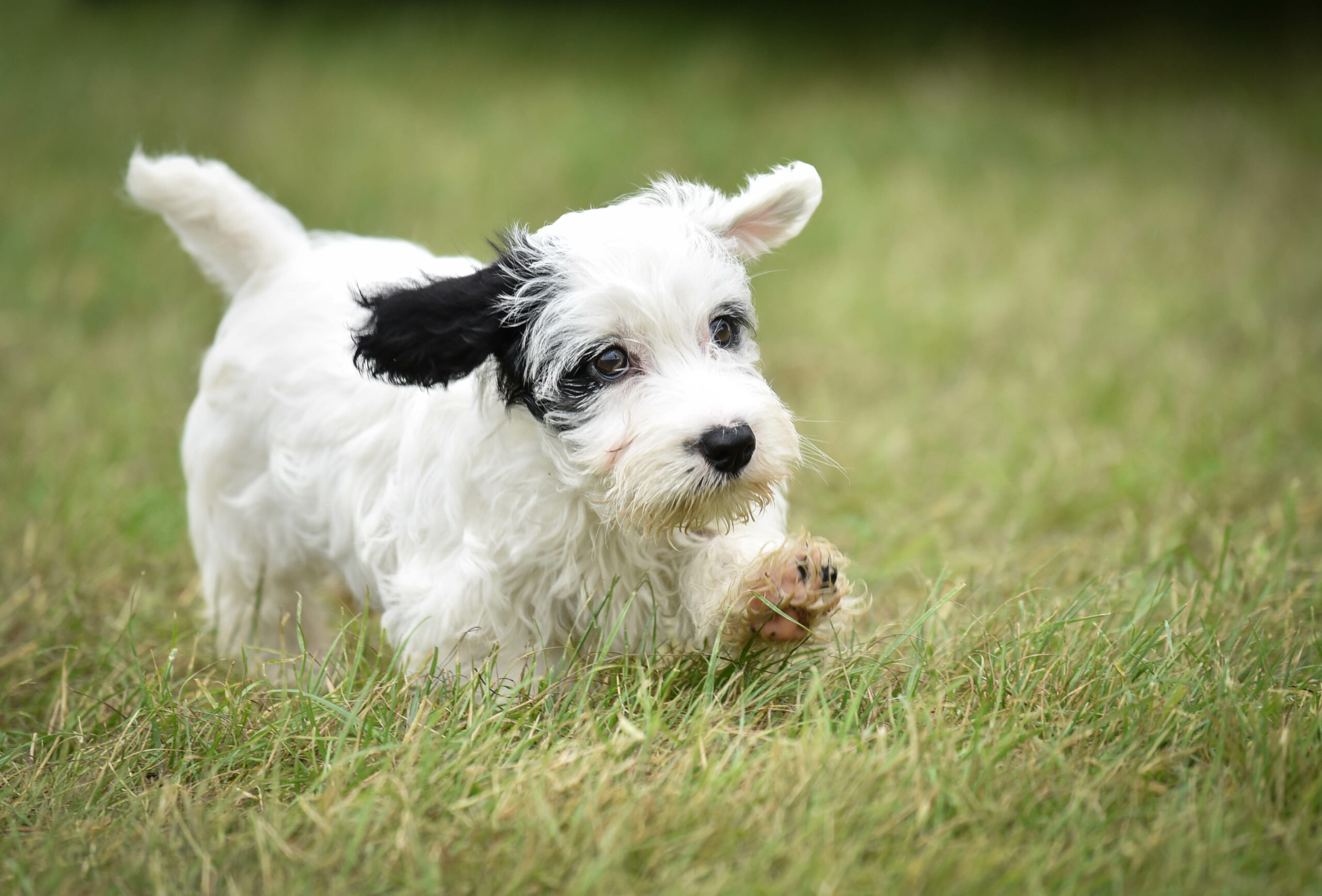 Sealyham Terriers are a member of the Terrier group.

These dogs are alert and outgoing with a unique sense of humor.

Like most Terriers, they’re brave and spirited but they’re not quite as feisty as some other members of the Terrier group.

The American Kennel Club lists the Sealyham Terrier as the 164th most popular breed in the USA.

Where do Sealyham Terriers come from?

Sealyham Terriers originated in the Sealyham estate in Pembrokeshire in north Wales.

Former army captain John Edwardes is credited with creating these terriers, earning the nickname “the father of the breed”.

After retiring from military service in the mid-1800s, Mr Edwardes dedicated the rest of his live to fine tuning the Sealyham Terrier breed.

They were bred to hunt pests on the Sealyham estate, possibly including otters, badgers and other small animals.

The inaugural Sealyham Terrier Club was founded in 1908. These dogs were recognised as a breed by the American Kennel Club in 1911.

They enjoyed a surge in popularity during the Prohibition Era. Some famous owners include Elizabeth Taylor, Bette Davis and Humphrey Bogart as well as the Queen’s sister Princess Margaret.

However, their numbers dwindled in the second half of the 19th century.

The Kennel Club in the United Kingdom has declared the Sealyham Terrier as a vulnerable breed. 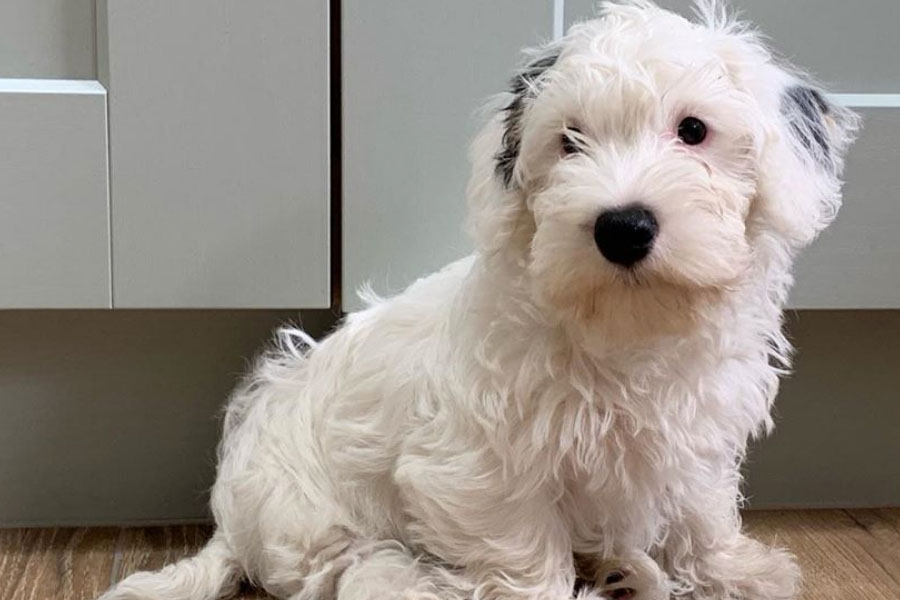 Sealyham Terriers are sturdy dogs that can grow to a height of 10.5 inches, while they can weigh between 23 and 24 pounds.

These quirky dogs have a white double coat: a dense undercoat and a wiry outer coat. Their colors include lemon, black, brown, blue and badger.

How long do Sealyham Terriers live?

So we’ve reached the big question: what is the life expectancy of Sealyham Terriers?

Well, Sealyham Terriers will usually live to between 12 and 14 years.

However, healthy members of the breed can live beyond the age of 14. Sealyham Terriers have been known to live to the age of 17 or 18.

These dogs are prone to allergy problems but they don’t usually prove to be serious or life threatening. They can suffer with demodex, which is mites that live in or near the hair follicles of dogs.

The American Kennel Club outlines that the Sealyham Terrier is prone to several genetic eye diseases. Ethical and responsible breeders should screen their Sealyham Terriers for these conditions before breeding.

One of the conditions that can affect Sealyham Terriers is a primary lens luxation (PLL). This is a disorder that is characterised by weakened zonular fibers which eventually lead to the dislocation of the lens in the eye.

The Kennel Club outline what symptoms to look out for with regards to PLL:

Clinical signs include reddening of the eye, glaucoma (increased pressure within the eyeball) and loss of vision, which can be detectable at 20 months. Complete lens luxation typically occurs at the age of 3-8 years.

The American Kennel Club recommend CERF or OFA exams to check for other potential eye issues.

Their long eyelashes can lead to issues, such as tearing and eye infections.

Sealyham Terrier owners should regularly check their ears for potential ear infections. The AKC suggest that this is a result of the weight and the position of the ears.

Another potential health concern is IVDD (degenerative Disc disease) which can affect dwarf breeds, such as Sealyham Terriers.

IVDD is the most common spinal disease in dogs. It occurs when the disc between the vertebrae collapses after compression or trauma.

The Kennel Club carried out a health survey on the Sealyham Terrier. They surveyed 17 living dogs and three deceased dogs. Here are their results:

Most Sealyham Terriers were not affected by a disease condition (70.59 %). There were only six disease conditions that represented an equal proportion of affected live dogs; these conditions were hermaphrodite, ocular (eye) discharge, skin lump, umbilical hernia, unspecified skin, ear or coat, and urolithiasis (urate crystals). There were only three causes of death that represented an equal proportion of the deaths; these causes were cardiomyopathy, lymphoma, and old age.

If you’re thinking about getting a Sealyham Terrier, you should visit the Sealyham Terrier Club of America. The organization have a breeder directory that list breeders who have signed up to their code of ethics.

We recommend buying a Sealyham Terrier puppy, or any puppy, from a breeder. We don’t endorse buying puppies from a pet store, online pet store or third party.

You should always ask to see the puppy interact with its mother to ensure that the young dog hasn’t been bred by another person elsewhere. It’s a good idea to ask for proof of AKC or UKC registration of the sire and dam.

Breeders should also carry out health checks with the vet to make sure the puppies are healthy. You can ask for proof of these veterinarian examinations. 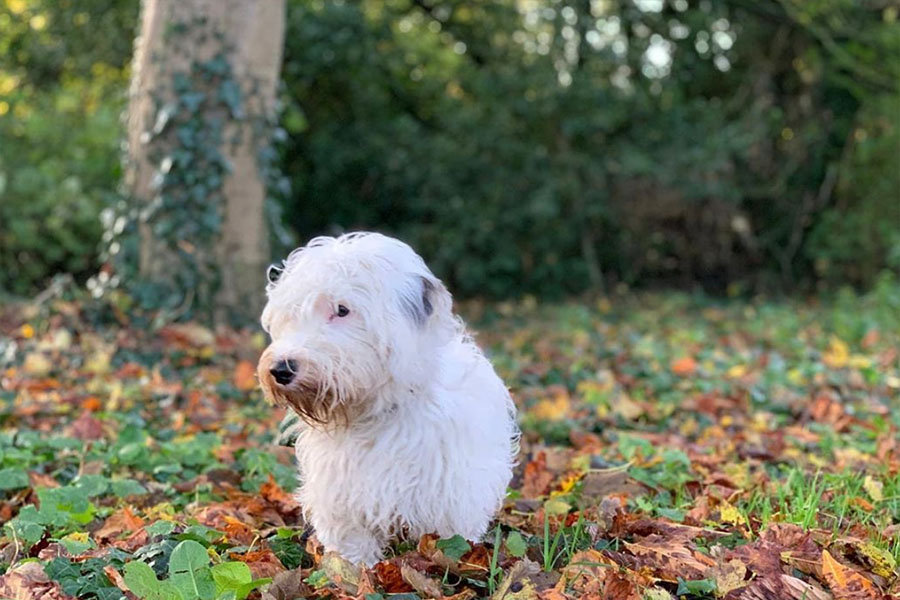 So, Sealyham Terriers have an average lifespan of 12 to 14 years.

However, some Sealyham Terriers can live up to 18 years. In some rare cases, they can even reach 20.

Sealyham Terriers are generally considered a healthy and robust breed. However, they’re prone to some eye and ear conditions that dog owners will need to be aware of.