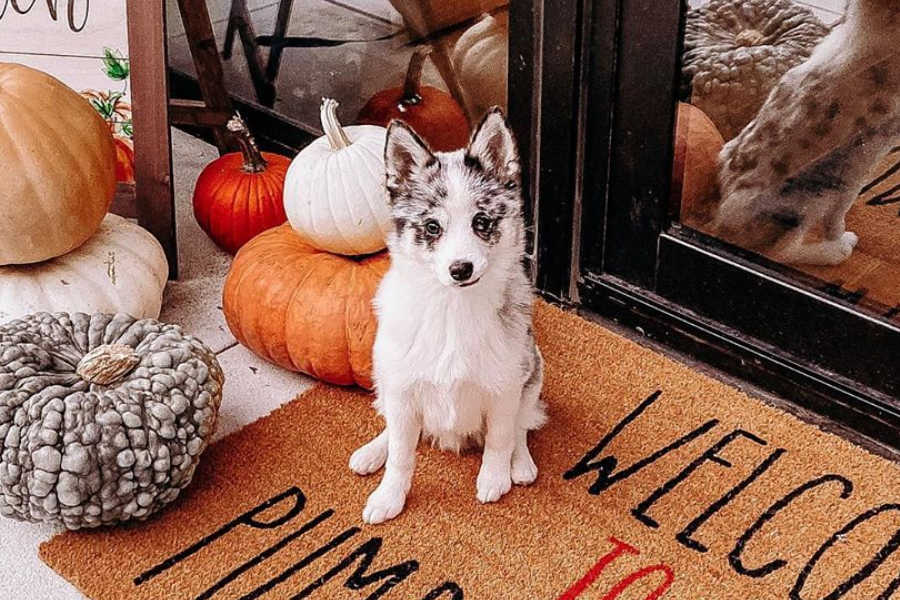 Pomklee are a cross between an Alaskan Klee Kai and a Pomeranian.

These two breeds can be combined to create a mixed dog that is likely to be small in size.

Alaskan Klee Kai are purebred dogs recognised by the United Kennel Club since 1997.

Pomeranians are the smallest of the Spitz breeds that have been popular since Victorian times.

While Pomklee aren’t a common mix, there are some examples on social media sites such as Instagram.

If you’ve never heard a Pomklee, we’re going to take a look at some pictures of Pomklee in this article.

We’ll break this feature into the following sections:

Pomklee are a cross between an Alaskan Klee Kai and a Pomeranian.

This is a rare mix because most Alaskan Klee Kai and Pomeranian breeders are looking to create purebreds rather than crosses.

However, some Pomklee do exist due to both intentional and unintentional breeding.

Alaskan Klee Kai are companion-sized dogs that resemble huskies in appearance. An Alaskan lady called Linda Spurlin was responsible for creating the breed.

After owning an undersized husky called Curious, she set about create a breed that would look like mini huskies. She used Alaskan Husky, Siberian Husky, American Eskimo Dog and Schipperke to create her first Alaskan Klee Kai. Don’t be fooled, though. The Alaskan Klee Kai breed has been breeding true since the late 1980s. So you can only create a Klee Kai by breeding two UKC-registered Klee Kai. If you read information to the contrary about breeders combining breeds to create “Klee Kai”, stay clear as it’s a scam.

According to the breed standard, there are three Klee Kai size: standard, miniature and toy. These AKK can be found in three main coat colors: black and white, gray and white and red and white.

Pomeranians are the world’s smallest Spitz breed. They don’t grow to be larger than seven inches tall (usually).

They’re ancestors are thought to have originated from Arctic regions. However, they’re best associated with a region in Germany and Poland called Pomerania, located along the Baltic Sea.

The British monarchy have taken a particular interest in these dogs. They’re thought to have arrived in England due to Queen Charlotte and King George III. Charlotte’s granddaughter Queen Victoria played a big hand in the transformation of the breed. She’s accredited with breeding down her Pomeranians to reduce their size by up to 50 per cent.

Pomeranians were recognised by the American Kennel Club in 1898. They’re currently the 23rd most popular breed in the United States.

Given this is a relatively uncommon cross, there’s no set parameters for Pomklee size. In order to get a rough estimate, we need to look at their parents.

As we mentioned above, Alaskan Klee Kai come in three different sizes: standard, miniature and toy. Standard can be between 15 and 17 inches tall, miniature are between 13 and 15 inches tall and toy are up to 13 inches.

Pomeranians are a toy breed and don’t grow to be much taller than six or seven inches. They weigh between three and seven pounds.

Alaskan Klee Kai are black and white, gray and white and red and white. These are the three colors listed in the UKC’S breed standard. You can also find white Klee Kai and predominantly black Klee Kai. However, neither conform to the breed standard.

Pomeranians are slightly different. The AKC outline that any color or shade is permissible. So they’ve got a huge range of possibilities.

Hence, a Pomklee could be any color but in our experience researching these mixed dogs on Instagram, most tend to have patches of white with another color. 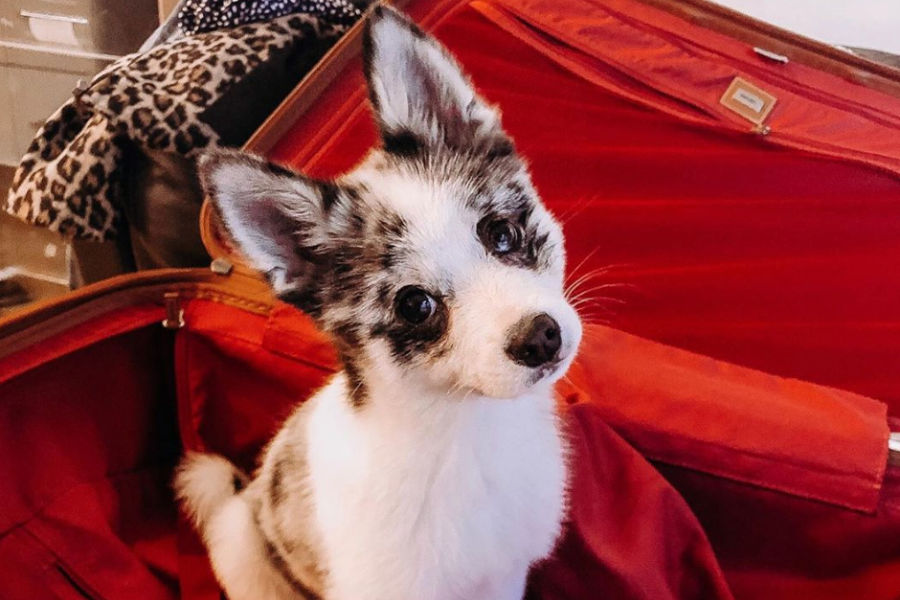 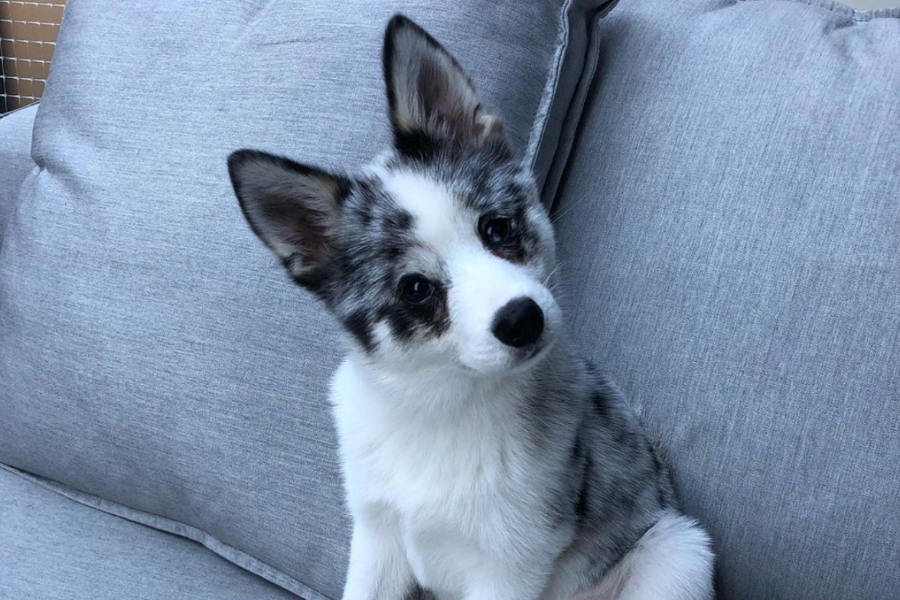 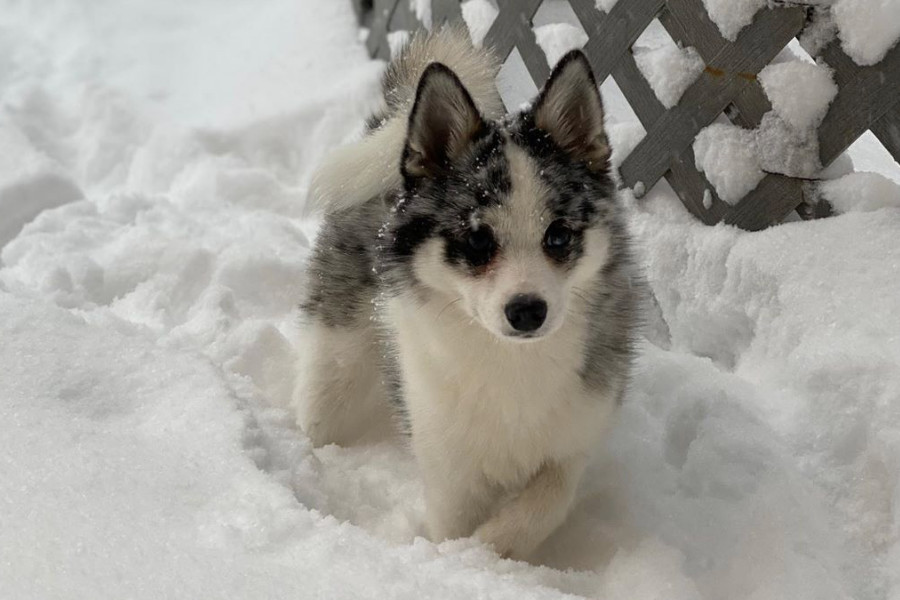 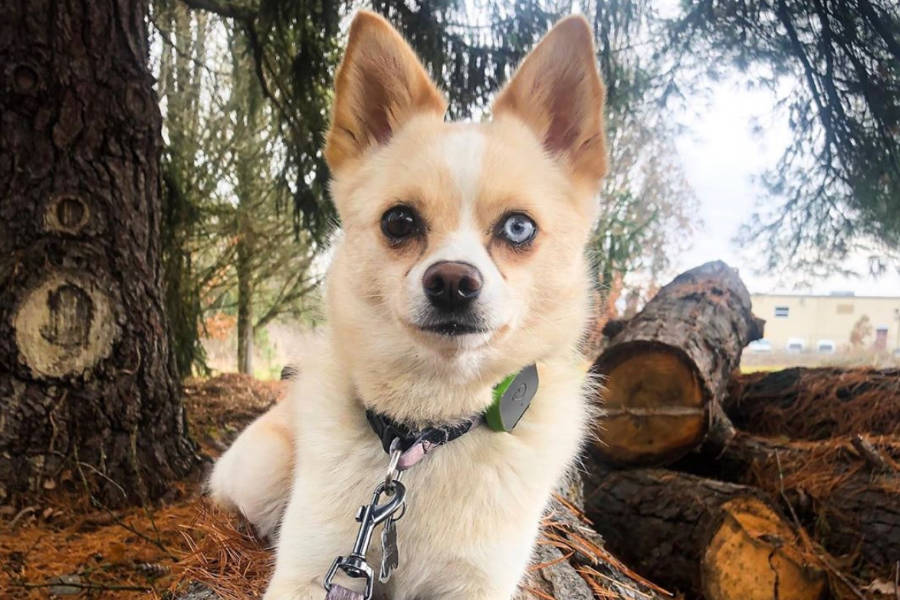 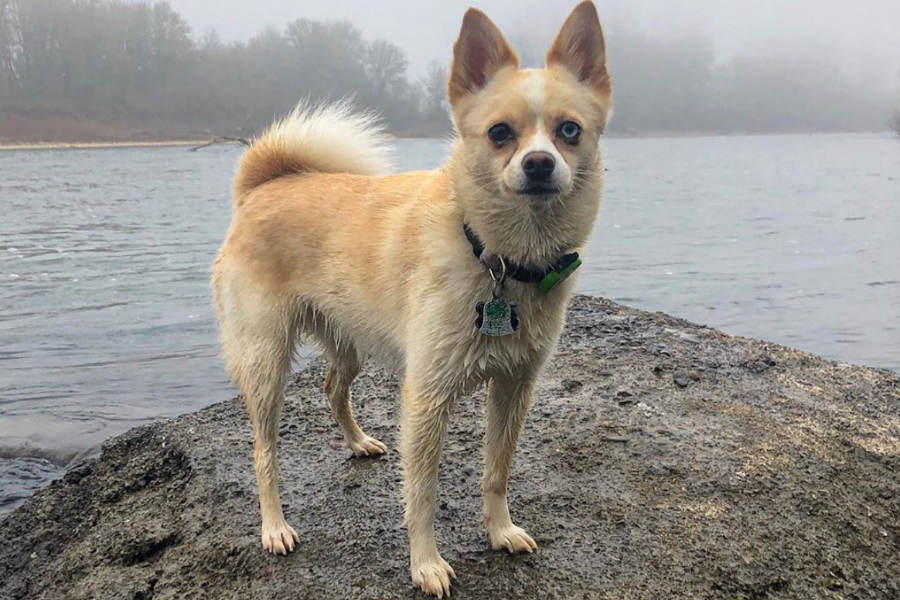 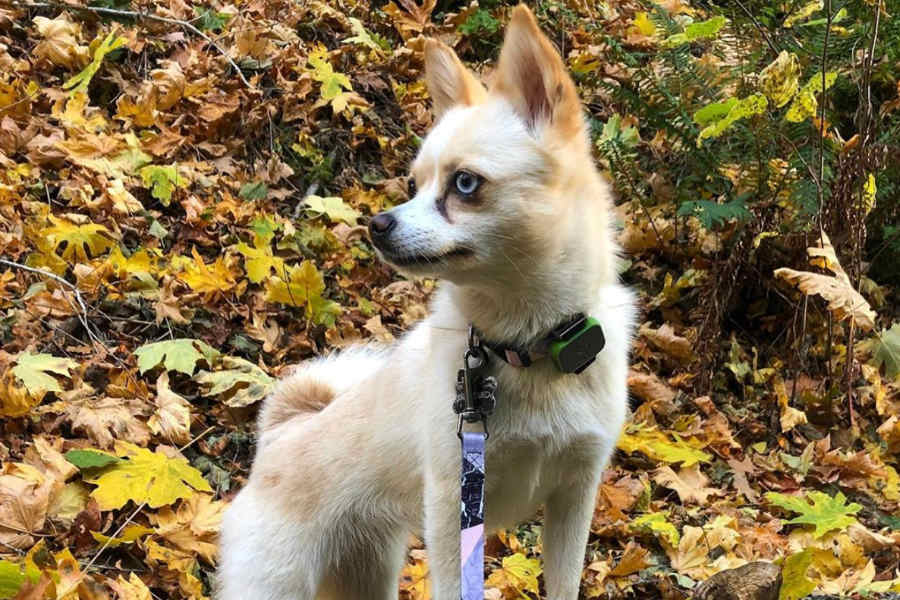 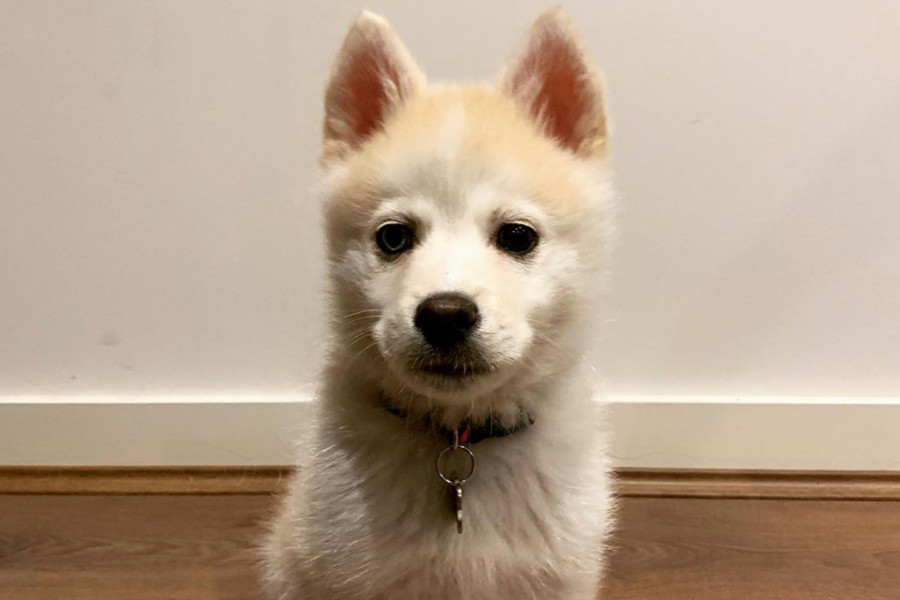 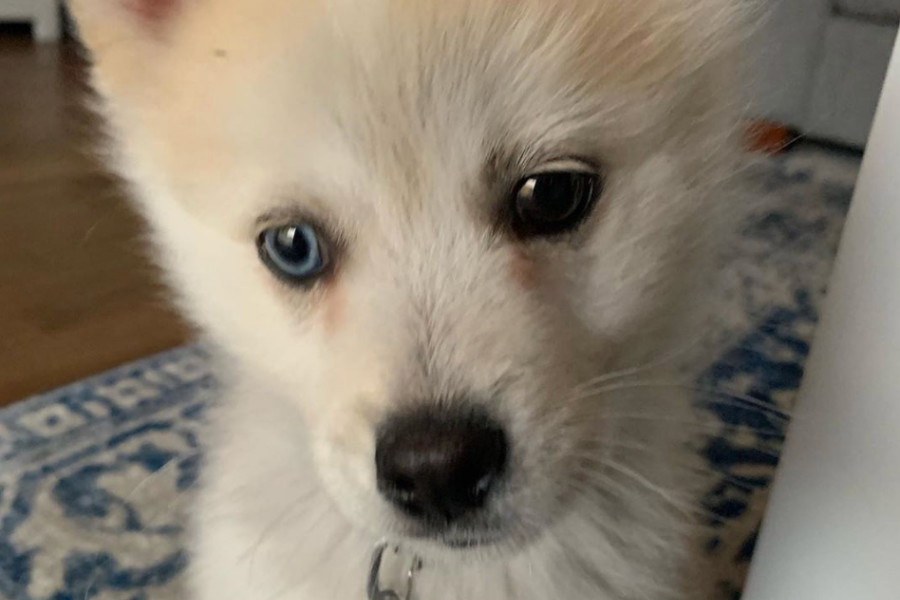 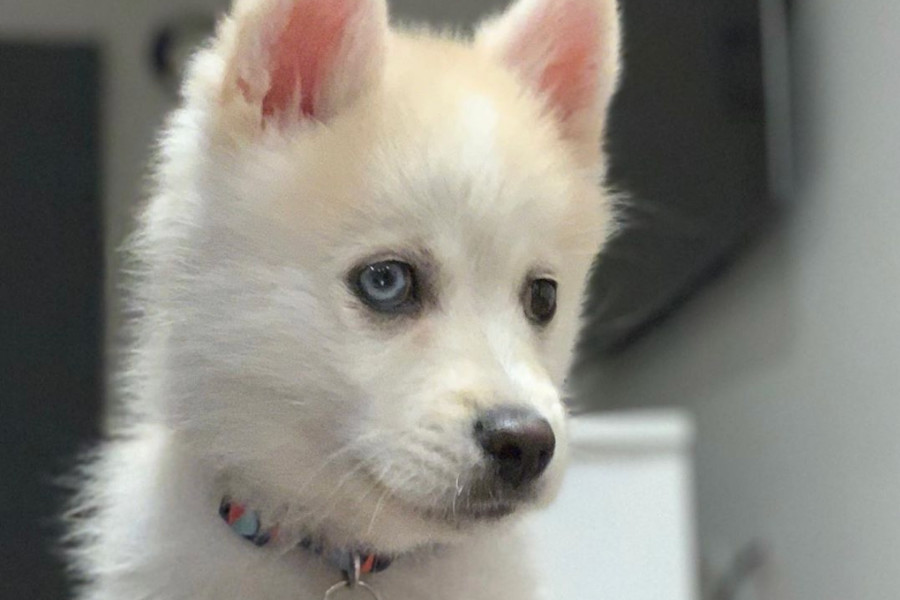 Here are three accounts to check out:

So there you have it, we’ve reached the end of our feature on Pomklee.

You should have a better idea of these crossed dogs after looking at some Pomklee pictures.

The Alaskan Klee Kai Pomeranian mix is rare and we do advise to approach anyone purporting to sell these dogs with caution.

In fact, you may be best served going for a purebred such as an Alaskan Klee Kai or Pomeranian.