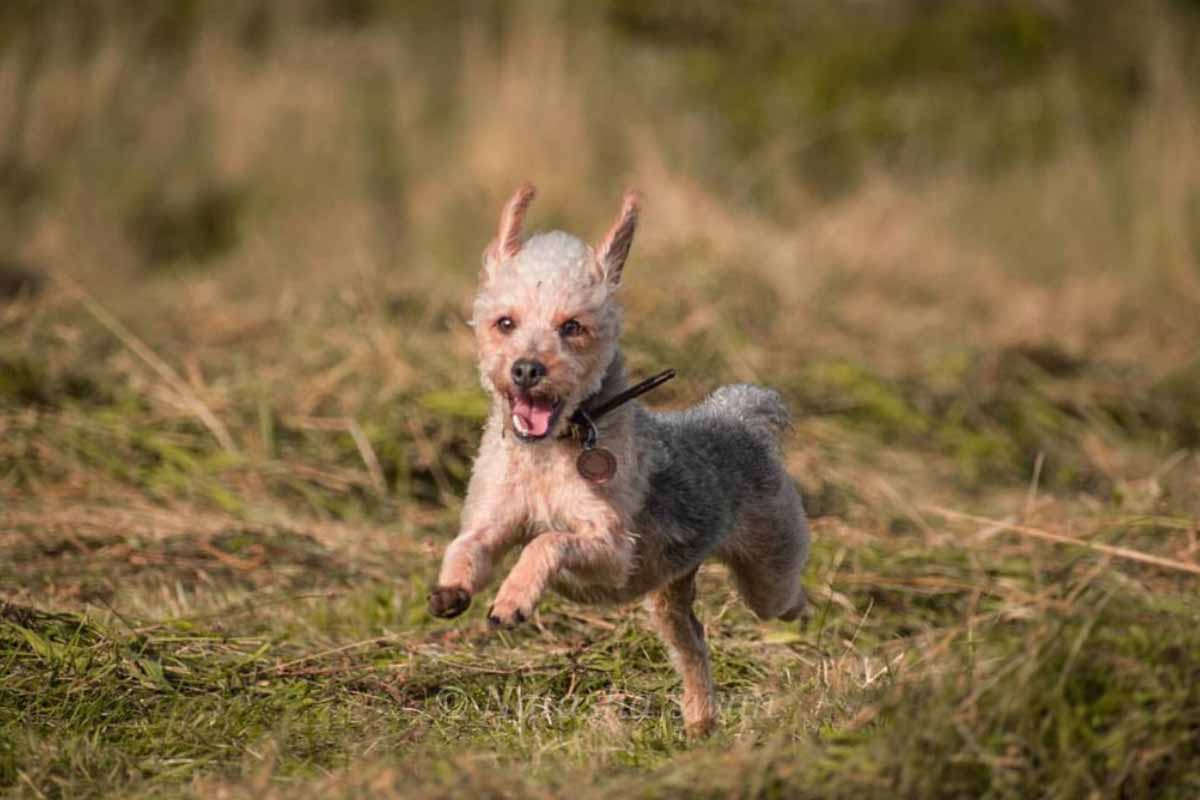 By Kieran Beckles
Updated on 22 November 2022

The Jack A Poo is a cross between a Jack Russell Terrier and a Poodle.

They’re a relatively new hybrid dog breed that is the result of breeding between a Jack Russell Terrier and a Poodle.

Jack A Poo are usually 50% Jack Russell Terrier and 50% Poodle but you may find some Jack A Poos are the result of a cross between a Jack-A-Poo and a Poodle to create multi-generational crosses.

In this article, we’re going to take a look at Jack A Poo pros and cons, learning about some of the advantages and the disadvantages of the hybrid dog breed.

We’ll hear from Natasha who has a Jack A Poo called Jasper (@jackapoojasper), who is a cross between a toy Poodle and a Jack Russell Terrier based in the UK. 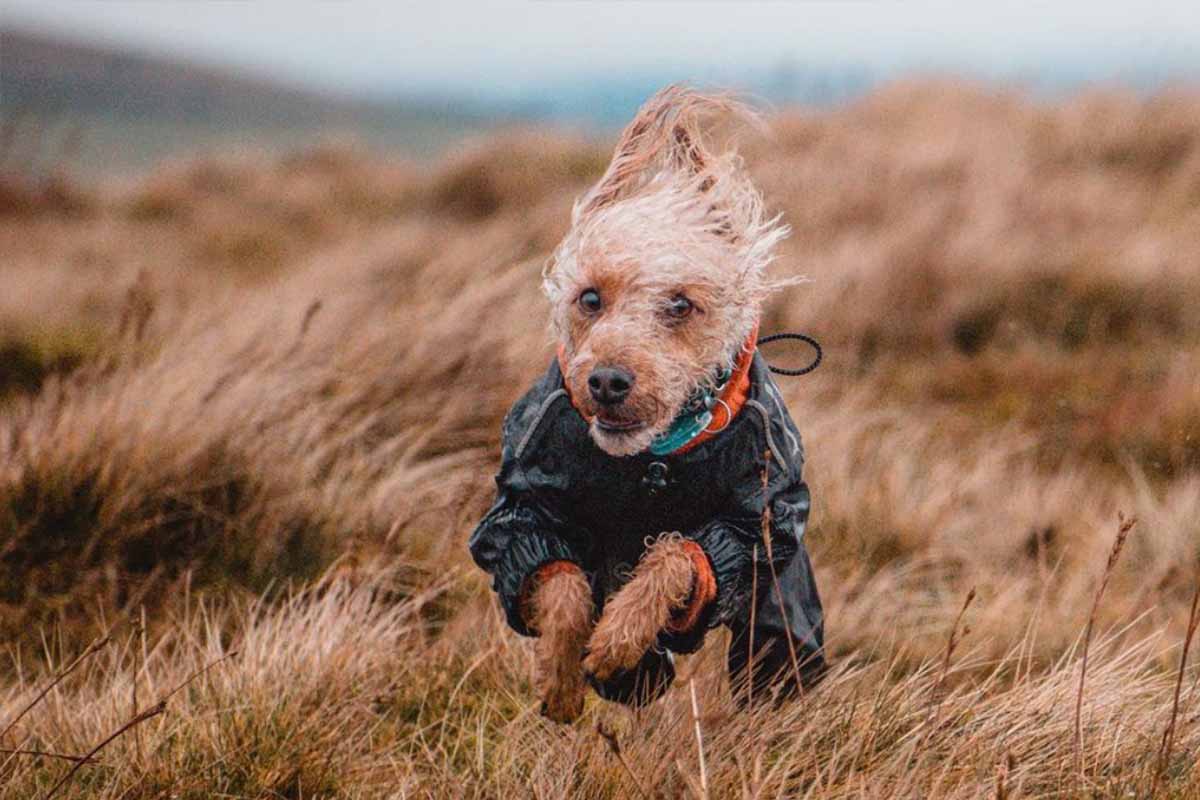 Jack A Poos are a relatively small cross breed – they’ll usually be between 10 and 16 inches tall and weigh from 13 to 25 pounds. As you can see, Jack A Poos are small dogs that won’t take up a lot of room. The Jack A Poo cross can make an excellent choice for dog enthusiasts looking for a cross breed that is small in size and will be happy in an apartment or small home. While Jack A Poos are a small hybrid dog, they require lots of mental and physical stimulation.

Big Dog In A Small Package

As we mentioned in the paragraph above, Jack A Poos are small dogs but they’ve got the mentality of a big dog. Natasha explained that Jasper (@jackapoojasper) has the energy and versatility of a large dog in a small dog’s body.

They are absolutely full of character and energy, sometimes with smaller breeds you don’t get the drive and energy that you often see in bigger dogs. For me this is a pro- I love that he can keep up on long hikes and enjoys a variety of dog sports (such as canicross, scentwork, flyball, agility, tricks etx) however some people would see this as a con not wanting such a high maintenance dog.

Poodles are considered one of the smartest dog breeds in the world alongside the Golden Retriever and the German Shepherd. The Jack A Poo is usually a smart hybrid dog seeing as they’re a mix between a Jack Russell Terrier and a Poodle. Natasha shared that Jasper (@jackapoojasper) is an extremely clever dog.

They’re very clever. Again, for me, I love this as I have been able to teach him all sorts of tricks and behaviours. But on the flip side, if I hadn’t done this, his intelligence could’ve easily gotten himself in trouble as he is curious and would’ve found his own fun. He needs a lot of mental enrichment not just physical activity to stay happy.

If you’ve researched some hybrid dog breeds then you’ll know that they can be quite expensive. Some popular members of the Doodle family such as Goldendoodles, Labradoodles, Cavapoos and Cockapoos can cost a hefty price. This can be dependent on the breeder, the color of the coat, eye color or generation of Doodle. The Jack A Poo is one of the cheaper members of the Doodle family. They’ll usually cost less than $1,000 compared to Goldendoodles, Labradoodles or Cavapoos that can often cost between $2,000 and $4,000. Aside from the initial purchase price of your Jack A Poo, you’ll need to budget for the first year of life with costs such as vaccinations, neutering or spaying and other essentials. 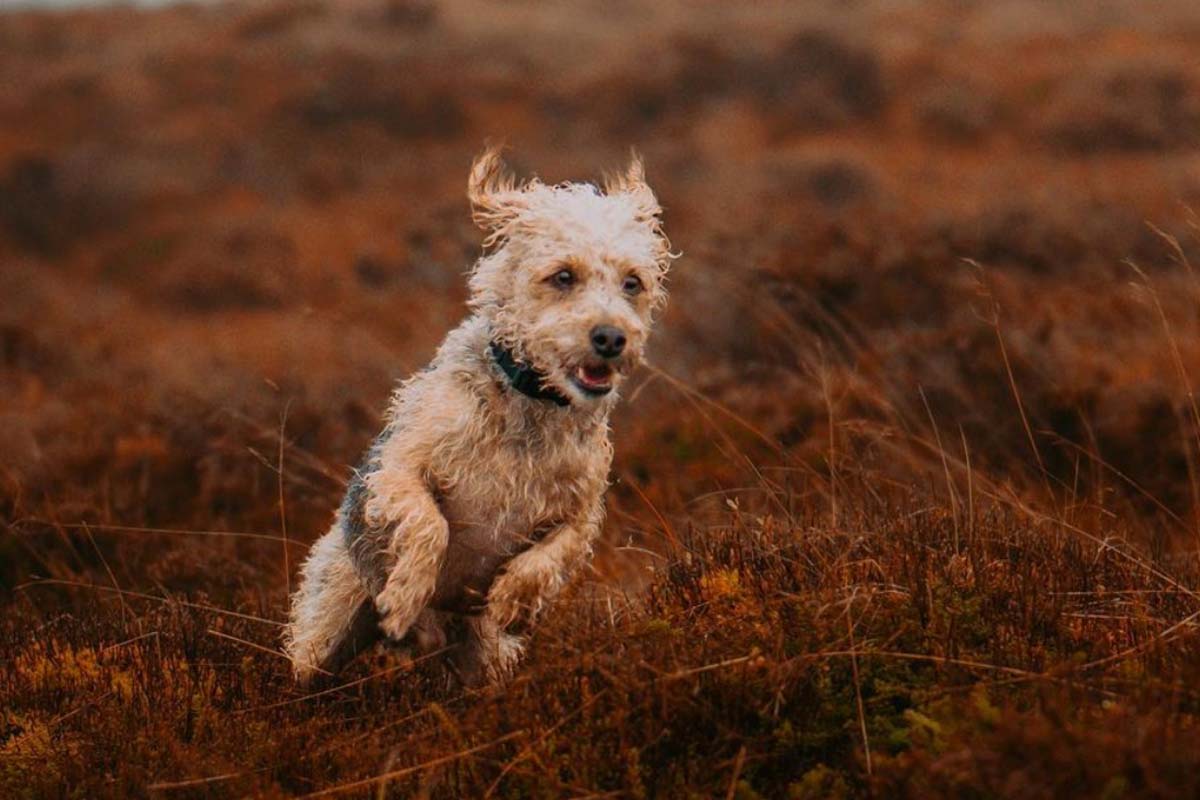 Jack Russells are sometimes stereotyped as a reactive dog breed. While some Jack Russells may have a negative reaction to other dogs, there are plenty of JRTs who are well socialized. The same can be said of the Jack A Poo. Some members of the cross breed could have issues with dogs that they meet at the dog park or on their daily walk. Natasha revealed that Jasper (@jackapoojasper) can be difficult around other dogs.

The Jack A Poos that I’ve met seem to fit into two groups. The overly social ones, they love other dogs SO much but despite lots of sensible early socialisation from well meaning owners they can be a little rude. As they are loud especially when excited/playing this can annoy other dogs, and often due to their small size they jump up at other dogs to get closer to them which again can be perceived as rude.

There is the other group which I see much more of, the reactive ones. These don’t particularly like other dogs and while I’ve never met an aggressive one I have met many that grumble, bathe and lunge when on lead at other dogs. This behaviour can be linked to over excitement, fear or anxiety and isn’t always something that can be trained out.

Natasha shared that Jack A Poo can inherit health problems from both parents so it’s a good idea to check out what potential problems a Jack A Poo owner could encounter with their dog.

They are prone to issues from BOTH breeds – not just one. This includes but is not limited to PRA, IVDD, luxating patella, cushings, addisons, Bon Willebrands, legg-calve-perthes disease, tracheal collapse, dental disease etc.

Some of these issues can be tested for but not all, so knowing if the parents are BOTH health tested is vital, and beyond that the breeder having a knowledge of the other relatives is important too for those issues that aren’t currently testable.

Jack A Poo are an example of an energetic cross breed. They’ve got high energy levels and they’ll require multiple walks a day. As Natasha shared earlier in this article, her Jack A Poo Jasper can keep pace on hikes and walks. While a Jack A Poo is the perfect size for urban housing, they’ll need an outlet to work their brains and tire out their legs. If you don’t provide a Jack A Poo with sufficient exercise, you could have a destructive or rambunctious dog on your hands.

We’ve already discussed one Jack Russell Terrier stereotype in this feature – and another is their tendency to be yappy dogs. Again, not all Jack Russell Terriers bark a lot but there are plenty that do. This trait can be inherited by a Jack A Poo. If you’re looking for a watch dog, Jack A Poos can fit the bill as they’ll raise the alarm if they spot a stranger approaching the home. For prospective dog owners who live in an apartment, a Jack A Poo’s barking is something that will need some training to avoid noise complaints.

Are Jack A Poos good pets? 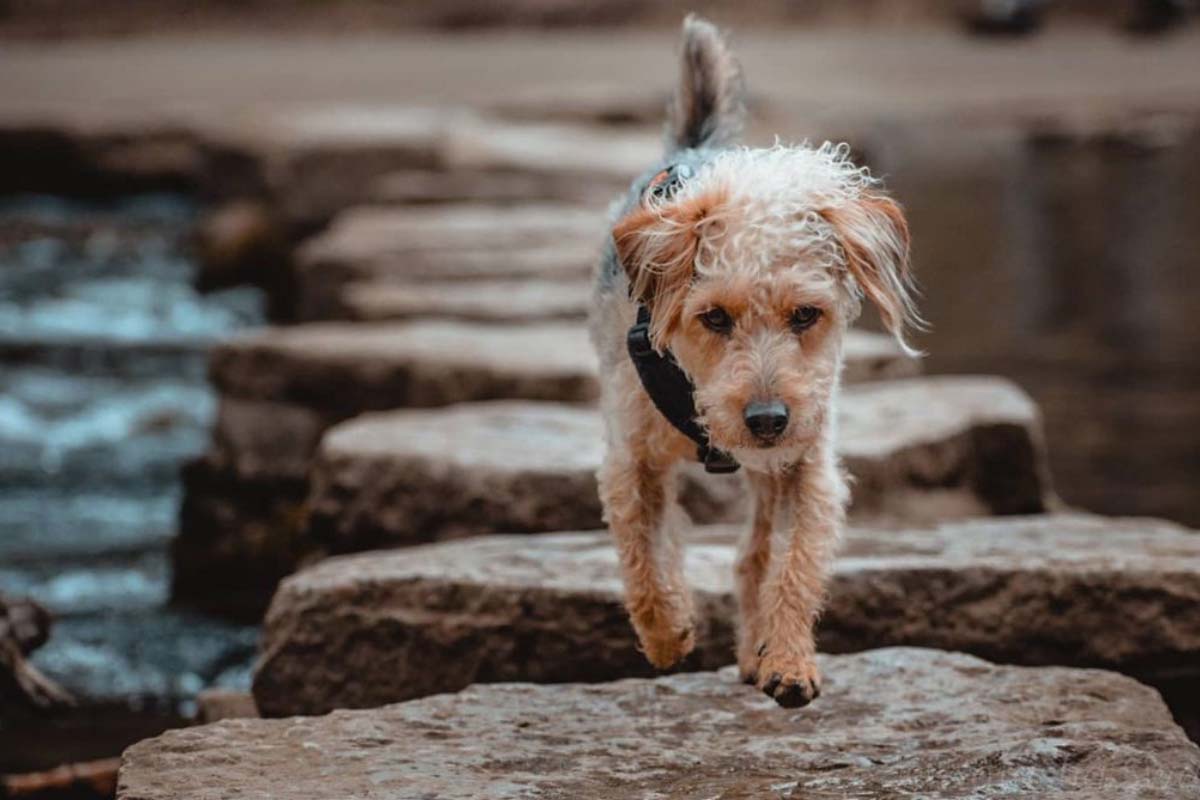 Yes for an active home, with dog experience. I wouldn’t say they are ideal for first time dog owners.

Are Jack A Poos easy to train?

Yes and no. They are very intelligent and can learn many things from basics to quite advanced tricks and behaviours. However they are often not very food motivated and have an independent character so are not always the easiest to train.

How long does a Jack A Poo live?

On average 12-15 but every dog is different no matter the breed.

How big do Jack A Poos grow?

This depends on the size of the parents really. Both Jack Russell Terriers and Poodles come in different sizes.

Does a Jack A Poo bark a lot?

Both breeds that make up the mix are naturally vocal dogs, particularly the Terrier side.

They don’t bark unnecessarily but are definitely alert barkers and often vocal when playing too.

Do Jack A Poos get on with cats? 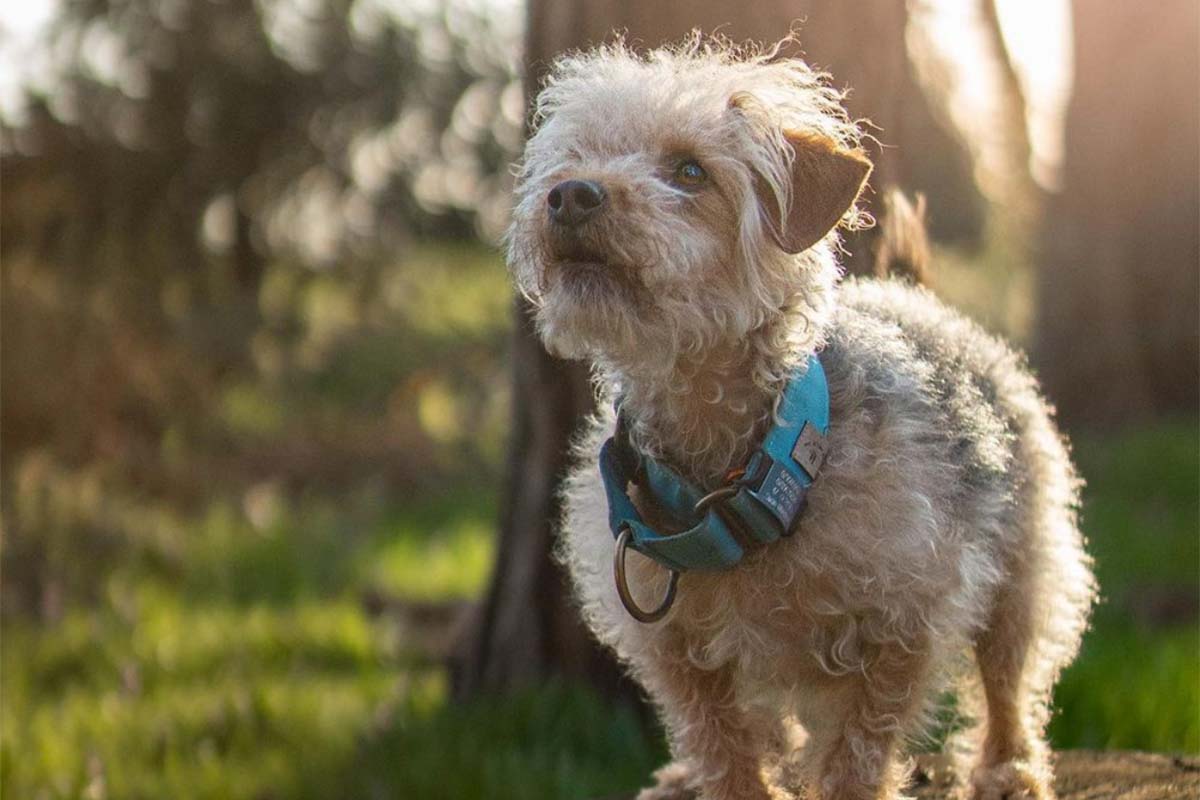 This depends- both on genetics and upbringing. If parents have a high prey drive then I would think twice about getting a Jack A Poo from that pairing as they’re unlikely to coexist with a cat peacefully. However some of this can be mitigated by early calm socialisation teaching the puppy to ignore the cat. Mine does live with two and they’re absolutely fine together, however I am a dog trainer and I would say they are not ideal as a breed if you also have cats, there are better choices.

How often do Jack A Poo need to be groomed?

As a mixed breed, Jack A Poos coat types vary greatly so it really depends on this. Those with shorter or more wiry coats will need less grooming than those with longer or curlier coats. They will likely need daily brushing at a minimum, regular nail clipping and tooth brushing as they are prone to bad dental health. Some of the curlier or longer haired ones may need regular trimming or clipping, which you can learn to do yourself or pay a groomer to do for you.