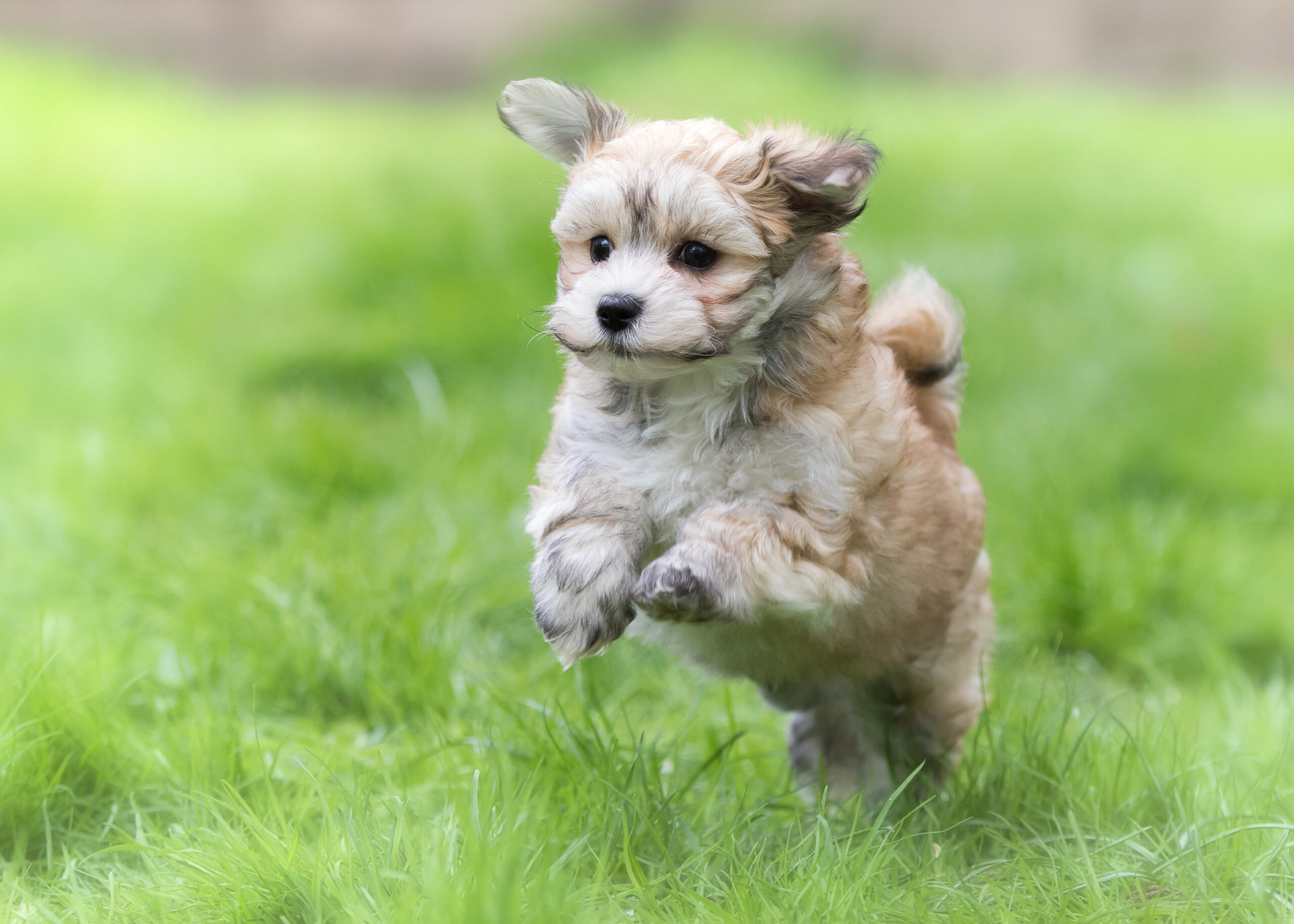 Havanese are a popular dog breed amongst city dwellers.

Their compact size and relatively low exercise requirements make them an ideal companion dog for pet lovers who live in apartments.

The Havanese has seen their stock rise over the past 60 years since the Cuban Revolution.

Lap dogs of Cuban aristocrats for centuries, well-to-do Cuban refugees brought their companion dogs to the USA in the 1950s and 1960s.

As a result, the Havanese enjoyed a surge in numbers and popularity in the United States.

The American Kennel Club list the Havanese as the 24th most popular breed in the country.

In this article, we’ll take a look at the pros and cons of the Havanese breed. 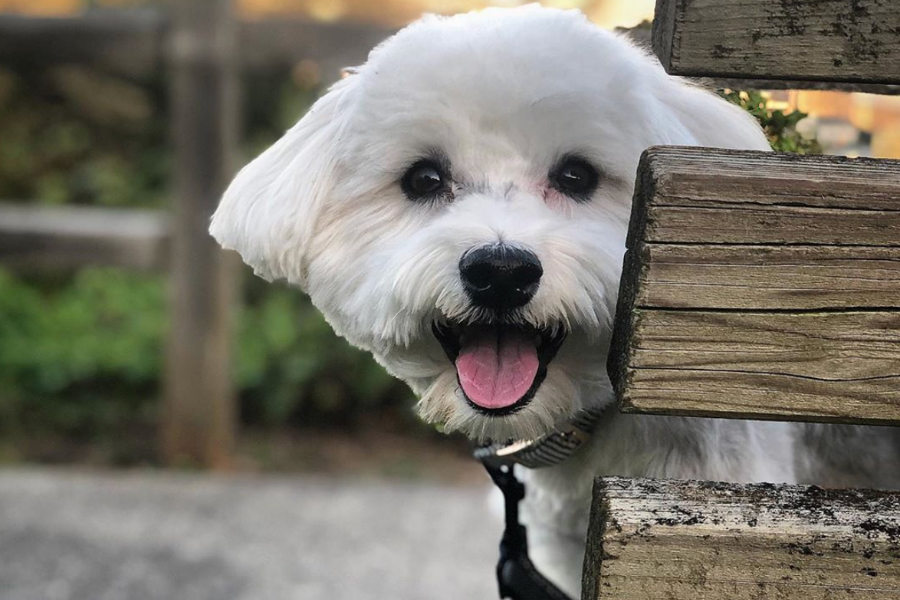 Havanese have a reputation for being extremely friendly and welcoming dogs. The breed can become attached to their dog owners. Described as a lapdog for the aristocrats and high society in Cuba over the past few centuries, these dogs are accustomed to showing affection and love to their pet parents. They’re a sociable breed that usually do well when it comes to meeting new people and new dogs. Having said that, you’ll need to socialise your Havanese dog from a young age to make sure they become accustomed to different people and situations. You don’t want your Havanese to become overly shy.

A new Havanese owner described her pup as a sweetheart.

She is a sweetie! She loves kids and people, but she can take a while to get brave and approach.

If you’re looking for a dog that will do well in an apartment in the city, you may want to consider the Havanese breed. These dogs are relatively small in size: they can grow to a height ranging between 8.5 inches and 11.5 inches, while they don’t weigh more than 7 to 13 pounds. The American Kennel Club describe these fluffy dogs as popular amongst American city dwellers. The organization go on to add that the Havanese are an ideal city dog as long as they receive plenty of attention and love.

When you’re looking at the characteristics of the Havanese breed, the standout trait is their companionship. These dogs have acted as vivacious and sociable companions for centuries. The chirpy canines likes to be in the company of their pet parents, leading to them sometimes being described as “velcro dogs”. Ranked 24th out of 191 dog breeds in the AKC popularity stakes, the Havanese were native lapdog of Cuba’s aristocrats and wealthy planters. In modern culture, they made their way to the USA in their droves during the Cuban revolution in 1959. Their numbers have exploded and they’re a popular companion dog.

[This] could not be more true! If Einstein could only do one thing for the rest of his life, it would be sitting in my lap kissing my face. He is loyal almost to a fault, and attached to my heels wherever we go.

Havanese have a reputation for being relatively easy dogs to train. Generally it’s a good idea to start training your Havanese puppy at a young age, whether it’s puppy manner classes, socialisation sessions or one-on-one training with a dog trainer. They’re usually highly intelligent and eager to please their pet parents. However, the American Kennel Club stress that these dogs are easy to train as long as positive training methods are used. Described as a sensitive breed, the AKC don’t recommend harsh reactions to these dogs. The organization add that “gentle, patient training” will lead to a great companion dog.

A Havanese owner on Reddit revealed his experience training a member of the breed.

They respond well to training with a lot of activity (history of use as circus performers, for instance), as opposed to boring old obedience training.

Although the Havanese are a toy breed, they’re a relatively sturdy dog in comparison to other breeds of a similar size. This could be an important consideration if you’re thinking about introducing a Havanese to a home with children. Of course, they’ll still need to be educated about how to handle these Cuban dogs with care, they should do better than some other more delicate breeds such as the Maltese.

Don’t need a lot of exercise

Havanese don’t have big exercise requirements. As a result, the breed make great pets for the older generation who may have limited mobility. These dogs will do fine with short walks. Alternatively, they’ll be happy to stretch their legs for a short spell in the garden or yard. If you live in an apartment, some playtime with your dog can tire them out.

We go for a little walk every day, sometimes we have dog park time too. In the very rainy season, we may stay in for a whole day and Einstein is just fine.

A Reddit user explained that her Havanese does get bursts of energy.

She’s very playful when she wants to be. A lot of the time she’ll lounge around doing next to nothing, but then she’ll get large bursts of energy sprinting around and shaking her toys to death. 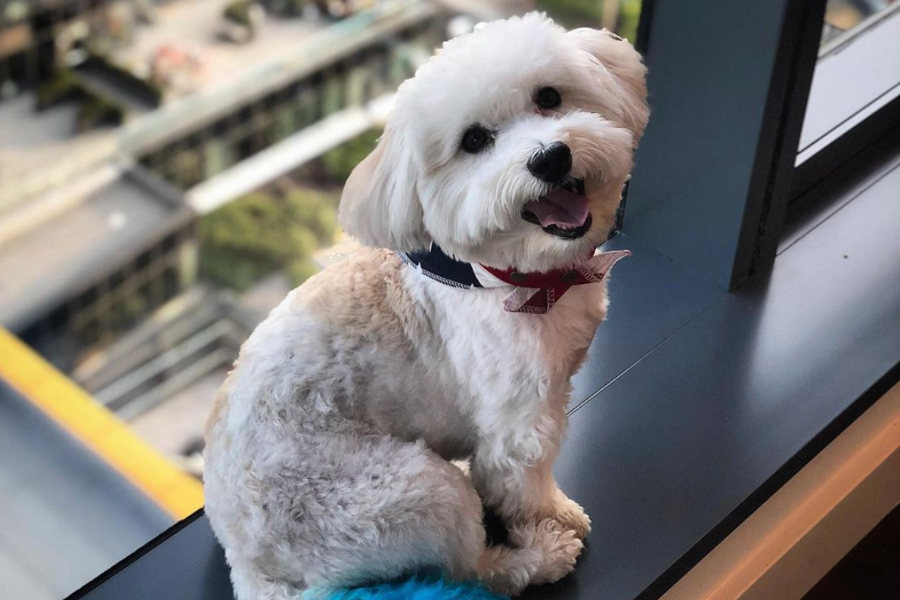 Although Havanese a usually easy to train, their Achilles heel appears to be potty training. Dog owners will need to have a lot of patience as they house break their Havanese pup. Due to their small size, Havanese don’t always know that they need to go outside. You may want to consider a litter box and cat litter to encourage your Havanese to use this designated area to go potty inside the home before you slowly transition outside.

A Havanese owner shared some of their experience with potty training.

Havanese are very intelligent, with that comes some stubborn behavior like potty training and learning manners. I always say a true sign of intelligence is when a dog understands you, then thinks about it and considers their options.

Havanese will wrap you around their little paw and train you rather than you training them. Potty training takes longer and will be an issue, but then BAM one day they decide to stop going inside, they will never have another accident inside again.

So by this stage, you’ll know that Havanese are hypoallergenic dogs that don’t shed a lot. This is undoubtedly a perk of the breed. The flip side is the Havanese have a lot of grooming requirements. Most Havanese owners will brush their dogs on a daily basis to prevent their silky coats from becoming matted and tangled. Their long hair can drag along the ground collecting dirt and debris. The American Kennel Club recommend bathing your Havanese at least once a month.

They require lots of grooming so you’ll need to get a puppy cut every six months, or get comfortable with grooming every other day. Also if you like the great outdoors, be warned, your dog’s coat will pick up every leaf and branch she walks over.

Tying into our previous point, Havanese can be quite costly to upkeep. This can depend on how much time you can dedicate to their grooming regime. You may prefer to take this Cuban canine to a professional groomer to ensure their coat remains in tip-top shape.

Einstein has very mild separation anxiety. He doesn’t like being apart from me, but he’s usually very good about it. I have heard from other Hava owners that their pups are not as easy going about time apart.

Havanese definitely have separation anxiety but if you work on leaving them alone little by little it can be OK. I work from home currently and now I leave my 6 month old puppy downstairs in a play pen most of the day while I am working upstairs and he does just fine. He just plays with his toys and then sleeps. He is fine with me leaving out the front door and going upstairs. But going into the backyard without him he starts freaking out.

Havanese are sometimes stereotyped as dogs that bark a lot. If you do research on the breed online, you’ll almost certainly encounter this breed trait. However, this could be interpreted as Havanese being great watch dogs that will alert their pet owners to any movement outside the home. If you like the idea of a watchdog, you may not be bothered by your dog announcing the arrival of strangers. Of course, not all Havanese bark a lot and they can also be trained not to do it.

Einstein barks when he wants to play with someone who is ignoring him (rarely happens! He is hard to ignore), he barks at strangers who come to the door, and sometimes at very big dogs too. On a regular basis though, he’s very quiet.

Lene revealed that her Havanese found his voice at six months old.

Mine was so quiet when he first got home, we thought we lucked out (lol). Since around 5.5-6 months old, he’s found his voice and decides that he really loves it, and is now barking SO MUCH. Doesn’t really bark at home when nothing is happening. He usually barks when he sees a pedestrian or other dog walking near us. LOVES barking at the dog park. It’s not a problem with other dogs since he plays really well with them, but if his playmate runs way faster than him and he can’t catch up or if they start playing with someone else, he’ll bark up a storm.

These smart little dogs have also got a reputation for being stubborn, particularly when it comes to potty training. They’re usually described as “mildly stubborn”. As a result, you will need to employ a gentle and patient approach to training your Havanese out of unwanted behaviors.