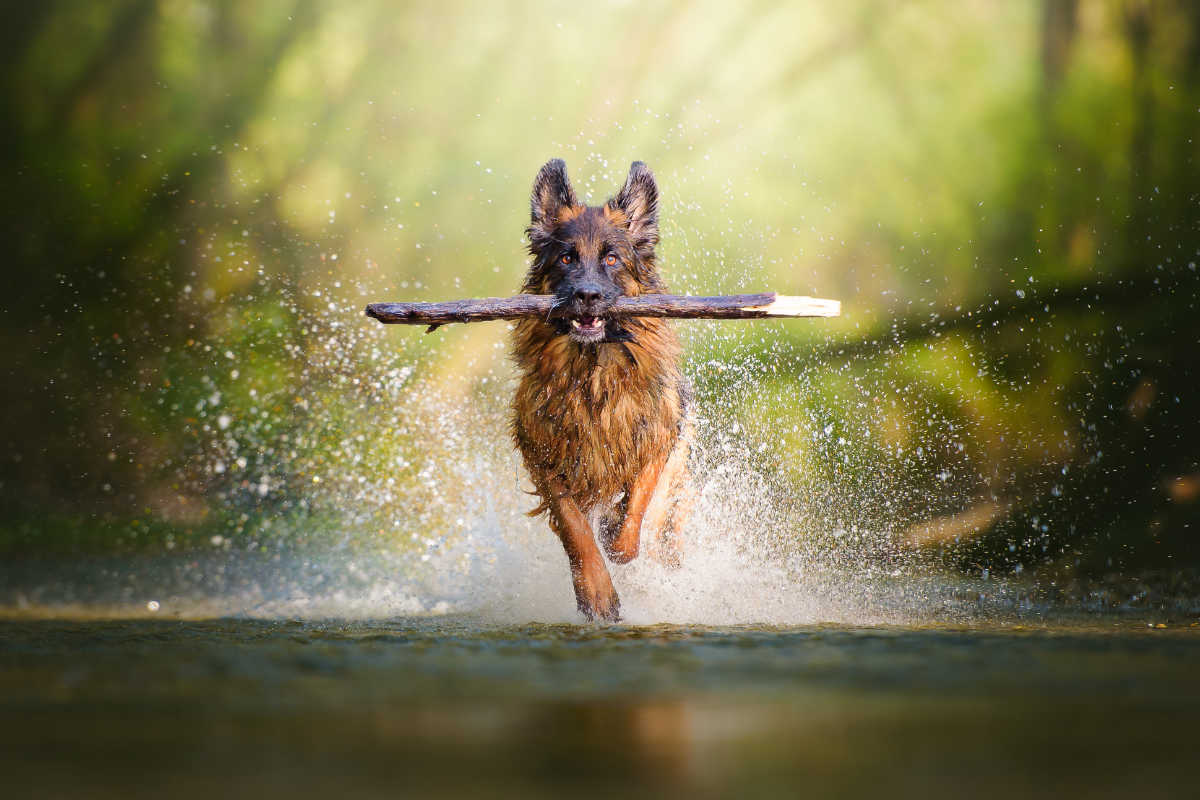 German Shepherds are a popular breed around the world.

These German dogs fulfil a number of important roles in our society, such as a family pet, acting as a guard dog or even working with the police and military.

It’s little wonder that GSDs make up nearly five per cent of the dog population in the United States – that’s 3.5 million out of 78 millions canines in the USA.

Not only do German Shepherds have a reputation for being loyal dogs, but this hard-working breed rank amongst the top 10 most intelligent pooches in the world.

In fact, only the Border Collie and the Poodle are considered smarter dogs than the German Shepherd. Their high IQ levels explains why they’re used in such important roles in our society.

One big question that dogs owners will naturally have before they get a German Shepherd is whether they shed a lot, or if GSD are considered hypoallergenic.

In this article, we’ll take a close look at the German Shepherds, particularly their coats, shedding and the maintenance required to keep these dogs in top shape.

Where do German Shepherds come from?

German Shepherds date back to the 1890s in Germany.

The breed started thanks to an ex German military captain called Max von Stephanitz. He wanted to create his ideal breed for herding.

Von Stephanitz happened upon a dog named Hektor Linksrhein at a dog show in 1899 and he managed to acquire the canine to lay down the breed’s foundation.

GSDs were renamed to Alsatian Wolf Dogs in England during wartime due to fears that their association with Germany would be damaging to their popularity in the United Kingdom.

The German Shepherd was recognised by the American Kennel Club in 1913. In 1977, their English counterparts switched their official name back to German Shepherds from Alsatian.

These working dogs have played a big role in society throughout the past century or so. The German Shepherd was the first blind eye dog in the United States. They continue to work alongside police and military forces.

How big do German Shepherds get?

Males can grow to a height of 65cm, while females can be as big as 60cm. They usually weigh between 22 and 40 kilograms depending on the sex.

Given their size, these dogs have quite substantial coats that cover their large frames.

If you’ve ever thought about a German Shepherds as a potential pet, you’ve probably researched the pros and cons of the breed.

While there are a lot of pros, such as their bravery, intelligence and loyalty, you’ll find quite a few cons too.

Perhaps the biggest black mark against German Shepherds is shedding. This German breed have an outer and under coat.

The GSD are notorious shedders, so if you’re thinking about one of these dogs for your family home or apartment, be prepared for lots of hoovering.

German Shepherds shed 12 months a year. So you’ll need to regularly groom these dogs to maintain their health (and beauty) of their coats.

The AKC suggests that a quick brush every couple of days should help to get rid of dead or loose hairs in a German Shepherd’s coat.

Furthermore, a GSD’s coat will blow out at least once – possibly twice – a year. This can be a particularly challenging time for a German Shepherd owner with your dog leaving a trail of hair behind them. You’ll spot little balls of hair in random places, such as on the stairs, behind the couch and in corners of rooms.

The AKC recommend regularly brushing when your dog is seasonly shedding to keep on top of the fur balls, adding that it should help to control the amount of hair that ends up around the house and on the furniture.

Why do German Shepherds shed? 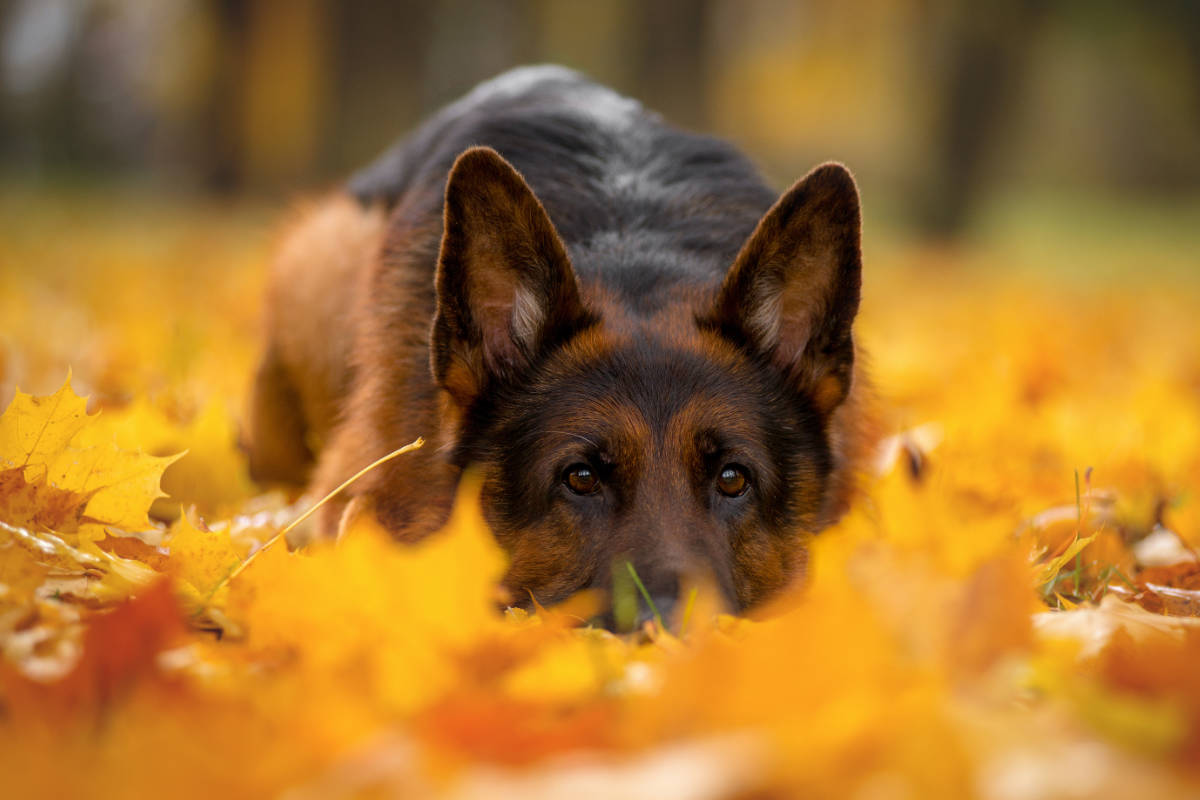 As we mentioned above, German Shepherds have an outer and under coat. The outer coat is made up of thick, coarse hair. The inner coat is thicker and is designed to provide insulation during the colder months.

The outer coat is responsible for the year-round shedding. The under coat will blow out once or twice a year, which is when GSD owners will need to get the brush out on a daily basis to stay on top of the shedding.

These blowouts are usually the result of the seasons changing. For example, a German Shepherds will get rid of its winter coat at the start of the summer months.

According to Canna Pet, German Shepherds are more likely to shed a lot heavier during the summer months rather than the winter months.

A term you’ll often hear or see with regards to dog breeds is “hypoallergenic”.

For dog lovers who have an unfortunate allergy to canines, hypoallergenic breeds can be a good lifeline.

However, the AKC clearly state on their website that there is no such thing as a 100 per cent hypoallergenic dog.

While some dogs do shed a lot less than other breeds, which can be beneficial to people with allergies, dog hair isn’t the only trigger.

In fact, dander (dead pieces of dog skin microscopic in size) and salvia tend to be big triggers for those with an allergy to dogs.

The AKC do recommend 19 breeds of dog that are more “hypoallergenic” than other canines – but the German Shepherd is not included on this list.

It’s little surprise given the GSD sheds all year round.

We’ve looked at a human’s potential allergy to German Shepherds, but this majestic German breed are also quite prone to allergies of their own.

German Shepherds can suffer from a variety of skin allergies, which can be triggered by a flea bite, food allergy or something in their environment.

Symptoms of a skin allergy include persistent itching and scratching – or in some cases, biting and chewing in the irritated area.

If you’ve got any concerns about your German Shepherd and a potential allergic reaction, you should immediately contact your local veterinarian for a check up.

While German Shepherds do shed a lot, there are a lot of perks to the breed.

They’re quite easy to train thanks to their high intelligence levels. Usually, they’re quick to learn new commands and follow instructions.

German Shepherd are loyal to their owners and will protect the family home. Their bravery and courage make them world famous guard dogs. 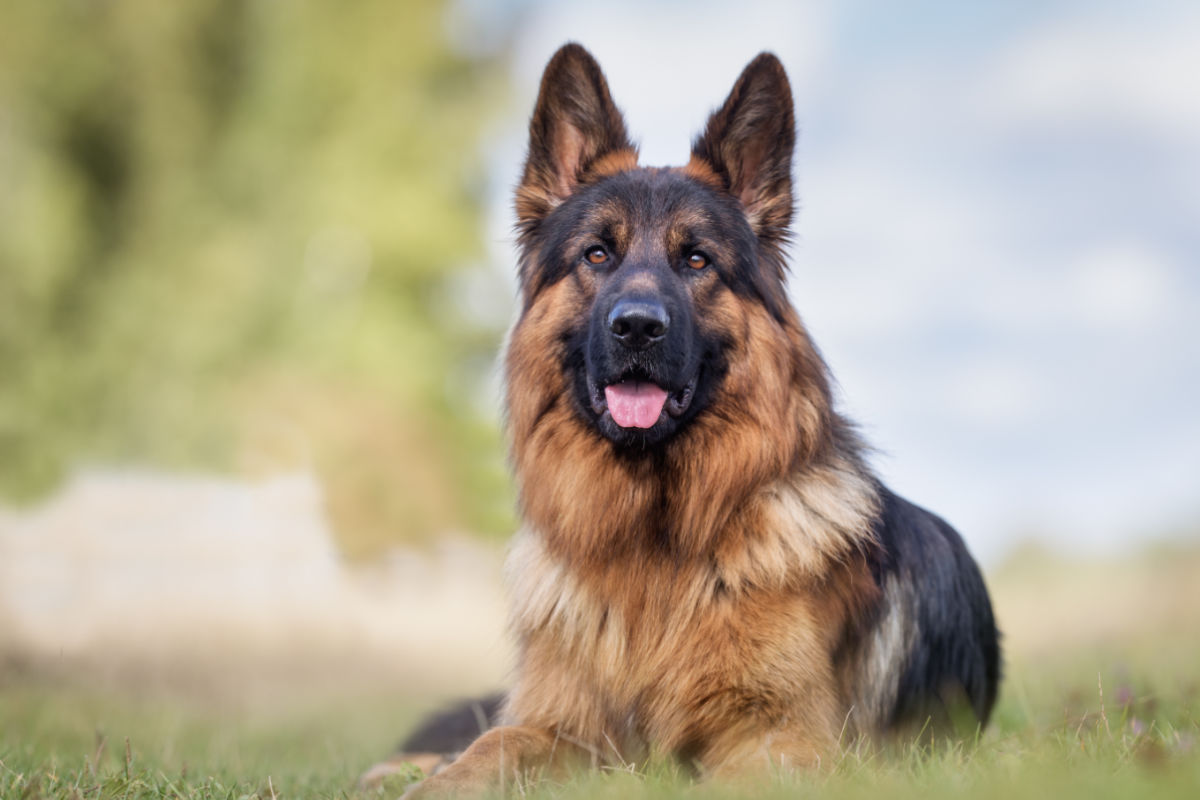 However, they shed a lot so be prepared for regularly grooming if you’re considering a GSD as the pet for you.

They have an outer coat that tends to shed all year round, while their inner coat will blow out at least once and potentially twice a year.

While these can be challenging times for a German Shepherd owner, daily brushing can help to limit the amount of fur that is left on your clothes, furniture and the carpet.