The Difference Between Alaskan Klee Kai, Mini Husky And Pomsky 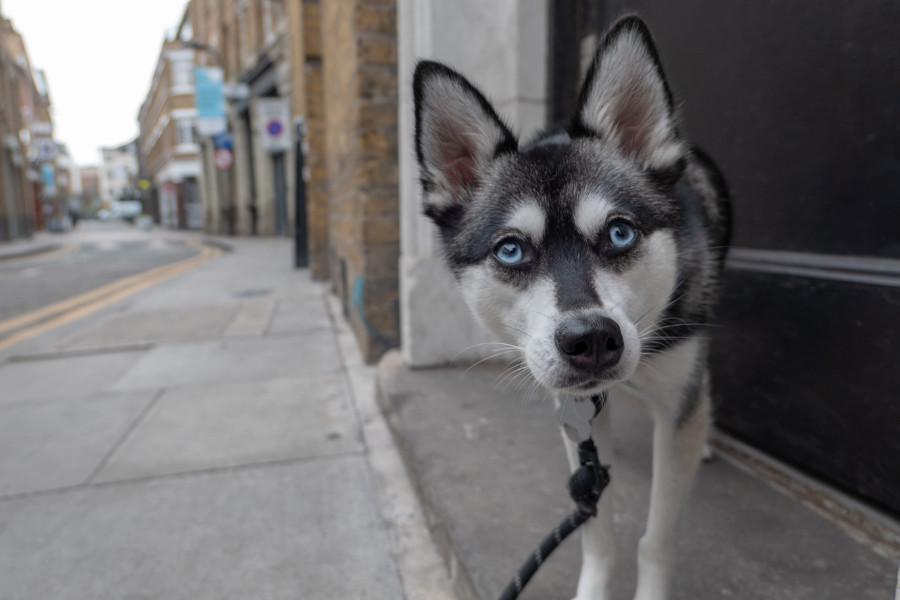 If you’ve ever encountered one of these canines, there’s a good chance you were left a little confused or surprised.

Alaskan Klee Kai are a purebred dog created in Alaska in the 1970s to be companion-sized Alaskan Huskies.

Mini Huskies are undersized Siberian Huskies that have been bred together to create a small dog.

A Pomsky is a cross between a Pomeranian and a Siberian Husky.

In this article, we’re going to take a close look at the similarities and differences between Alaskan Klee Kai, Mini Husky and Pomskies.

So let’s take a closer look at these three different types of dogs.

Alaskan Klee Kai are a relatively new breed of dog that was created in the 1970s by an American lady called Linda Spurlin.

The UKC granted the Alaskan Klee Kai status in 1997.

What is a Mini Husky?

The Miniature Husky was created by a lady called Bree Normandin in 1990s – so they’re a younger breed than Alaskan Klee Kai. They’re smaller sized Siberian Huskies. The northern dogs can trace their history back to the Chukchi people in the eastern peninsula of Russia.

Normandin wanted to create companion-sized Siberian Huskies so she was extremely selective about what dogs she bred together to build out her stock of Mini Huskies.

What is a Pomsky?

Pomsky is a cross breed between a Husky and Pomeranian (Photo: Adobe Stock)

The Pomsky is a mix between a Siberian Husky and a Pomeranian. Siberian Huskies are largely responsible for the wide variety of colors in the hybrid dogs, while Pomeranians were used to reduce their size.

These designer dogs are even younger than the Alaskan Klee Kai and Mini Husky. The Pomsky is reported to have originated around 2009 before the first Pomsky puppies were born in 2012.

A Pomsky is not a purebred dog despite being described as a “designer breed”.

Alaskan Klee Kai are striking little dogs that are sure to get attention wherever they go. They come in three main colors: black and white, gray and white and red and white. Although there are white Alaskan Klee Kai, the UKC’s breed standard describes white coats as a fault. They can have brown or blue eyes, bi-eyes (one brown, one blue) or parti-eye (brown and blue in one eye).

Seeing as the Mini Husky is a smaller version of the Siberian Husky, they naturally have the same colors as their northern relations. Mini Huskies can be black and white, gray and white, red and white and white. Their eyes can be blue, brown and amber.

Pomsky can come in a wide variety of colors and coat patterns. There is an enormous amount of diversity within these mixed dogs. The colors include black, gray, cream, white, fawn and brown. They’ve also got striking eyes which can be blue, hazel, brown and amber in color.

Pomsky are usually between 10 and 15 inches tall depending on the sex of the dog. Their weight can range from 20 to 30 pounds.

Alaskan Klee Kai were bred to be companion-sized dogs so they’ll usually relish the company of their dog owner. Having said that, some Klee Kai can be aloof and shy around people they don’t know. For that reason, socialisation from a young age is imperative.

They’ll require consistent training as a puppy right up until adulthood and beyond. Alaskan Klee Kai are smart dogs that are eager to please but aren’t afraid to outthink their owner or vocalise their unhappiness.

Some Alaskan Klee Kai suffer from separation anxiety. This condition manifests itself as persistent barking or whining, destructive chewing or digging, and in some extreme cases, defecting inside the home.

The northern breed can have a high prey drive so they’ll need recall training to ensure Klee Kai are receptive to their owner’s commands and don’t go chasing after small animals. Some breeders recommend keeping them on a leash.

Seeing as Mini Husky are just smaller Siberian Huskies, we can look at these sled dogs to get an idea of the personalities of their smaller relatives.

Mini Husky should be high spirited and social dogs that like to meet new people and new dogs. For that reason, they don’t make good guard dogs. They like to be in the company of humans. If they are left alone for too long without mental stimulation, they could resort to behaviours consistent with separation anxiety.

With a high prey drive, they have been known to find escape routes out of the back yard and garden in pursuit of a rabbit or squirrel. You’ll need to ensure that you property is secure before bringing home one of these Mini Huskies.

Pomskies are funny dogs that are sure to put a smile on your face. The hybrid dogs can develop a deep bond with their owners. Pomskies love to be around their family, especially whoever they become most closely attached to.

They’re smart dogs but have earned a reputation for being stubborn at times. As with any puppy, you’ll want to bring a Pomsky puppy to training to teach them obedience and basic skills.

They’ve also got a high prey drive like Klee Kai and Mini Husky.

Alaskan Klee Kai usually cost between $1500 and $3000. The price can vary depending on their eye color or coat color. If you see a Klee Kai advertised for less than $1500, you should approach with caution. You cannot buy an AKK in a pet store or online from a third party breeder. The Alaskan Klee Kai Association of America list 50 breeders who can be contacted if you’re interested in puppies.

Mini Huskies can cost between $950 – $1450 but they’re not a common dog breed, so you may have difficult locating a breeder near you. You should check out your local rescue shelter or rehoming organisation that have a focus on northern breeds such as Siberian Huskies.

Pomskies are expensive little dogs. Seeing as the breed only started in 2009, there is a lot of discrepancy in the price of these “designer dogs”. You should expect to pay at least $2000 for a Pomsky. The Pomeranian Club of America warn that there are a lot of scams involving Pomskies.

There are not a lot of people having any success breeding these guys and even fewer that are doing it right so you will more than likely have to have a puppy shipped to you and will need to be patient if you really want a quality Pomsky. Just remember that if it sounds too good to be true it’s probably a scam.

Alaskan Klee Kai, Mini Husky and Pomsky do have quite a few traits in common. This shouldn’t come as a surprise seeing as they’ve all got varying levels of northern heritage.

They’ve all got a high prey drive so present a genuine flight risk when off the leash if they see a small animal that they want to chase.

The three different types of dogs have earned reputations as escape artists. Their curiosity and prey drive means they’ll find a way to get loose if you haven’t properly secured your back yard or garden.

They’re all vocal. Alaskan Klee Kai make a woo-woo sound, while Mini Husky and Pomsky make a howling sound when they’re attempting to communicate with their pet parents.

If you’re planning to own a Klee Kai, Mini Husky or Pomsky, you’ll need to ensure they get between 45 and 80 minutes of exercise a day.

They’re all moderate to high shedders that have double coats. They’ll blow out their inner coats twice a year at the changing of the season.

None of the three dogs are hypoallergenic.

Although there are similarities between all three dogs, there are some key differences too. Mini Husky tend to be more sociable and accepting of people they don’t know. Alaskan Klee Kai and Pomsky can be more aloof and suspicious.

Alaskan Klee Kai are purebred dogs recognised by the UKC (since 1997). Neither Mini Huskies nor Pomskies have been granted status as a breed by the AKC or UKC.

In our experience, pet parents are usually helpful and forthcoming with information on Instagram to help would-be owners.

If you’re thinking about one of these dogs as a pet, you should contact a breeder to learn more about each individual breed.

We recommend sourcing a puppy directly from a breeder rather than a pet store, an online pet store or a third party dealer.

You should always ask to see a puppy with its mother as well as relevant health and veterinarian documents.

Most reputable breeders will ask you to fill out a detailed questionnaire and require a deposit to be placed on their waiting list.

We’ve come to the end of our introduction the Alaskan Klee Kai, Mini Husky and Pomsky.

Alaskan Klee Kai, Mini Husky and Pomsky are three different types of dogs with their own physical and personality traits.

As you can see, the three dogs have some similarities but also some differences.