A Dachshund runs in the park (Photo: Adobe Stock)

Dachshunds are one of the world’s most popular dog breeds.

They may be small dogs but they’ve got big personalities which make them a popular pet in the USA, UK and around the world.

However, as with any dog irrespective of breed or mix, Dachshunds have their fair share of pros and cons.

In this article, we’re going to take a look at some of the advantages and disadvantages of owning a Sausage Dog.

We’ll also hear from some Dachshund owners to get their firsthand experience of the breed. 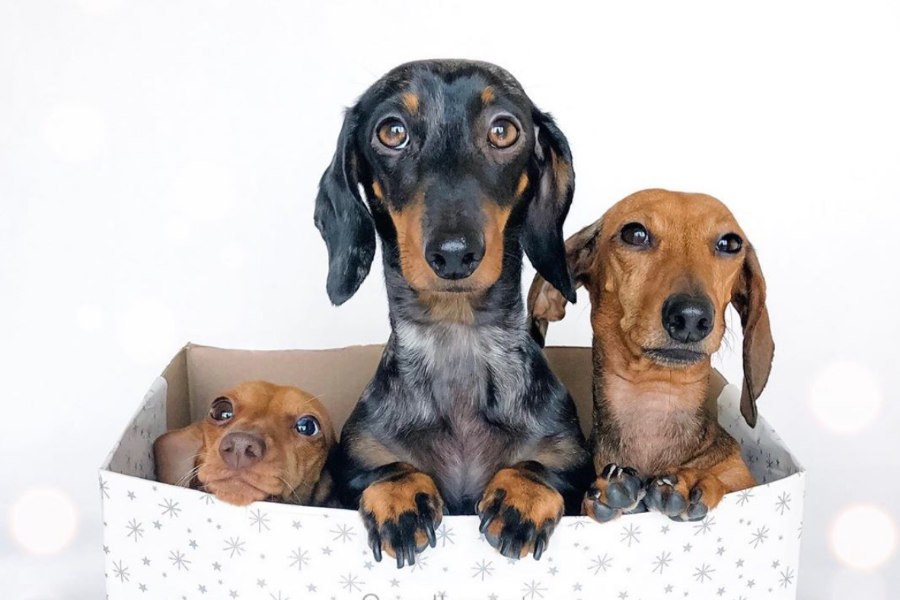 Dachshunds quickly become attached to their human companions given their love of company. These German dogs are extremely loyal and will follow you around the house all day long. They love to cuddle under the covers, making them the perfect dogs for those lazy days after a tough week at work. They have a unique sense of humour, so you can rely on these dogs to put a smile on your face.

Maya the Dachshund explained more in her interview on our website.

They make the perfect lap dog and companion. Once you’ve had one you will find it hard to have another breed.

Sociable with other dogs 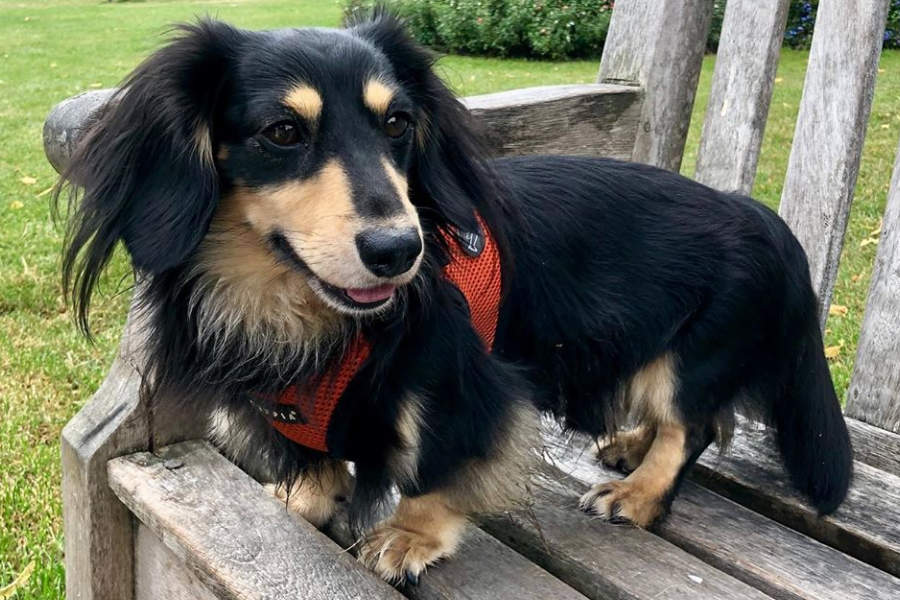 As with all dogs, it is important to socialise Dachshunds from a young age to nurture their well-balanced temperaments. The sausage dog tends to get on well with their fellow Dachshunds as well as other breeds. This makes them the perfect family pets. In fact, the breed tend to do better as a pair rather than being an only dog. So they make ideal candidates for dog owners who already have a pooch in the household and are looking to find them a canine companion.

Winston is an example of a friendly Doxie who loves to interact with other dogs.

Yes – he loves to play with other dogs. And despite his size, he can hold his own in all sorts of dog situations.

Given their small size, Dachshunds are perfect for those with limited space in their apartment or house. The standard Dachshunds stand at between 8 and 11 inches at the shoulder, while the miniature Doxies grow to a height of between five and seven inches. While they don’t take up much space thanks to their diminutive statures, these pooches do require a lot of house training to avoid them leaving a nasty surprise for their owner.

While the breed was initially used to hunt badgers in Germany, Dachshunds have evolved into pets over the past century or so, becoming the 13th most popular breed in the United States. While their caring but goofy temperaments helps to put smiles on faces, Dachshunds do serve a function in the household. Doxies make great watch dogs given their tendency to bark at noises. They have a loud bark despite their small frames and their courage is unquestioned, proving their dogged determination throughout their existence. 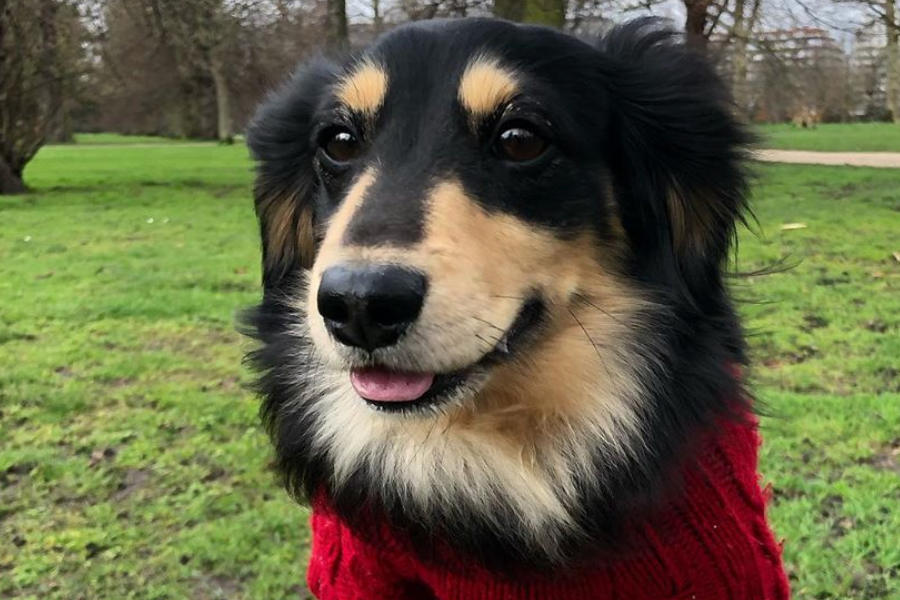 These German pooches make for great apartment dogs not just because of their size, but their low maintenance nature. Dachshunds don’t need a lot of exercise, although daily walks are recommended and a healthy diet to ensure your beloved Doxie doesn’t get overweight. This could have disastrous consequences if allowed to happen. Dachshunds are more than happy to spend hours sleeping under the covers or bathing in sunlight before a brief walk to relieve themselves.

Winston explained that Doxies can be relatively easy to care for.

They’r easy to look after, especially the minis. They don’t need huge amounts of exercise and not a lot of grooming either.

We all like to be unique and standout – and the Dachshund are the perfect breed for prospective owners who want to find themselves a very special pooch. These dogs can come in 15 different colors, an array of coat patterns, two different sizes and three different coat types. There is the standard and miniature Dachshund, while they will either be smooth haired, wired haired or long haired Doxies. 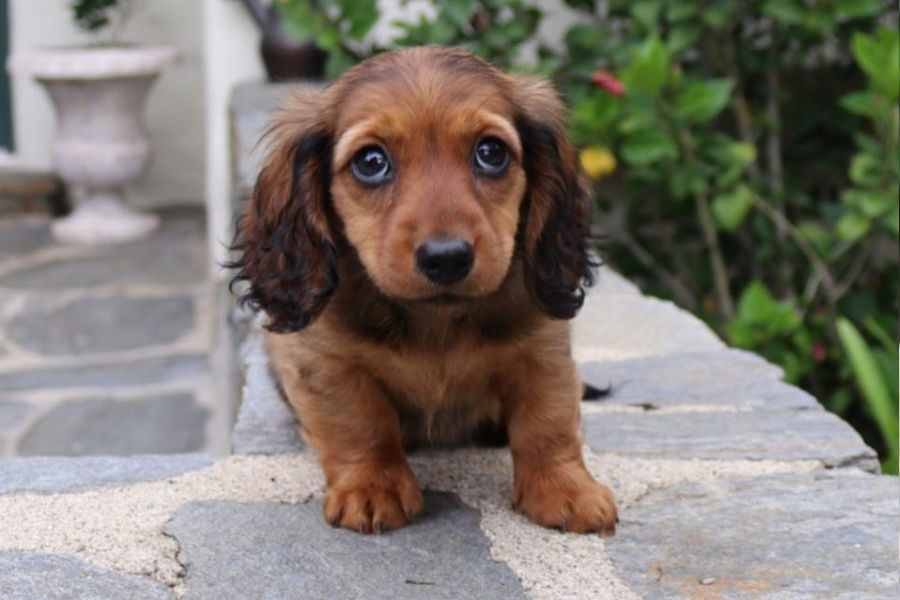 While Dachshunds can be easy going dogs, they have a stubborn streak that can be hard to shift unless trained from an early age. This breed have been known to rule the household if they haven’t been giving consistent and thorough training at a young age. Training a Dachshund requires a lot of patience, so if you have a short fuse, then these dogs probably aren’t for you. Those with experience of training breed liken Dachshunds to small children. The good news is Doxies are very intelligent and are quick to learn. They are also very food motivated. These long dogs can also prove very difficult to housebreak, which means you may find a surprise on your bed, next to the plant pot or on the kitchen floor.

They are stubborn so they need a LOT of persistence. They are definitely not the easiest dog breed to train but it isn’t impossible.

Dachshunds have a very distinctive bark which is surprisingly loud given their small size. Bearing in mind that they were bred to hunt badgers and other small animals and alert their owners to the scent, it’s not a surprise they bark a lot. It doesn’t take much for a Doxie to test his vocal chords and his owner’s ears: a stranger at the door, an animal in the garden or even a noise on the television have all been known to trigger this breed.

Holly explained in her interview on our website that there’s usually a good reason for a Doxie barking.

Dachshunds are definitely barkers but they always bark for a reason. They never bark just to bark. They bark with a purpose and are not yappy.

Another one of their traits that comes from their primary function of hunting badgers in Germany is burrowing. Dachshunds would ease their bodies into burrows and dens to hunt out badgers and other wildlife, before shuffling out of enclosed spaces. While this trait can be endearing when it involves a Doxie burrowing under a blanket to keep you warm, it is rather more frustrating when your Dachshunds decides to do some impromptu interior design or landscaping in the garden.

While Dachshunds do well as family pets and get along with other dogs, they could be a potential hazard for families with babies, toddlers and small children. They will bite or nip if they are scared, which can be a problem for those with young families. It is never advisable to leave children unsupervised with any dogs, but this is particularly apt for this German breed.

Problems with their backs 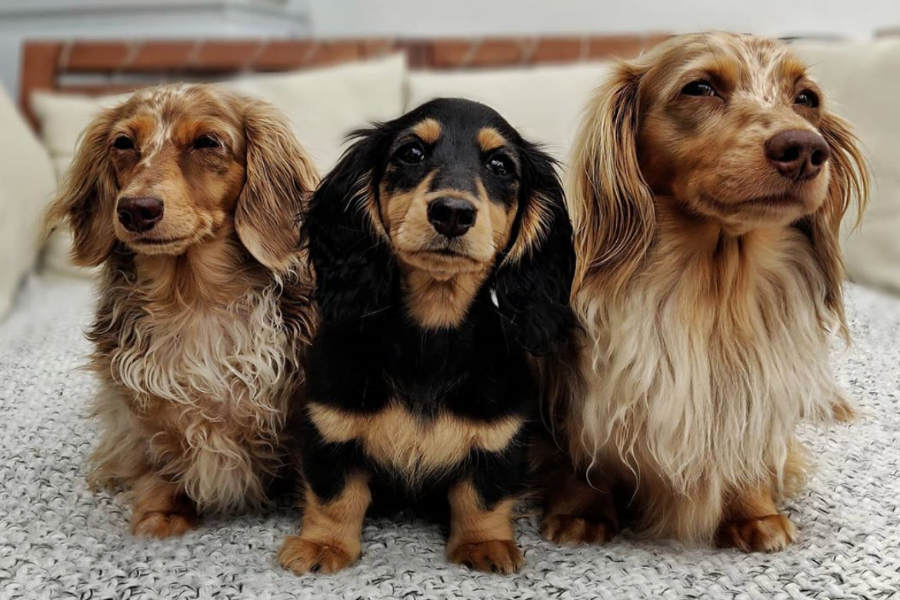 Doxies are susceptible to back problems given their unique body types. It doesn’t take much for Dachshunds to develop issues with their backs and spines, given their long bodies but small frames. If they become obese, then their weight can put too much pressure on their fragile spines. They can injury quite easily, too. Dachshunds can suffer back problems if they are allowed to jump onto furniture, run up and down stairs or play too boisterously.

Buddy the Dachshund urged Doxie owners to get pet insurance.

Dachshunds can have insatiable appetites, which becomes a problem if they pack on too many pounds. While there is the obvious risk of a back problem, it can also lead to issues with their heart, thyroid glands and much more. These best way to counteract a gluttonous Dachshund is plenty of exercise to to keep them looking trim and avoid putting extra strain on their spines. You can learn more about the best dog food option for Dachshunds here or check out the leading dog food delivery companies in the USA and the UK.