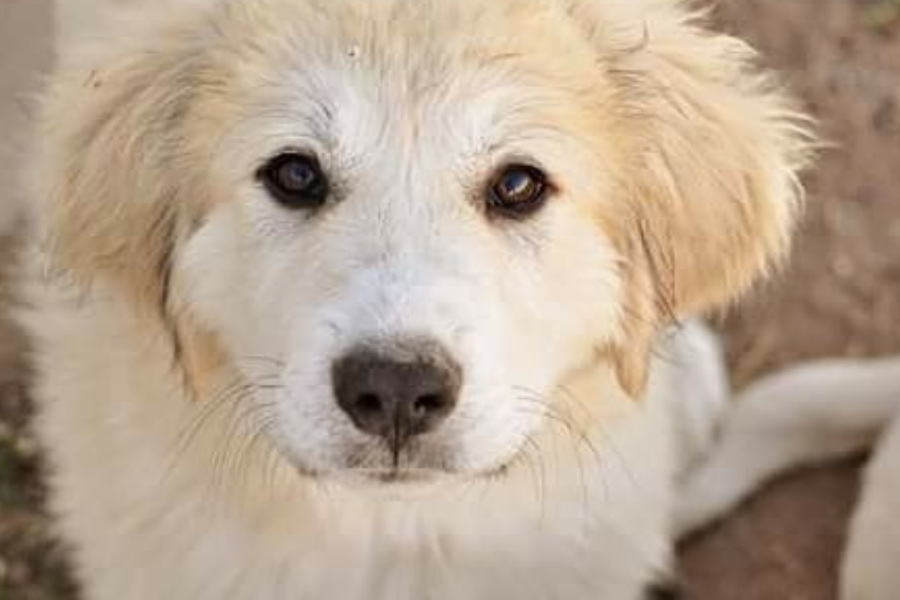 Colorado Mountain Dogs are a livestock guard dog that were bred to protect livestock from predators.

Livestock guard dogs don’t herd farm animals such as cattle, goats and sheep but blend into the crowd keeping an eye out for intruders.

Their ferocious bark and intimidating size should act as a sufficient deterrent to scare off unwanted predators who are looking to attack livestock.

If vocal intimidation doesn’t work then a livestock guardian dog will resort to attacking the predator in an attempt to protect the farm animals.

Colorado Mountain Dogs were initially bred to protect livestock from predators such as bears, mountain lions and coyotes in the Rocky Mountains in Colorado.

While these dogs serve a function with regards to protecting livestock, they also need to be friendly enough to interact with visitors to the home.

In this article, we’ll take a close look at the Colorado Mountain Dog, how the breed started and the chief characteristics of these livestock guard dogs.

We’ll break down the article into the following sections:

What are Colorado Mountain Dogs? 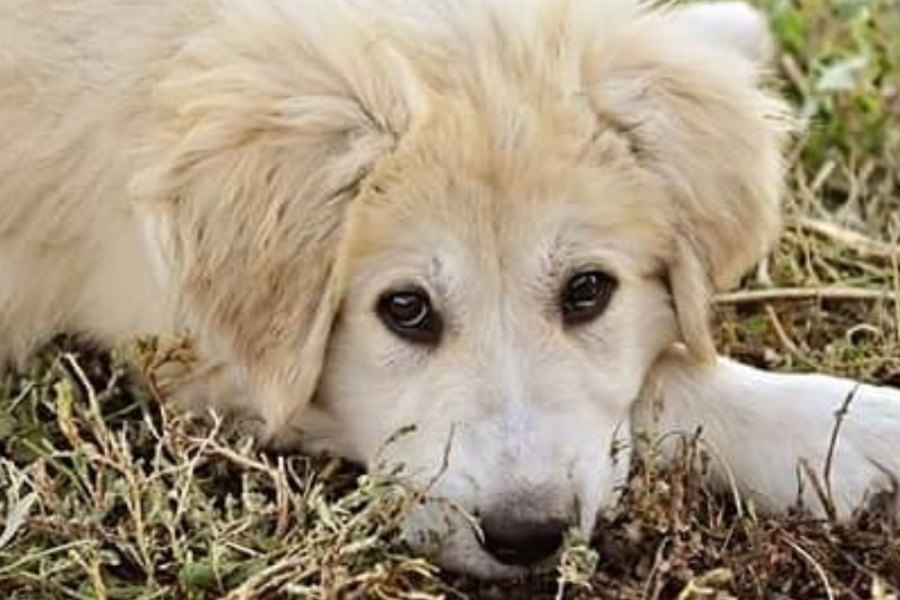 Colorado Mountain Dogs were bred to act as livestock guard dogs in the mid naughties.

We can trace back their relatively short history to their initial creation in 2005.

The brain behind these dogs was an American lady called Wendy Francisco. She sought to find a livestock guard dog after a mountain lion killed most of her goat herd on her small farm in Colorado.

Concerned that pure bred livestock guard dogs could have the wrong temperament given the volume of visitors at her home, she settled on a cross breed LGD called Caspian.

He managed to protect Wendy’s chickens from the local bear and mountain lion, while Caspian was “accepting” and “friendly” of guests at their small farm.

Wendy was quick to note that there was a demand of a new type of livestock guard dog that was welcoming to strangers but an exceptional guardian of livestock.

As a result, Caspian was the founding member of the Colorado Mountain Dog breed.

As we mentioned above, Caspian was 75 per cent Great Pyreenes and 25 per cent Anatolian Shepherd Dog.

In her bid to start her new breed, Wendy found a female dog with similar characteristics to Caspian. However, she was a mix between Great Pyrenees and Hungarian Kuvasz.

After searching out other females who had similar characteristics, Wendy placed them on farms around the state to discover whether they embodied the same characteristics. If successful, they were bred with Caspian to create more of Colorado Mountain Dogs.

While Caspian remained a strong genetic influence on the breed, Wendy partnered with her friend Aimee Cabrera to further expand the breed after she took possession of Snow.

Together they expanded the breed to avoid recessive genes becoming an issue within the Caspian bloodline. Colorado Mountain Dogs were soon in demand throughout the United States given their LGD skills but family-friendly temperaments.

Great Pyrenees, Anatolian and Hungarian Kuvasz were three of the chief breeds involved in the initial creation of the Colorado Mountain Dogs following the breeding between Caspian and Snow. 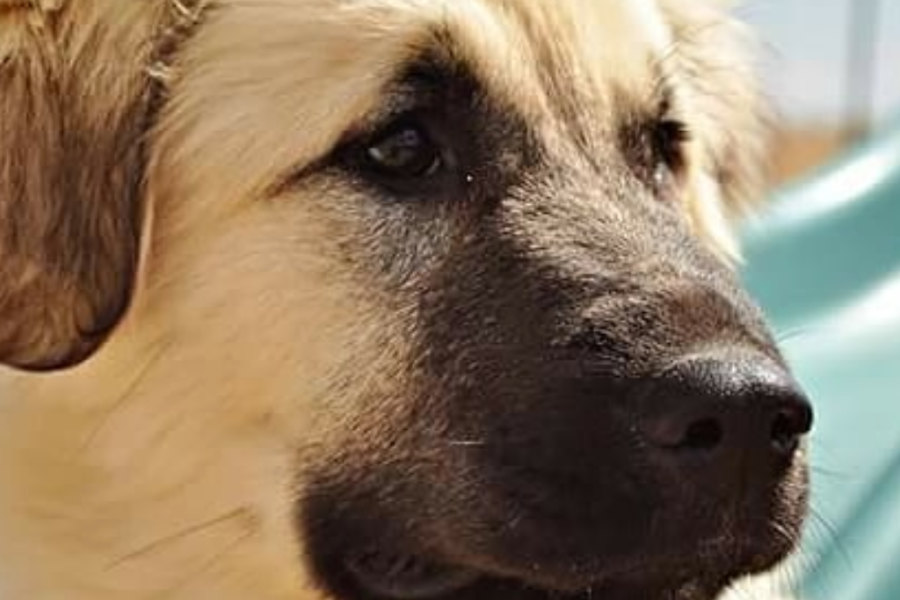 Male Colorado Mountain Dogs range from 30 to 34 inches in size, while they can weigh between 110 and 150 pounds.

As you would expect, CMD females are smaller in size and stature. They can grow to height of 26 to 29 inches, while these dogs weigh between 80 and 120 pounds.

Colorado Mountain Dogs have a medium sized chest with a strong back and hind legs. They’ve got a bushy tail that often curls and loops over their lower back.

Their preferred coat color is white, although these large dogs can also be golden and light brown. To the uneducated eye, they can look like oversized Golden Retrievers.

These dogs have brown eyes that should be alert, expressive and wide, according to the breed’s standard.

Colorado Mountain Dogs have a medium-length coat that is slightly wavy but dense in texture.

“The CMD body coat is medium length, which makes care easier than some breeds. The mane, tail and leg feathers are abundant. The head is a bit more refined, not heavy or heavily jowled,” write ColoradoMountainDog.com.

You won’t be surprised to learn that these dogs shed quite a bit given they’ve got a double coat.

Colorado Mountain Dogs grow a thick inner coat in the winter to withstand the cold temperatures of the Rocky Mountains.

Livestock guard dogs will require weekly brushing to maintain their health and quality of their coat. 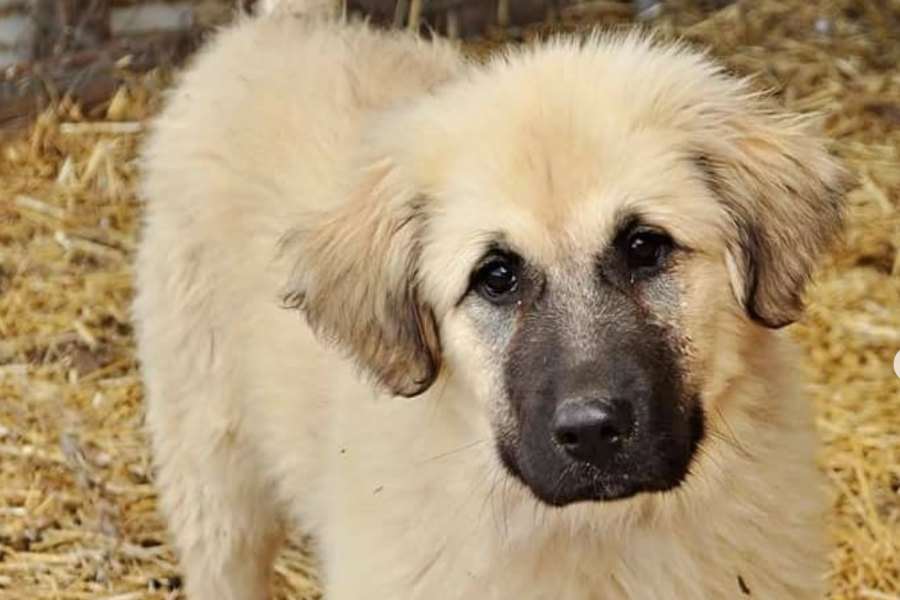 There isn’t a lot of information about the life expectancy of this relatively new breed, which is hardly surprising given Wendy only started the LGD dogs in 2005.

However, we can estimate that they’ll have a lifespan of around 12 years given the life expectancy of the Great Pyrenees, Anatolian and Hungarian Kuvasz breeds.

Colorado Mountain Dog Association go to great lengths to outline the temperament that these dogs should have to match the breed’s standard.

Their disposition should be friendly and outgoing, while CMD are family-oriented, child-friendly, and accepting of visitors.

While they need to display welcoming characteristics to family, friends and strangers, the large-sized dogs need to protect the livestock.

As a result, Colorado Mountain Dogs need to display “strong and protective guarding instincts”, using their intimidating bark to warn off predators.

While they can use the voice to intimidate would-be attackers of livestock, CMDA emphasise that they shouldn’t bark excessively, just sufficient to alert to danger.

Their website states that Colorado Mountain Dogs should form a bond with the livestock but maintain a balance of “protection, authority, and respect”.

As you can tell, Colorado Mountain Dogs are quite a unique breed given the versatility and depth of personality.

Bred to be independent and quick thinkers, these livestock guard dogs are usually found wandering around the farm or yard keeping an eye on their owner’s animals.

However, they can also be companion dogs in a family environment. In this case, they’ll display an affection for the family members.

In terms of training, there isn’t a lot of information on whether they’re easy to teach obedience and tricks. 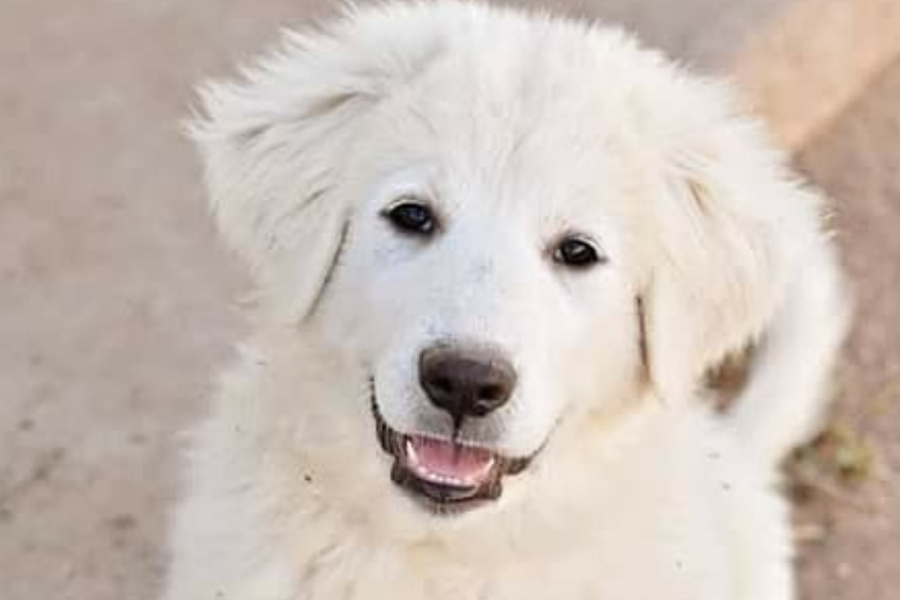 You won’t be surprised to learn that Colorado Mountain Dogs do require quite a bit of exercise.

They’ll spend the day roaming around the property alert to potential predators.

However, CMDs who remain within the family home as companion dogs or pets will require some exercise in the shape of walks, hikes or playtime in the garden to deplete their energy levels.

Colorado Mountain Dog Association was set up along with a registry in 2015 to keep track of the breed around the United States.

Judging by the prices on ColoradoMountainDog.com, you should expect to pay between $800 and $1000 for a Colorado Mountain Dog pup.

If you’re interested in one of these livestock guard dogs, we recommend contacting the aforementioned website to get more information.

Perhaps the best known of all mountain dog breeds is the Great Pyrenees. As their name suggests, they originated in the mountain region of France and Spain.

While they weren’t bred to guard livestock, Great Pyreenes were tasked with protecting shepherds and their families.

Given Colorado Mountain Dogs were bred using a Caspian, who was 75 per cent Great Pyreenes, and Snow, who was a Great Pyreenes cross, it’s little surprise there are similarities between the breeds.

Wag.com have some testimonials from CMD owners on their website to provide some insight into the new breed.

One user wrote: “He is AMAZING! He was brought into the CMD program in 2018 as an outcross stud. He has now sired 4 litters and all the pups have been gorgeous and well tempered. He loves people and is athletic. He is not a big barker unless necessary.”

Another CMD owner said: “At 9 months now, he [Mulder] weighs about 110 lbs and is about 32 inches tall. He has 3 inch length white hair. When he raises up on his back legs, he is about eye to eye with me. His body and his head are proportionate. He is THE BOSS of his 35 acre farm. He smiles all the time and his eyes are very happy.”

One final testimonial read: “[Zora] is a great dog, as we live in the mountains outside of Durango Colorado. Great to keep the Bears and the other critters away.”

Given the breed is less than 15 years old, it’s unclear what major health concerns Colorado Mountain Dogs could be susceptible to.

However, it’s recommended that you check CMD parents for potential problems with patellar luxation and hip dysplasia.

Great Pyreenes are known to suffer with bloat problems, so this condition could affect CMD too.

So there you have it. We’ve provided dog lovers with an introduction to the Colorado Mountain Dog.

These livestock guard dogs were bred to protect livestock but should be family orientated and welcoming of strangers.

Building a close bond with livestock, CMD dogs should show an ability to think on their feet when faced with a predator.