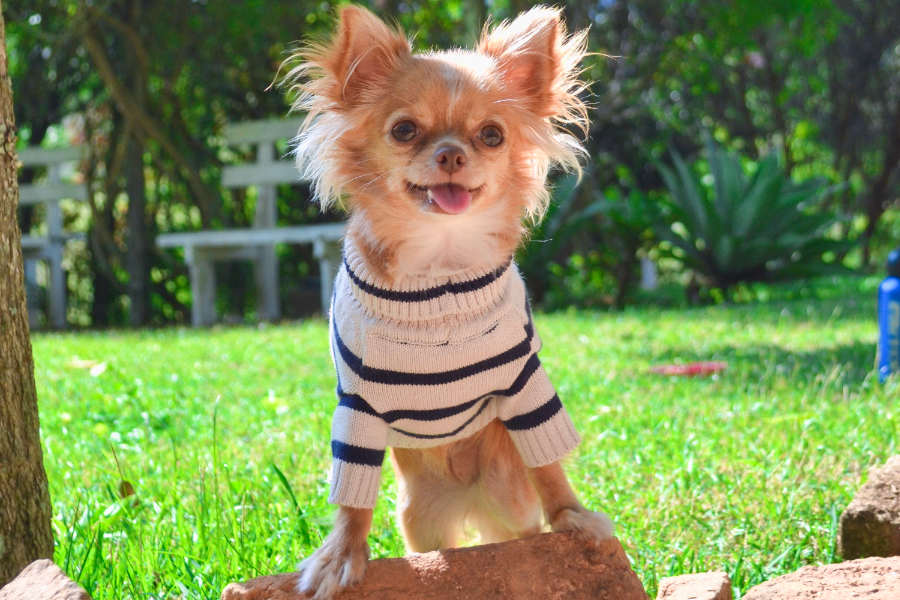 These Mexican dogs are considered to be one of the oldest dog breeds in the world.

The American Kennel Club list Chihuahuas as the 33rd most popular dogs in the United States.

However, like with all dog breeds, Chihuahuas are prone to some specific health problems.

In spite of some health concerns, Chihuahuas usually live a happy and long life.

In this article, we’re going to take a look at Chihuahua life expectancy, potential health problems that can affect the breed and any other care considerations.

Chihuahuas are a toy breed that make great companion dogs.

Although these charming but sassy dogs originated in Mexico, they’re popular around the world thanks to their small size.

A member of the American Kennel Club’s Toy Group, the Chihuahua is the 33rd most popular breed in the USA.

Where do Chihuahuas come from?

The ancestors of the Chihuahua can be traced back to the Toltec civilization. These dogs were called Techichi and they were larger in size than Chihuahuas.

When the Aztecs conquered the Toltec people, they inherited these dogs. They’ve been credited with breeding down the Techichi to a size not too dissimilar to the modern day Chihuahua.

European explorers would recant having seen small dogs with the Aztecs, creating the legacy surrounding the ancestors of Chihuahuas.

In the 18th and 19th century, Americans found a lot of these small Mexican dogs in a particular region of Mexico: Chihuahua.

Beppie was the first Chihuahua registered with the American Kennel Club in 1908. The breed have gone on to achieve worldwide fame.

In popular culture, movies such as Legally Blonde and television shows such as Sex In The City have popularised the Chihuahua breed.

Chihuahuas are a member of the American Kennel Club’s Toy Group. These apartment-sized dogs usually grow to be between five and seven inches in height, while they don’t weigh more than six pounds.

There are two varieties of Chihuahua: the long-coated Chihuahua and the smooth-coated Chihuahua. This breed don’t like cold weather and will require their pet parents to take measures to keep them warm.

They’ve got a rounded apple head that is a standout feature of the breed. Their eyes usually stand erect with big, expressive eyes.

Chihuahuas can come in lots of different colors and patterns.

How long do Chihuahuas live?

This is true of the Chihuahua breed. These portable canines have an average life expectancy ranging between 14 and 16 years.

Of course, some Chihuahuas can exceed the 16-year milestone.

In fact, the world’s older Chihuahua was Megabyte. This long-coated Chihuahua lived to the ripe old age of 20 years and 265 days. He died on 1 January 2014, 100 days short of his 21st birthday.

So if you’re lucky, you could have your Chihuahua for a large slice of your life.

Chihuahuas are considered a healthy dog breed. However, like all dogs, they’re prone to some issues. These genetic issues can cut short a Chihuahua’s life in some cases.

Before you agree to pay for a Chihuahua puppy, the American Kennel Club suggest asking your breeder whether they’ve carried out genetic screening on the puppy to check for potential issues.

You should choose your dog from a breeder who routinely does genetic health screenings on all breeding stock to ensure that the puppies they produce are as genetically sound as possible.

It’s important Chihuahua owners familiarise themselves with some of the potential health problems in order to keep an eye out for the symptoms.

Let’s take a closer look at these health conditions.

• Patent Ductus Arteriosus – is a persistent opening between the two major blood vessels leading from the heart.

• Patellar Luxation (loose kneecaps) – is a condition where the knee cap rides outside the femoral groove when the knee is flexed.

• Idiopathic Epilepsy – is a group of epileptic disorders that are believed to have a strong underlying genetic basis.

• Syringomyelia – s a disorder in which a cyst or herniation called Syrinx forms within the spinal cord. SM causes a wide variety of neuropathic symptoms due to damage and degeneration of the spinal cord.

• Chiari Malformation – are structural defects that occurs at the carniocervical junction (where the skull and proximal end of the spinal cord meet).

• Canine Brucellosis – is a disease of the reproductive tract which may cause abortion in females, infection of the sexual organs in males, and infertility in both sexes.

• Molera is a “soft spot” on the top of the head. The Chihuahua Club of America write that while many Chihuahua puppies are born without the molera, there are probably just as many born with one and its presence is nothing to become alarmed over.

• Neuronal Ceroid Lipofuscinosis (NCL) – is the general name for a family of at least eight genetically separate neurodegenerative lysosomal storage diseases that result from excessive accumulation of lipopigments (lipofuscin) in the body’s tissues.

Chihuahuas have some care requirements that can help to keep these little dogs happy and healthy.

The long-coated Chihuahua and the smooth-coated Chihuahua require regular grooming to remove dirt and debris in their coat. The former can collect dirt when they got outside in the garden or the yard due to their long coats.

Chihuahua owners should regularly check their dogs’ ears for signs of infection. You can clean their ears using a cotton ball. Keep an eye out for red and irritated ears or a lot of dark brown residue in the ears.

Their teeth should be brushed regularly with the help of dental chews and chew toys. You should also ask your vet to check your Chihuahua’s teeth on a yearly basis.

You should trim your Chihuahua’s nails regularly. You could also get a professional groomer or your local vet to do so.

The American Kennel Club recommend bathing a Chihuahua once a month to keep their coat clean and healthy.

Chihuahuas aren’t a hypoallergenic dog breed. Unlike some dogs such as Poodles, Chihuahua do shed quite a bit irrespective of whether they’re long-coated or smooth-coated.

So if you suffer with allergies to dog, Chihuahuas might not be the breed for you. We recommend speaking to your local doctor and your local vet if you have any questions about allergies or shedding. 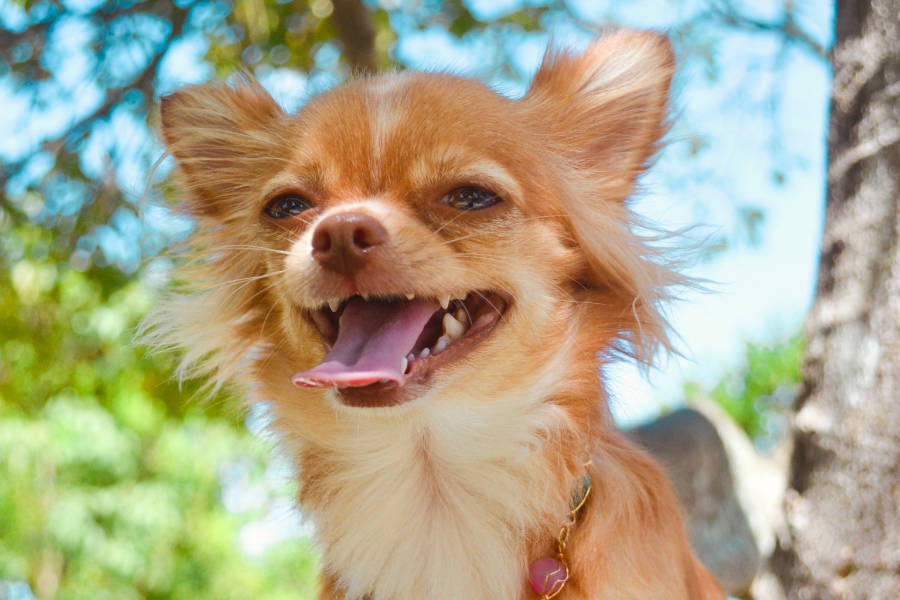 So there we have it, Chihuahuas are generally speaking healthy dogs that can live between 14 and 16 years.

The oldest Chihuahua on record managed to reach 20 years and 265 days.

Chihuahuas are prone to some health issues. The American Kennel Club recommend asking your breeder whether they’ve carried out genetic screening on your puppy before you bring your new addition home.

To find out more about potential health issues, you can check out the Chihuahua Club of America who provide a lot of information.