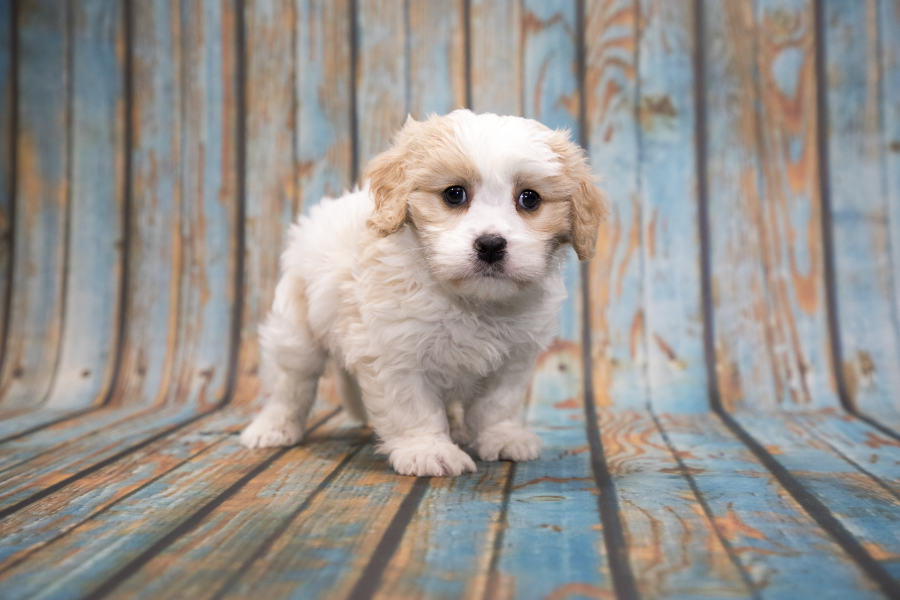 These dogs are a mix between Cavalier King Charles Spaniels and Poodles that have becoming increasingly popular over the past couple of decades.

Cavapoos can make great family pets due to their affectionate and loving nature, as well as their energetic and playful personalities.

However, there’s no guarantees which desired traits a Cavapoo will inherit from each of their Cavalier and Poodle parent.

In this article, we’re going to take a closer look at Cavapoo temperament, examining the characteristics and traits that they usually have.

What is a Cavapoo? 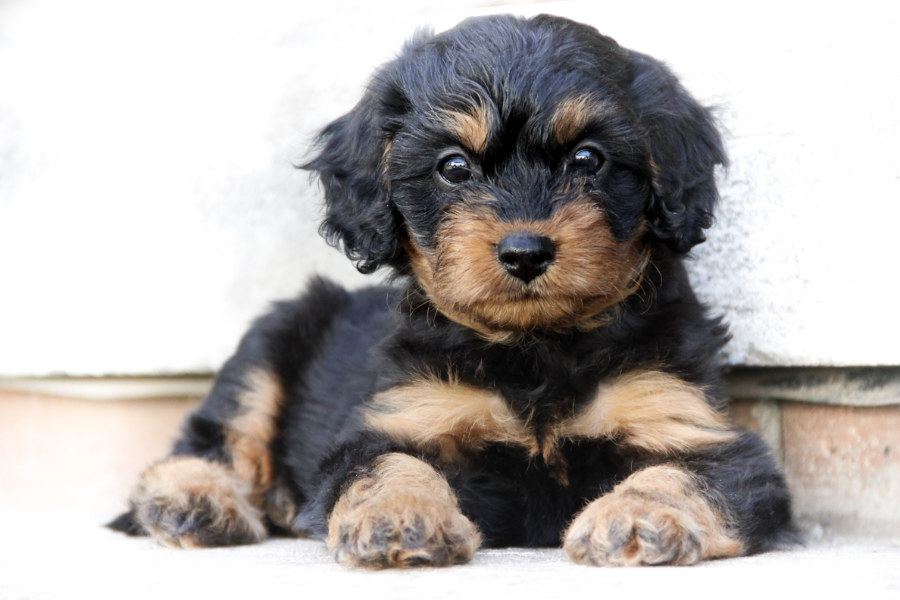 A Cavapoo is a cross between a Cavalier King Charles Spaniel and a Poodle.

They can go by a number of different names, including Cavoodles or Cavalier Poodle mix.

These hybrid dogs are thought to have originated around the 1960s in the USA. However, breeders started to focus on intentionally breeding these dogs in the early 1990s as so-called “designer dogs” enjoyed a surge in popularity.

Cavapoos aren’t a recognised breed by the American Kennel Club or the Kennel Club.

Cavalier King Charles Spaniels are an affectionate and loving breed. They’re considered companion dogs that like to be in the company of their pet parents. It’s not uncommon for Cavaliers to become your permanent shadow.

These small dogs are a sociable breed that usually do well when they meet new dogs or people for the first time. Having said that, it’s good practise to socialise your Cavalier from a young age.

Cavaliers aren’t shy around new people – a trait which means they probably aren’t best suited to being guard dogs coupled with their small stature. However, they could be reasonably good watch dogs with a bark to let their owners know someone is at the door.

They’re sometimes stereotyped as stubborn or unintelligent dogs. However, this stubborn streak can be overcome with consistent and regular training from puppyhood.

Although they’ve got this reputation for being wilful, Cavalier owners attest to the fact that they’re eager to please their pet parents, which can help where training is concerned.

Cavaliers are playful dogs that will like to go for a run around the garden or yard with their pet parents or children. They’ll relish regular walks or trips to the dog park.

They can suffer with separation anxiety, just like any other dog breed. Cavaliers shouldn’t be left alone for more than four or five hours at a time.

Poodles have a couple of characteristics that they’re known worldwide for.

Perhaps their number one trait is the low shedding coat. The French breed are often one of the first breeds named when the topic of hypoallergenic dogs is raised. They’ve got a unique coat that doesn’t shed a lot of hair, while their tight curls traps the little dander that they secrete.

They’ve rated as one of the smartest dogs in the world. In the Intelligence of Dogs, author Stanley Coren rates the Poodle ahead of the German Shepherd, Belgian Malinois and the Golden Retriever as the second most intelligent dog breed. Only the Border Collie is considered smarter than the Poodle.

Poodles should be easy to train due to their ability to quickly learn new commands and tricks. However, you’ll need to be consistent and firm to ensure your Poodle doesn’t start to exploit loopholes in your commands.

Like the Cavaliers, Poodles like to be in the company of their pet parents. They’ll quickly settle into family life and build a deep bond with family members.

They can be a little more shy around strangers, but socialising a Poodle from a young age can help to overcome any potential aloofness. Other traits include that stand out is their alertness and ability to rely on their instincts.

These dogs were originally bred for duck hunting so they’ve got a lot of energy. They’ll usually require at least 60 minutes of exercise a day to ensure they get sufficient mental and physical stimulation.

As with all mixed breeds, there’s no guarantee which traits a Cavapoo will inherit from their Cavalier and Poodle parent. In spite of claims that breeders might make, it’s impossible to predict the temperament of Cavapoo puppy. It’ll only become clear later in life.

Cavapoos are usually affectionate and loving dogs that will relish the chance to be in your company. They quickly become bonded to their pet parents and family members. They like to be part of a family unit.

It’s not uncommon for Cavapoos to be like “velcro” dogs. They like to be the centre of attention, particularly with the Poodle element in these mixed dogs that can perform commands and tricks.

If you’ve settled upon a Cavapoo as the right family pet for you, you can expect to lead an active lifestyle. These dogs will need regular exercise to keep them mentally and physically stimulated.

The amount of energy that your Cavapoo has can depend on whether they’ve inherited the active genes of their Poodle parent or slightly more laid back approach to life of their Cavalier parent.

Dog walking service Wag Walking recommend 60 minutes of exercise a day for these dogs. They write on their website:

The Cavapoo is an active little dog, and while their needs can be met by indoor play, it will adore being taken for a walk, invited to play games in the fenced yard, or taken for outdoor exercise to the dog park to interact with other people and dogs.

Cavapoos can excel in a family setting. They like to be in the company of other family members. As we mentioned above, Cavaliers don’t do well when left at home alone for a long time. So you can expect your Cavapoo to greet you with boundless enthusiasm when you return home.

They do well with children but parents will need to be responsible. You should never leave any dog alone and unsupervised with young children. It’s a good idea to educate children on how to appropriately handle a Cavapoo too.

Poodles are considered extremely smart dogs. The odds are a Cavapoo will be reasonably intelligent. While their IQ might not match the same levels as their Poodle parent, Cavapoo are usually easy to train and eager to learn.

By beginning socialization and training from a young age, you’ll be able to lay down a solid foundation upon which you can build with your Cavapoo. 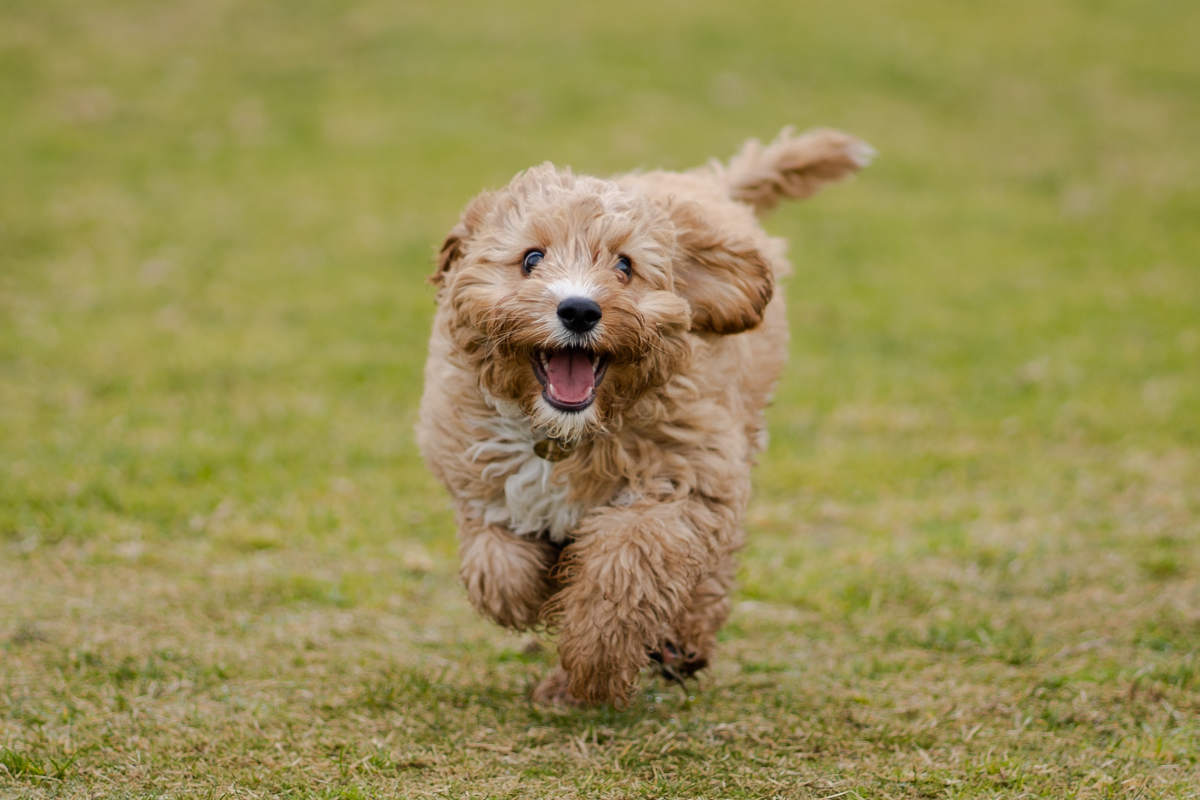 Cavapoos tend to be social dogs that do well around other canines and humans. You’ll often spot a Cavapoo socializing with other dogs at the dog park.

You can start your Cavapoo at a young age by taking your four-legged friend to puppy classes or puppy meet ups. The more dogs, people and situations you expose your dog to, the better chance their social skills will develop.

They aren’t a standoffish type of breed. Instead, they will try to become the center of your world, while you will definitely be the center of theirs.

If you want to learn more about the temperament of Cavapoos, you could also search out some owners on Instagram. They’re usually forthcoming with information about their Cavapoos. 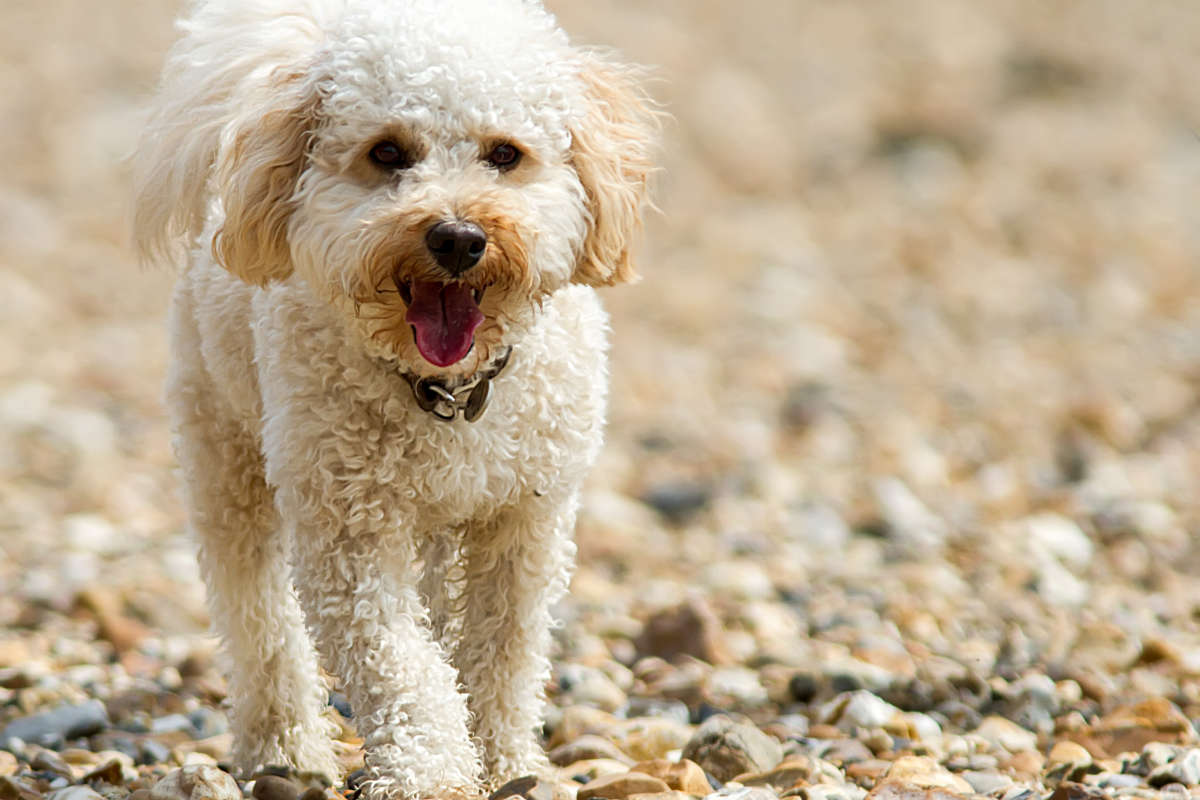 So we’ve reached the end of our Cavapoo temperament article.

The mixed breed tend to be affectionate, loving, smart and social dogs that have moderate to high energy levels.

They can make great family pets if you’ve got the time to exercise and train your Cavapoo properly.