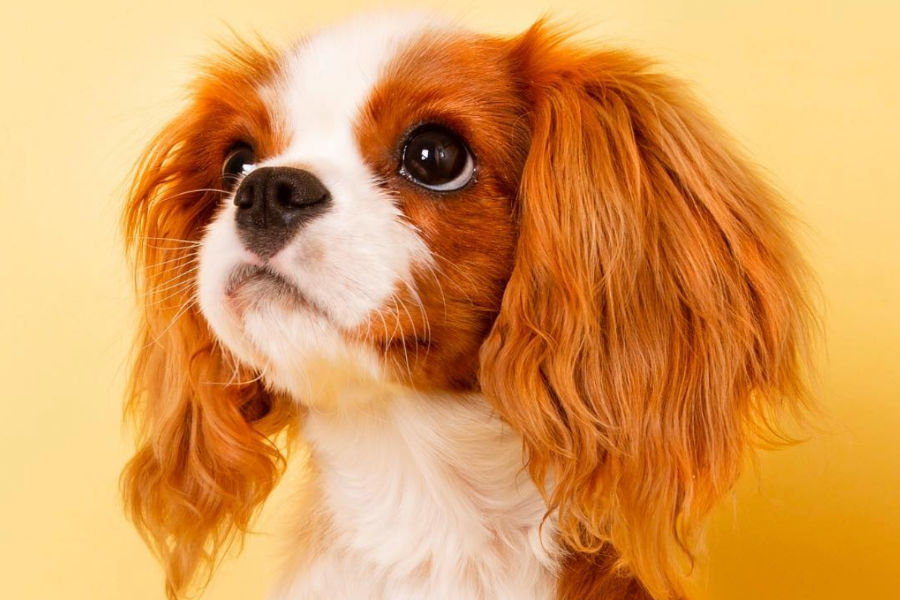 Cavalier King Charles Spaniels are loved around the world by dog owners.

The breed have always been popular in the United Kingdom, going back as far as the 18th century.

A favourite of Charles I and Charles II, the Cavalier King Charles Spaniel served the nobility and royals as lapdogs.

While their popularity took a hit after Charles II’s death, the 20th century saw the resurgence of the toy breed.

Cavalier King Charles Spaniel didn’t make it to United States until 1950s. As of 2018, they’re the 19th most popular dog in USA.

What makes these dogs so popular? In this article, helloBARK! will uncover why Cavalier King Charles Spaniels make great family pets.

The descendants of Cavalier King Charles Spaniel were thought to have been brought to Scotland from France during 15th century.

While Mary Queen of Scots was thought to have played a role in their introduction to English society, it was the Stewarts who helped to make these dogs popular.

King Charles I and his son King Charles II were particularly found of these spaniels and the latter was rarely seen without one.

At the start of the 18th century, Duke of Marlborough John Churchill became renowned for his red and white Cavalier King Charles Spaniels.

Given Churchill’s famous win in the Battle of Blenheim and his residence was called Blenheim Palace, this variety were soon given the name Blenheim Cavalier King Charles Spaniel.

In the 18th and 19th century, the CKCS were bred with some Asian breeds such as the pug and Japanese chin to give these spaniels a shorter muzzle and domed head.

But an American Roswell Eldridge offered a cash prize in 1926 for breeders willing to breed CKCS in the style that had become popular during the reign of the Stewarts.

The Kennel Club recognised the breed in 1945, but their American counterparts didn’t grant the Cavalier King Charles Spaniel status until 1995.

The Cavalier King Charles Spaniel is often described as the quintessential lapdog. They love to give and receive affection.

While CKCS were used to scare birds out of the brush during hunts, they served a purpose for the royals centuries ago.Their easy going nature made them perfect companion dogs for the nobility.

They were even thought to have been allowed to sleep on the bed to attract fleas to their fluffy coat and prevent their regal masters from falling ill.

In modern society, the Cavalier King Charles Spaniel has a reputation for being a great family dog, while also being suited to the elderly.

The American Kennel Club outlines the breed standard for temperament on their website:

“Gay, friendly, non-aggressive with no tendency towards nervousness or shyness. Bad temper, shyness, and meanness are not to be tolerated and are to be severely penalized as to effectively remove the specimen from competition.”

They don’t require a lot of exercise, with around 60 minutes recommended for the toy breed. A couple of short walks should be enough for CKCS.

Therefore, they’re a good option for those with a busy family life or those with limited mobility who can’t walk for miles and miles in the countryside.

While Cavalier King Charles Spaniels don’t need long walks, it doesn’t mean they can be left alone for long periods of the day.

These dogs crave human interaction and don’t do well if they’re left at home alone for more than four hours a day.

Their docile nature makes them suitable for young children. If you plan to bring a Cavalier King Charles Spaniel to a young family, you’ll need to educate your kids on how to look after this breed. While they may be affectionate and friendly, they’re also fragile and need to be handled with a respectable amount of care.

The Cavalier King Charles Spaniels love to please their owners. They adore cuddles on the couch next to their pack leader and like to take a nap on a soft pillow or cosy blanket.

Their smart and easy to train

While the Cavalier King Charles Spaniel might lack the intelligence of a Border Collie, Poodle or German Shepherd, these dogs are still very smart. They’re ranked 44 out of 137 in terms of the world’s most intelligent dogs.

Their eagerness to please their owner makes them easy to train and they respond very well to praise. They’re retention of new commands is good, too. So you can start to train your Cavalier King Charles Spaniel from a young age.

Secure your yard, don’ talk off the leash

Experts warn against walking your Cavalier King Charles Spaniel off the leash. Given they were used to scare small birds during hunts centuries ago, the breed are prey driven when it comes to small animals.

While these dogs are eager to please and easy to train, it takes just one time for your Cavalier King Charles Spaniel to disobey a recall command and disaster could potentially strike.

For the same reason, you should ensure your garden or yard is secure to prevent CKCS from wandering off in pursuit of a small bird.

If you’re looking for a guard dog or a watch dog, the Cavalier King Charles Spaniel isn’t the dog for you.

They rarely bark so don’t expect a CKCS to alert their owners to any potential unwanted visitors.

You should regularly check their ears, gums and feet to avoid the build up of bacteria and potential infection.

Daily or weekly brushing is recommended, while regular baths can help to keep on top of any odors.