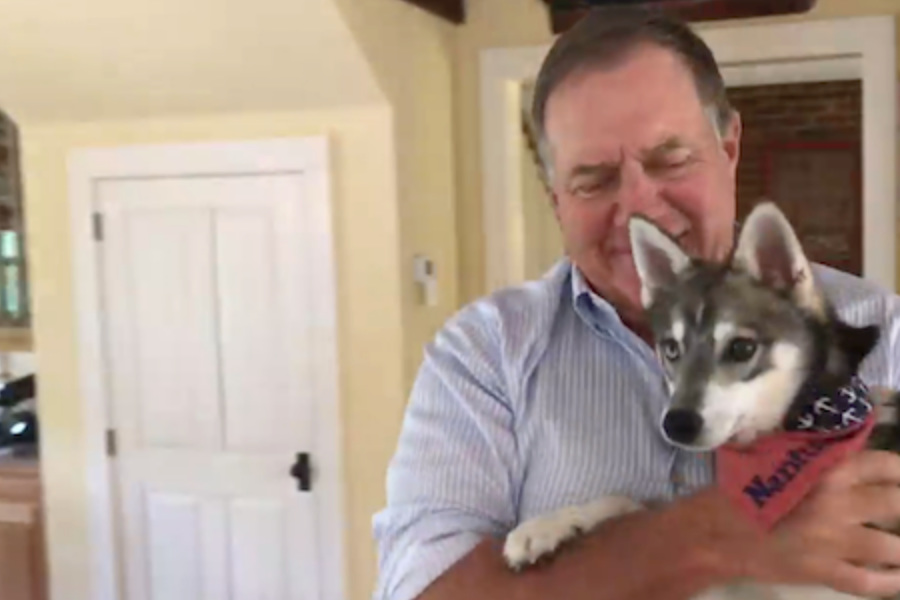 Nike was the star of the NFL draft show on Friday night.

We’re not talking about the sportswear brand but Bill Belichick’s adorable dog.

Nike’s show-stopping cameo has turned Belichick’s dog into a viral superstar, with his dedicated Instagram account growing to nearly 15,000 followers.

Naturally, a lot of football fans were left questioning what breed Nike is.

Nike is a grey and white bi-eyed Alaskan Klee Kai.

In this article, we’re going to give you a proper introduction to Nike and the Alaskan Klee Kai breed.

Who is Bill Belichick? 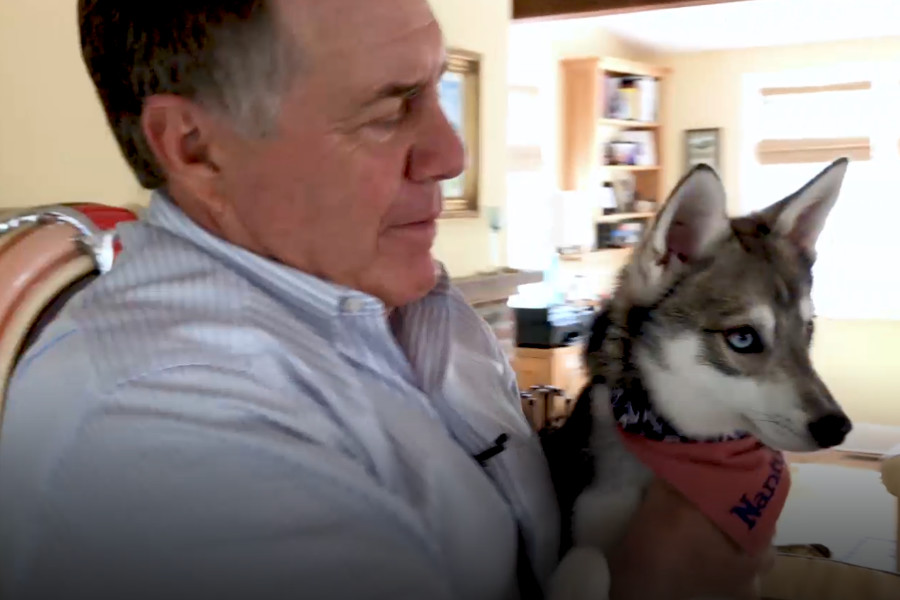 Bill Belichick is the head coach of the New England Patriots.

The 68-year-old is one of three NFL coaches to have won the Superbowl six times.

While Belichick is a global name in his own right, the New England Patriots head coach was upstaged in April 2020.

His grey and white dog called Nike hit the headlines for his starring role during the second day of the NFL draft.

When footage went to Belichick’s Nantucket house, it was Nike rather than Bill who was sat at the computer helping the New England Patriots make their pick.

Nike’s man of the match performance propelled him to internet stardom as the image was quickly shared around a host of social media platforms.

Described as a two-year veteran for the Patriots, Nike was finally got his chance to impress in front of the world’s cameras.

The mini husky seized his chance with both paws as Nike featured on mainstream media through the USA and the world.

The New England Patriots even went on to share a screen shot of their Zoom call with Nike sat in front of Belichick’s computer.

However there was one question left unanswered by Nike’s cameo – what breed of dog is Nike? Let’s find out.

What breed is Nike? 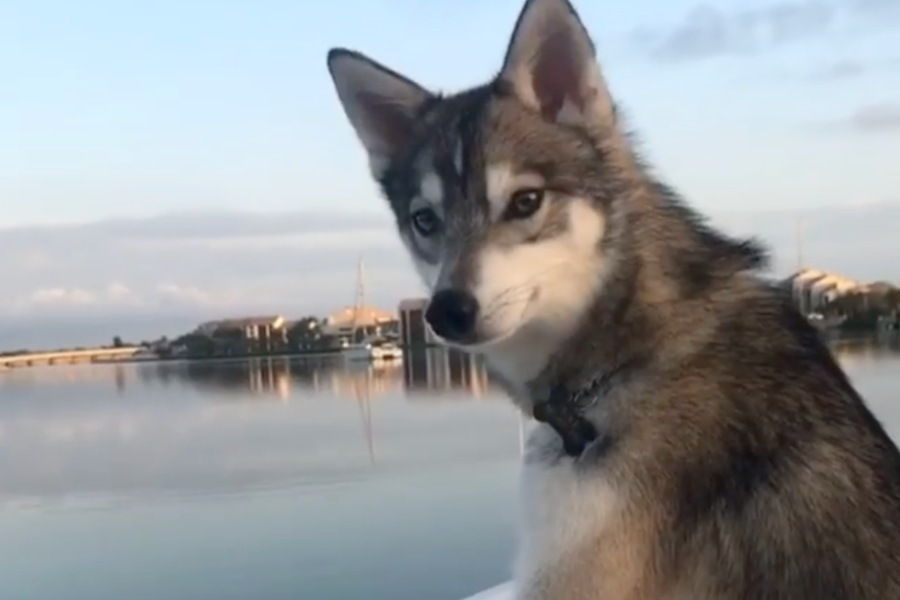 Nike is an Alaskan Klee Kai!

Some media have incorrectly reported that Nike is a mini husky, husky puppy, husky, pomsky and more.

But Nike is a member of the Alaskan Klee Kai breed. They’re a relatively rare companion-sized breed that started in the 1970s in Alaska.

Bill revealed in an interview with CNBC in 2018 that he actually wanted to call Nike, Jack. However. rather aptly, Nike are the sponsors of the New England Patriots. His long-term partner Linda explains more.

He kept saying the dog’s name should be Jack. I wanted to call him Chester. We brought him home and we looked at him and thought, “he’s not a Chester”. Bill said, “he’s a Jack” but I didn’t think he was a Jack. So one of the girls said, “he’s a Nike”.

Asked whether he was comfortable naming his dog Nike given the sportswear brand sponsor New England Patriots, Belichick replied:

I didn’t care. It’s fine. I liked Jack but it didn’t make it.

When did Bill and Linda get Nike? 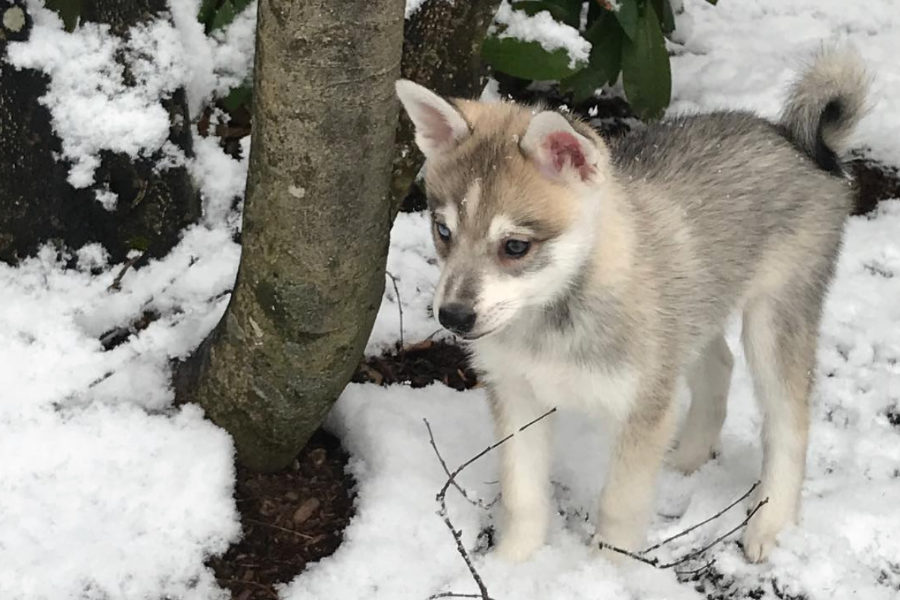 Belichick and his girlfriend Linda Halliday got Nike in 2018. As we mentioned above, Nike is an Alaskan Klee Kai that the pair adopted.

Linda explained the story behind Nike and how this little Klee Kai ended up with the NFL superstar in an interview with CNBC. Linda said:

What does Bill say about Nike? 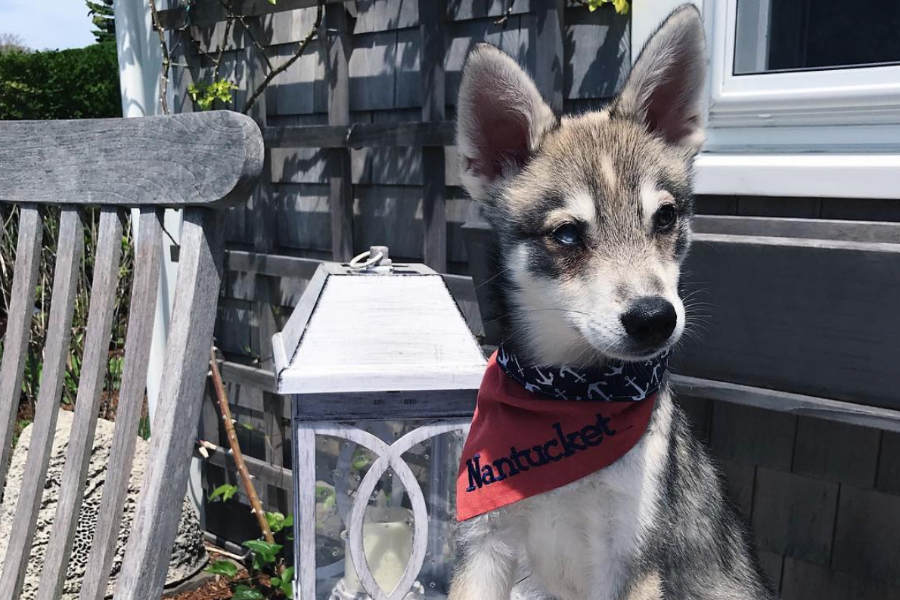 We all know about Belichick’s love for football but the New England Patriots head coach is also a big dog lover. Bill shed light on Nike’s personality in his chat with CNBC.

He’s a fun dog. He enjoys playing. He likes to play aggressive. It isn’t just getting the toy. He wants to pull out the stuffing and the squeaker. He likes to mix it up and get tossed around a little bit. He’s pretty good with his paws too. I love dogs and most dogs love me.

On how Nike helps the football coach to relax after a long day at work, Belichick added:

It’s unconditional love. You walk in the door and they love you. They lick you, they wag their tail. I get plenty of football but it’s nice to get away and have a change of scenary. He’s always in a good mood. 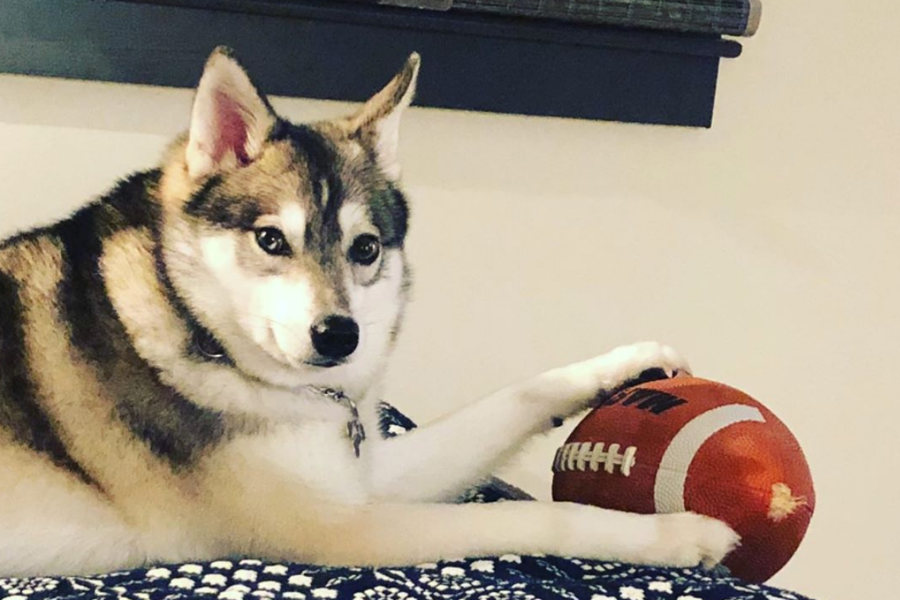 Perhaps this has changed given his starring role in the 2020 NFL draft. 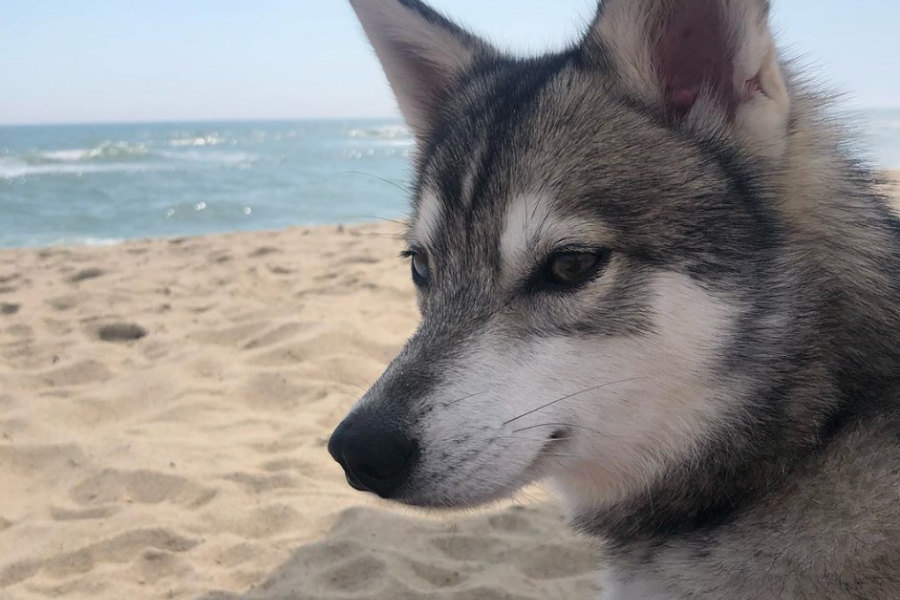 Other celebrities with Alaskan Klee Kai 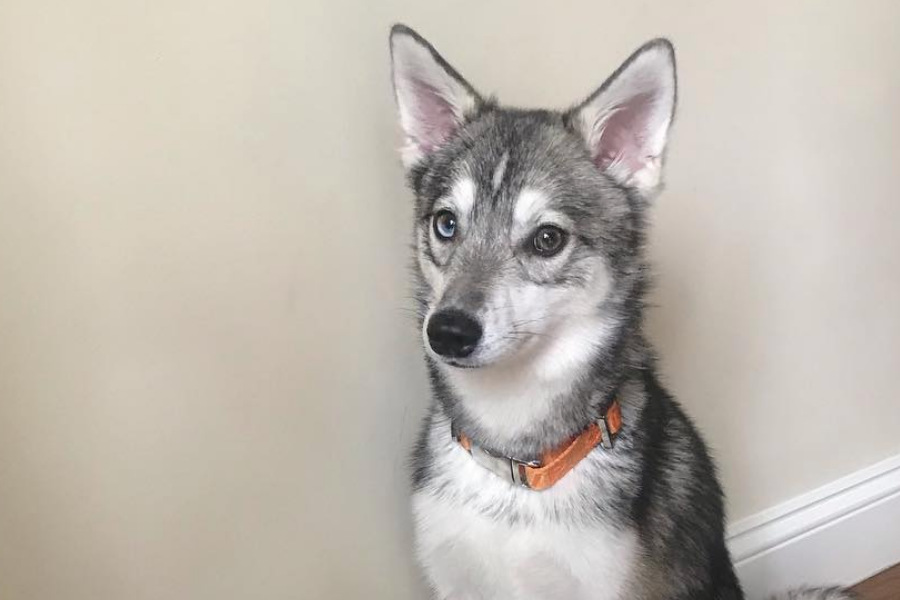 Belichick isn’t the only celebrity with an Alaskan Klee Kai.

Sharon Osbourne is also thought to be a Klee Kai owner, although this hasn’t been confirmed. Musician and actress Miley Cyrus previously owned a Klee Kai. 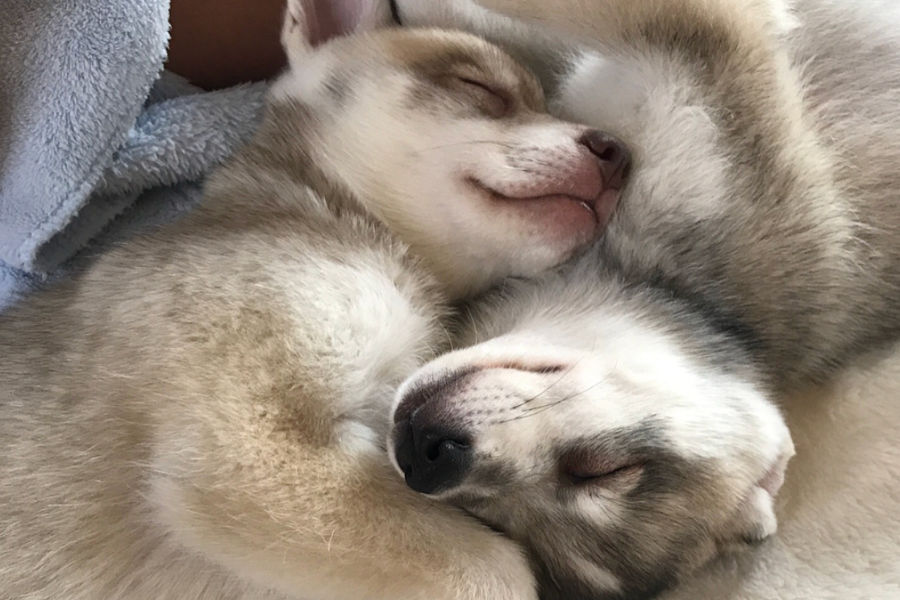 • Alaskan Klee Kai are a dog breed that were created by an American lady called Linda Spurlin in the 1970s.

• Alaskan Klee Kai were granted status by the United Kennel Club in 1997 and are duly recognised by the organization as a breed.

• Alaskan Klee Kai colors are black and white, grey and white and red and white, according to the UKC’s breed standard.

• The AKK are companion-sized dogs, so they quickly become attached to their pet parents. They can be aloof or shy around people they don’t know so regular socialization from a young age is recommended.

• Alaskan Klee Kai are intelligent and loyal dogs, while they like to get regular exercise in the shape of walks, runs, hikes, agility, training and trips to the dog park.

Where can I buy an Alaskan Klee Kai? 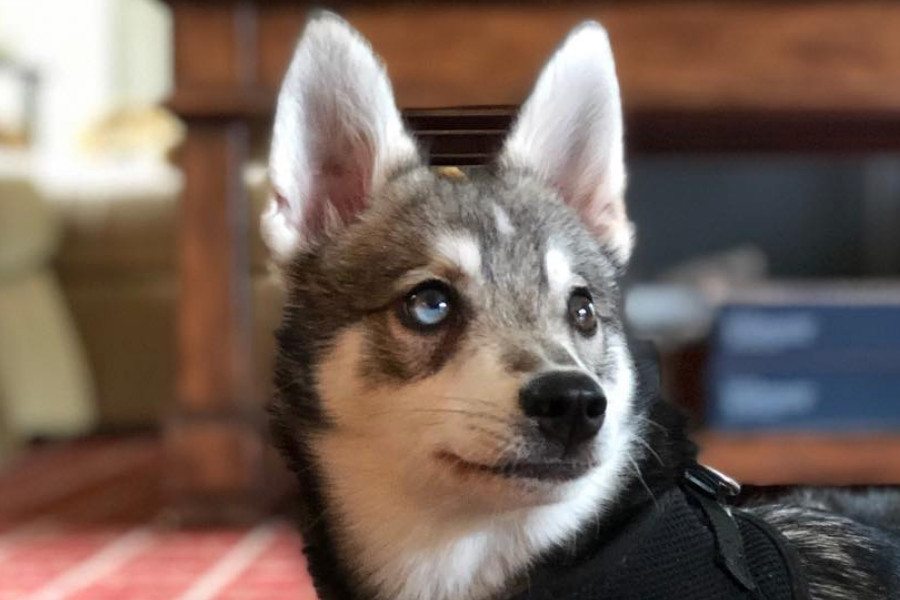 If you’re considering an Alaskan Klee Kai, we recommend doing lots of research because they’re a great breed that can come with their own unique set of challenges just like any type of dog.

We recommend visiting the Alaskan Klee Kai Association of America if you’re looking for a breeder. The breeders on the AKKAOA.org have signed up to the organizations code of ethics.

We strongly advise against buying a Klee Kai online, at a pet store, from a third party or a breeder who isn’t registered with the AKKAOA to decrease your chances of being scammed.

Where can I learn more about Alaskan Klee Kai?

You can also check out my Klee Kai Copper and Skye on Instagram, @lifewithkleekai. Send me a DM and I’d be happy to answer any questions you may have about the breed. 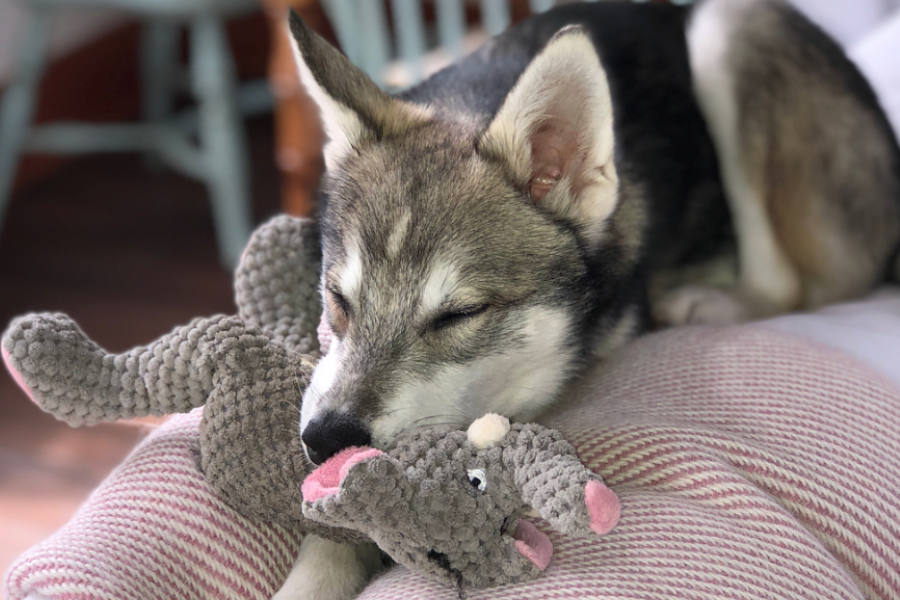 So we’ve reached the end of our article on Nike.