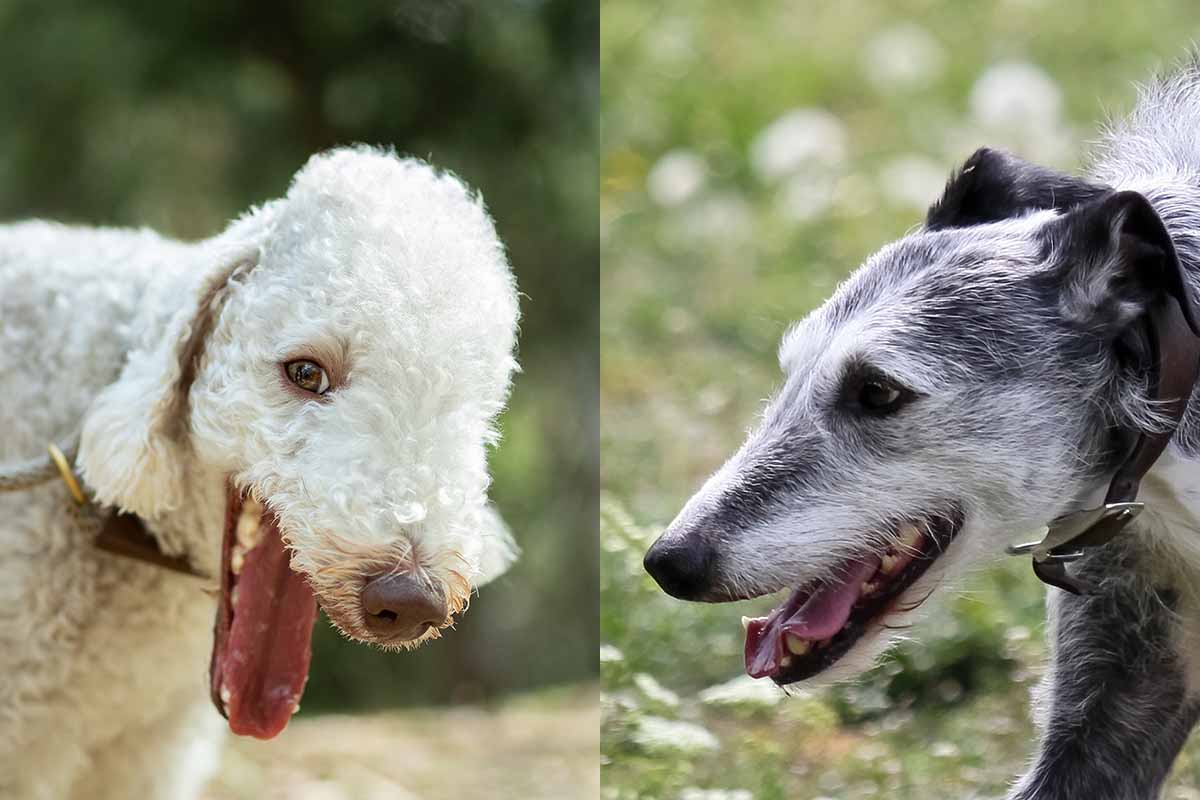 By Kieran Beckles
Updated on 22 September 2022

These are two types of dogs that are becoming increasingly popular in the UK and worldwide thanks to their hypoallergenic qualities.

However, the Bedlington Terrier and Bedlington Whippet are two different types of dogs despite sharing some similarities.

The Bedlington Terrier is a loving and charming dog breed that’s been recognised by the American and British Kennel Clubs.

But the Bedlington Whippet is a cross between a Bedlington Terrier and a Whippet.

In this article, we’re going to take a look at the Bedlington Terrier v Bedlington Whippet, examining some of the difference and similarities between these two dogs.

So with the introduction over, let’s take a closer look at these two dogs.

What Is A Bedlington Terrier 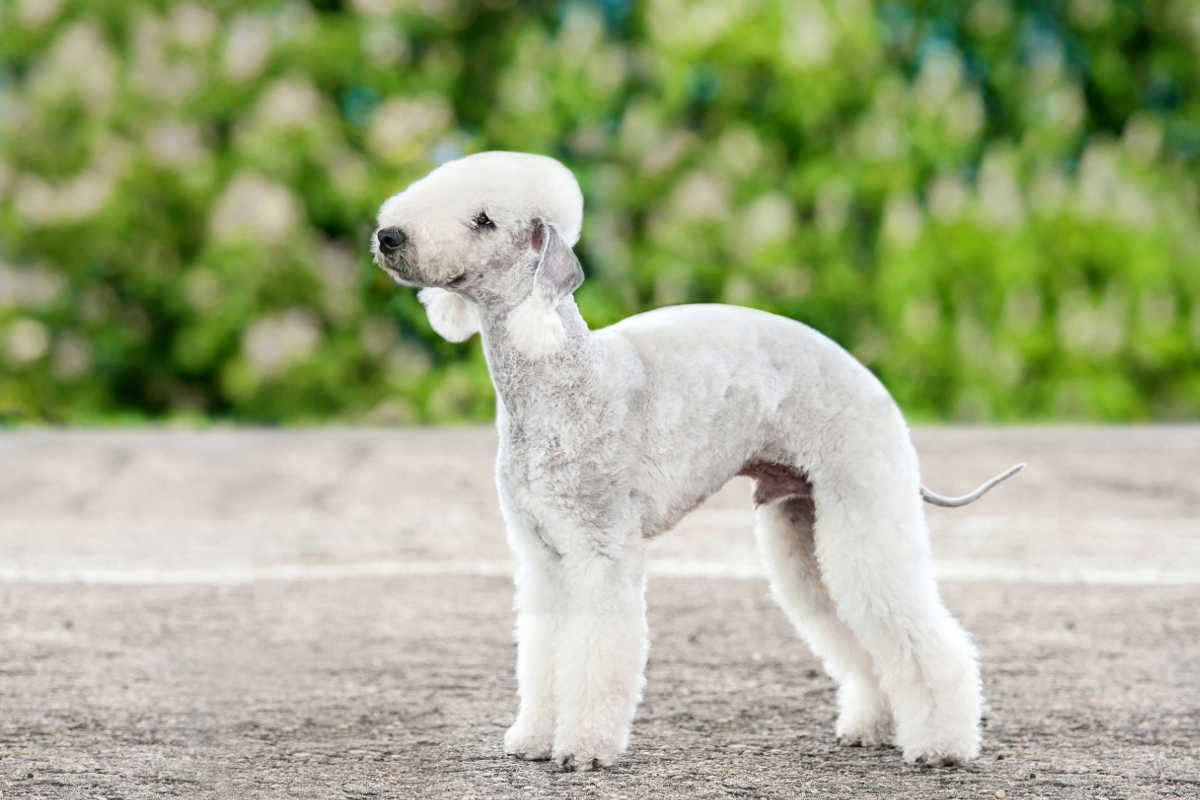 What Is A Bedlington Whippet

Where Do Bedlington Terriers Come From? 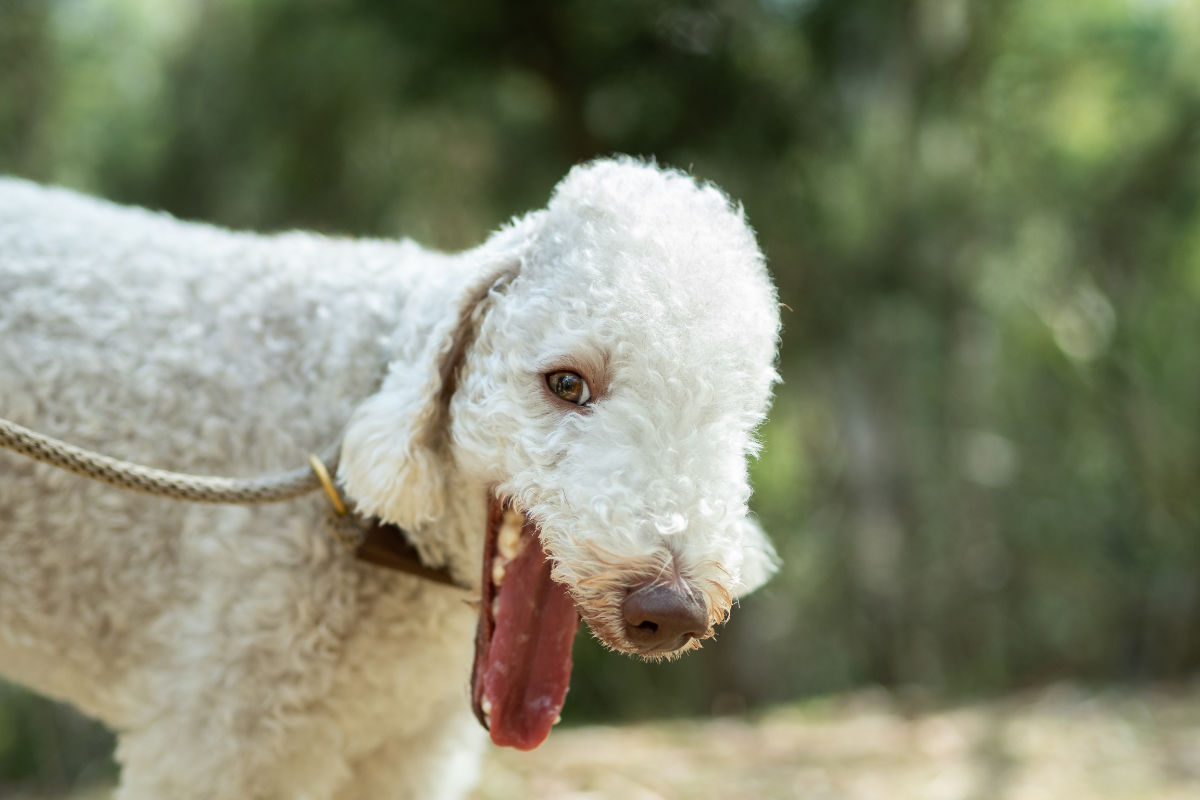 Bedlington Terriers are thought to have originated in the mining towns of Northumberland in the United Kingdom. Considered a workman’s dog, they were used down the mines as ratters, varmint killers and pit fighters. Piper is accredited with being the first Bedlington Terrier after being born in 1825.

Historically, Bedlington Terriers were considered smart and quick, never a mischief maker but once they started fighting, it was to the death.

Where Do Bedlington Whippets Come From? 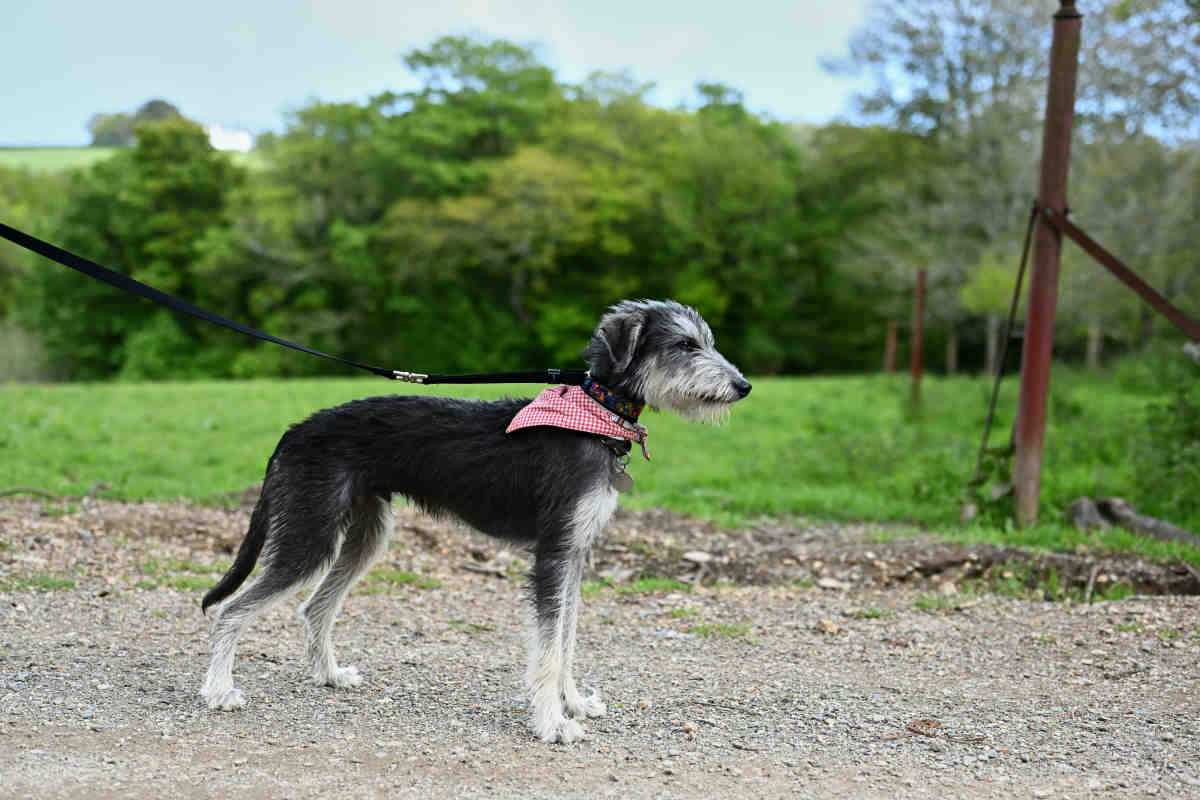 The first Bedlington Whippet was thought to have been bred in the early 1990s. As a mixed breed, it isn’t necessarily clear when this cross breed started but they’ve enjoyed a surge in popularity in the last 20 years.

Bedlington Whippets will usually have a similar height and weight range to the Bedlington Terrier. They’ll generally grow to be 15 to 22 inches (38 to 55cm) tall and weigh from 22 to 40 pounds (10 to 18 kg). 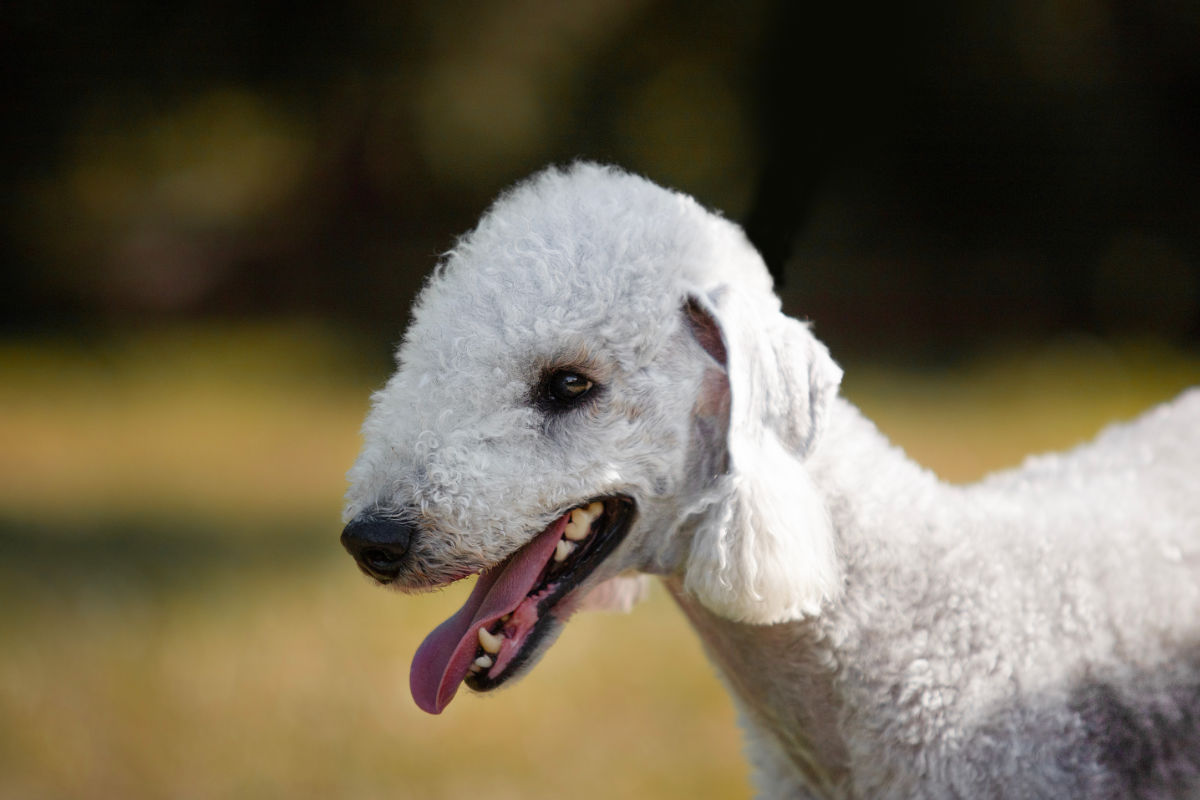 If you’ve previously encountered a Bedlington Terrier, you’d be forgiven for thinking it’s a lamb on a leash. They’ve got a wooly-like appearance with a blue, sable or brown coloured coat. The breed will usually have brown eyes and a black or brown nose. They’ll have ears covered with thin hair, while the rest of their coat is medium-length.

Bedlington Terriers can make great companion pets who love to cuddle up to their owners at the end of a long day. They’re not a particularly loud breed despite being quite effective watchdogs.

They can have a high prey drive as they were traditionally used as ratters. So it’ll be important to work on recall.

Bedlington Terriers are reasonably social with other people and dogs with the proper socialization. They can make great family pets in the right circumstances.

It’s quite a similar story with the Bedlington Whippet. They’re usually quite gentle dogs who is loving and loyal to their owners. Having said that, they can be quite aloof if meeting new people for the first time. They’re social with other dogs without being a breed that loves to rough and tumble with every pup they meet. As the offspring of two relatively smart breeds, Bedlington Whippets should be quick to pick up new tricks provided they start training from a young age and owners work consistently with their four-legged friend. 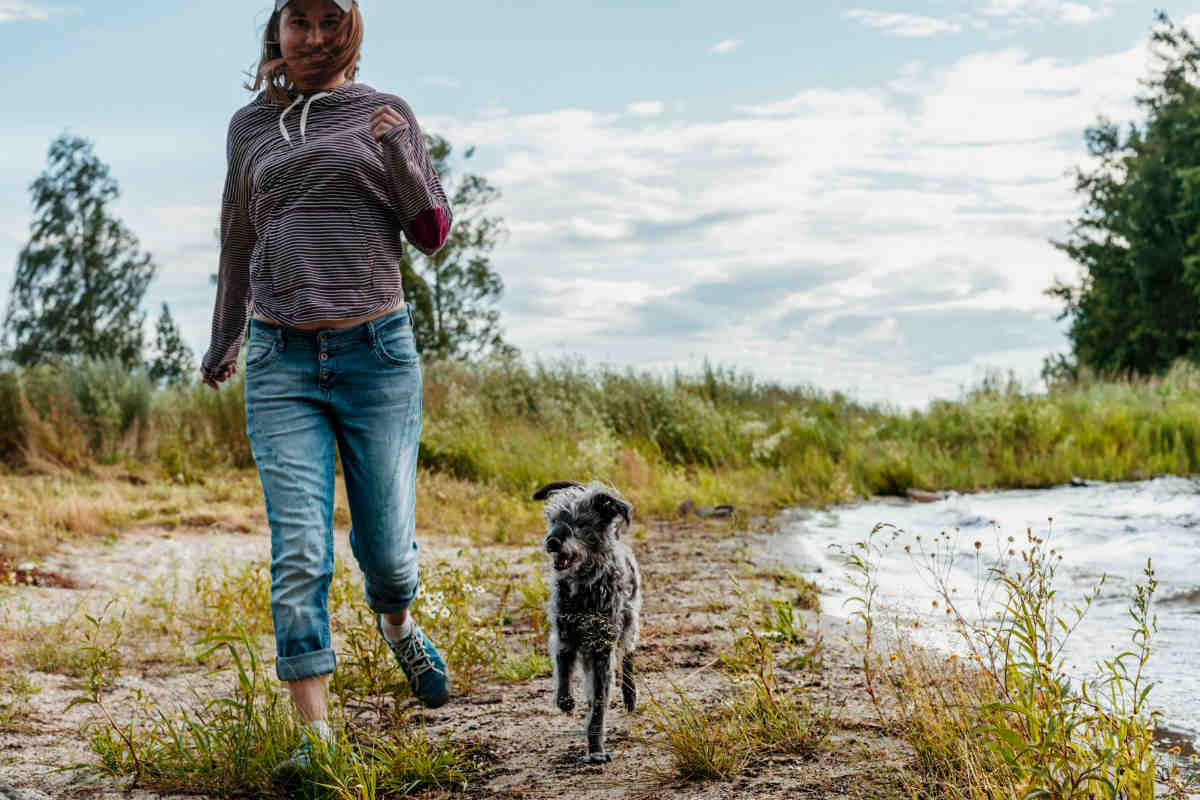 Bedlington Terrier is a relatively active dog breed that will need around 45 minutes of exercise a day. They’ll love a game of fetch with their owner or a long run or walk. As a dog breed that were developed to hunt small animals, they’ve got a high prey drive so having a secure garden is important if you don’t trust their recall.

Mia (@miathebedlingtonwhippet) gets at least two hours of exercise a day.

We take out Mia for a minimum of 2.5 hours a day combining higher intensity running and play with longer more steady walks.

Bedlington Terrier is well-known as a hypoallergenic dog breed. This mean that they don’t shed as much as some other breed so they’re less likely to trigger someone’s allergies. However, there is no guarantee that an allergic reaction won’t occur. 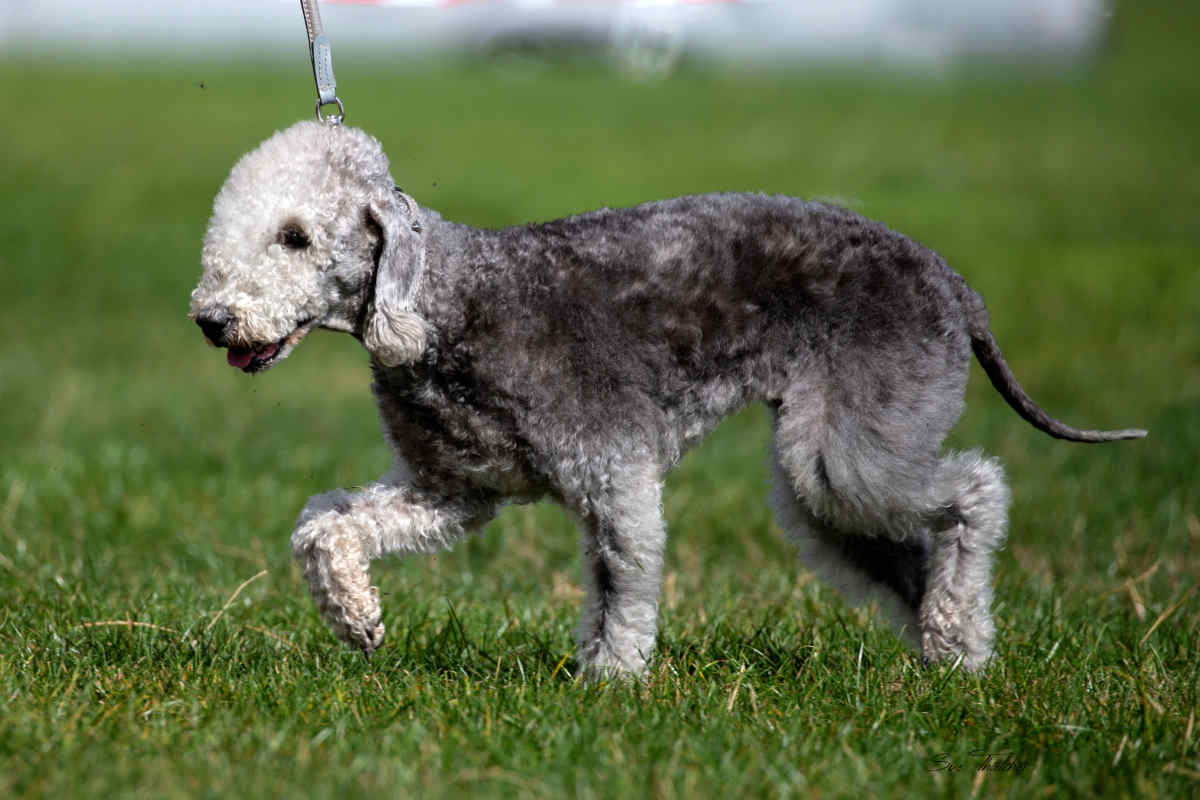 As we touched upon in our previous point, Bedlington Terrier is considered a hypoallergenic dog breed. As a result, they don’t shed much at all. You may notice a few stray hairs but the AKC reinforce that this a low-shedding breed.

Here’s Mia to shed light on how much her Bedlington Whippet Mia (@miathebedlingtonwhippet) sheds.

They don’t shed much which is an added bonus! With regards to grooming, Mia’s coat is short for a Bedlington Whippet, so we groom her once a week but that is more to bond with her and get her used to grooming – which she loves. 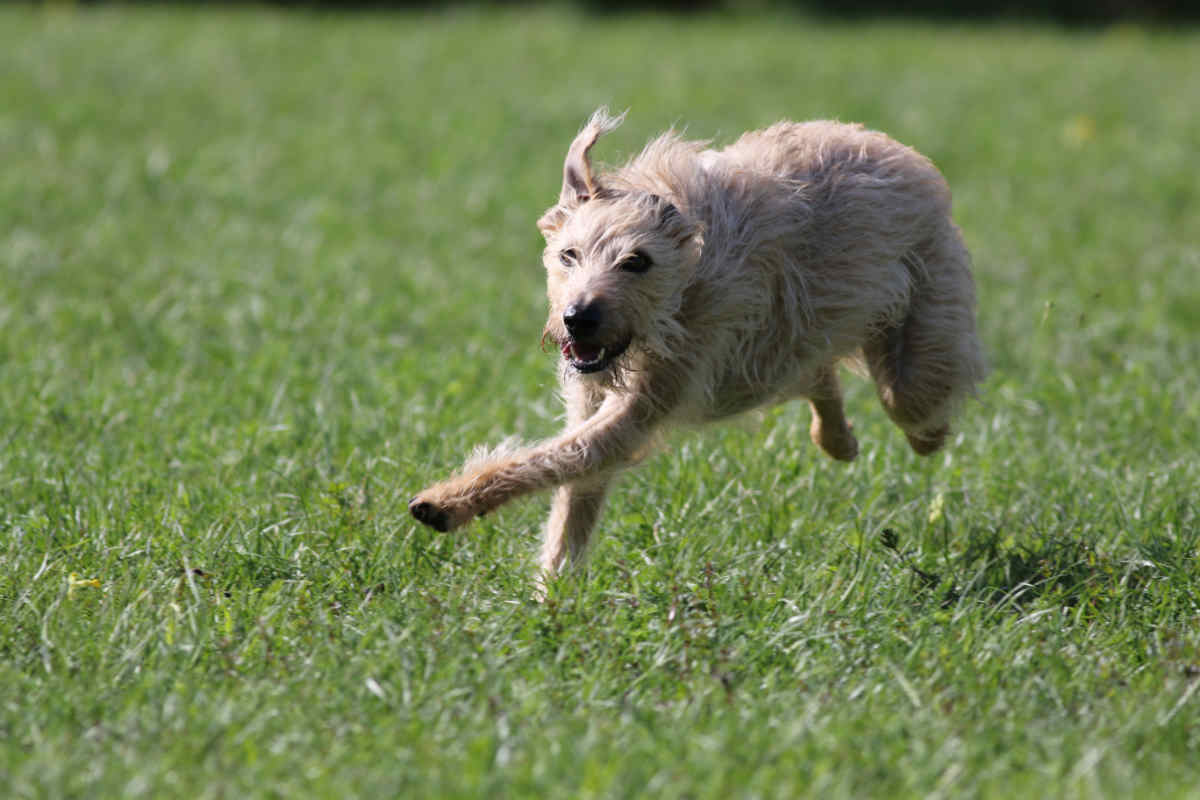 The Bedlington Terrier has an average lifespan of around 11 to 16 years, according to the American Kennel Club.

Bedlington Whippets will usually live to a similar age range of 12 to 15. 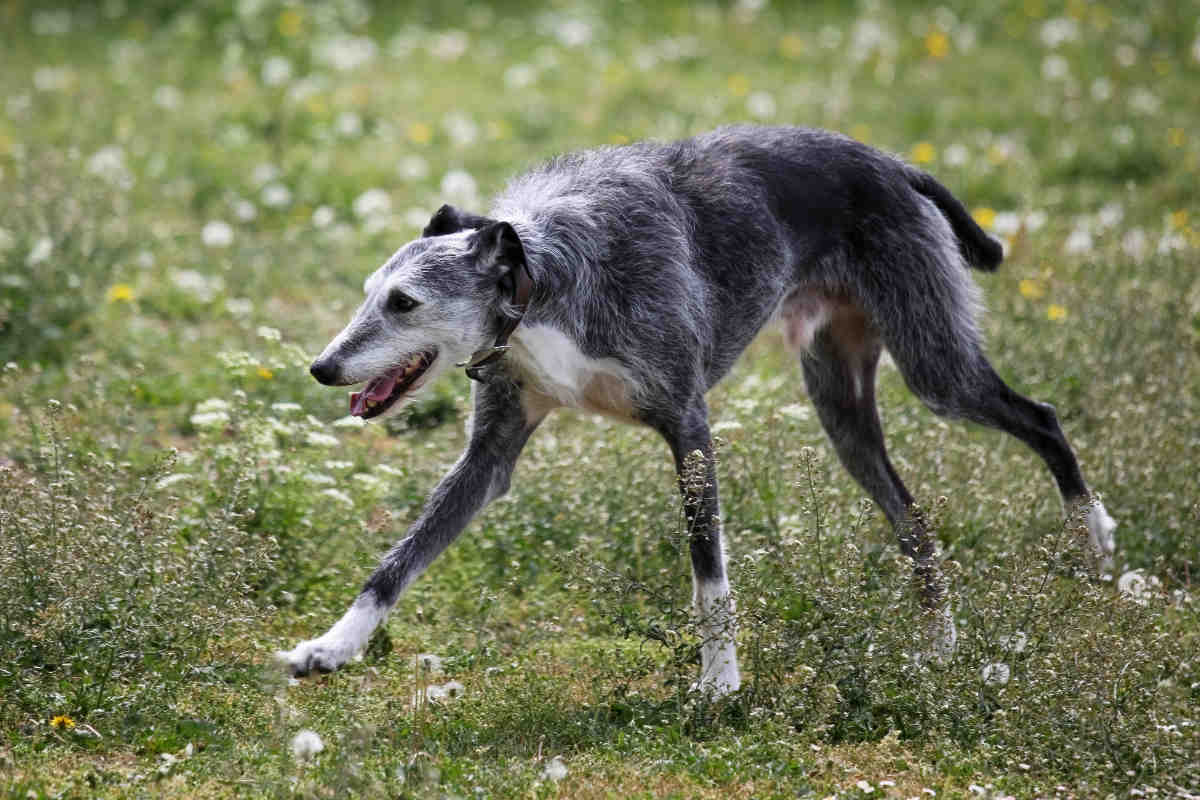 We’ve reached the end of our Bedlington Terrier Vs Bedlington Whippet article.

The Bedlington Terrier is a breed that has been around for two centuries and is recognised by both the American Kennel Club and the Kennel Club in the United Kingdom.

The breed was voted the 133rd most popular in the United States of America in 2021 despite their hypoallergenic qualities and laidback personalities in the home.