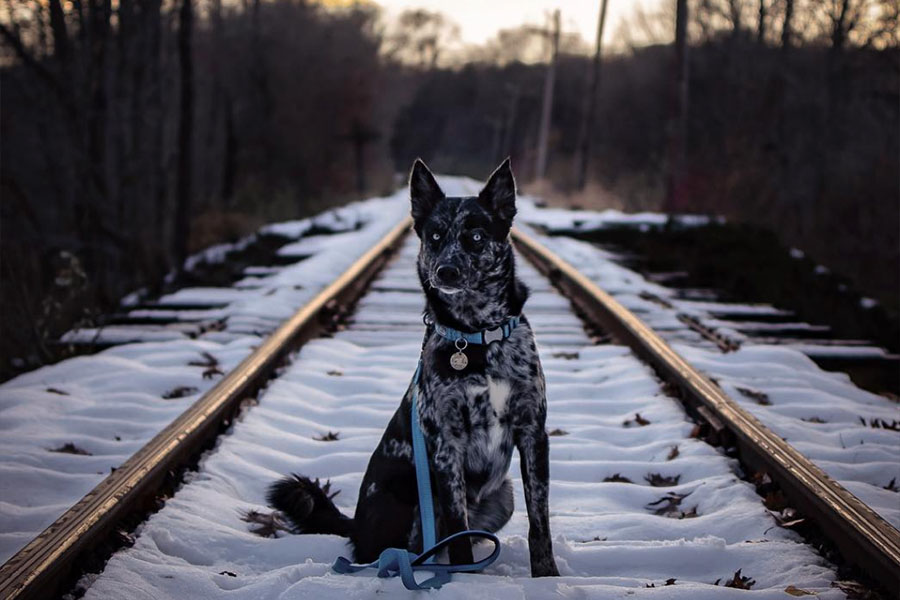 The Ausky dog is a mix between an Australian Shepherd and a Siberian Husky.

They’re a mixed breed that is the result of deliberate but more likely inadvertent breeding between a Australian Shepherd and a Siberian Husky.

Given both parents are active breeds, an Ausky will usually be an energetic dogs that requires regular daily exercise.

The Australian Shepherd is traditionally a herding dog, while Siberian Huskies are a working breed.

Of course, it’s impossible to predict the exact characteristics an Ausky will inherit from each parent.

In this article, we’re going to take a look at some Ausky photos to give our readers a clear understanding of these mixed dogs.

We’ll split this article on Ausky pictures into the following sections:

What is an Ausky?

The cross breed have existed for around 20 years or so.

An Australian Shepherd Husky mix can be the result of deliberate or accidental breeding between the two purebred parents.

When trying to figure out the personalities of Auskies, we need to take a look at the temperaments and traits of both parents.

Australian Shepherds originated in the mountainous regions between France and Spain. They ended up in Australia in the 19th century with Basque farmers. After some time Down Under, these Basque Ranchers moved to California where the Australian Shepherd breed surged in popularity.

These herding dogs have an innate instinct to guard and herd. They’re described by the American Kennel Club as “animated” and “attentive”. Aussie Shepherd are also a “high-energy, athletic dog”.

Siberian Huskies are sled dogs that originated in the northern region of Russia called Siberia. They didn’t arrive in Alaska, USA until the start of the 20th century.

They like to be in the company of other dogs and humans given their association with the nomadic people of Chukchi before Siberian Huskies became famous sled dogs during the Gold Rush.

The Ausky has an appearance that reflects both their Australian Shepherd and Siberian Husky parents.

Aussie Shepherds and Siberian Huskies are two of the most striking breeds in the dog world in terms of appearance.

Australian Shepherd Husky mixes have a striking appearance that will secure them attention wherever they go.

Siberian Huskies tend to be black and white, copper/red and white, grey and white, sage and white or all white.

Both breeds can have eyes that are are brown, blue, amber or any variation or combination. Bi eyed and parti eyes are not uncommon.

Now that we’ve got an understanding of the Ausky, let’s take a look at some photos of these beautiful mixed dogs.

Again, we have to point out that there’s no guarantee which physical traits an Ausky will inherit from each parent.

Judge has endless energy. I could take him for a 5 mile hike and by the time we get home, he’s already begging to go outside and play. 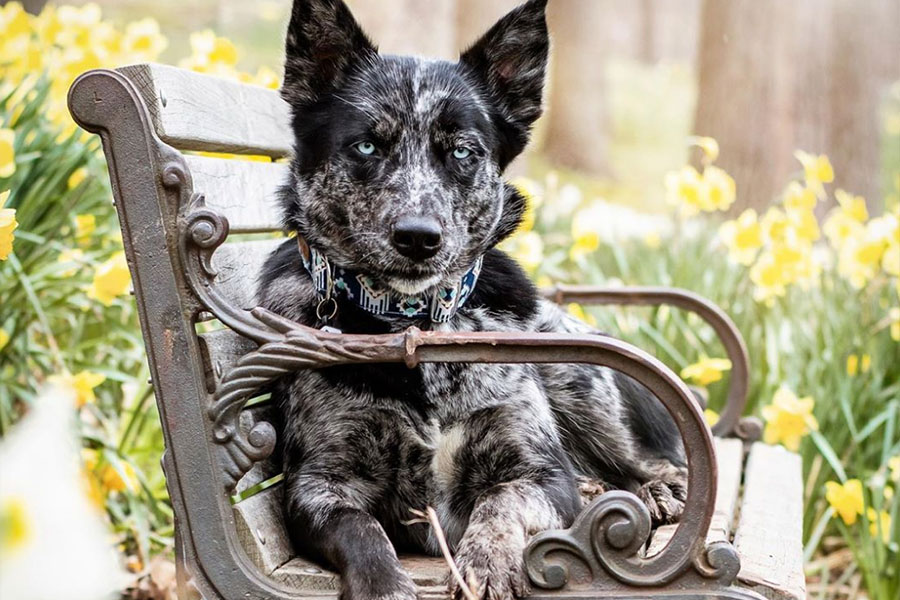 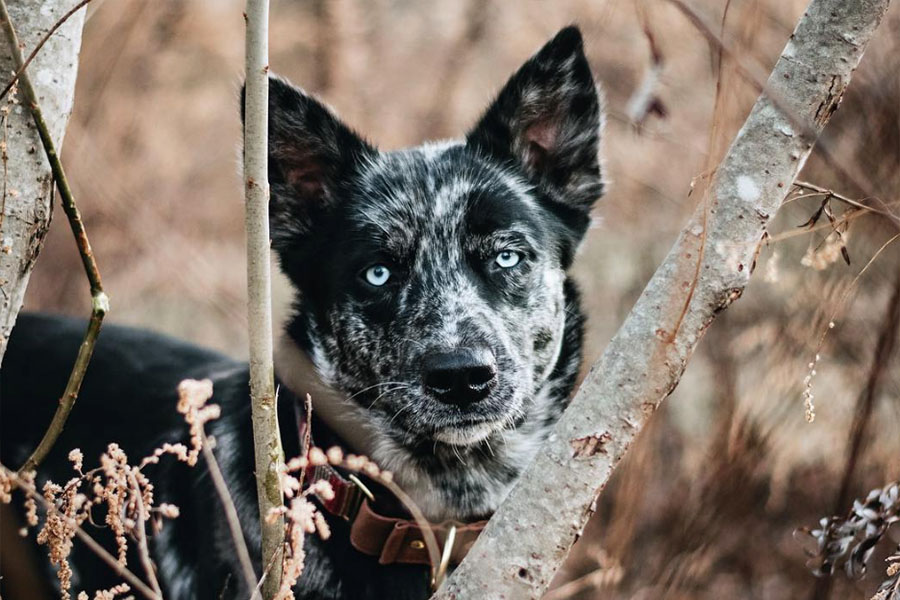 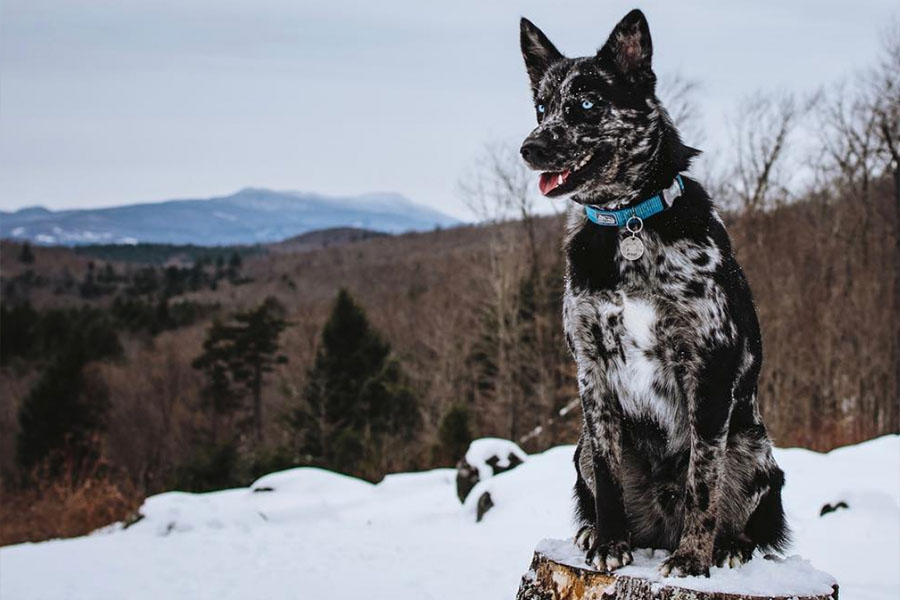 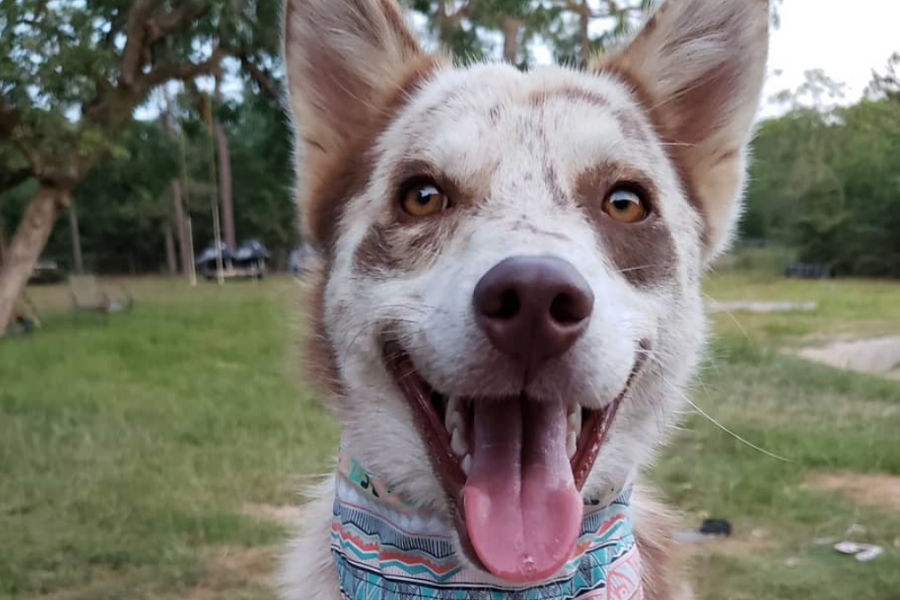 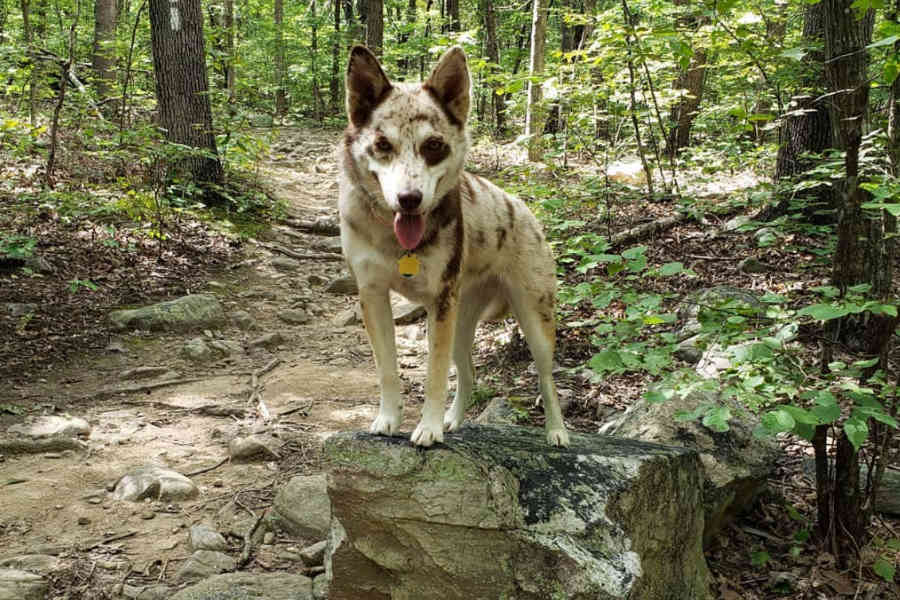 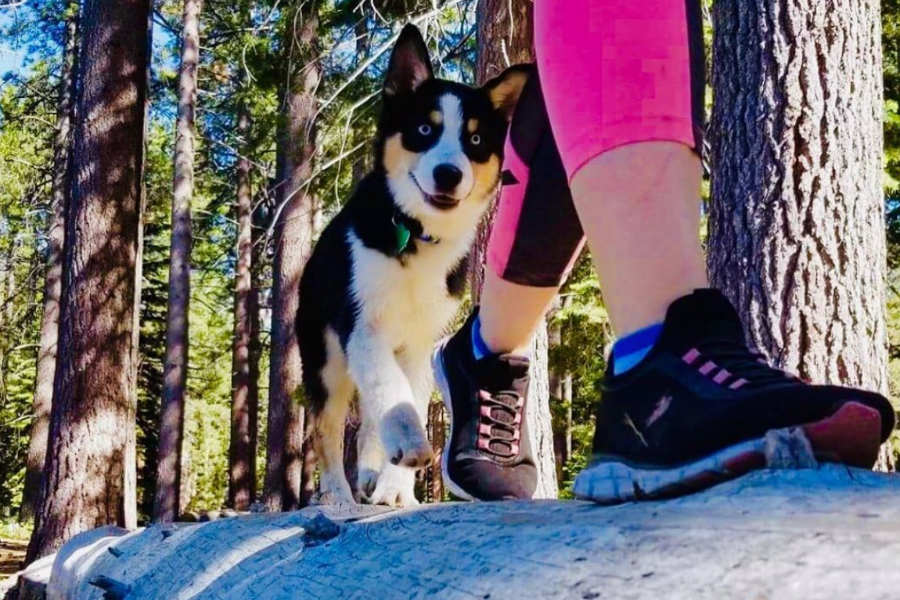 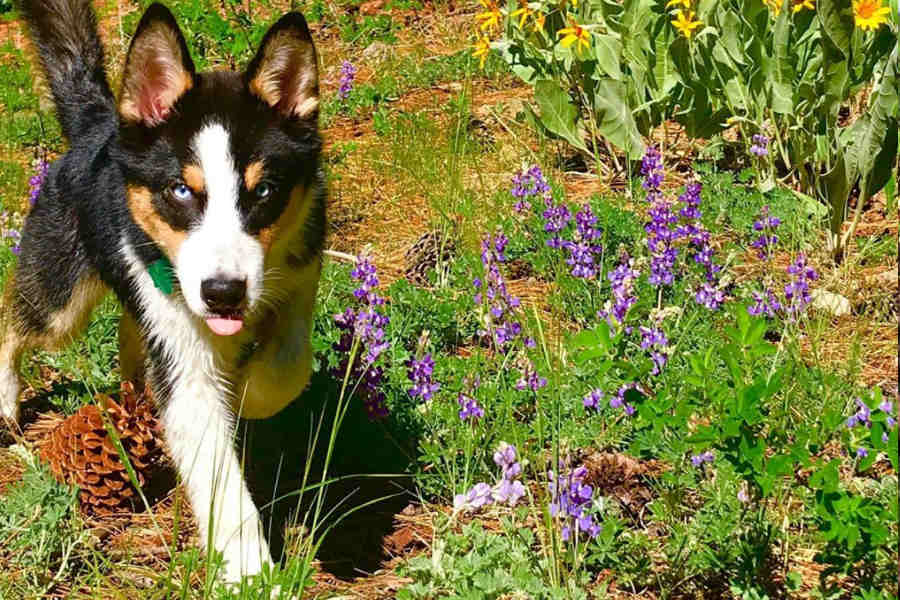 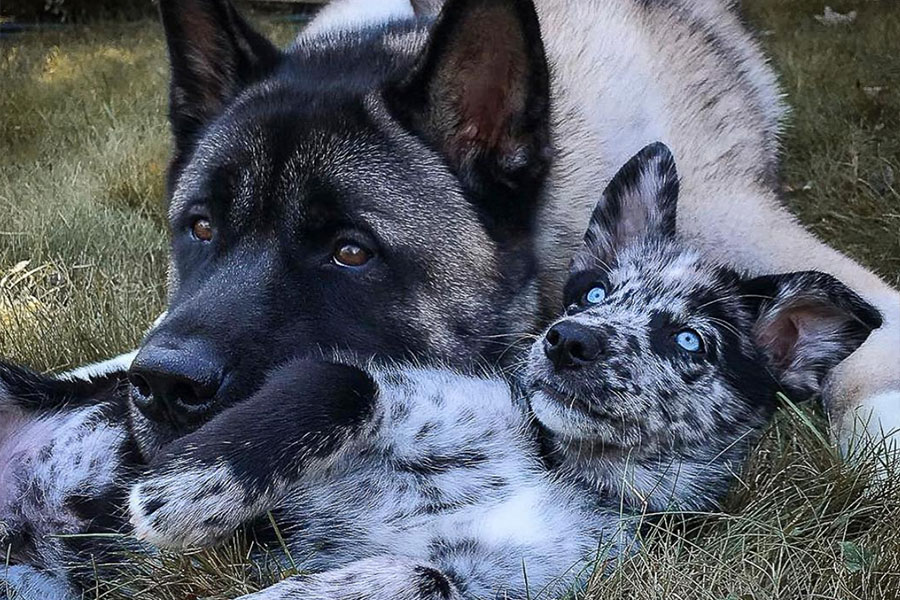 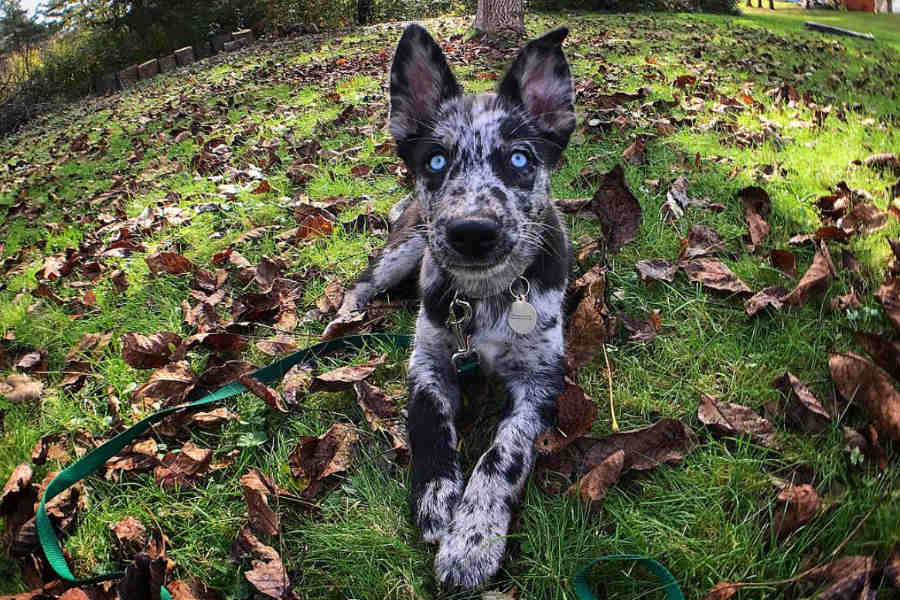 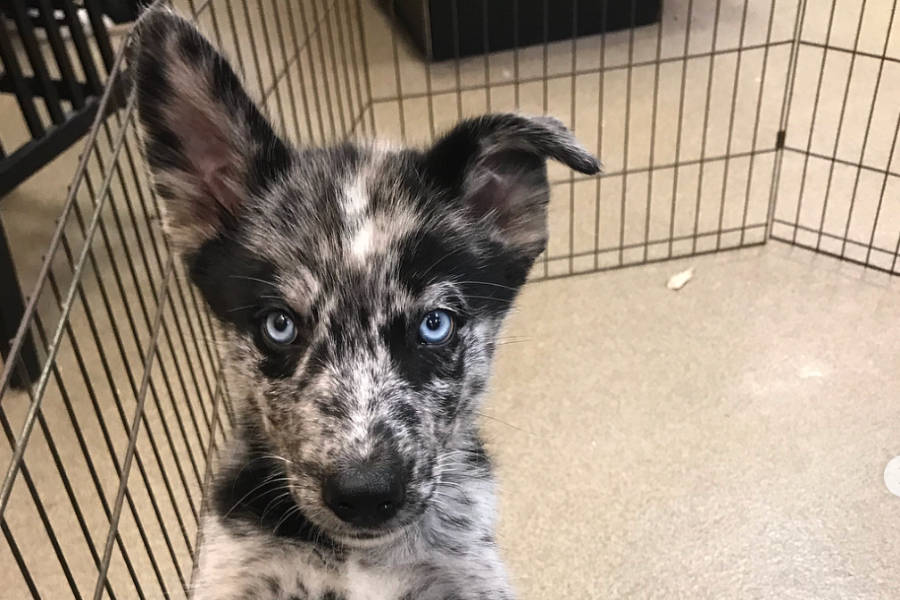 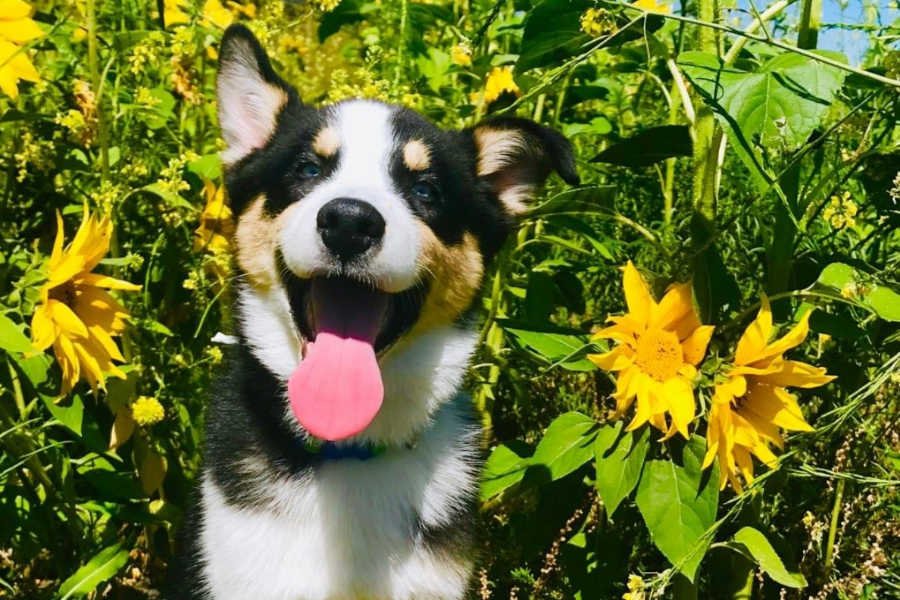 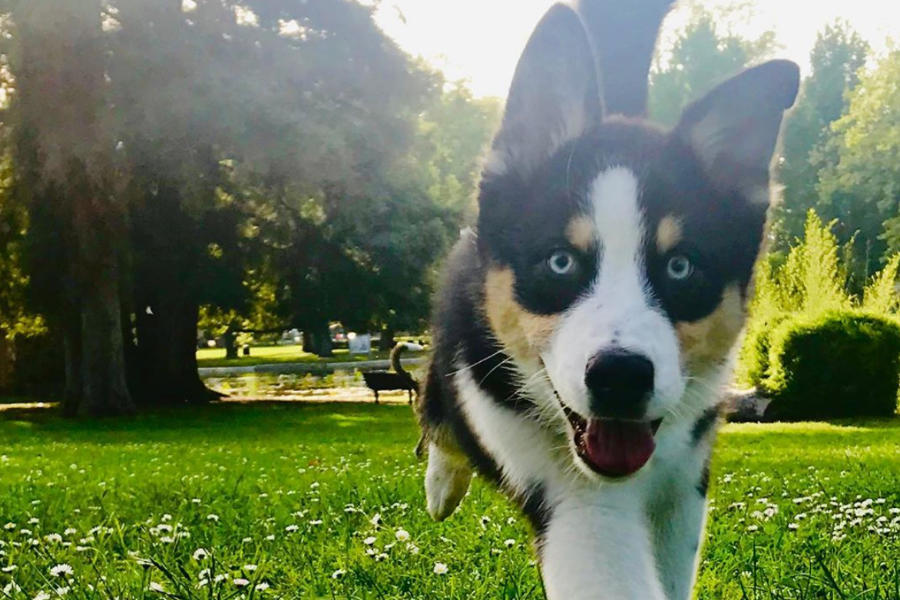 If you’ve been left intrigued by the Ausky pictures above, you can check out our feature on the Australian Shepherd Siberian Husky mix.

Alternatively, if you already own an Ausky, please feel free to drop us a message via our contact page.

In our experience, dog owners on Instagram can prove to be a great source of information. They’re usually more than willing to offer an insight into their dogs so prospective owners have a better understanding of the breed or mix breeds.

Here are three Ausky dogs to check out on Instagram:

So that brings us to the end of our Ausky pictures article.

The Australian Shepherd Siberian Husky mixes are certainly beautiful dogs that will leave you mesmerized by their striking eyes or coat colors.

As Ausky owners will attest to, be prepared to give these mixed dogs a lot of exercise.