20 reasons why you need Alaskan Klee Kai in your life 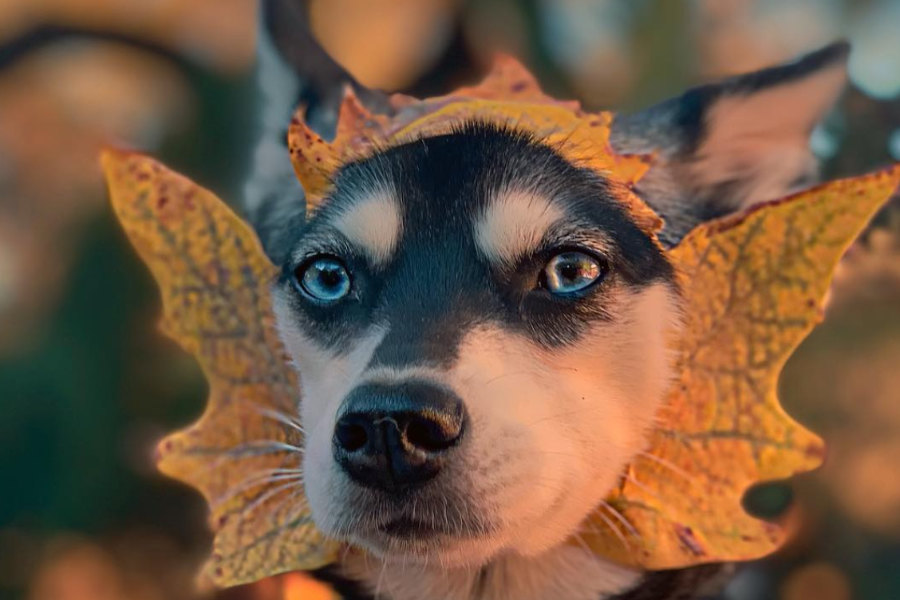 What’s better than a husky? A mini husky!

Meet the Alaskan Klee Kai, a small Spitz breed that share similarities to Alaskan and Siberian Huskies but come in a much more manageable package.

Often nicknamed mini wolves, Alaskan Klee Kai come in a variety of coat colors and sizes to make them a truly unique breed.

They get attention everywhere they go, they are super talkative and don’t take long to bond with their owners.

Still not convinced? Here are 20 reasons why you need an Alaskan Klee Kai in your life.

HBO’s Game of Thrones has made Alaskan Klee Kai a desirable dog for fans of the hit show. Given the breed look like little Dire Wolves, it is easy to see why these dogs would be at home with The Starks in the North.

2) Check out their white walker eyes

Not only do they share the same appearance as Dire Wolves, but Alaskan Klee Kai have those famous White Walker eyes. While these ice cold eyes might strike fear in the Seven Kingdoms, these adorable little dogs are all the more cuter for their pearly blues. They can also have brown eyes, bi-eyes or even a parti-eye to make their appearance even more striking.

3) Sansa Stark even has two! 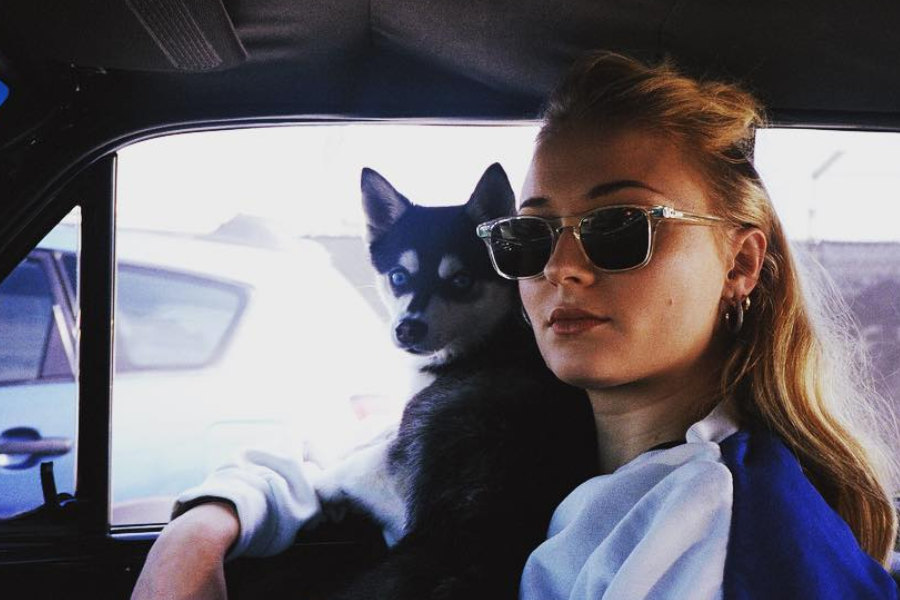 As if this breed didn’t have enough ties to Game Of Thrones, one of the HBO’s biggest stars is the proud owner of two. Sophie Turner plays Sansa Stark but lost her Dire Wolf to the sword of her father Ned Stark in season one. The actress brought home an Alaskan Klee Kai called Porky Basquiat in 2017. One year later, Turner and her husband Joe Jonas found Porky Basquiat’s brother and adopted him to reunite the siblings. 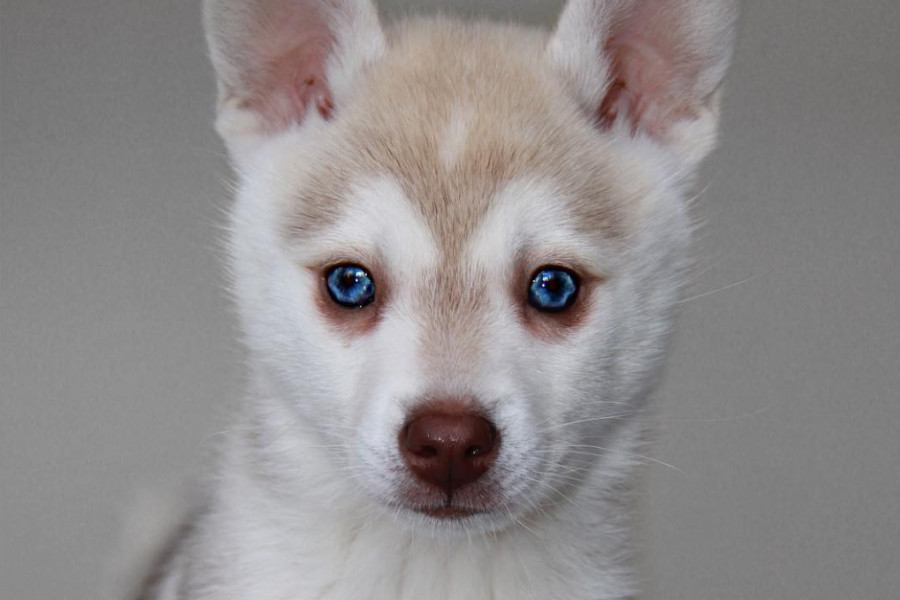 Of course, not everyone is a fan of Game Of Thrones but these dogs are growing in popularity due to their appearance and size. Alaskan Klee Kai have the markings of Alaskan and Siberian Huskies, which isn’t a surprise given these two breeds were used to create these “Mini Huskies”. The Klee Kai is a small dog, ranging from 10 to 17 inches tall, making them look like tiny little wolves.

These dogs love to communicate. They will regularly “talk” to their owners, letting them know they want to go for a walk, it’s dinner time or if they’re unhappy. They have cute little howls, too. Alaskan Klee Kai are usually one of the nosiest dogs in the dog park but it’s all part of their charm.

6) They make the perfect cuddle bug 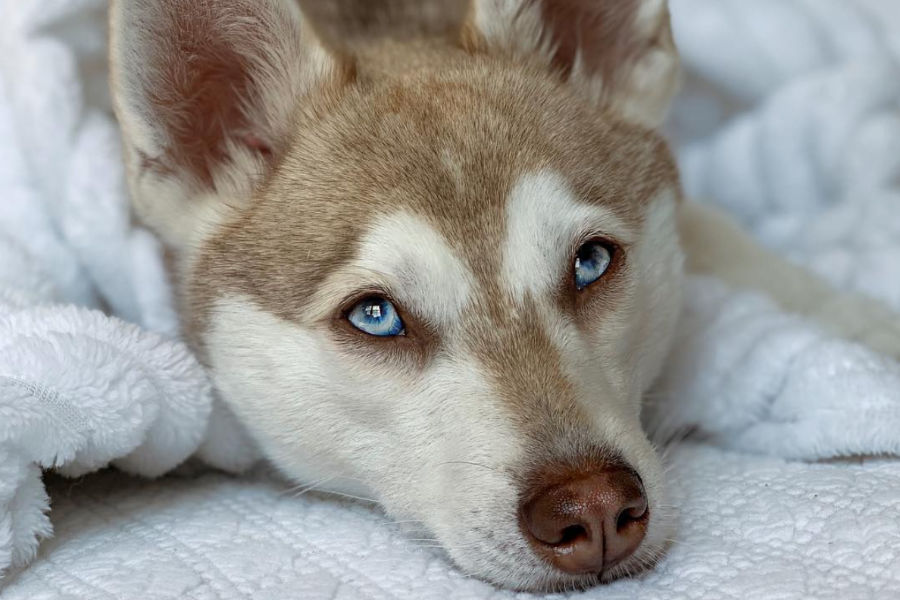 Alaskan Klee Kai are pack driven and love company. As a result, they quickly become attached to their human companions and will rarely leave their side. Given their small size, they make the perfect cuddle buddies on the sofa or in bed.

7) They have goofy faces 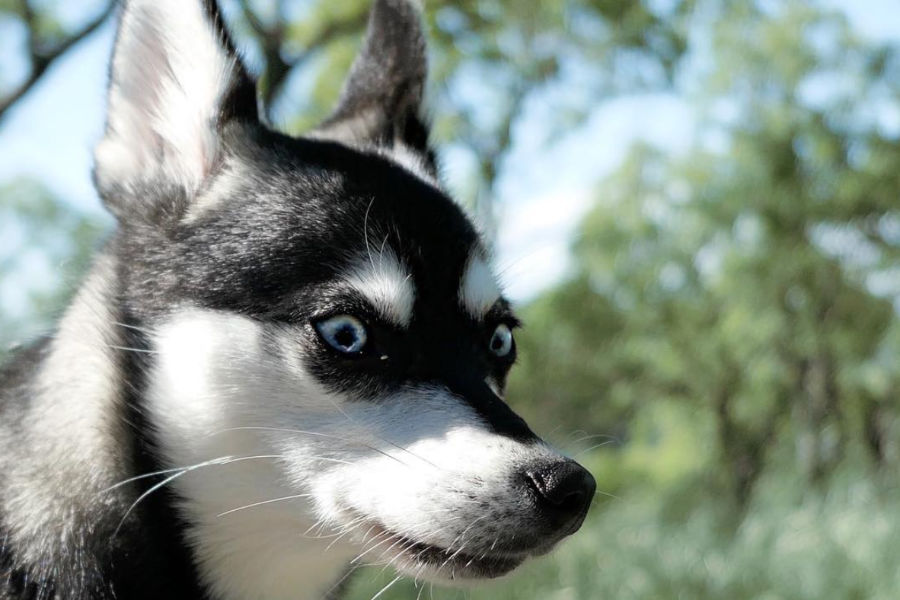 The Shiba Inu has firmly established itself as the number one meme-worthy dog breed but the Japanese pooches are facing stiff competition from Alaskan Klee Kai. They love to pull goofy faces, especially when faced with an unexpected surprise or the temptation of a fluffy tennis ball or juicy treat.

As if these dogs weren’t elegant enough, they have trademarked a fancy pose that melts hearts. The Klee Kai criss cross paws are a feature of this breed.

You will hear many Alaskan Klee Kai owners liken their dogs to cats. They love to perch themselves in high places, whether it be on your shoulders, on the top of a car seat or rest on the arm of a sofa. They enjoy walking on high surfaces like cats. Alaskan Klee Kai will often stare intently at their human or at random objects. The breed a quite independent and are often happy to do their own thing around the house (as long as their human is in view).

10) They come in different sizes


Alaskan Klee Kai are small dogs and come in three different sizes: Standard, Miniature and Toy. The breed can vary between 10 to 17 inches tall. The breed’s size is judged on their height rather than their weight. The toy size are around the same size as a cat, while the standard size can be quite big.

11) They come in different colors

🎶Stand By Me🎶 🇺🇸 ✈️ 🇬🇧 We are so proud of Skye and Copper. They have adapted so quickly to London despite moving over 5,000 miles from San Francisco. They’ve adapter quicker than their humans! Together, they can face anything. Makes our hearts full to see them happy together. Oh, and watching our new neighbourhood squirrels is fun too. 🐿

This breed has four different colors that come with their sub categories. White, black and white, gray and white and red and white are the four colors of Alaskan Klee Kai. Given the variety of colors, there is a huge amount of variety in the breed. 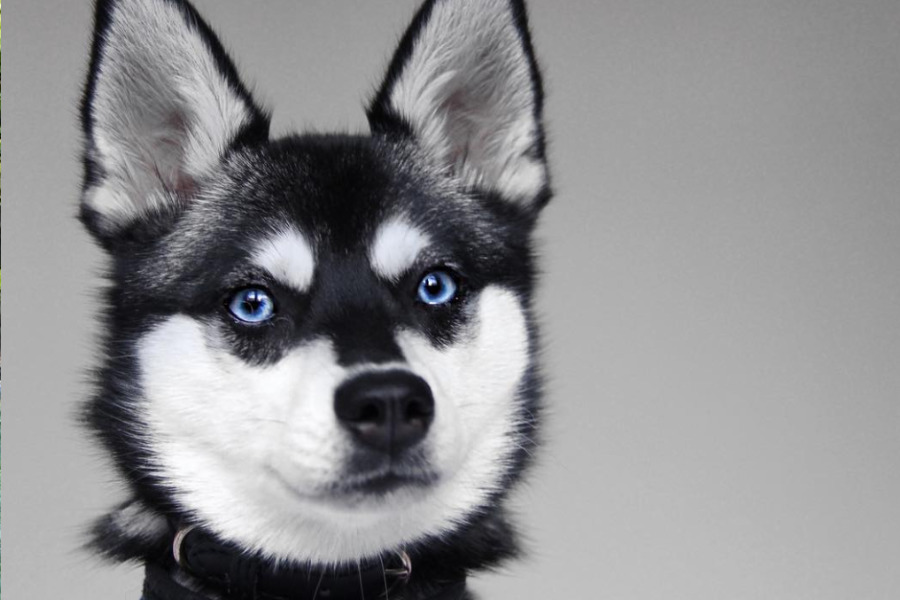 Alaskan Klee Kai are super smart. They believe in puppy power and can manipulate their owners if allowed to run the household. While you could find yourself in a battle for power, these dogs are quick learners and can be trained.

Given these dogs were created in Alaska, it won’t come as surprise to learn that Alaskan Klee Kai love snow. However, they are partial to a spot of sunbathing too. Like cats, they will regularly search out a place to lie down and bathe in sunlight.

14) Love kisses as much as the Irish

They love to receive affection from their owners. Alaskan Klee Kai were bred to be companion dogs and become very attached to their humans. They love to get belly rubs, tickles, kisses and most type of affection. 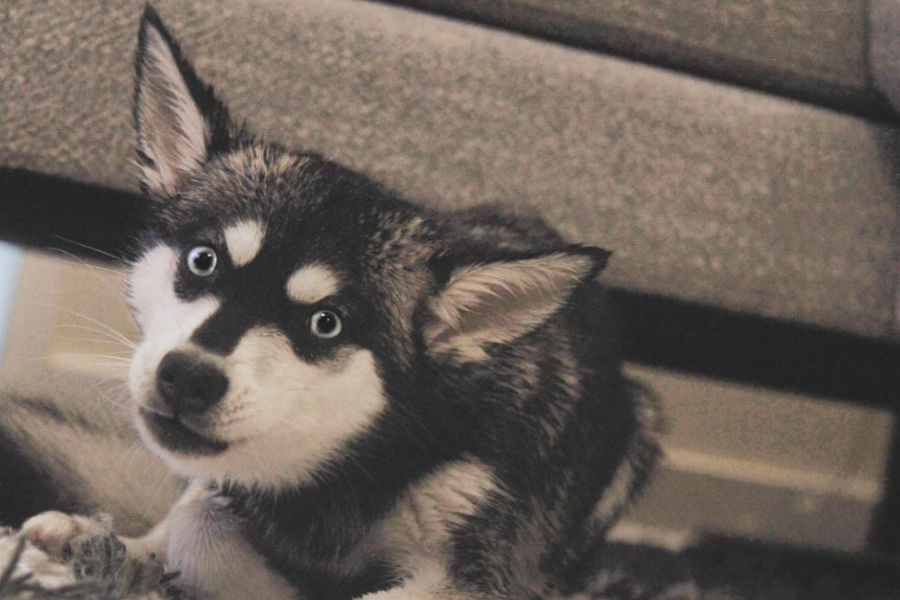 While Brussels Griffon owners love to dress up their dogs as Chewbacca, Alaskan Klee Kai have the perfect ears for a Yoda costume. When telling off their owners, Klee Kai will flatten their ears to make them look like our favourite Jedi Master.

They comparisons to wildlife don’t stop at wolves. No, if you own an Alaskan Klee Kai then you will have probably been told your dog looks like a raccoon.

While raccoon comparisons might be farfetched, the red and white Alaskan Klee Kai do look like mini foxes.

Do you want to experience life as a celebrity? Get yourself an Alaskan Klee Kai. It is impossible to go for a walk without getting stopped and quizzed about your little superstar. Be prepared for questions and lots of photos!

19) They love to explore 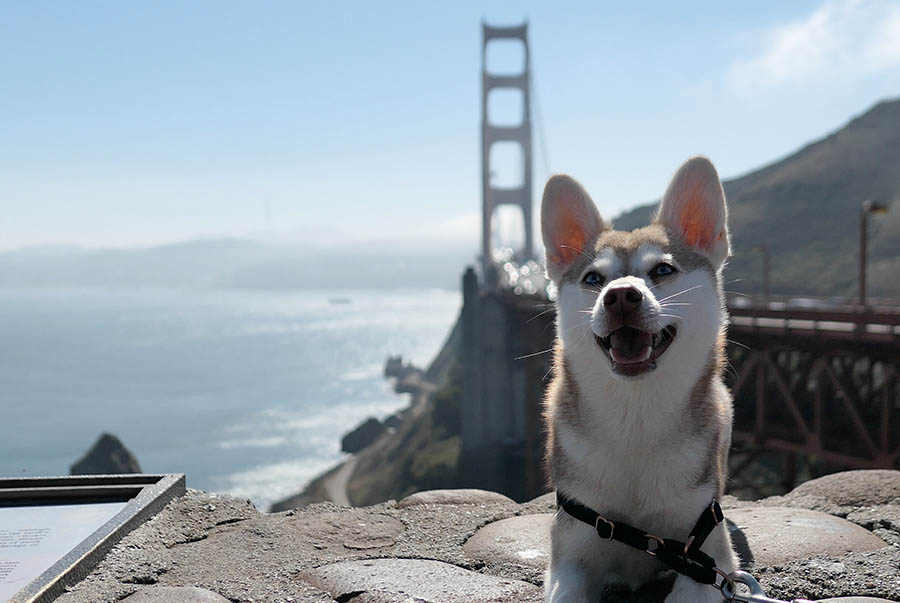 Alaskan Klee Kai are full of energy and love to explore. These dogs require regular exercise, which is hardly a surprise given Alaskan and Siberian Huskies were used to create these dogs. They can even upstage a landmark! 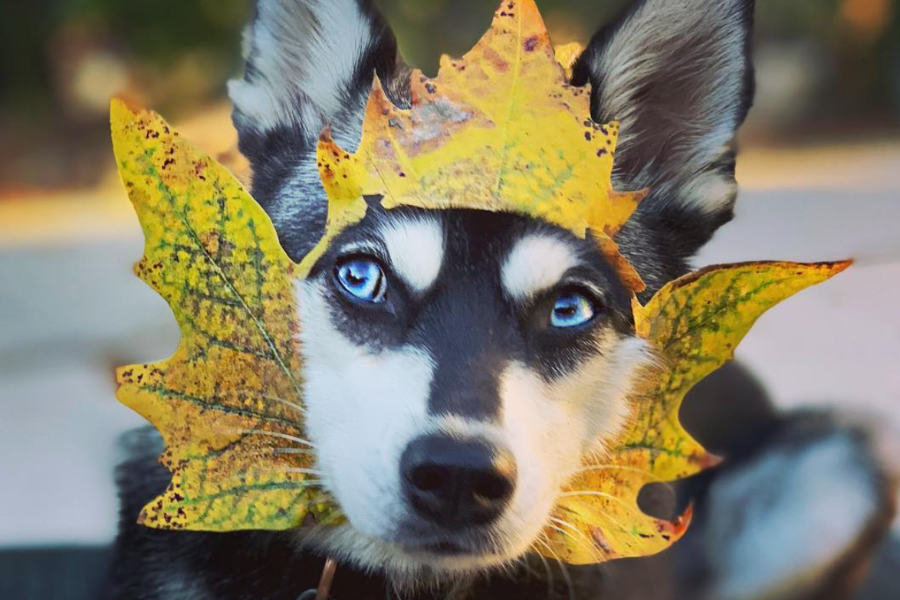 Alaskan Klee Kai are skittish around strangers – they’ve got the stranger danger down to a tee. It is an endearing characteristic that shows just how much your Alaskan Klee Kai has for you!