A Dachshund runs in the park (Photo: Adobe Stock)

Dachshunds are one of the world’s most popular breeds.

However, these dogs are quite the surprise package.

They’ve got big appetites despite being small pooches, while they’re extremely determined and fierce.

They have many different names throughout the world despite being best known as Dachshunds, proving particularly popular in the United States and on social media.

Here are 15 facts about Dachshunds that you need to know.

1) They come in two sizes 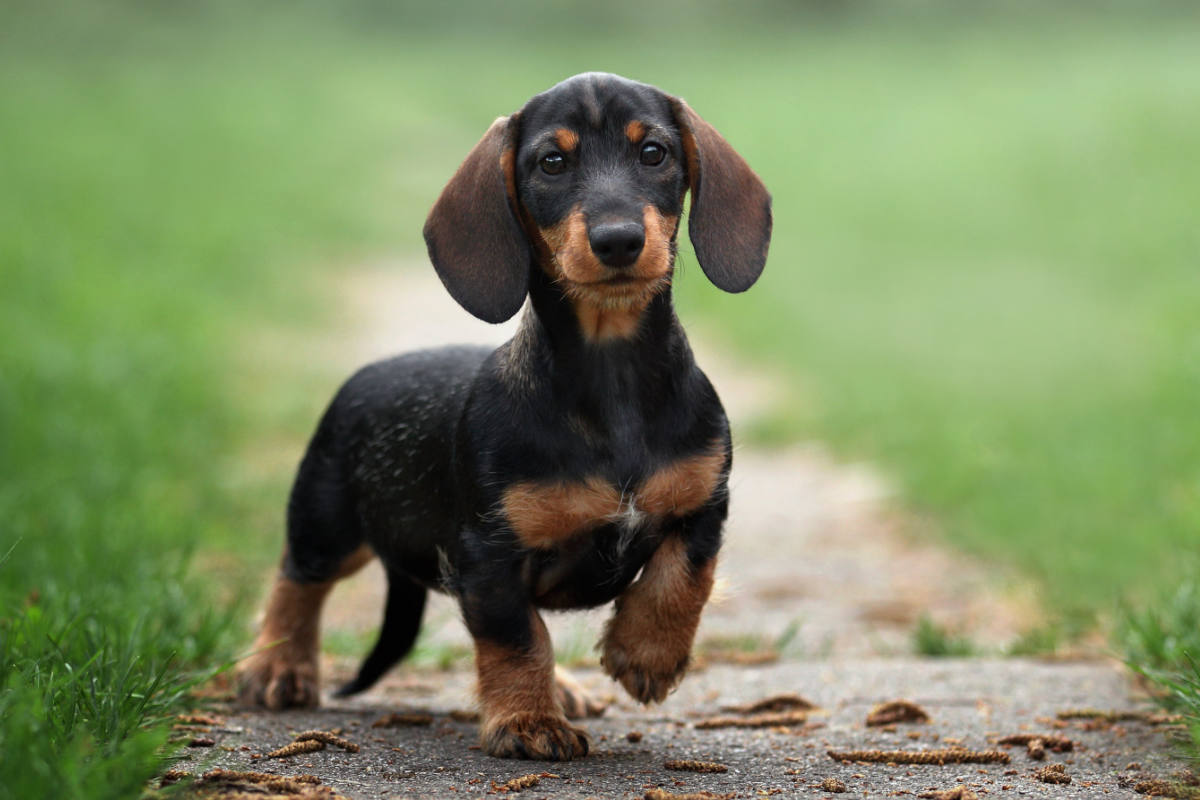 2) They have 15 different colors

While the black and fawn Dachshunds are perhaps the breed’s most common color, these dogs actually come in 15 different variations. Other familiar colors include red Doxies and dappled Dachshunds but there is a far greater range. Other varieties include: blue and cream, blue and tan, chocolate and cream and chocolate and tan. There are a number of different marking combinations that include brindle, dapple and sable.

3) They have three different coat types

As if there wasn’t enough variety in the breed already, Dachshunds have three different coat types: smooth coat, longhaired and a wire-haired. These three varieties all shed to differing degrees. The smooth Dachshunds do shed and need regular maintenance to avoid them giving off an odor. Wired haired Doxies require clipping to keep their coat in good shape. Unsurprisingly, longhaired Dachshunds need regular brushing to avoid their hair becoming tangled.

Having been used to portray anti-Germany propaganda in Britain and United States during the First World War, they suffered a decline in popularity. Kaiser Wilhelm II was a big fan of Dashchunds and had some of his own who landed him in hot water when they attacked Franz Ferdinand’s golden pheasants during an infamous visit. The rise of the Nazis almost led to the demise of the Dashchunds again in the 1940s. Their scientists even claimed that they successfully taught the dogs to speak and read.

They may look cute but don’t be fooled, these dogs are fearsome canines. Dashchunds were bred to hunt badgers and other borrowing animals in Germany almost 300 years ago. Hence, the meaning behind their name: “badger hound”. This might explain why these dogs have a reputation for borrowing under blankets and pillows.

Given their use in anti-Germany propaganda in the World War I and their association with Nazis during World War II, the Doxies weren’t the most popular dogs. However, their image got a boost when they became the first ever Olympic mascot in Munich 1972. Waldi the Dachshund was created in 1969, two and a half years before the major event. They were fitting mascots given the breed are athletic and strong pooches.

These dogs have a wide range of names, including sausage dog (United Kingdom), Tecken (France and Germany) and Bassotto (Italy). However, they have also attained the nickname, hot dogs. According to some historians, Germans initially called hot dogs, dachshund sausages. However, there is a lot of uncertainty about this.

8) Queens seem to love them

While Queen Elizabeth II is a big fan of Corgis, one of her predecessors Queen Victoria was a huge admirer of the Dachshund breed. The monarch said about the breed: “Nothing will turn a man’s home into a castle more quickly and effectively than a Dachshund”. Queen Victoria may have been the first British monarch to express an interest but the reigning Queen has bred Doxies with her beloved Corgis to produce the Dorgi.

9) The USA loves them

They may have been used as propaganda during World War I and were tarnished by the Nazis in World War II, but Dachshunds have well and truly bounced back in the United States. The Doxies are the 13th most popular breed in the United States as of 2017 (they were as high as seventh in 2007). The breed is popular amongst celebrities, including British pop singer Adele who has a little Doxie called Louis.

Dachshunds are good watch dogs – they will bark to alert their owners of strangers at the door, movement outside the apartment or home or any unknown noise. They have a particularly sharp bark which is distinctive to the German breed.

Queen Victoria lived to the age of 64 and was one of Britain’s longest-serving monarchs. Queen Elizabeth II has surpassed her age and her reign following 66 years sitting on the throne in Great Britain. The Doxies usually live to around 11 or 12, but they have been known to reach 20 (in dog years, that is 140!). 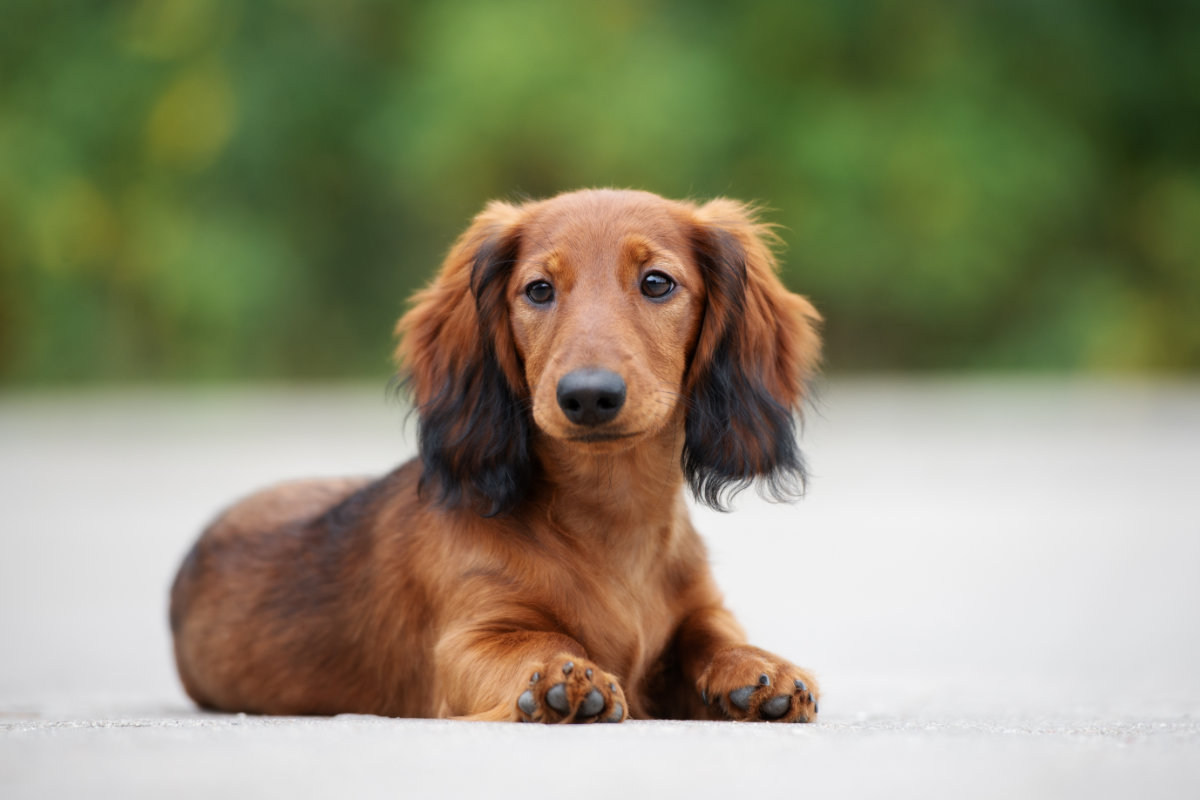 Dachshunds can prove difficult to train and have earned a reputation for doings their own way. However, owners shouldn’t fret as consistent and patient training can help to solve this issue and make these tiny dogs a good family pet.

13) They’ve got lots of different names

While these dogs are small in size and stature, Dashchunds have surprisingly big appetites. So be prepared if you bring one of these Doxies home. However, it is important that Dashchunds get regular exercise. Otherwise they can quickly become obese, which can lead to problems with their backs and spine. You can learn more about the best dog food for Dachshunds here.

Given their roots lie in hunting badgers, it should come as no surprise to learn these dogs are extremely athletic and agile. As a result, they make the perfect pooches for competitions. They are quick learners and food driven, so these sausage dogs don’t take long to learn a routine or navigate through an obstacle course. While their bodies are long and their legs are short, they tend to great at jumping through hoops and running chutes.