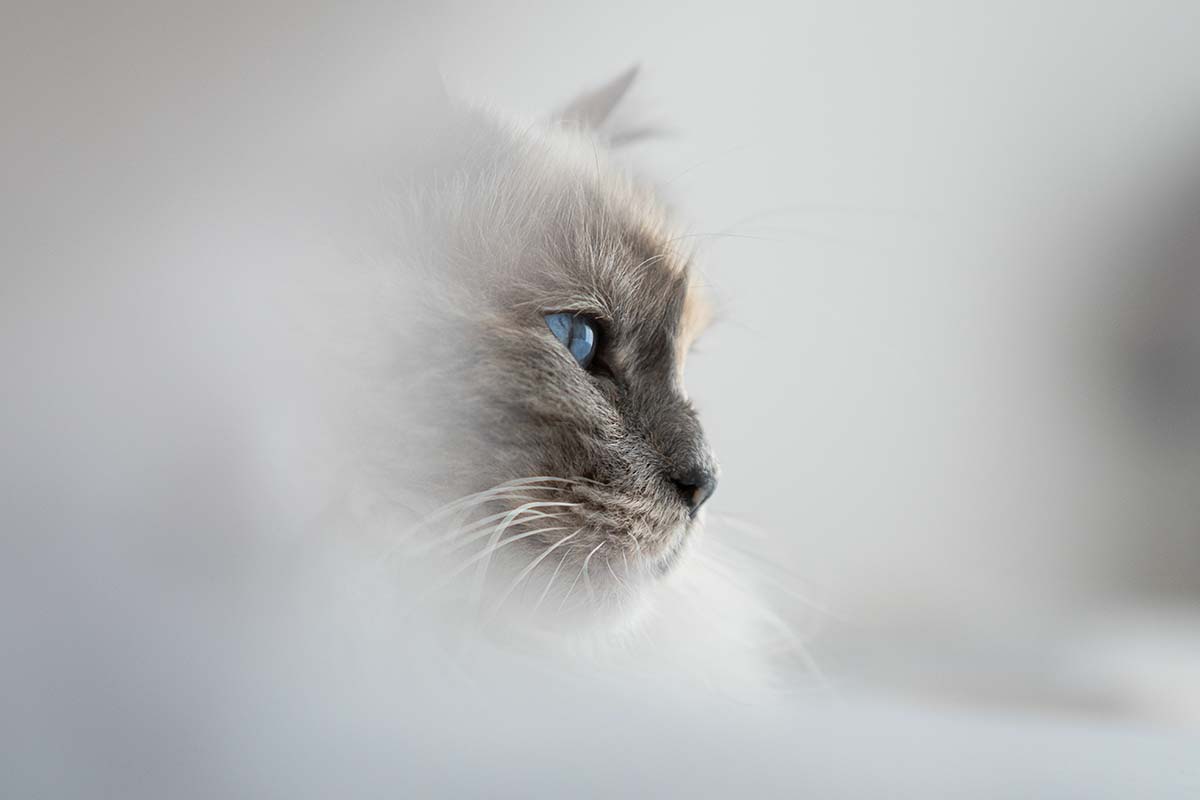 Gentle, loyal and friendly, Birman cats might not be one of the best known cat breeds yet, but they’re growing in popularity every year.

So, where do Birman’s come from? Most cat breed origins can be traced back a long way, but Birman cats are something of a mystery.

The closest we can get to an answer is their alternate name, colloquially known as Sacred Cats of Burma (modern-day Myanmar) – which accompanies stories of them as the companions of temple priests.

Things become a little clearer when they were first registered at the Cat Club de France in 1925 (Birman being derived from Birmanie, the French name for Burma), before almost going extinct during World War 2.

Slowly restored in Britain by 1965, they have since gone on to help create new breeds, such as the Ragdoll, but remain a beautiful cat in their own right.

But how do you know if they’re the one for you? Let’s explore the pros and cons of Birman cats to help you decide if this is the fuzzy companion for you.

Perhaps the first thing people notice about Birman cats is their beautiful colours. The original Birmans were all seal point (much like Siamese cats) – which means a lighter fawn-coloured body that melts into darker shades at their extremities, like face and tail. Today, the options are far more varied, with blue, chocolate, red and tabby points all on offer thanks to work from passionate breeders over the years.

Unlike other pointing cats, Birmans don’t point on their paws, which often makes them look even more adorable, as (@lordmorkockhyperion) agrees:

The colour points, but the Birman’s are special, because theirs ends at the paws. It’s like they’re wearing white gloves!

Affectionate, friendly and loyal, Birman cats have the kind of personality everyone wants from a furry friend, which makes them perfect for any household – especially families. They’re social animals too, so much so that it’s recommended to get pairs of them so they always have a friend to play with.

Naturally curious and intelligent, it’s easy to train and teach them to enjoy things like grooming if you have enough treats – as (@moulera) agrees:

Birmans are relaxed cats to care for, very affectionate and gentle. Of course, she LOVES being brushed, even her tummy, and learned to expect this treat at least once per day, even though she doesn’t need it, and we love to take turns, it’s quite a game! 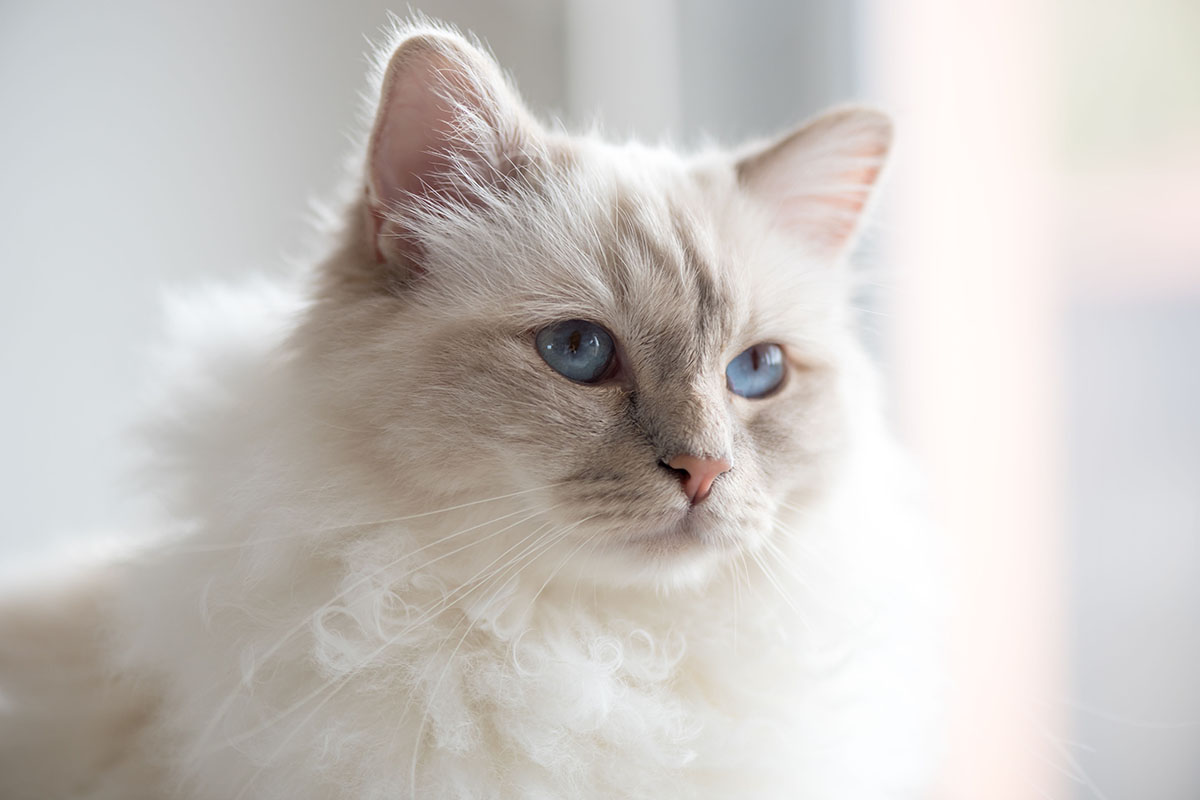 There’s a reason that Birman cats always cause such a stir on Instagram, and it’s their dazzling blue eyes (although the fluffy coat helps too).

In fact, it’s the best way to know if your beautiful Birman is purebred. All kittens are born with blue eyes, regardless of breed, thanks to a lack of pigment. Other cats will develop the pigment at around five to six weeks old, but Birman’s don’t – meaning their eyes stay stunningly blue throughout their adult life. Making them not just the stars of Instagram, but your heart too.

Just ask (@catjudgement), who wanted to share their thoughts on the cutest types of cats with, simply:

Clearly, we’re not recommending you base which cat you choose on whether or not a famous person owns one – but sometimes it’s nice to know that certain celebs agree with your choice of fluffball, especially one as stylish as Karl Lagerfeld.

Named Choupette, this sapphire-eyed Birman was Lagerfeld’s muse, even inheriting some of his millions when he died. But it’s comforting to know that even a cat with two maids and the finest foods shows the same instincts as yours and mine.

In an interview with Harper’s Bazaar, Karl explained: 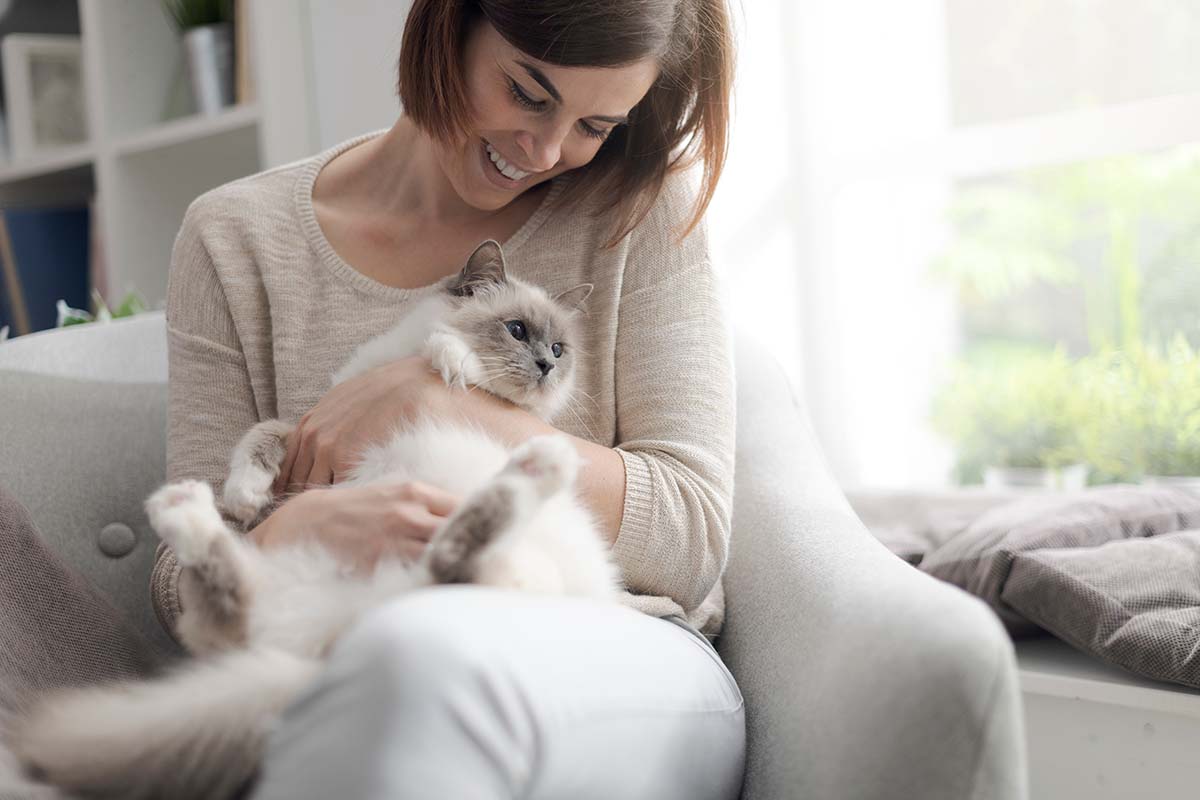 As well-built cats with a healthy appetite, Birmans have a tendency to become overweight if you don’t keep a careful eye on their nutrition. That means resisting the tendency to free feed (keeping their food bowl topped up all day), and instead opting for deliberate meals twice a day to avoid overfeeding – or more for kittens.

After all, a leaner cat is a healthier cat, reducing the risk of issues like arthritis or diabetes in later life, which can be expensive and difficult to manage, as Birman owner (@snickerlish) knows only too well:

I lost my cat last year who had diabetes and IBS – a very difficult combination. For many years I gave him daily injections, frequent glucose monitoring, etc. You know how it goes. I would do it all over again, as I know you would, because we love them. Thousands of dollars later, I’m also researching and contacting Birman breeders for the same reasons.

Kidney disease is one of the biggest threats for Birman cats, especially inherited issues like Polycystic Kidney Disease, or PKD for short.

They can be assessed for impaired kidney function at a young age, but if found – there’s a chance of kidney failure as they get older. Treatment includes medication and diet changes, so keep an eye out for common symptoms, including: weight loss, vomiting, excessive drinking and increased peeing.

While there’s no known cure, management treatments are also possible for other Birman predispositions too – such as Haemophilia B. Much like in humans, it manifests as abnormal blood clotting, leading to bumps, bruises and bleeding being much more severe – so keep a close eye out for anything unusual.

Outside of medical issues, there are a few health concerns to be aware of for Birman cats too.

The first is their internal plumbing (bowels) which can be quite narrow and sensitive, meaning it’s easier for hairballs to get stuck than with most cats. Searching for solutions? Cat grass is the go-to solution to help them move through – or pick up some anti-hairball paste from your local pet store if you prefer.

The second concern is also a breed-related issue, their teeth. Notoriously, as Birmans get older, they develop more dental issues – although their natural quietness and high pain tolerance makes it tough to spot until it’s too late.

As a mature Birman owner, (@neurocat727) knows all about it…

My Birman has only her canines, frontal teeth and 4 molars left. In December the canines need to be removed. Vet assured me they can get old with just 2 teeth entirely, since they don’t need to chew (but she’ll need a different type of feed). The problem is the teeth start to rot from the inside out. So make sure to keep track of that, if left for too long it can lead to nasty things that end with -Itis or sepsis. 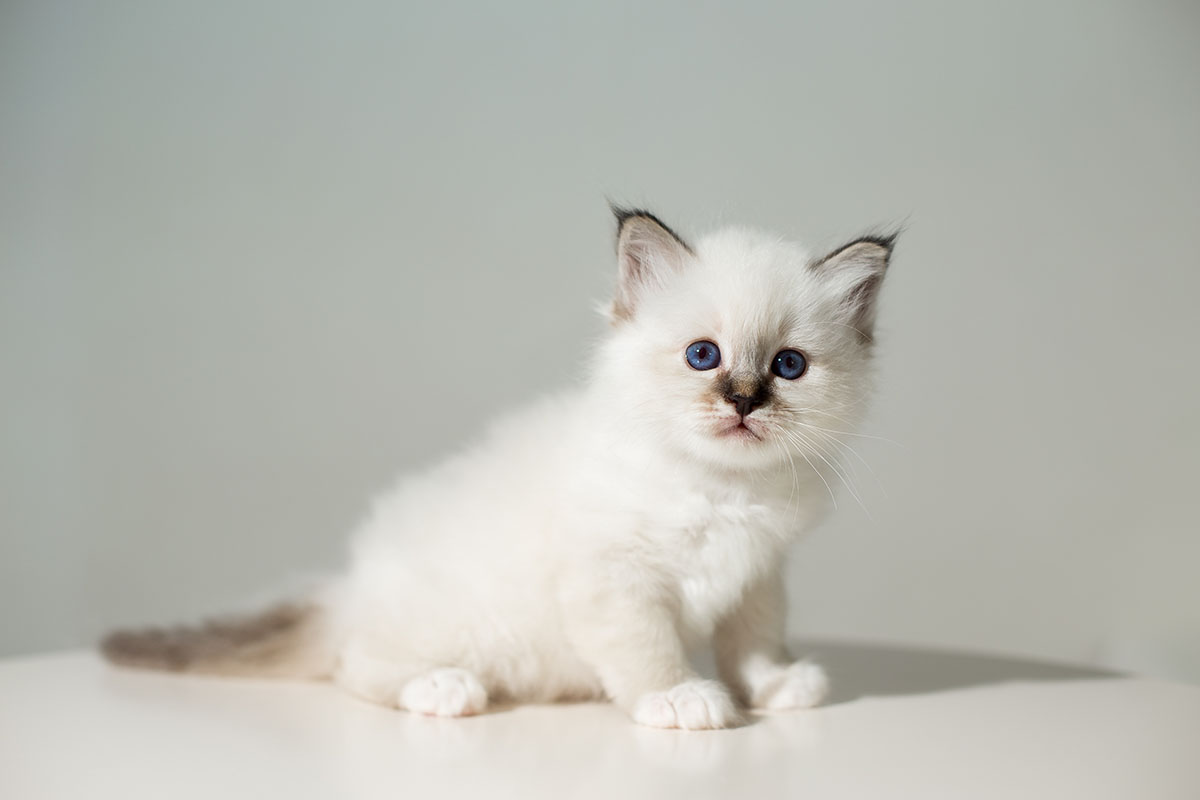 We appreciate this one may be a double-edged sword, but for a lot of people – their cat’s purring and meowing is one of the highlights of owning one. Whether it’s knowing that your furry friend is communicating with you and potentially responding to what you’re doing, or is just happy to see you, their noise can be a perk.

Birman’s by contrast, are one of the quietest cat breeds around. Their softly spoken nature may be a benefit to some, but it also makes them less likely to be chatty. And when they do meow or yowl, it could be a sign of boredom, illness or anything else. With no reference point, it’s hard to tell – unless you’re (@vapoursandspleen):

Normally, they are quiet and well behaved, but mine is a bossy cat who likes to yell and nip my feet when she is bored.