Why Do Dogs Throw Up After Drinking Water? 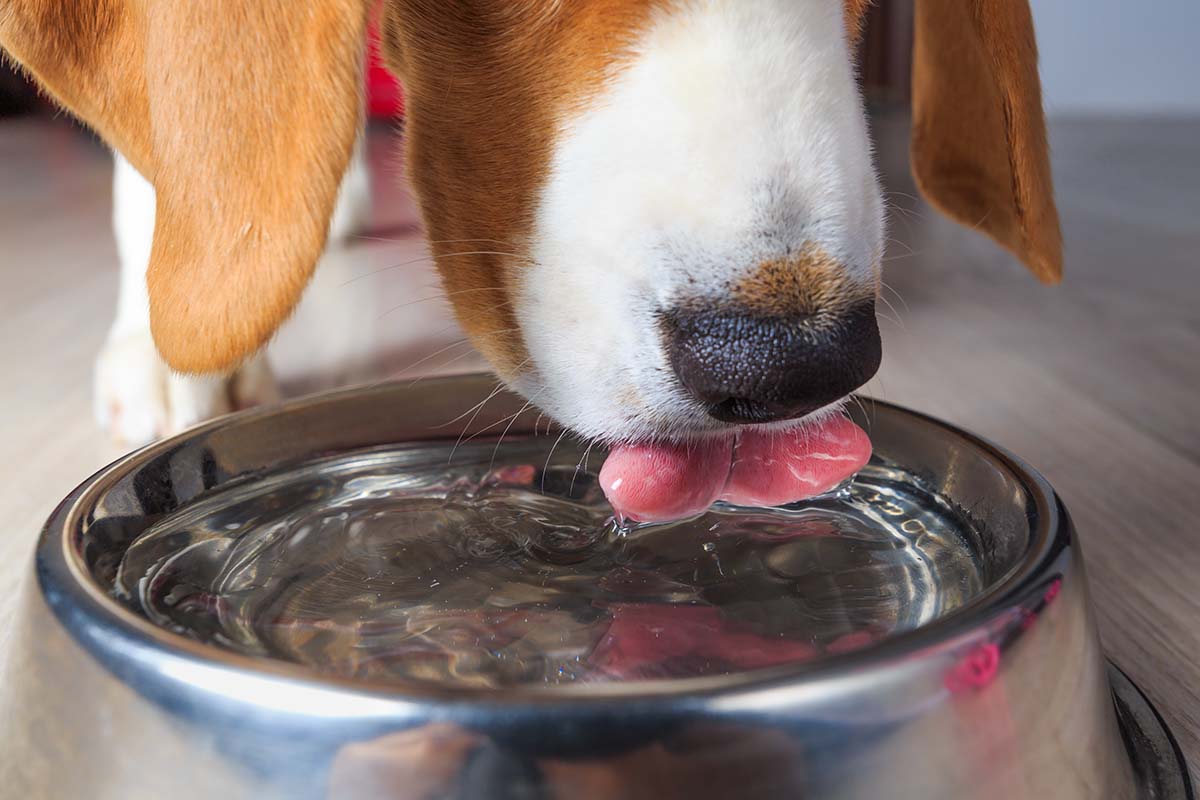 Have you noticed that your dog has been throwing up after drinking water?

If so, you should stop reading this article and contact your veterinarian immediately because it could be a sign of a serious illness.

The reoccurring theme from all the experts in this feature is to call your vet if you’re concerned about your dog vomiting after drinking water.

Perhaps your dog throws up after a sip of water occasionally or it just happened once then you may be curious to learn the reason behind this behaviour.

In this article, we’re going to hear from seven experts, ranging from vets to dog trainers, to shed more light on this topic.

Editor's note: The content on this website is meant to be informative in nature, but it should not be taken as veterinary, medical or professional advice. Our articles and the products featured in them are not intended for use as diagnosis, prevention, and/or treatment of health problems for you and/or your pet. It's always best to consult your vet regarding any health issues your pet may have.

When attempting to determine between these two categories, in the veterinary field, because we cannot speak to animals and they cannot verbalize their ailments, it is most logical to first investigate the medical causes for such an abnormality rather than attempt to prove the behavioral causes of such an abnormality. If medical investigation proves unfruitful then we back into a diagnosis of a behavioral problem, in most cases.

Regarding the behavioral causes of vomiting after drinking water, It is a matter of habit with how that particular dog drinks water. Perhaps they are the kind of dog who has a scarcity mindset, let’s say, where due to prior abuse or traumatic personal experiences in that dog’s life, they drink as though there is uncertainty as to whether or not they will have water available to them going forward.

Alternatively your dogs personality be maybe one of excess, where they do not just over-drink water or drink it at an abnormally rapid speed, but they do everything in their day-to-day activities in a similar way. Whether it be how they eat their food, play, interact, or exercise, they may be excessive with everything that they do in which case, in the question of vomiting water, they simply drink too much or too fast at one time because that is how their personality operates.

Perhaps there is competition in the household between the pets, and your dog will drink an excessive amount of water to compensate for that level of stress. Or there may be stress for any other reason, and one symptom of excessive stress in dogs is polydipsia or drinking supraphysiologic amounts of water. If they drink an amount of water that is supraphysiologic then they may vomit.

At any rate, there are a variety of behavioral considerations for why a dog would vomit after drinking water. It may be through simple investigation in your household that the behavioral reason can be ruled in or ruled out. Otherwise if these patterns are not obvious, then we must investigate the medical category first.

There is one more condition that somewhat overlaps between the two broad categories of behavioral and disease. Although this condition is primarily characterized as disease, psychogenic polydipsia is a condition in animals where they are prompted to drink excessively to the point where they become ill from drinking copious amounts of water. Otherwise the reasons for vomiting water in your dog have to be differentiated as mentioned above.

One final thought I suppose for vomiting water, and only water, would be something related to the environment. For example, perhaps the water has contaminants in it, or the water bowl is not clean, having mold in it, for example. These are factors that may matter in some cases but go mostly unrecognized probably because your typical pet owner would ensure that their dog does inhabit an environment that is hygienic.

Eaten Too Much Food

Dogs can throw up after drinking water for a number of reasons. One is that the dog is not acclimatized to the temperature of the water, so it is likely to cause them to have a tummy ache or diarrhea.

Another reason is if the dog has eaten too much food and then drinks water, it may cause them to throw up. Another reason could be that they are suffering from cardiac problems or any other type of illness, which could also lead to vomiting. 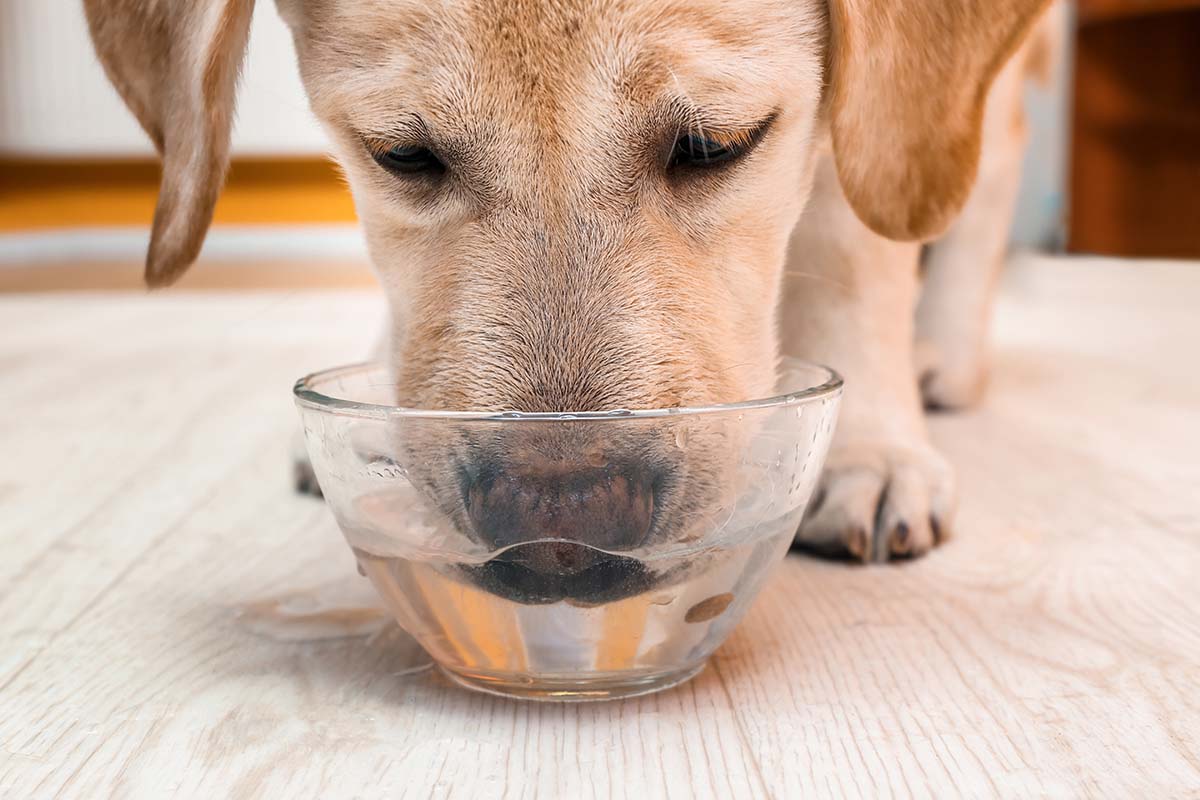 Most of the time, a dog throwing up after drinking will simply be the result of drinking too much water too fast. This is especially the case after exercise, when a dog might be panting while trying to drink. It’s usually nothing to worry about. If a dog tends to drink too fast and vomit after eating, you might consider adding water to their food and reserving the water dish for a few minutes until the food has settled.

Dogs can throw up because they have eaten something that disagrees with them or is poisonous, or there may be an underlying medical problem. Just keep in mind that while vomiting is commonly associated with gastric problems, other health issues could also cause vomiting.

Dogs vomit to get rid of foreign objects and illnesses. If your dog has eaten something they shouldn’t have, they may vomit shortly after. Dogs can also vomit if they have an upset stomach or other gastrointestinal issues. Dogs can even throw up water when dealing with hydration issues or a fever.

Signs of an ongoing issue include eating small amounts of food (less than normal), poor appetite (or loss of appetite), high-pitched whining sounds when breathing, excessive panting for no known reason (such as hot weather), and obvious discomfort in dogs such as coughing or difficulty breathing. If your pet is constantly vomiting without showing any signs of illness (vomiting blood), then take them to see a vet immediately. You should also contact a vet if it happens just once or twice, you never know what is causing these issues so having them checked out is always recommended.

If your dog is throwing up water and not eating, it may be a sign of one of two issues: a canine stomach bug or something called megaesophagus. But before you take your pup to see his vet, consider these ideas for ways to keep him hydrated until you can get in for an exam. Both conditions will require veterinary care; however, keeping him well-hydrated can help stave off some of their worst effects. 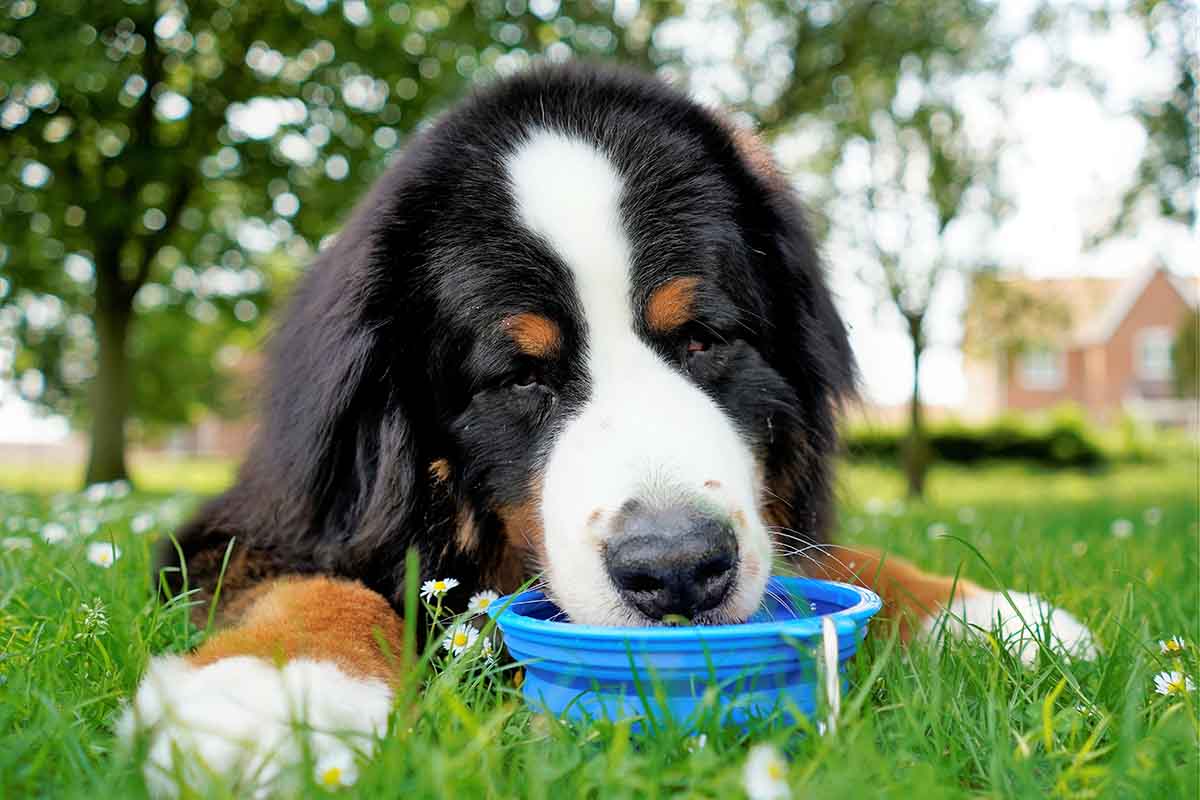 Water Could Be Too Cold Or Too Hot

Dogs also throw up after drinking water because they are dehydrated. If they drink too much water in a short period of time, the excess fluids in their body will be redistributed, which will cause them to feel nauseous and want to vomit. This is especially true if the dog has been exercising or playing outside in the heat for an extended period of time.

Dogs have a higher water content in their body than humans do. When they drink water, the water may be too cold or too hot for them and can cause stomach irritation. The irritation causes the dog to throw up.

Dogs may also experience nausea from drinking too much cold water, or because they are not used to drinking water at all. Dogs may just be having a bad day and are feeling sick in general which leads them to throw up after drinking water as well.

Dogs should not throw up after drinking water. If this is happening, it needs to be looked into. If the dog is drinking to excess, this could be a sign of a medical issue such as diabetes or kidney disease.

Similarly, if the dog has other symptoms (like food refusal, lethargy or a fever) then this is telling us there is more going on. If a healthy dog throws up water, it may be that the water was contaminated or that it was too cold.

It is also possible that the dog drank it too quickly or in excessive amounts.

It helps to ensure your dog always has access to clean water, kept at room temperature. Tap water is just fine, though some owners will offer mineral or rain water. 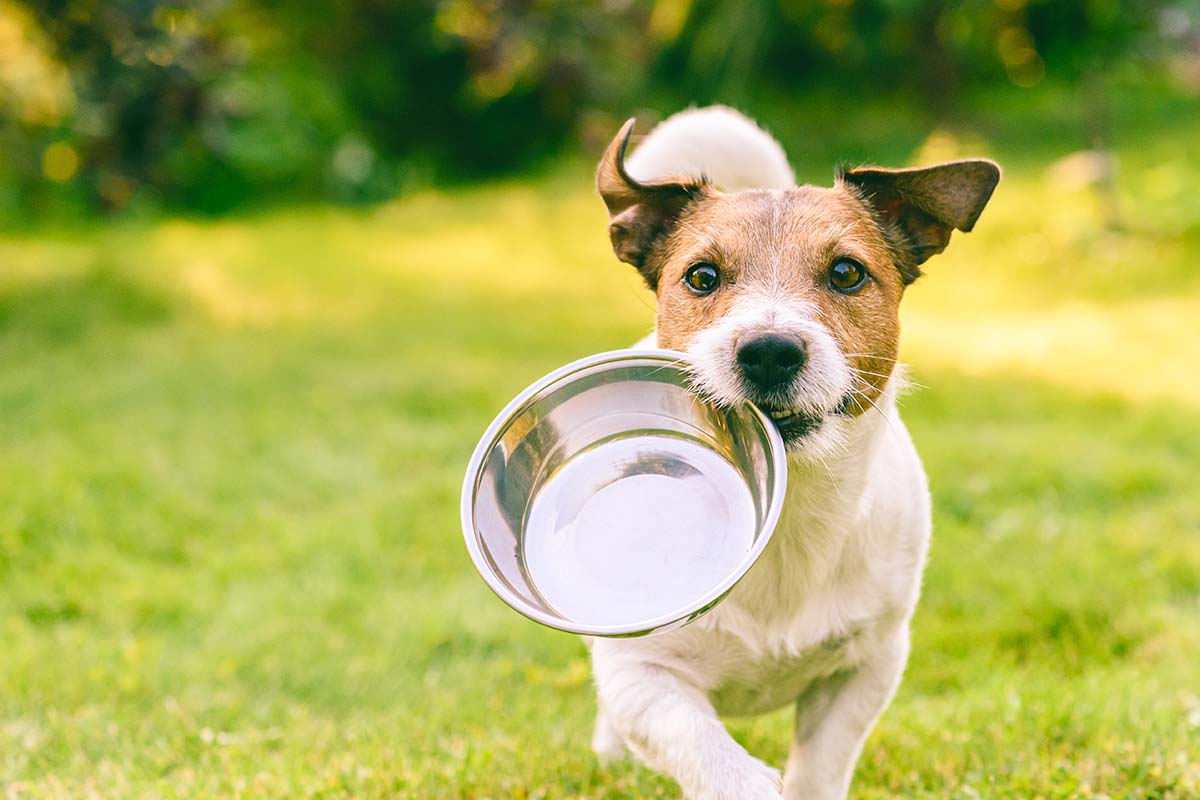 Lara Girsko, Veterinarian And Chief Editor At The Pet Staff

Drinking fast and contaminated water will make dogs throw up after drinking. One of the top reasons your dog may vomit after drinking water is because it drank too quickly. This happens when the stomach is not ready to keep anything down. If your dog’s vomit is liquid and clear, then that is the most likely reason.

Another possible reason is when your pet drinks contaminated water. Puddles of water for instance, are polluted and can contain viruses, chemicals and bacteria that can make your dog throw up. To prevent illness, always carry clean water with you on dog walks and other outdoor activities. Always make sure that your dog is well hydrated before going to the dog park to avoid them drinking water from puddles as well.

If your dog drank from a puddle of water and is continuously vomiting and looks sick – please see a vet immediately.

Why Does My Dog Have Flatulence

Why Is My Cat’s Third Eyelid Visible?