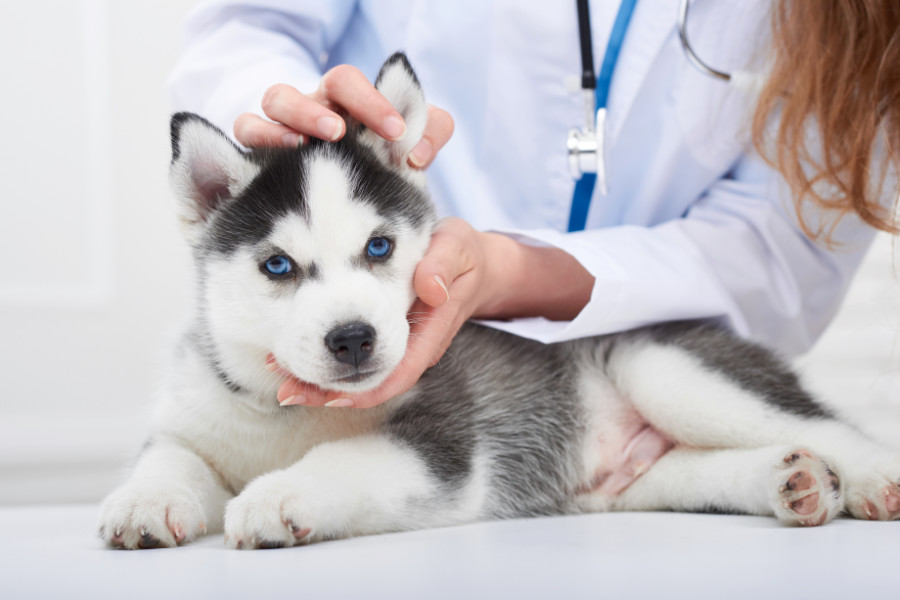 A Siberian Husky gets his ears checked at the vet (Photo: Adobe Stock)
By Cat the Vet
Updated on 5 August 2021
Expert Content

If your dog is scratching its ears or shaking its head a lot, it could be a sign that your pup has ear mites.

You’ll usually be able to spot ear mites due to a build up of wax in the ear, although it can be a sign of another potential issue as well.

The scientific name for ear mites is Otodectes cynotis mites. It’s a common parasitic infection that can affect a lot of dogs.

Ear mites are treatable with some antibiotics or topical ointments after a trip to the vet, who’ll confirm the presence of such an issue.

While you may find some so-called home remedies to treat ear mites in dogs online, we advise making an appointment with your local vet.

Cat the Vet will go into more detail about ear mites.

Don’t fret if you think your dog has ear mites. It’s quite a common issue.

These infectious organisms will usually appear as little white dots – but they can be microscopic in size so they could be difficult to spot.

Ear mites will usually be found living inside the ear canal of the dog’s ear, feeding on wax and oils secreted by the skin.

They can multiply quickly if the problem isn’t addressed. Their eggs will usually hatch within four days of being laid.

Ear mites can develop into fully fledged adults in less than a month, which can pose a potential infestation.

How do you know if your dog has ear mites?

If you’re worried that your dog has ear mites, there are some symptoms that could highlight their possible presence.

Usually dogs will be itching or scratching their ears using their paws a lot. The itchiness can prompt canines to persistently shake their head.

The issue is more common in younger dogs, but isn’t exclusively restricted to pups.

You might find the ears are quite waxy as well. The wax will usually appear in a dark brown color. While it could be one of the symptoms that you’d see for ear mites, the presence of a dark brown wax doesn’t necessarily mean mites – it could be something else.

If the irritation is really bad and a dog has been itching or scratching its ears, they can become inflamed and red. Sometimes the ears will omit a strange odour.

How do dogs get ear mites?

What to do if your dog has ear mites?

If you think your dog might have ear mites, you should make an appointment with your local veterinarian. They’ll use an otoscope to look down your dog’s ear canal to see what’s going on.

Your vet will take a cotton bud and swab the ear to collect a small sample. They’ll look at the sample under the microscope to look for ear mites – or any other possible issues that need to be addressed.

Can I treat my dog at home for ear mites?

Your vet can apply what are called spot-on treatments to address the issue. You’ll need a prescription from the vet to get the treatments after an examination (or if the vet has seen them in the past year). The vet can also give ear drops if needed. Most ear drops will work to kill off the ear mites as well.

Are ear mites in dogs common?

While you may suspect ear mites, a lot of the time ear infections are a more common problem. Alternatively, a lot of dog breeds are prone to allergies. People will come in and say their dog has an ear mite but it’s an allergy or ear infection. It’s often a different thing rather than ear mites.

Can you treat without a stay at the vet?

It’s simple to treat. Your local vet will look down the ear canal using an otoscope to see whether there are ear mites. If there are, they’ll give the dog owner some ear drops or spot on to treat the issue.

Should you suspect that your dog has ear mites, the best course of action is to contact the vet.

If ear mites are left untreated, in some severe cases, it could lead to permanent damage such as hearing loss or loss of balance.

Regular baths could be a good preventative measure. By washing your dog regularly, you may be able to remove any mites clinging onto your pet’s hair. 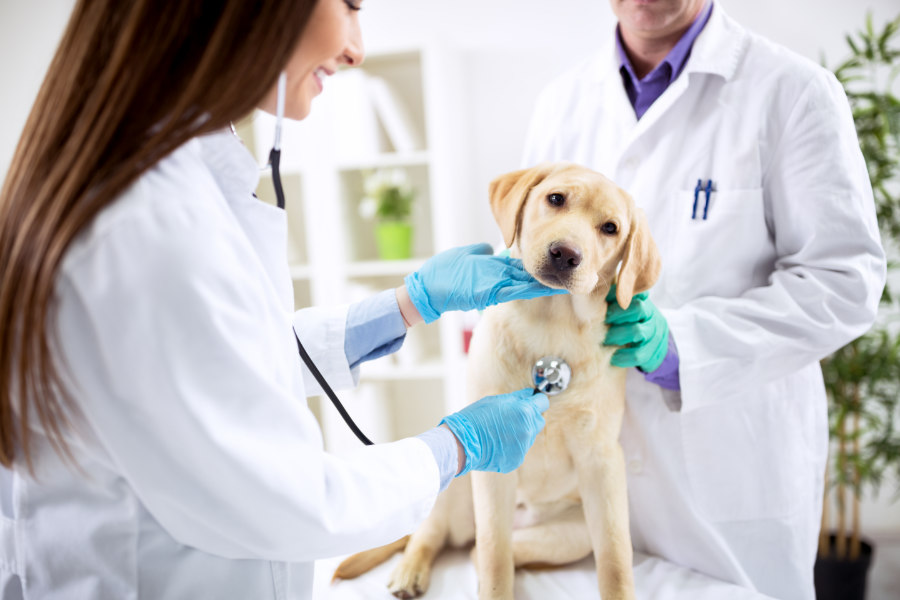 If you notice your dog itching or scratching its ear a lot, or vigorously shaking its head, your pup could have some ear mites.

However, we advise against self diagnosis and recommend making an appointment with a vet to get an expert to look at the potential issue.

Treatment can be relatively straightforward, although in some more serious cases, the consequences can be quite extreme.