Why Do Dogs Roll In Poop? 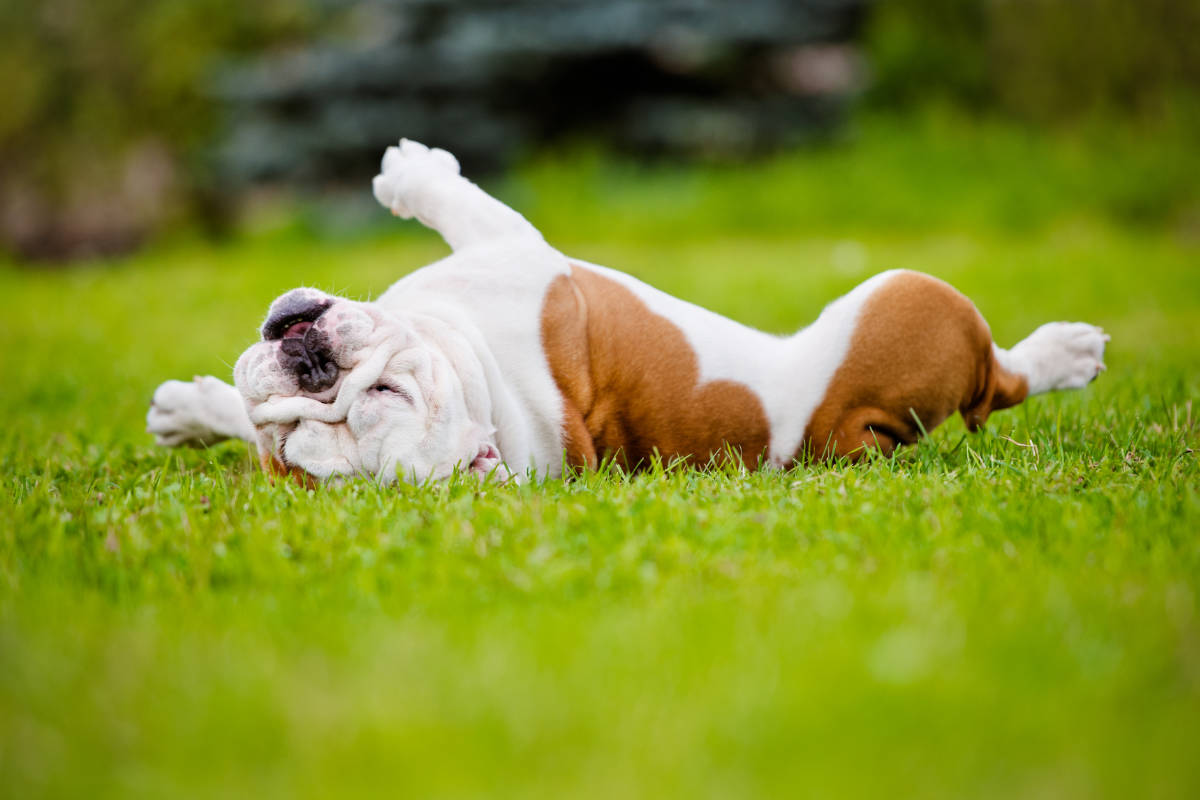 Why do dogs roll in poop?

If you own dogs like me, you’ve probably pondered why your canine companions jump at the chance to roll in cat poop, fox poop, horse poop and more.

There’s nothing more frustrating than giving your dog a bath, only for your furry pooch to roll in some stinky animal feaces on their next walk.

You may have also noted that your pup always rolls on the bed, the sofa or the carpet after a bath.

In a bid to learn more about this peculiar dog behavior, we contacted five experts and we asked them: “why do dogs roll in poop?”

Dogs Prefer To Have A Scent

There is no clear explanation as to why dogs roll in poop, only theories. We have seen that dogs, just like humans, prefer to have a scent, and unfortunately for us, at times they like bad smells — trash and yes, sometimes feces.

There are other theories though that explore the canine ancestry and their instinct to hunt.

In this line of thinking, in order to be an effective predator, dogs may mask their own scent to match their victim’s so their prey becomes less on guard and in turn an easier target.

So, the next time you are out walking your dog and they happen to want to roll on poop just know it’s not smelly for them only for you. And a bath is certainly required thereafter!

As disgusting and questionable as it is seeing your dog roll in poop, there are valid reasons why they do it.

Some of these reasons include the following:

• They are camouflaging their scent – If your dog lived in the wild, they would have to hunt for their food. By coming across a scent that is likely to be of their prey, they may dive right into it and camouflage their personal scent.

By masking their scent, the prey would not be able to easily recognize their predator coming.

With this being said, you may see your dog rolling in the poop of cats, deers, etc.

• Marking their territory – Most of us owners are accustomed to seeing our dog urinating/defecating to mark their territory however, rolling in poop can be another form of marking for your dog. If they see foreign poop, they may physically roll in it to rub their scent over it. This behavior can mean that they are simply dominating a territory or leaving their scent for warning purposes.

• Dogs just like smelly things – If you haven’t noticed, your dog may love diving into the trash or the dirty laundry and picking out a day old sock.

This is because they just enjoy all these various scents.

Cat poop in particular, many dogs have an addiction for. They are so excited by the scent, they either eat it or roll in it. Just think of it as they want to take in the smell in every way possible !

Overall, your dog may roll into poop not to piss you off but to mark their territory, enjoy the scent, or camouflage within the scent. 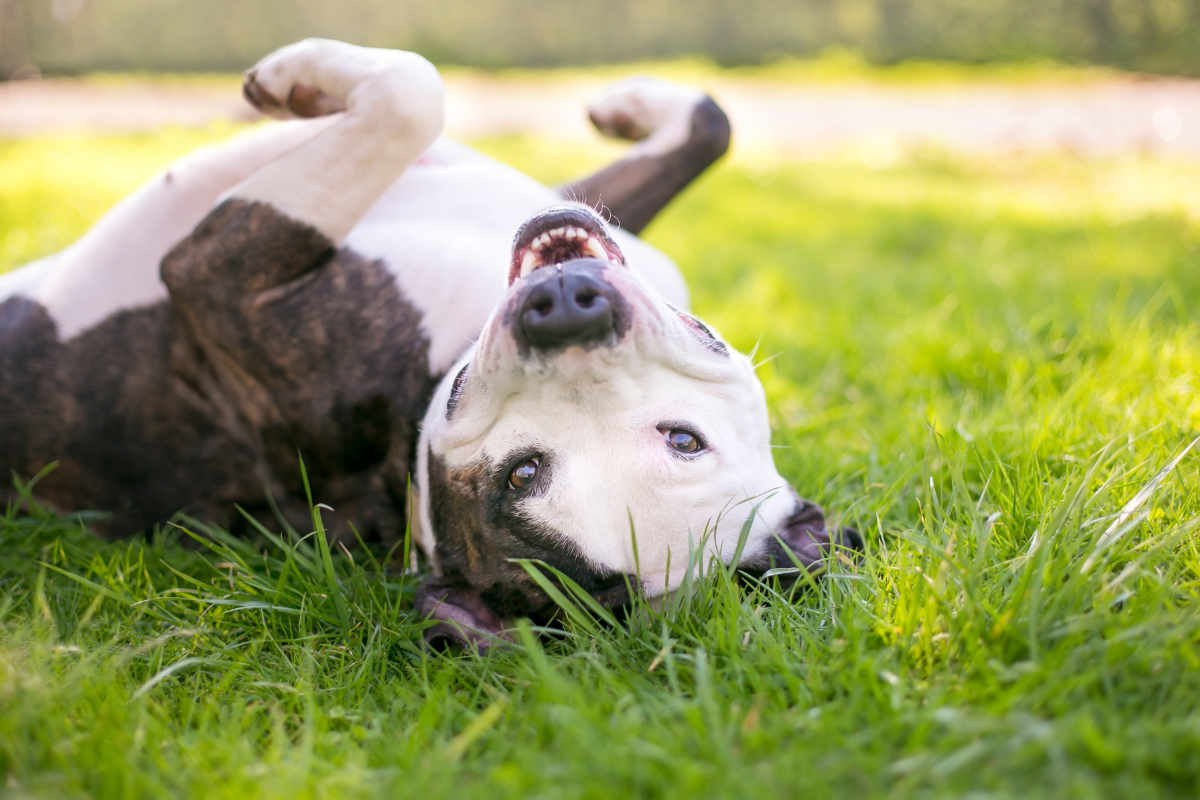 Theories abound as to why dogs and their relatives like wolves, coyotes, and foxes roll in poop. The most commonly heard explanation is that these animals are trying to camouflage their own smell by covering it up with a stronger odor. This could have been helpful when the ancestors of modern dogs were either hunting or being hunted, and the behavior has simply persisted into modern times.

Another possibility is that dogs roll in poop to bring the scent of what they’ve found in their environment back to their pack. Now that humans constitute most of a dog’s pack members, we’re the “lucky” recipients of this information.

Or perhaps dogs are trying to cover up the scent markings of other animals by depositing their own smell and carrying the other animal’s scent away. This could be a useful tactic when a dog is trying to claim possession of a territory.

Pet parents may inadvertently reinforce their dog’s poop-rolling behavior by reacting strongly to it. Yelling, running toward your dog, and pulling your dog away are all forms of attention, and dogs crave attention, even when it seems negative to us.

The few scientific studies that have been done on the subject haven’t yet provided a definitive answer as to why dogs roll in poop. 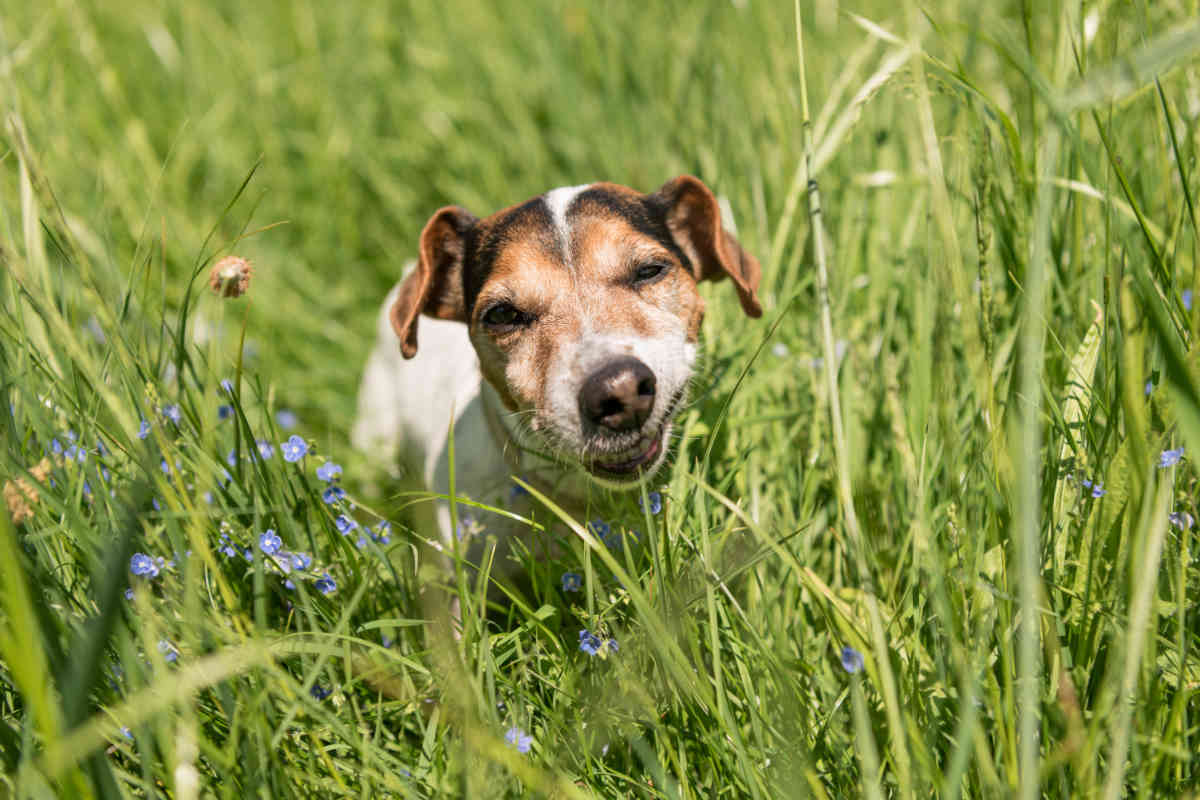 An Instinctive Behavior Driven To Disguise Their Scent

As a professional animal communicator with 30 years experience, I have actually asked dogs why they roll in poop. The answers have varied but the main reason is that it is an instinctive behavior.

They are a predator and roll in lots of stinky things in order to disguise their own scent. They also will roll in the remains of a dead animal for the same reason. They hope that by disguising their scent, they can get closer to an animal that they consider prey. If they don’t smell like a dog, they may have the opportunity for surprise on whatever prey they are hunting.

Even though most dogs hunting is relegated to hunting for treats their owners hide, the instinct remains the same.

The type of poop doesn’t matter although I have had personal experiences with dogs rolling in human feces (on a camping trip), wet cow poop and the all time favorite at our house is horse manure. They will also dive for road kill should I be out walking them where something dead has been pushed to the side of the road.

I have also noticed that they are more insistent on rolling in poop after a bath. They may feel that their own dog scent is particularly strong after all of the other smells have been removed. So all in all, it is just an instinctive behavior driven to disguise their own scent for the purposes of hunting prey. 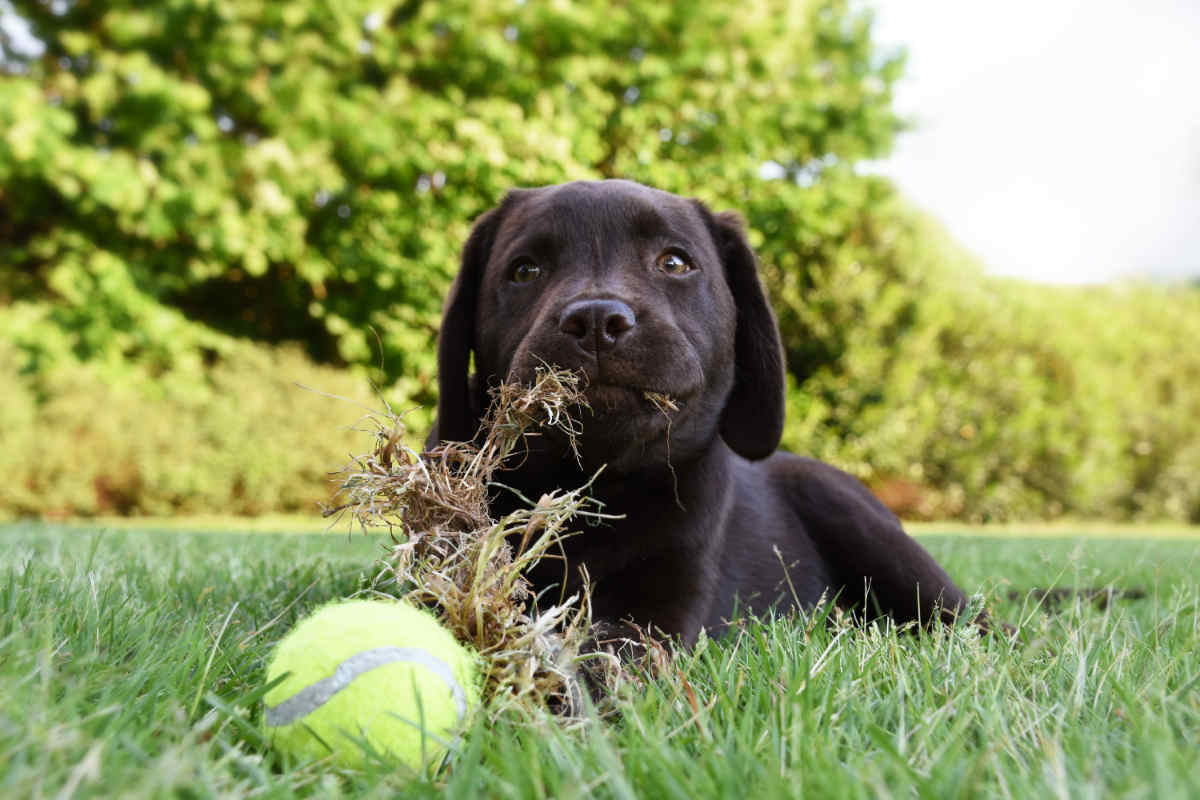 Provides A Welcome Boost Of Dopamine

As a dog trainer, I often get asked about what makes roll in poo.

• They smell great – It’s true, they think they smell absolutely fantastic when they have just rolled in poo. Think of it as a doggy perfume, ideal for attracting a mate. However, it is also an evolutionary habit. Back in their wild days as wolves, rolling in the poo of their prey means that they disguised their own scent. It makes it a lot easier to sneak up on dinner.

• Feeding the pack – Both wolves and dogs have been seen to roll in the scent of a kill or corpse. Behaviourists reckon this is a way of bringing the scent of the kill home to the pack, ensuring they all find their way back.

• A rush of dopamine – Of course, rolling also feels good and provides a welcome boost of dopamine that keeps their mood up and makes them happy. Sometimes, explanations truly are as simple as this!

Ways To Save On Vet Costs (6 Experts Share Their Tips)

Why Do Cats Sleep So Much?