Where Can I Buy An Alaskan Klee Kai Puppy?

Alaskan Klee Kai are a dog breed that originated in Alaska in the 1970s.

The breed was founded by an American lady called Linda Spurlin who wanted to create a companion-sized husky dog.

Spurlin didn’t make her Alaskan Klee Kai available to the public until the late 1980s due to popular demand.

Having been granted status by the United Kennel Club in 1997, Alaskan Klee Kai have become increasingly popular over the past decades.

If you’re looking to get an Alaskan Klee Kai puppy, you’ll want to take appropriate measures to ensure you don’t fall for a scam.

In this article, we’re going to take you through the steps you should take to find a reputable Alaskan Klee Kai breeder.

Alaskan Klee Kai were a breed created by a lady called Linda Spurlin in the 1970s. She encountered an undersized husky during a trip to Colorado. Spurlin ended up adopted this dog, aptly called Curious. Her new dog received so much attention upon her return to Alaska, she decided to set about creating companion-sized huskies. The Alaskan Klee Kai was born.

Her little dogs started to grow in notoriety throughout the 1980s. Although Spurlin initially had no plans to make her Klee Kai available to the public, she finally did so in 1987. A decade later, Alaskan Klee Kai were granted status by the United Kennel Club (they’re also recognised by Federation of International Canines, the American Rare Breed Association, Canine Rarity Shows).

According to a UKC report in 2014, there are over 13,500 AKK in the USA. Speaking to hellobark.com in 2019, AKKAOA president Alicia Beider said there were around 10,000 Alaskan Klee Kai registered with the UKC.

The UKC state that three colors are acceptable for Alaskan Klee Kai. These are black and white, gray and white and red and white. The Mini Huskies can also come as predominantly white or predominantly black – although these colors don’t meet the breed standard so they’re considered a fault.

These Mini Huskies can have blue eyes, brown eyes, bi-eyes and parti-eye.

Considering Spurlin set about creating these dogs to be companion-sized huskies, it should be no surprise that Alaskan Klee Kai like to be around their pet parents. They’ll quickly become bonded to their owners.

Alaskan Klee Kai can sometimes settle on one member of the family and effectively become their shadow around the home. These dogs love nothing more than to cuddle up on the sofa or the bed.

Some Klee Kai can be shy around people they don’t know, so it’s a good idea to socialise these dogs from a young age to prevent shyness becoming a long-term issue.

Separation anxiety is a chronic canine disorder that can affect some members of the Alaskan Klee Kai breed. They may not be suited for people who have to spend long periods away from home.

While not all Klee Kai have poor recall, they do have a reputation for struggling with regards to this area. However, it’s an issue that can be worked on with regular training from a young age.

They do tend to have a high prey drive as well as being escape artists. So you’ll want to ensure you garden or yard is properly secured in case they go chasing gophers or squirrels.

If you’ve decided Alaskan Klee Kai are the breed for you, it’s crucial you do vital research about the breed and breeders.

You’re first stop should be the Alaskan Klee Kai breeder directory on the Alaskan Klee Kai Association of America’s website (or you can see the list on hellobark.com). The AKK breeders listed have signed up to the organisation’s code of ethics, which means they’re being held to a certain standard.

In our opinion, you shouldn’t stray from the breeders listed if you want to be certain you’re getting a happy and healthy pup from an ethical and responsible breeder.

The Alaskan Klee Kai breeders on this list can be found all around the world. Admittedly, most of the breeders are located in the United States as well as other places such as Australia, Europe, Russia and Singapore.

Alaskan Klee Kai have an average price range of $1,500 and $3,000 dollars. You shouldn’t spend more or less than these figures. If you encounter a supposed breeder charging less than $1,500, you should approach with caution. Similarly, breeders charging exterminate prices should be avoided.

The AKKAOA’s website has the following to say where Klee Kai price is concerned:

AKKAOA does not govern what breeders should ask for their Alaskan Klee Kai. Some things that may influence the price may be, location of the breeder, your location, what quality you are looking for, bloodlines and the potential quality the dog/puppy. On an average anywhere from about $1500 to $3000 (more or less).

Alaskan Klee Kai can vary in price depending on coat color and eye color. For example, some breeders may charge more for Klee Kai with blue eyes or a red and white AKK.

When you’ve decided upon a breeder, you’ll usually have to place a deposit to get on their waiting list. Most breeders will require prospective owners to fill out a detailed questionnaire so they can ascertain whether you’re a suitable owner.

At this stage, it’s a good idea to ask your AKK breeder plenty of questions.

Alaskan Klee Kai breeders will usually offer helpful advice and tips to new AKK owners. These can make the initial weeks with your Klee Kai pup a little easier.

In my experience owning two Alaskan Klee Kai dogs, one of the first things you need to sort out his their food. Most breeders will recommend continuing with the puppy food your little Klee Kai was eating before you picked them up. You can slowly transition your Alaskan Klee Kai to new food if you’ve got a certain brand or type in mind.

Of course, you’ll need lots of poo bags. I found getting a litter box and cat litter to help with potty training. You may want to purchase a tarp to put under your litter box to protect carpets or hardwood floors.

Alaskan Klee Kai need to be socialised from a young age, so getting a puppy carrier to transport your new arrival is key.

Alaskan Klee Kai are a relatively healthy breed but they can suffer some issues. If you decide to bring home a Klee Kai, the first thing you should do is set up pet insurance for your dog. This will protect against any illnesses or emergencies. You can check out the best pet insurance options here. 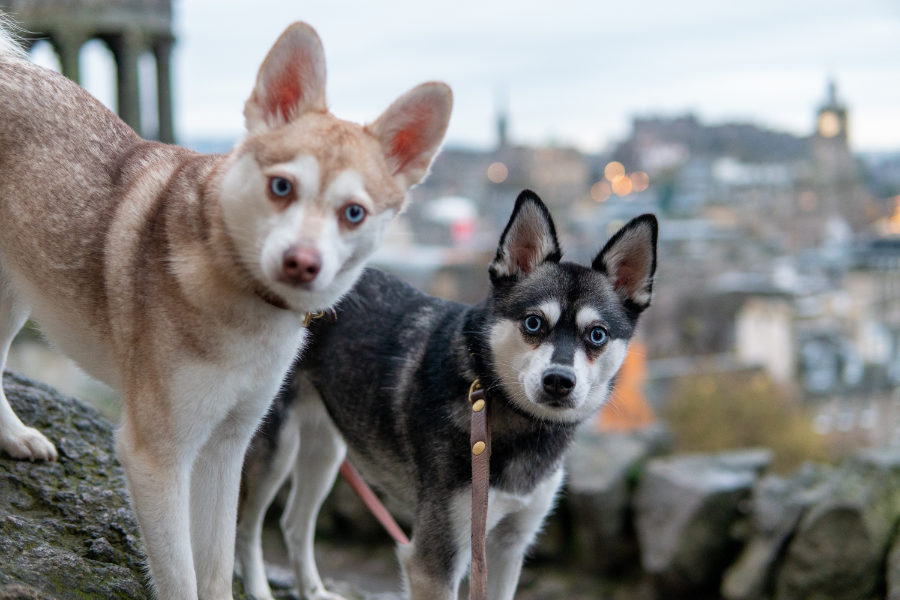 So there you have it, we’ve reached the end of our article on Alaskan Klee Kai. You can get three different sizes and colors. They usually cost between $1500 and $3000.

We recommend using a breeder listed on the Alaskan Klee Kai Association of America’s website. You should avoid buying a Klee Kai from a pet store, online or through a third party dealer.

Why Do Puppies Cry At Night?