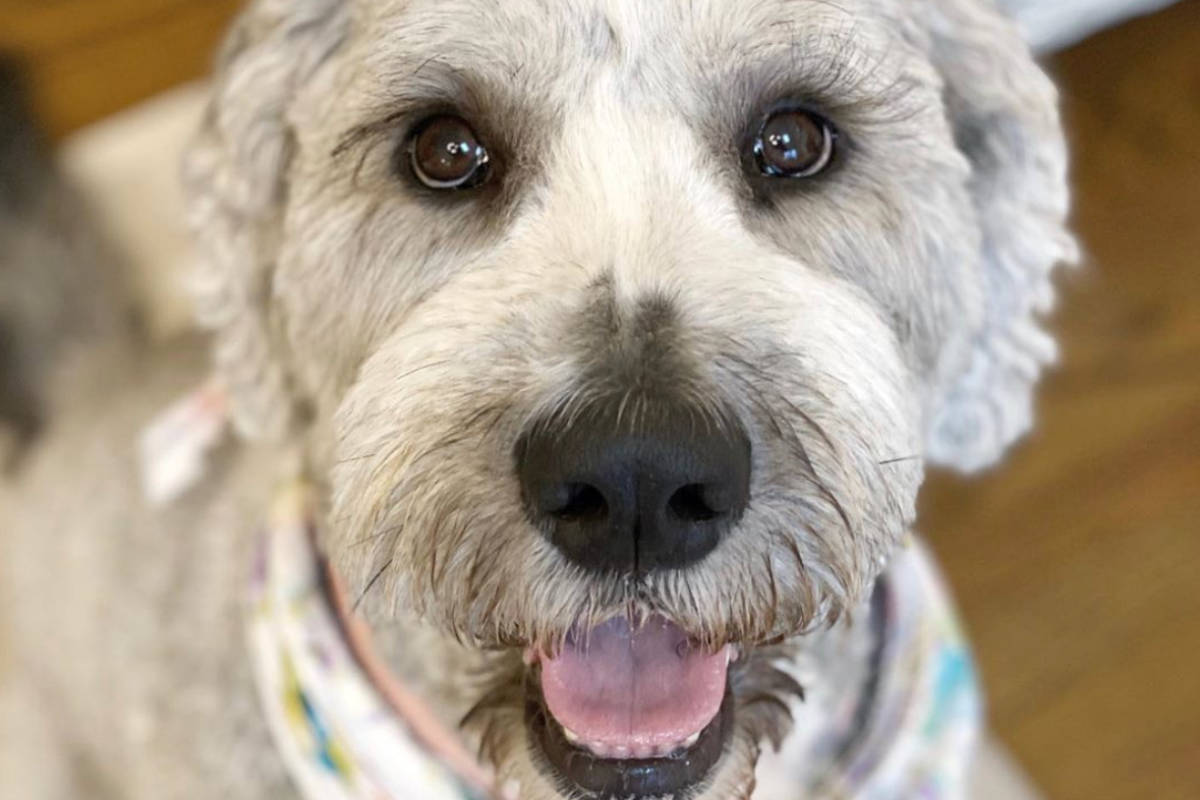 Saint Berdoodles are a cross between a Poodle and a Saint Bernard that can have pros and cons like any other dog breed.

They’re a mix that can embody the traits of both their Poodle and Saint Bernard parent.

For instance, some Saint Berdoodles can have the hypoallergenic qualities associated with the Poodle breed.

Alternatively, they could inherit the gentle temperament of their mountain dog parent the Saint Bernard.

As a relatively new cross breed, there isn’t a lot of information about Saint Berdoodles online.

In an attempt to shed more light on these so-called designer dogs, we spoke to a number of Saint Berdoodle owners to get an insight about the cross breed. 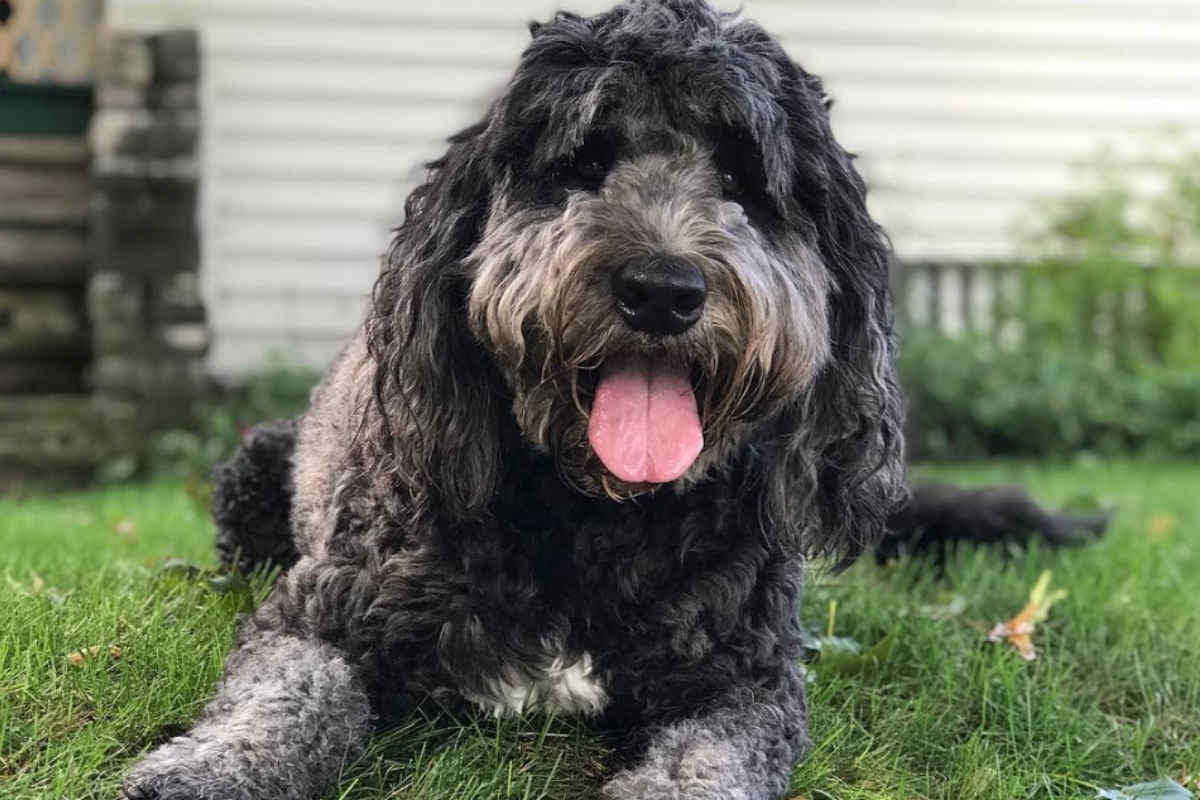 Saint Berdoodles can be easy going dogs that don’t have the bounce and the energy of the Poodle. The Saint Bernard has a reputation for being a relatively laidback dog breed that get along with family members, new people and pets. Switzerland’s national dog breed has a reputation for being the quintessential example of a gentle giant, as popularized by Hollywood films in the 1990s and 2000s. The Saint Berdoodle could inherit the calm temperament of the St Bernard.

John explained that Rosie is affectionate and likes to cuddle.

Rosie is super affectionate, really enjoys cuddling and laying in your lap whenever possible, until she gets too hot.

Poodles are quite energetic dogs given the French breed were used to for hunting game. The Saint Bernard, on the other hand, is less active than the Poodle. So there’s a chance you could get an active Saint Berdoodle and a lazy Saint Berdoodle. Based upon our research into the cross breed, it appears that Saint Berdoodle are more low energy than high energy. Saint Berdoodles will benefit from a couple of short walks a day.

Saint Bernard are calm and patient dogs that can make an excellent choice as family pets. This trait can be carried over to the Saint Berdoodle. Their size means they’re robust enough to mix with children over the age of 10 and teenagers. Saint Berdoodles can inherit the guardian nature of the Saint Bernard. They can develop a deep bond with family members, becoming protectors of the family and the family home. Having said that, their sheer size means you should never leave a child alone unsupervised with a Saint Berdoodle.

Saint Berdoodles make EXCELLENT family pets and she is very tolerant with our toddler. Super gentle, even when stealing snacks from little hands.

Saint Berdoodle could have hypoallergenic qualities inherited from their Poodle parent. The American Kennel Club write on their website that there’s no such thing as a completely hypoallergenic dog breed. Having said that, the AKC does put forward the Poodle as an example of a dog that has hypoallergenic qualities. While the Poodle doesn’t shed much if at all, Saint Bernards go through shedding seasons. So there’s no guarantee that your Saint Berdoodle won’t shed to some degree.

Amber explained that Mae is an example of a low-shedding Saint Berdoodle.

Saint Berdoodle’s can be hypoallergenic depending on the generation. Mae is and F1 and she inherited the Poodle coat. She rarely sheds.

As we touched upon above, the Saint Bernard is an example of a gentle giant dog breed that will protect the family and the family home from any outside threats. This protectiveness is ingrained into their genetic make up. Their sheer size means that the Saint Berdoodle should offer a sufficient deterrent to any potential intruders. 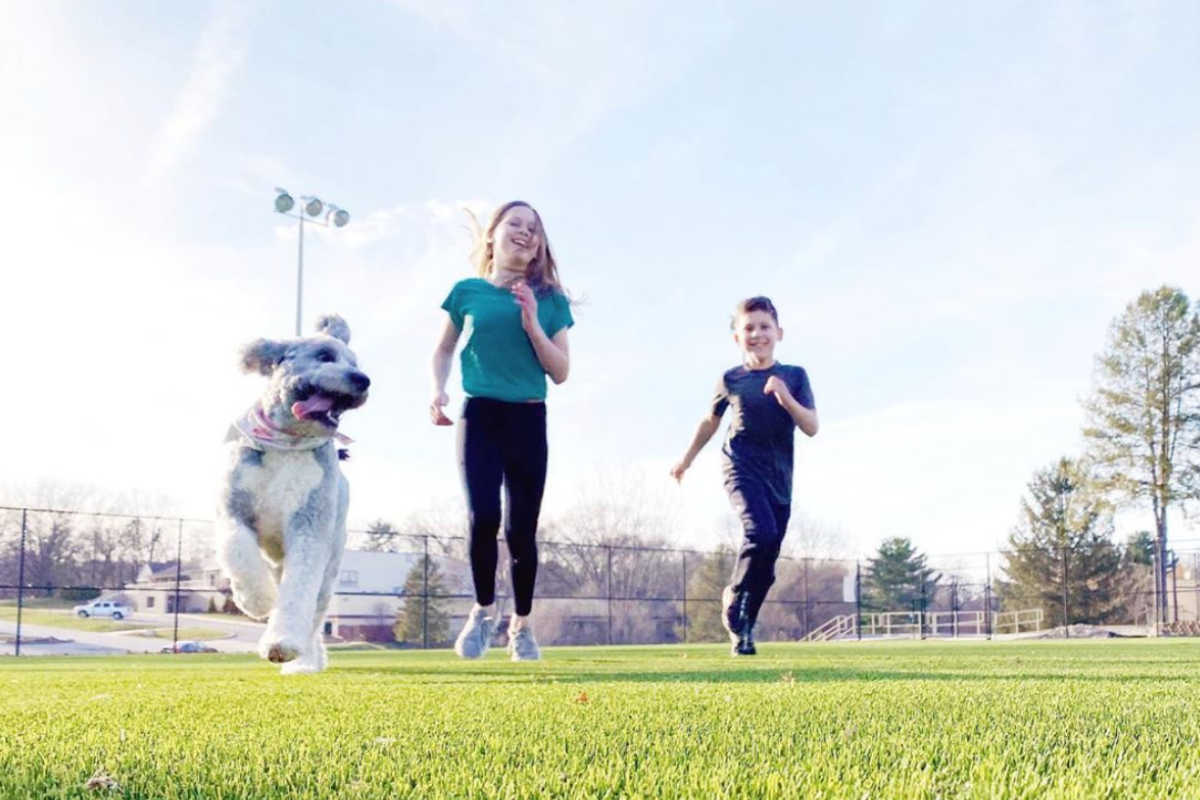 Amber shed light on some of the issues associated with Saint Berdoodle size.

While we have loved having a big dog, it brings up a few issues. Because of her size, we have to be very careful when friends bring their toddlers into our home. It’s never happened before, but she could accidentally knock a toddler down without realizing it. It also took a few years for my youngest son to be able to walk her without me holding the leash because of her size.

John felt that Saint Berdoodle lifespan is an example of a con.

The only con I can think of is that no one really knows how long they will live as they are a newer cross breed.

While you won’t have to worry about dog hair getting everywhere, you’ll still have to be prepared to regularly brush your Saint Berdoodle. They’ll need brushing multiple times a week to make sure their hair doesn’t become matted or tangled. Their hair can grow quite long so you may need to take your Saint Berdoodle to a professional groomer every two or three months to get a haircut.

Amber gave us an insight into her Saint Berdoodle’s grooming regime.

As a so-called designer dog breed, you can probably figure out that these dogs can be quite expensive to buy. Your first task will be finding an ethical and reliable breeder that you can trust. The Saint Berdoodle aren’t a common Doodle breed so it can be tricky to find a trusted breeder. Based upon our research, the average cost of a Saint Berdoodle puppy appears to be around $2,000.

While the Saint Berdoodle is a mix breed, they can still be prone to some health issues. While you’ll need to groom your Saint Berdoodle regularly, it’s a good idea to frequently check their ears and eyes to make sure hair isn’t getting in the way or no infections are spreading. Saint Berdoodles can struggle with hip dysplasia, which isn’t uncommon amongst big dog breeds. Some of the other health problems to keep an eye out for include distichiasis, gastic torsion, sebaceous adenitis, Addison’s disease and Mitral Valve disease.

Amber explained that Mae hasn’t shown any signs of disease.

They can have health problems. They are prone to getting hip dysplasia. Luckily, Mae has not shown any signs of the disease.

She hasn’t had separation anxiety at all but might start to after this pandemic! We leave her home for 8-12 hours at a time and she never has an accident in the house. She tore up 1 shoe when she was a puppy, but isn’t afraid to do a little counter surfing if you leave something out!

If you’d like to learn more about the pros and cons of the Saint Berdoodle, you could always seek out owners of the mixed breed on social media.

In our experience, pet parents are more than forthcoming with information about a breed or cross breed to help others. 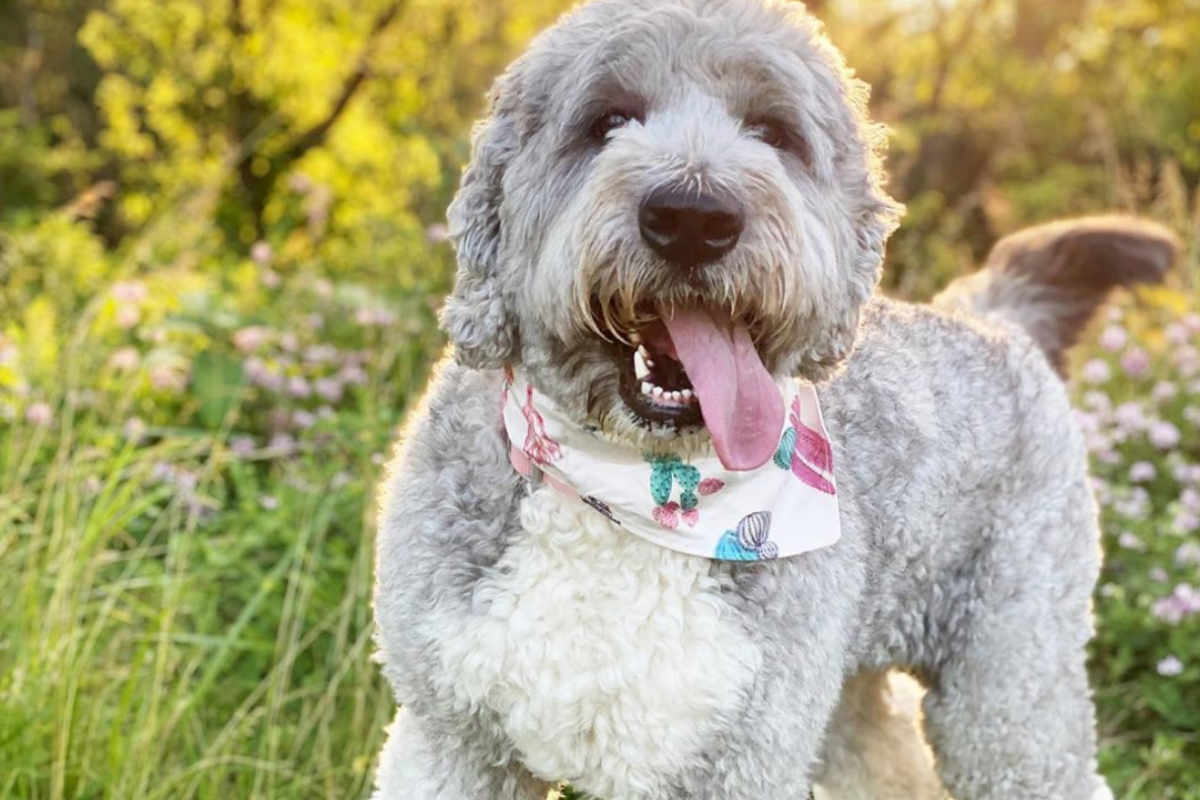 We’ve reached the end of our feature on Saint Berdoodle pros and cons.

Saint Berdoodles are a cross between a Poodle and a Saint Bernard that can embody the traits of both breeds.

Saint Berdoodles can have low-shedding coats with hypoallergenic qualities, but there’s no guarantee because Saint Bernards do shed quite a bit.

Best Pet-Friendly Universities in the USA